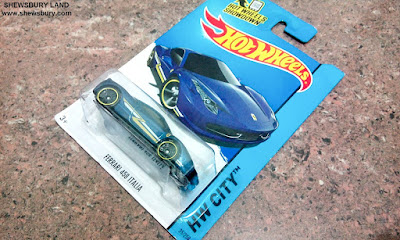 This is another Ferrari 458 Italia that will compliments my personal collections, I have a few of this model in my collection but we still have lust for it, can't get enough of it....

I have several reviews about the scale model of this car in which you can read further from the links below:


Thus this time around, I wont bother to explain much about the background of the actual car model but rather I will directly focus on this die-cast car model instead: 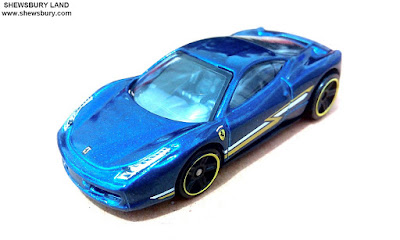 Unusually, I will first and foremost make comparison of this blue Italia with the black Spider which is also produced by Hot Wheels: 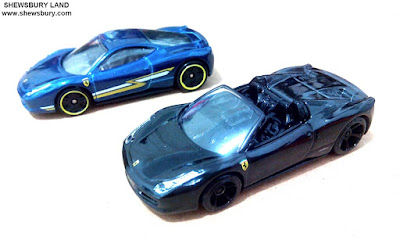 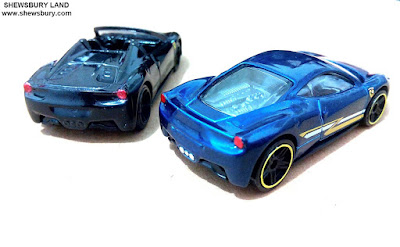 Naturally from what we can see, apart from the missing roof and the visible engine bay, the mould or the cast are basically from the same exact model but with a little bit of modifications to make it a "Spider" or a roadster.

I personally like the Spider because of the simple plain color scheme and the "Pininfarina" logo are visible clearly on the right side of the body, something that is missing on the blue Italia. 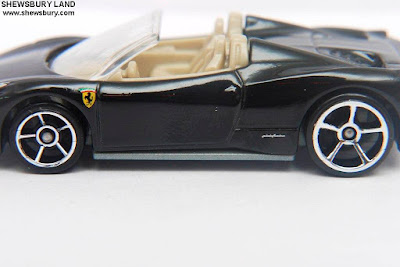 Furthermore, I dislike those stripes at the side... I wonder who would really put such stripes on this already beautiful car. I think I simple plain blue without the stripes and visible "Pininfarina" logo will be more meaningful to me than those stripes....

Other than that, I don't have any further complains, the casting quality is pretty good while the painting finishing is not bad, again those stripes - I don't fancy them on any Ferrari at all... 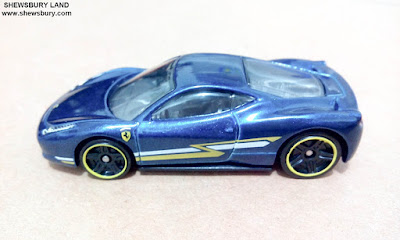 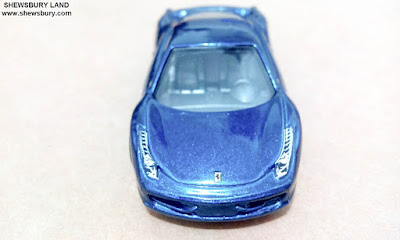 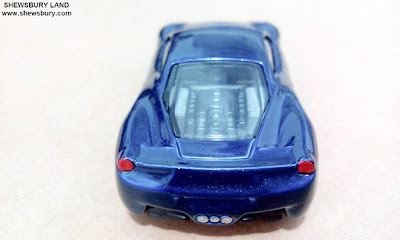 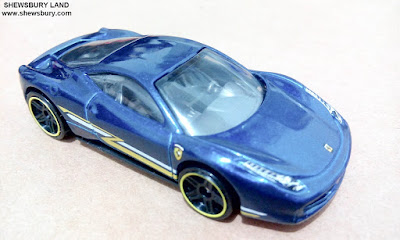 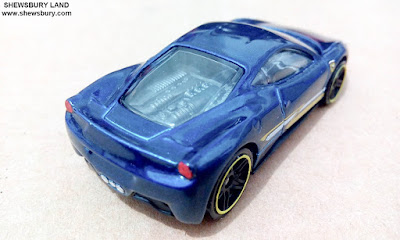 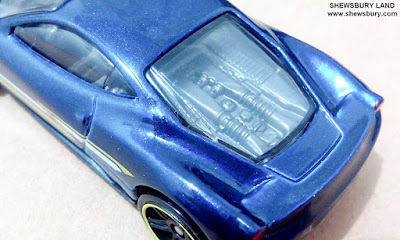 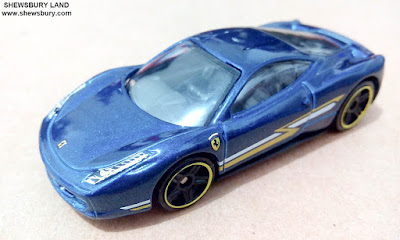 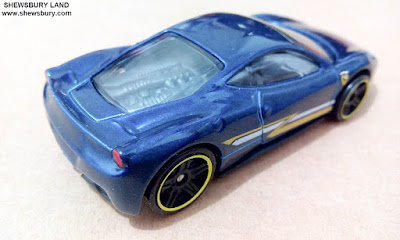 Overall, a decent Ferrari 458 Italia in blue color that comes with less decent "Z" shape stripes (typical additional flavor of Hot Wheels) at the side and minus the "Pininfarina" logo, you get what you pay, nothing more nothing less. Even so, if you love to collect Ferrari 458 Italia die cast scale model, this is better than nothing.