Finally, after 2 weeks of waiting since it's released, we now have the long awaited additional Revoltech figure from the popular Sengoku Basara anime/video games series, the magnificent Chosokabe Motochika.

I first learned about this great Sengoku icon from my favorite Sony PS2 game - Kessen III. In that game, Chousokabe Motochika is really a though villain to beat and every time you face him it will be a long though battle with some casualties.

Chōsokabe Motochika (長宗我部元親?, 1538 – July 11, 1599) was a Sengoku period daimyo in Japan. He was the 21st head of the Chōsokabe clan of Tosa Province (present-day Kōchi Prefecture). He was the son and heir of Chōsokabe Kunichika and his mother was a daughter of the Saitō clan of Mino Province.

In 1575, Motochika was victorious at the Battle of Watarigawa, gaining control of Tosa Province. Over the ensuing decade, he extended his power to all of Shikoku. However, in 1585, Hashiba (later Toyotomi) Hideyoshi invaded that island with a force of 100,000 men, led by Ukita Hideie, Kobayakawa Takakage, Kikkawa Motonaga, Hashiba Hidenaga, and Hashiba Hidetsugu. Motochika surrendered, and forfeited Awa, Sanuki, and Iyo Provinces; Hideyoshi permitted him to retain Tosa.

Under Hideyoshi, Motochika and his son Nobuchika participated in the invasion of neighboring Kyūshū, in which Nobuchika died. In 1590, Motochika led a fleet in the Siege of Odawara, and also fought in the Japanese invasions of Korea in 1592.

Motochika died in 1599 at age 61 at his mansion in Fushimi. His successor is Morichika Chosokabe.


For now, let's have have a look at this figurine; 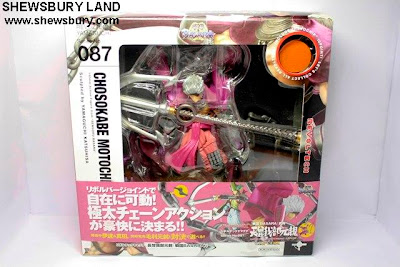 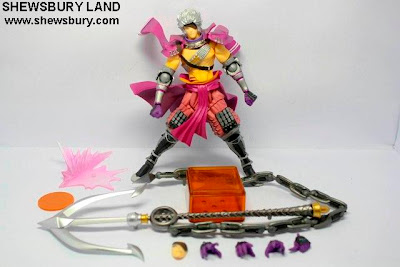 The figure, the standing effect part that can be used as standing base, the Revoltech coin, the strange weapon that looks like an anchor... I nicknamed it as "deadly anchor", the extra face expression, the extra hands and the Revoltech storage box. 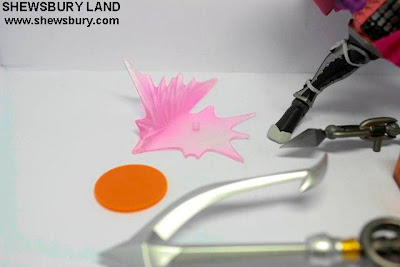 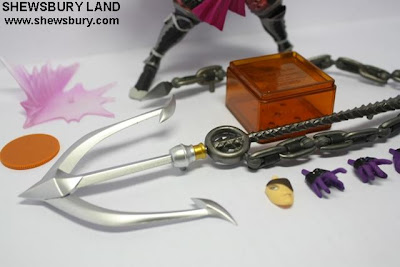 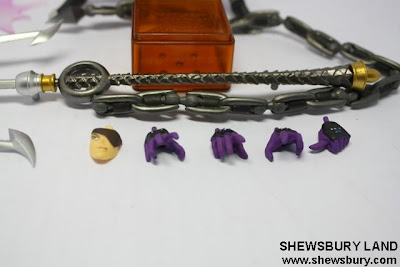 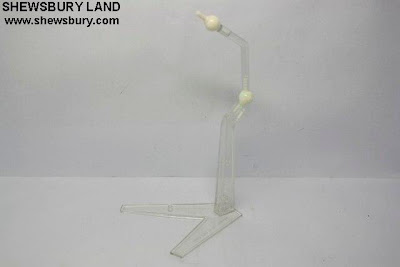 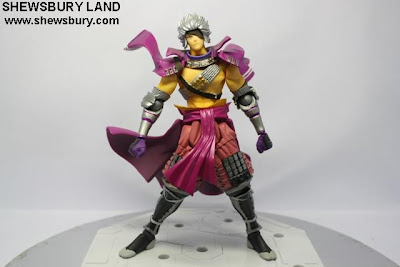 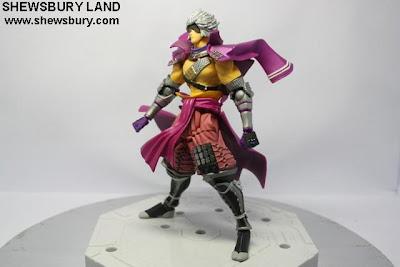 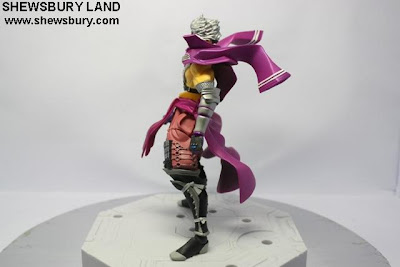 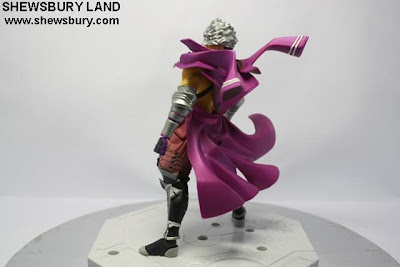 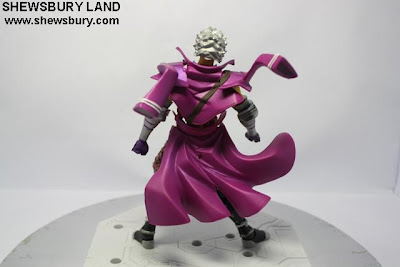 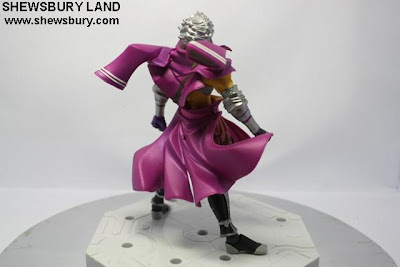 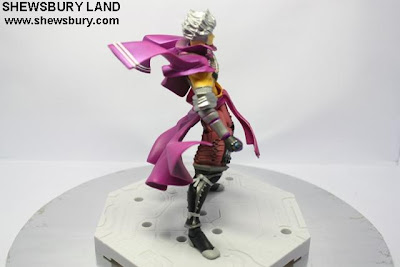 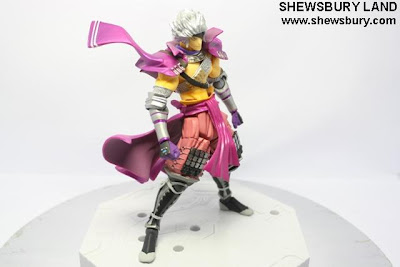 Articulation is pretty good, this is Revoltech after that we talk about here so I dynamic action pose is never a problem due to many of the articulation and pivot points available on this figure.

I hope these 3 photos is enough for articulation test; 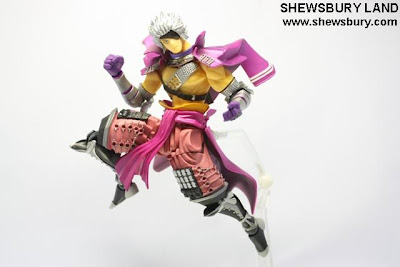 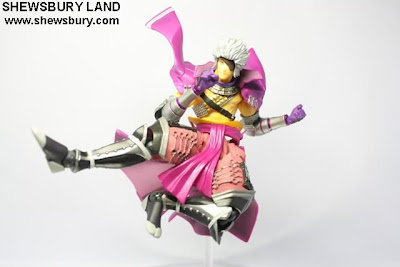 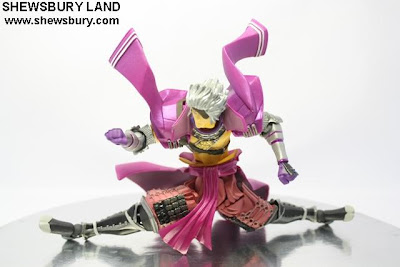 Some of you probably have seen the review of this figure on other websites or blogs and therefore I will just upload a few photos for the action pose; 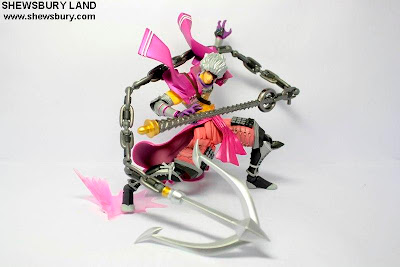 That "deadly anchor" is sure a very unique weapon and fun to use if you can handle the weight. They use Revoltech joints on the chain parts so that you can bend it as you wish in accordance to the action pose that you want to do... 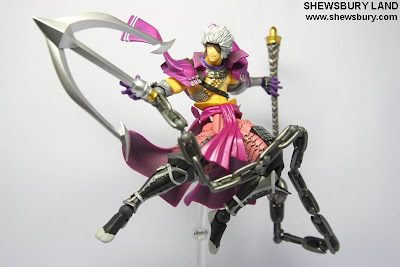 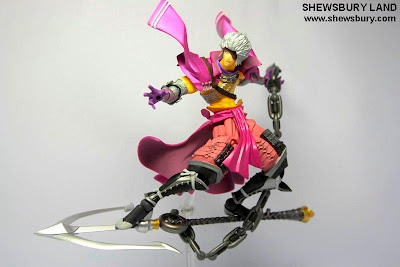 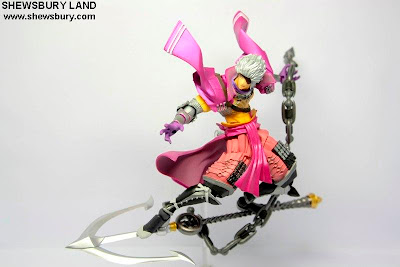 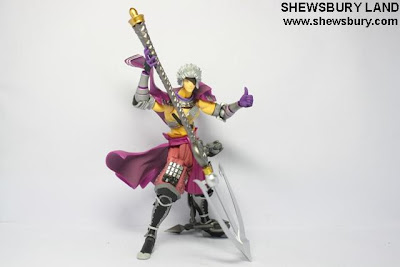 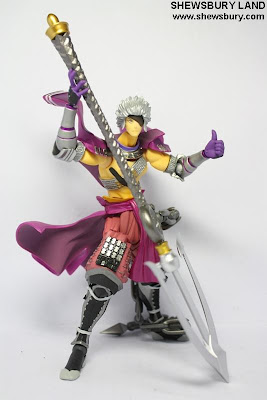 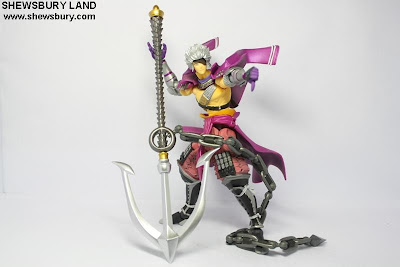 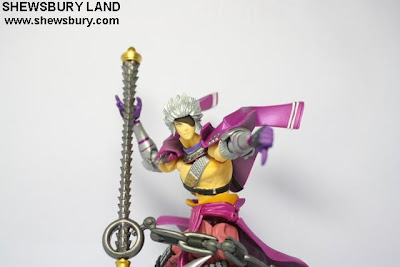 Complains? Well this figure - just like any other is not perfect after all... there is always things that you wish to be better or to be designed in a different way in which you have no clue what is that different way anyway.... but once you have and hold this figure, you can basically get the idea of what could Revoltech improve on this and that area.

To make short.. I just show you these few photos highlighting the area where I think it could be better... 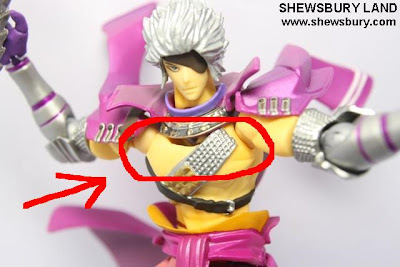 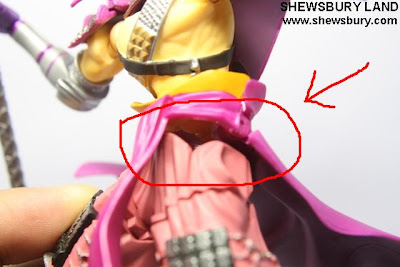 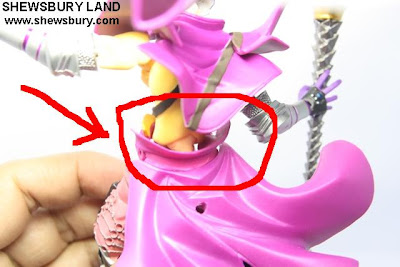 But then again, I think what ever that I highlighted in the photos above, it is more into cosmetic concern according to my experience and liking... people have different opinion... some of you might think that those petty things is never a problem at all...

You can get this action figure from HLJ = http://www.hlj.com/product/KYD010247