Just like the previous Revoltech Chosokabe Motochika that we reviewed here, this is another character from the popular Sengoku Basara anime/video games series, the green Mouri Motonari which also appear in my favorite Sony PS2 game - Kessen III.

This is the review of Revoltech Mori Motonari from Kaiyodo.

Mōri Motonari (毛利 元就, Mōri Motonari, 1497–1571) was a prominent daimyō in the west Chūgoku region of Japan during the Sengoku period of the 16th century.

Sandwiched between the powerful Amago and Ōuchi clans, Motonari led the clan by carefully balancing actions and diplomacy. Eventually, Motonari succeeded in defeating both and controlled the entire Chūgoku area. In his late years, he crushed the Ōtomo clan of Bungo province.

He had three sons, Mōri Takamoto, Kikkawa Motoharu, and Kobayakawa Takakage, whom he encouraged to work together for the benefit of the Mōri clan. In one instance, he is said to have handed each of his sons an arrow and asked each snap it. After each snapped his arrow, Motonari produced three arrows and asked his sons to snap all three at once. When they were unable to do so (according to a legend still taught today), Motonari explained that one arrow could be broken easily, but three arrows held together could not.

His eldest son, Mōri Takamoto died of a sudden disease, some say poisoning, while enroute to attack the Amago clan. Saddened and angered by his death, Motonari ordered all those responsible to be punished.

For now, let's have have a look at this figurine; 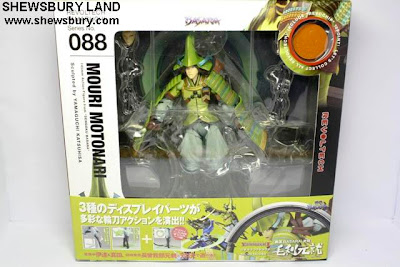 Out of the box, you will get the figure, the Revoltech storage box, Revotlech coin, extra face expression, extra hands, the unique ring-shaped blade which I nicknamed as "hula-hoop blade", those extra effects green parts and of course the Revoltech display stand. 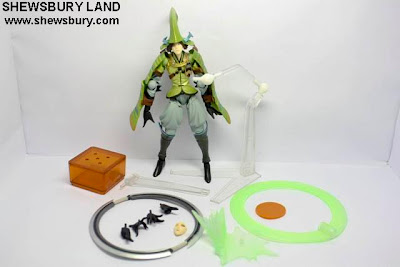 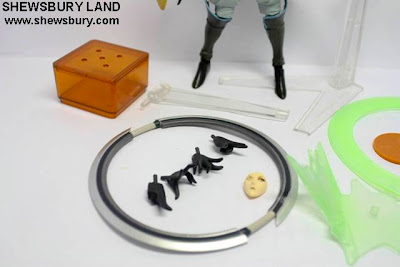 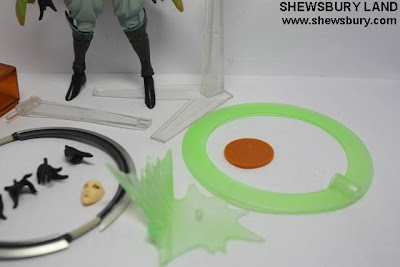 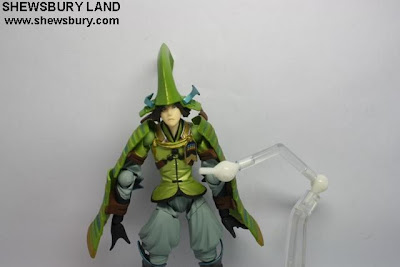 Let's look around at the figure body... 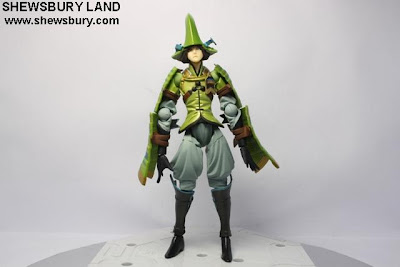 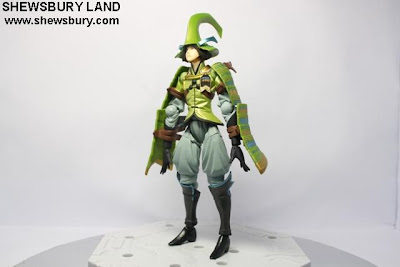 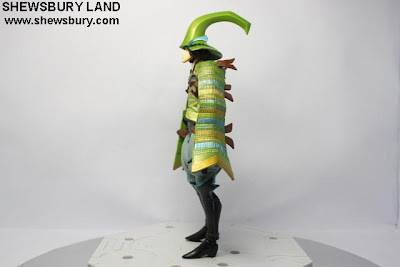 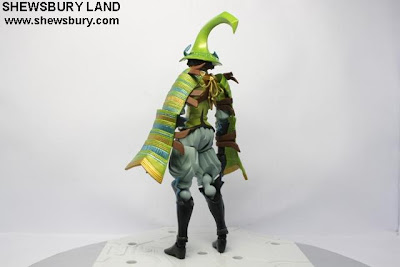 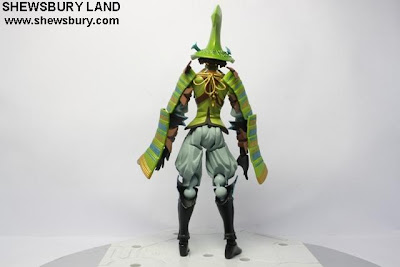 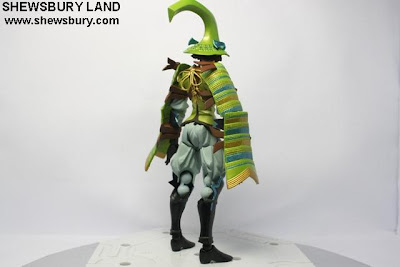 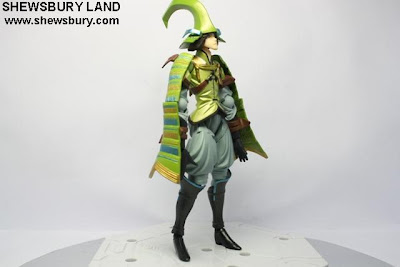 Not really a happy mood kind of face... 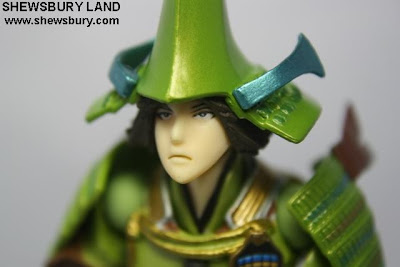 This guy certainly have a unique kind of clothing style... 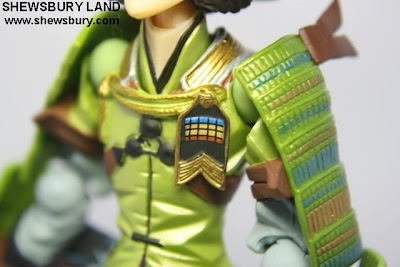 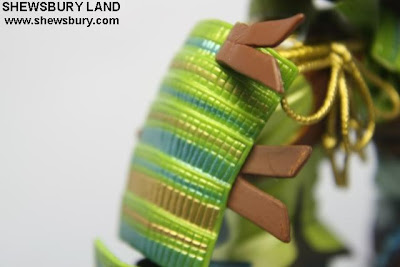 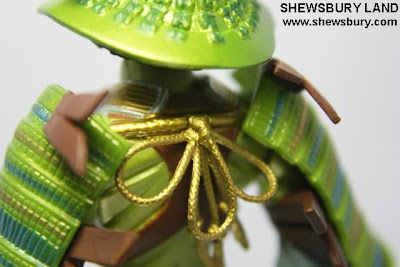 Articulation is good, not much to complain, it is Revoltech after all... 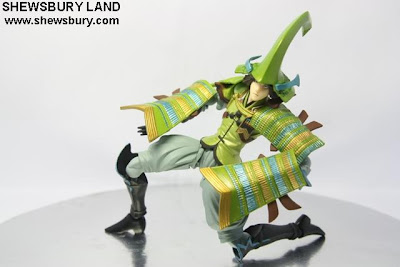 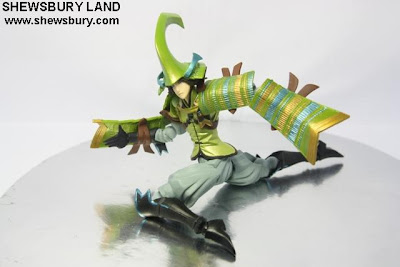 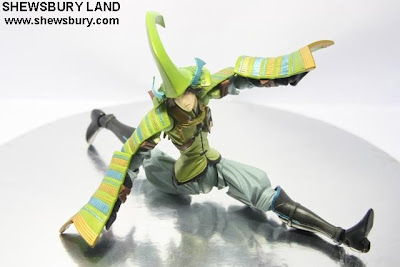 And now some action pose with those unique weapons.... 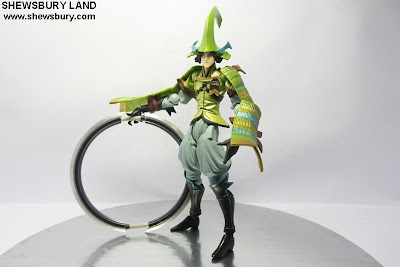 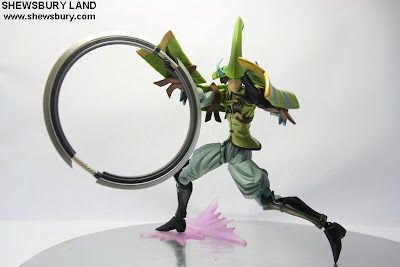 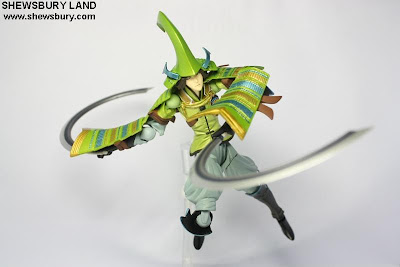 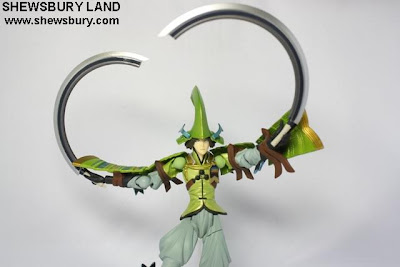 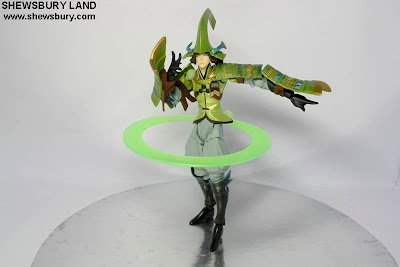 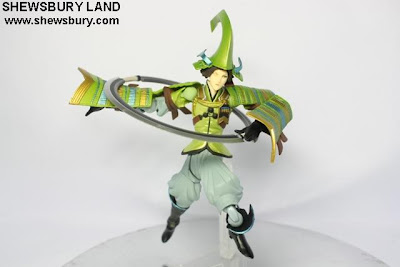 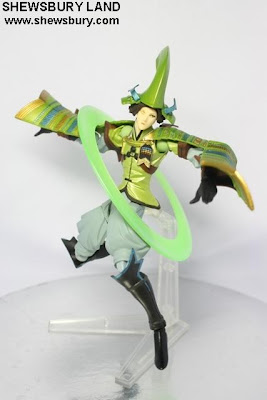 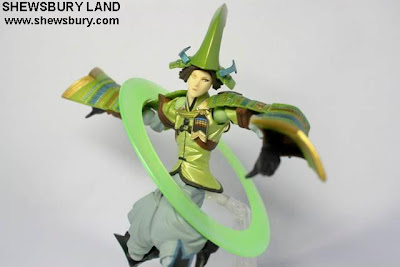 Revoltech seems more or less taking the traditional old approach for this figure which is not bad at all. In terms of body design, I personally like this figure if compared to the Revoltech Chosokabe Motochika and it seems that I don't have much to complain on this figure except maybe the 2nd face expression is not that interesting.

You can get this action figure from HLJ = http://www.hlj.com/product/KYD010254

You can also read the following review: