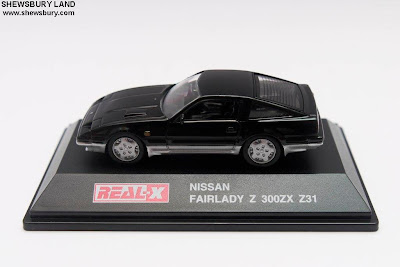 Continuing our review for this "1/72 Real X Fairlady Histories Collection 2nd", now we will look at the "1983 Nissan Fairlady 300ZX Z31" also known as Vanessa Wong in Shewsbury Land LOL...

A little bit of information about this car from Wikipedia;

300ZX is the name given, in much of the world, to the "Z31" and "Z32" generations of Nissan's Z sports car. Like all other versions of the Z-Car, it was sold in Japan as the Fairlady Z, regardless of model year.

The Z31, unlike its predecessors it featured a V6 engine in the 200Z/ZS/ZG, 300ZX and 300ZR, and the only Z31 to come with a I6 was the Fairlady 200ZR which was only available in Japan. In it's time it was a popular car that sold more models than the latter Z32, and followed the old S30 pricing of an affordable sports car for the middle class. The Z32 300ZX changed everything. It was praised by critics and journalists during its lifetime for its performance, styling, comfort and use of technology, but was higher in pricing through out its years, which damaged the sales.


Sold on the Japanese market from 1983 through 2000 and in the United States from 1984 through 1996, the 300ZX name followed the numerical convention initiated with the 240Z, put forth by Yutaka Katayama, the one time president of Nissan Motors USA. The "X" designation had debuted with the previous generation Z car, the 280ZX, to signify the presence of luxury and comfort oriented features. The Z31 model of 1983 through 1989 was the more popular model, with over 100,000 more units sold than the Z32.

The Z32 300ZX was the first car to be sold following the introduction of a 280-hp power ceiling imposed by JAMA that remained until 2004.
The Z31 chassis designation was first introduced in 1983 as a 1984 Nissan/Datsun 300ZX (the hatch lid had both a Datsun badge and a Nissan badge) in the US only. The 300ZX, as its predecessors, was known as a Nissan in other parts of the world. This continued in the US until 1985 model year when Nissan standardized their brand name worldwide and dropped the Datsun badge. A note can be made that all publications for the Z31 chassis 300ZX and its predecessors were copyright Nissan North America. Designed by Kazumasu Takagi and his team of developers, the 300ZX improved aerodynamics and increased power when compared to its predecessor, the 280ZX. The newer Z-car had a drag coefficient of 0.30 and was powered by Japan's first mass-produced V6 engine instead of an I6. According to Nissan, "the V6 engine was supposed to re-create the spirit of the original Fairlady Z.

Finally, these engines were equipped with self-adjusting hydraulic valve lifters. The transmissions were a 5-speed manual or an optional 4-speed automatic (contrary to popular belief, all Z31 automatics were the E4N71B equipped with torque-converter lockup INCLUDING turbo models.) All Z31's were equipped with a Nissan R200 rear differential, April 1987 and later turbo models received an R200 clutch limited-slip differential except 1988 Shiro Special's which had a Viscous-type limited slip.


Now, let's have a look at this die cast model; 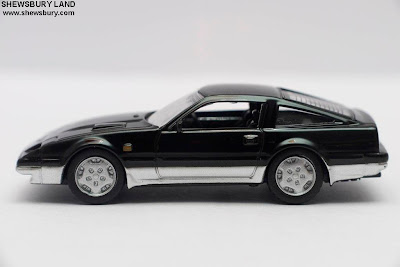 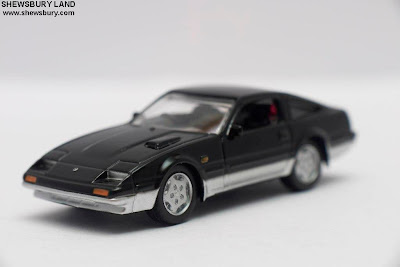 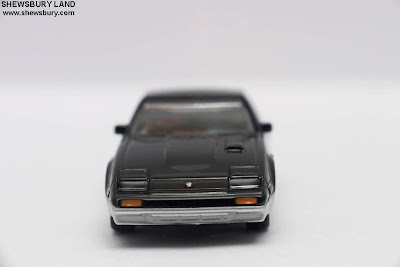 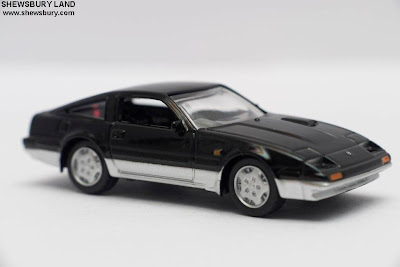 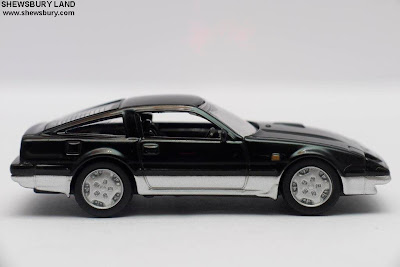 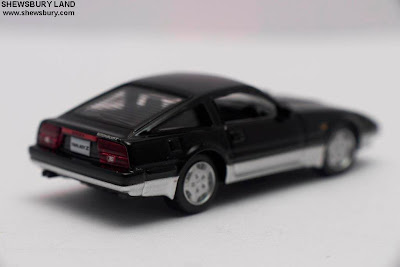 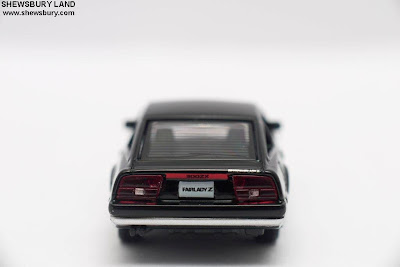 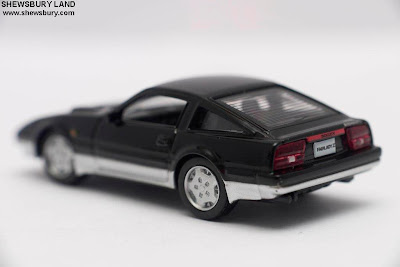 This miniature version features a nice emblem markings, realistic looking rubber tires and wheels, other exterior details and painting finishing are quite remarkable as well. The black give this car a natural heterosexual looks.... LOL 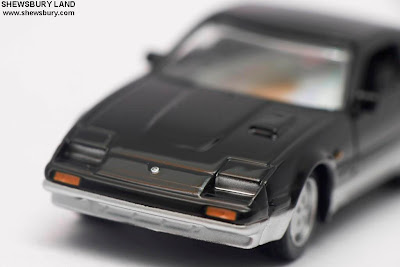 The brake lights are amazing as always and the labels and markings at the rear is awesome; 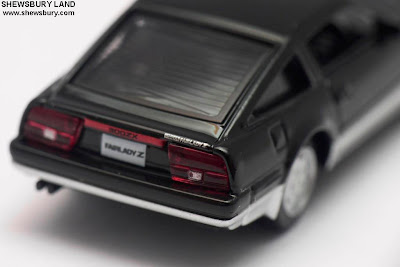 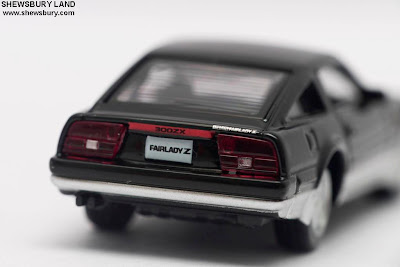 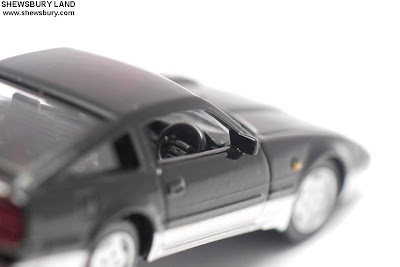 Overall, this marked the ending of our review coverage for the "1/72 Real X Fairlady Histories Collection 2nd" and we are quite happy with this car and the overall contents of the big box of 12. The painting finishing and the exterior detailing of the car is quite impressive. The interior detailing is also quite good. The display base with the car's name and model printed on it is a nice added bonus.

Again, if you are a hardcore fans of Nissan Fairlady car series or if you are just a die cast car collectors, this can be a nice item for your personal collections. 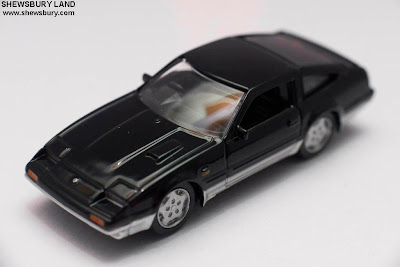 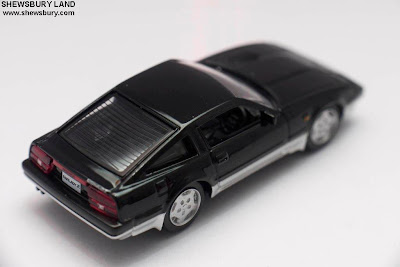 And now, a little bit of extra pictures of all the 4 models that we have reviewed here in Shewsbury Land; 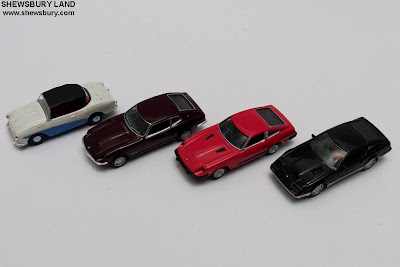 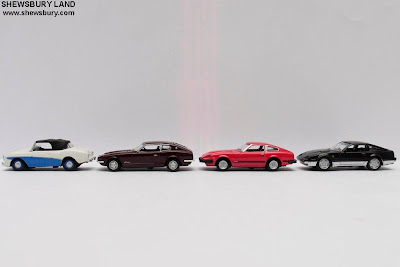 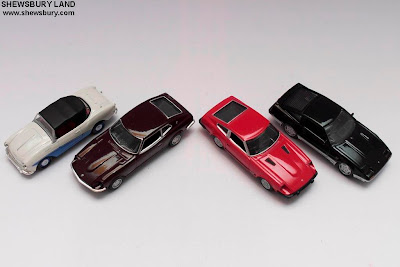 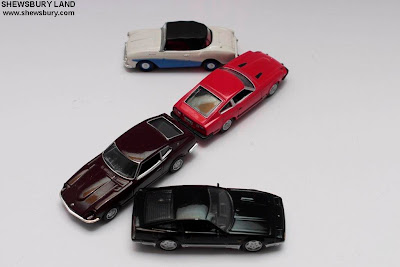