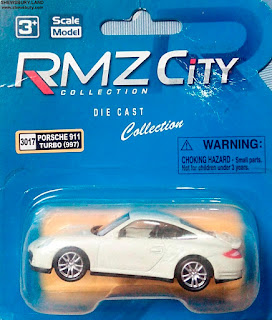 According to Wikipedia, the 997 was an evolution of the preceding 996, with the most significant changes being interior and exterior styling. Larger 18 inch wheels were fitted as standard, and other engineering changes include slightly increased power; however, the car is technically very similar to its predecessor. A new S version was offered, with additional power from a slightly larger engine, sports suspension, and sports exhaust.

During 2009 Porsche updated the 997 line-up including styling changes, a revised engine with direct injection and the introduction of the company's new "PDK" dual clutch transmission. As a result, the updated 997 models were faster, lighter and more fuel efficient than the outgoing versions, with improved handling. In the case of the 997 Turbo, a comprehensively re-tuned all wheel drive system with an optional "torque vectoring" system was also a part of the upgrades package; in an October 2009 preliminary review, Car and Driver magazine estimated that when equipped with the PDK transmission, the updated Turbo should be capable of going from 0-60 mph in three seconds.

The 997 is the most commercially successful 911 of all time, having sold 100,000 units of the first generation alone between its introduction in 2005 and July 2007. It has also received mostly positive reviews from the worldwide motoring press; even British motoring journalist Jeremy Clarkson, a known detractor of Porsche cars, noted that the 997 will "make love to your fingertips and stir your soul."

Nonetheless, this particular die-cast scale model is from an unknown brand (at least to me) called RMZ City and the producer is UniFortune and made in China, I don't know much about them but locally here, the price SGD 2.70 (USD 1.90) is cheaper than Hot Wheels SGD 3.50 (USD 2.50) 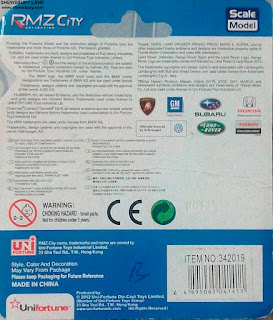 And now the car: 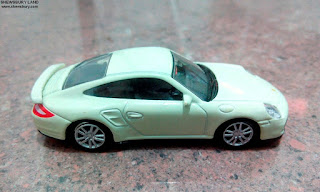 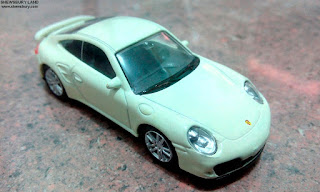 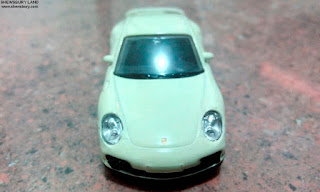 They gave plastic part for the headlamp/front light which is nice actually, considering the price.

The tires are made of rubber instead of the usual plastic, again a nice addition, so far so good!!! 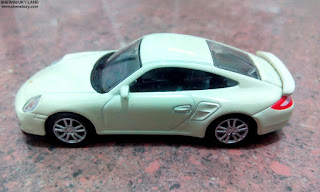 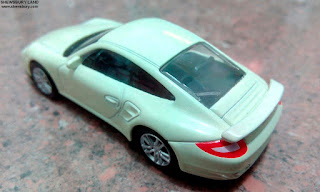 The brake lights are made of decal stickers I believe, but then again it was nicely done, quite decent in fact and certainly better than none... 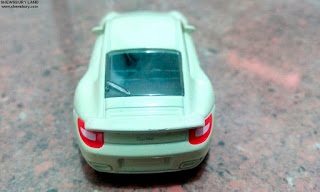 As for other detailing and marking, they don't give much apart from the typical "Porsche" logo at the front and that word "Turbo" at the rear.

This models comes not with rivets but rather 2 simple screws... which means we can open it up and look inside the driver/passenger cabin: 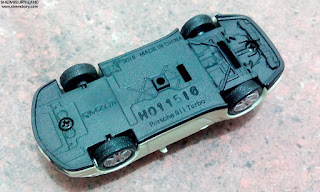 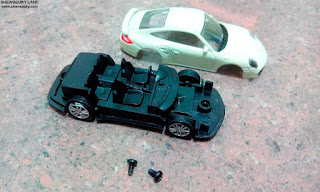 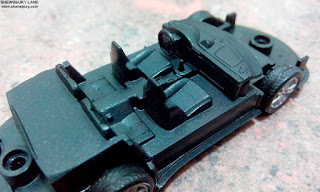 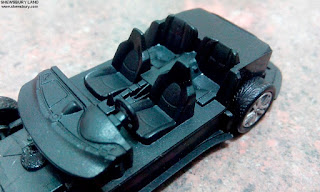 Nothing great but not terrible either, I think more or less like what Hot Wheels could offer, so that is not a bad thing at all... 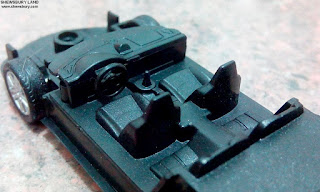 Overall, though I don't know much about the brand or the manufacturer but from what I can see so far is that the product produced by or under this "RMZ City" brand is not a pushover and as a credit, I think they did very well considering the cheaper price they are offering and so far I like everything that I get from this particular die-cast scale model of Porsche 911 Turbo. 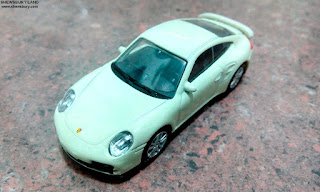 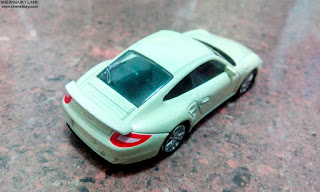