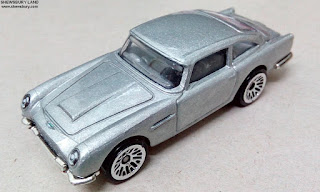 The Aston Martin DB5 is a luxury grand tourer that was made by Aston Martin and designed by the Italian coach-builder Carrozzeria Touring Superleggera. Released in 1963, it was an evolution of the final series of DB4. The DB series was named honouring Sir David Brown (the head of Aston Martin from 1947–1972). Although not the first, the DB5 is famous for being the most recognised cinematic James Bond car, first appearing in Goldfinger (1964).

James Bond - that's exactly what appear on my mind the very moment when I saw this model and thus without further consideration, I just grabbed this model without hesitation and certainly no regrets what so ever.

This is an iconic car, this car one way or another is James Bond... 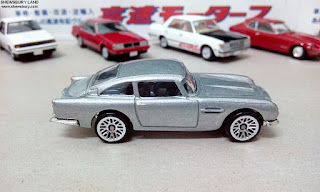 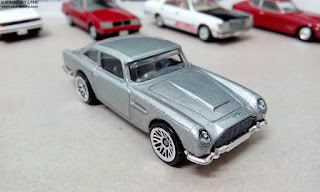 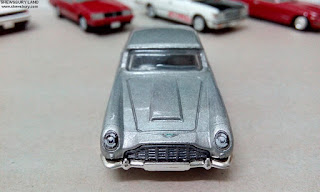 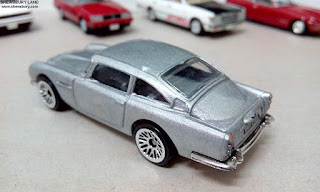 The casting quality is decent, while the painting finishing is not terrible either and I'm glad that at least for this particular model, Hot Wheels did some detailing works on the brake/rear and signal lights which is remarkable, not perfect but I sincerely appreciate their efforts. 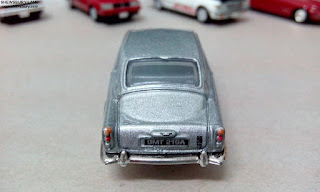 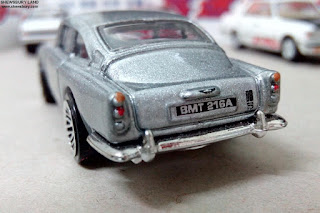 The interior is fully sealed on this one but I can assure you that this model comes with right hand steering wheel (British/Japanese style). 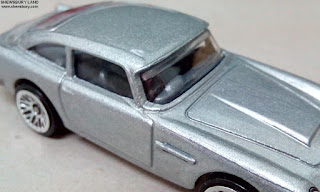 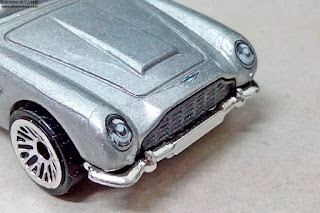 The wheels is decent while the front grill is as "Aston Martin" as it should be, nothing more nothing less....

Overall, although this is far from perfect but that wont stop me from calling this model as something brilliant. Simple but subtle in capturing the most important basic aspect of a DB5 the way it should be - at least in a 1/64 scale mass produce die-cast car model.