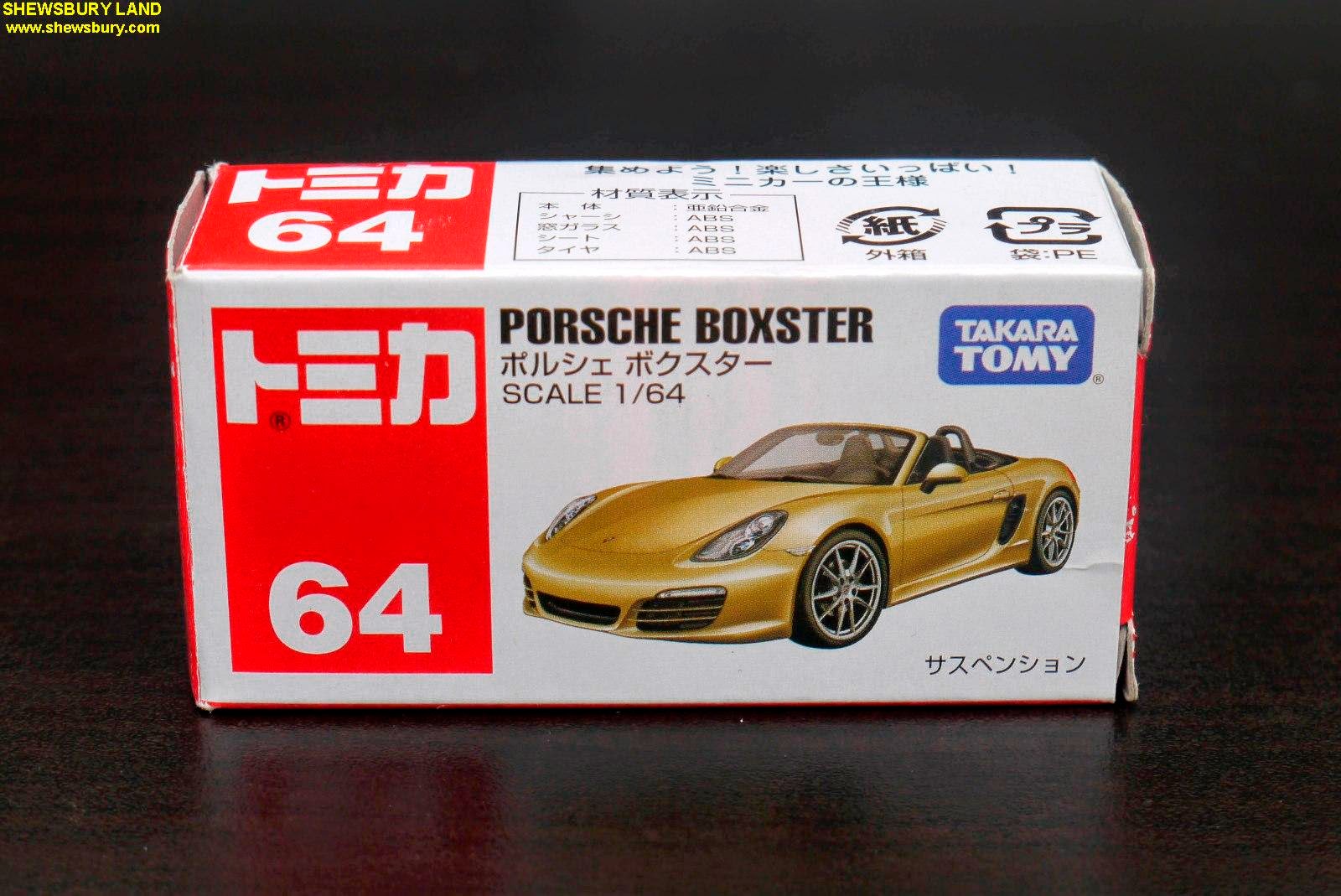 Porsche Boxster - the eternal rival of BMW Z4 Roadster - well, actually to be more precise, it's the Porsche Boxster S that is rather more suitable to matched the Z4 as in terms of engine power they both are more or less there or there about and should be able to challenged each other.

Interestingly though, according to this video below by Fifth Gear, a popular car stuff TV show from the UK, after pitting the Z4 and the Boxster S against each other, their verdict is that the Boxster S is indeed better than the Z4 but then again you can read many other reviews and test drive report from other websites or watch other relevant videos from the Youtube and probably along the way you may see different results, comments and remarks that at the end, if you really have to choose between the Z4 or the Bosters S - it all came down to your pocket and your personal taste - nothing else matter - simple as that...


Personally for me... I drive the Porsche Boxster 987 (2.7L / 240hp) for a few years in the past and I like it a lot - I like that mid-engine rear wheel drive layout and that wonderful Boxster engine sound from right behind me and handling is pretty fun - thus if you ask me to choose between the BMW and the Porsche, my personal choice is surely the Porsche. Basically "the normal" Porsche Boxster and "the high-end" Porsche Boxster S are almost identical except for the usual bigger engine power on the "Boxster S" and probably the additional add-on available and maybe a bit here and there on the interior.


This die-cast scale model however is "Porsche Boxster" and produced by Takara Tomy - Tomica and without further delay, let's have a look at this gorgeous roadster; 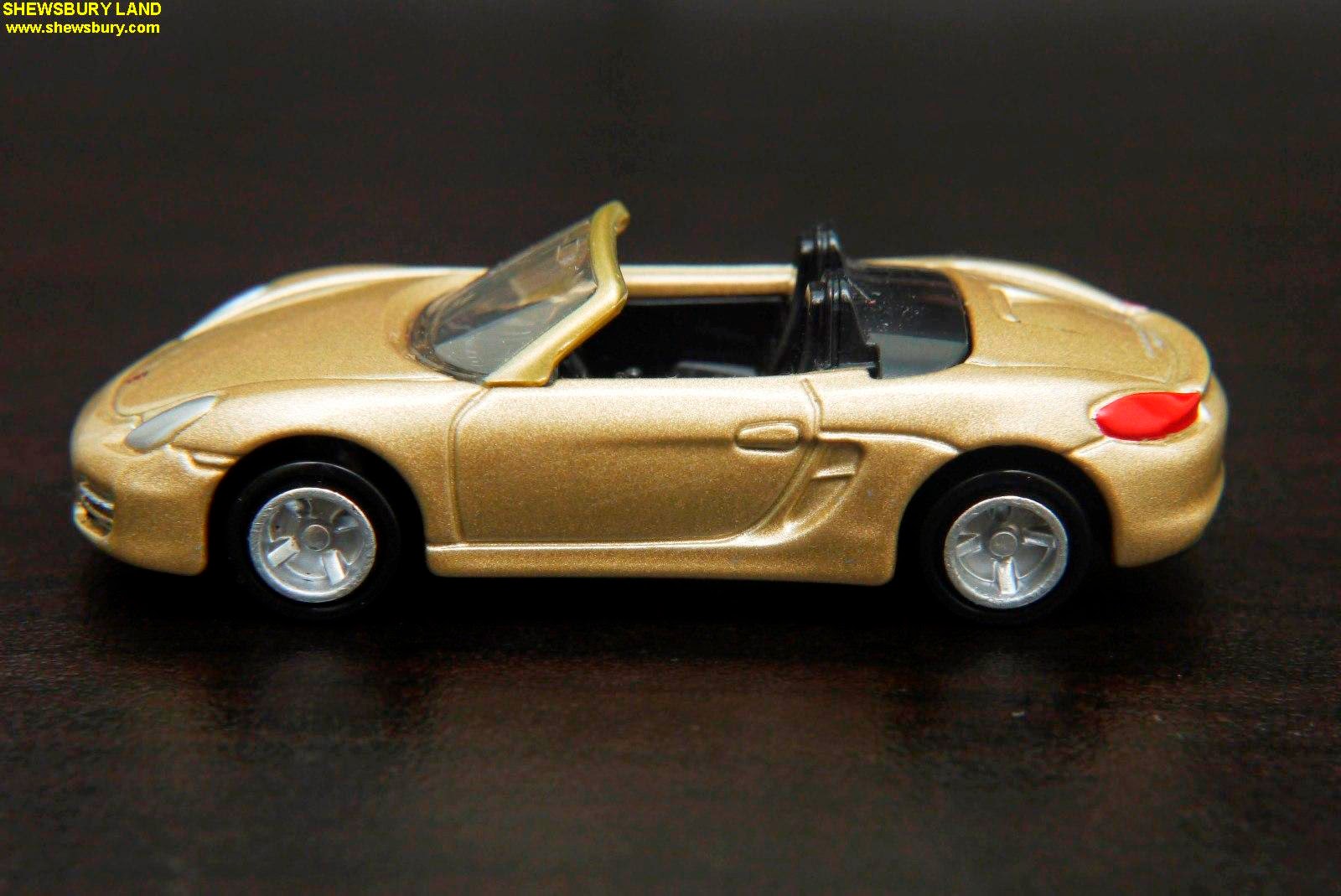 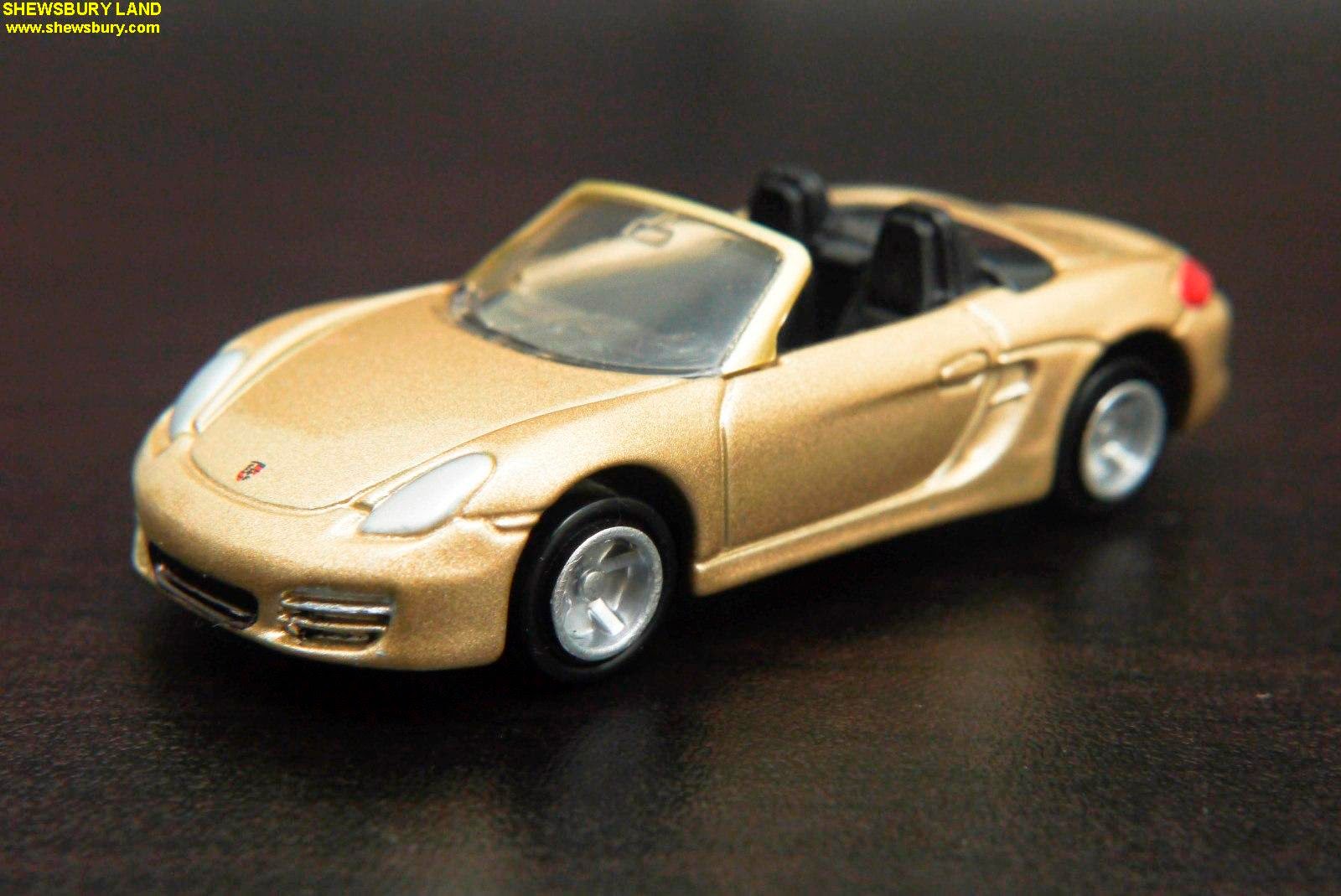 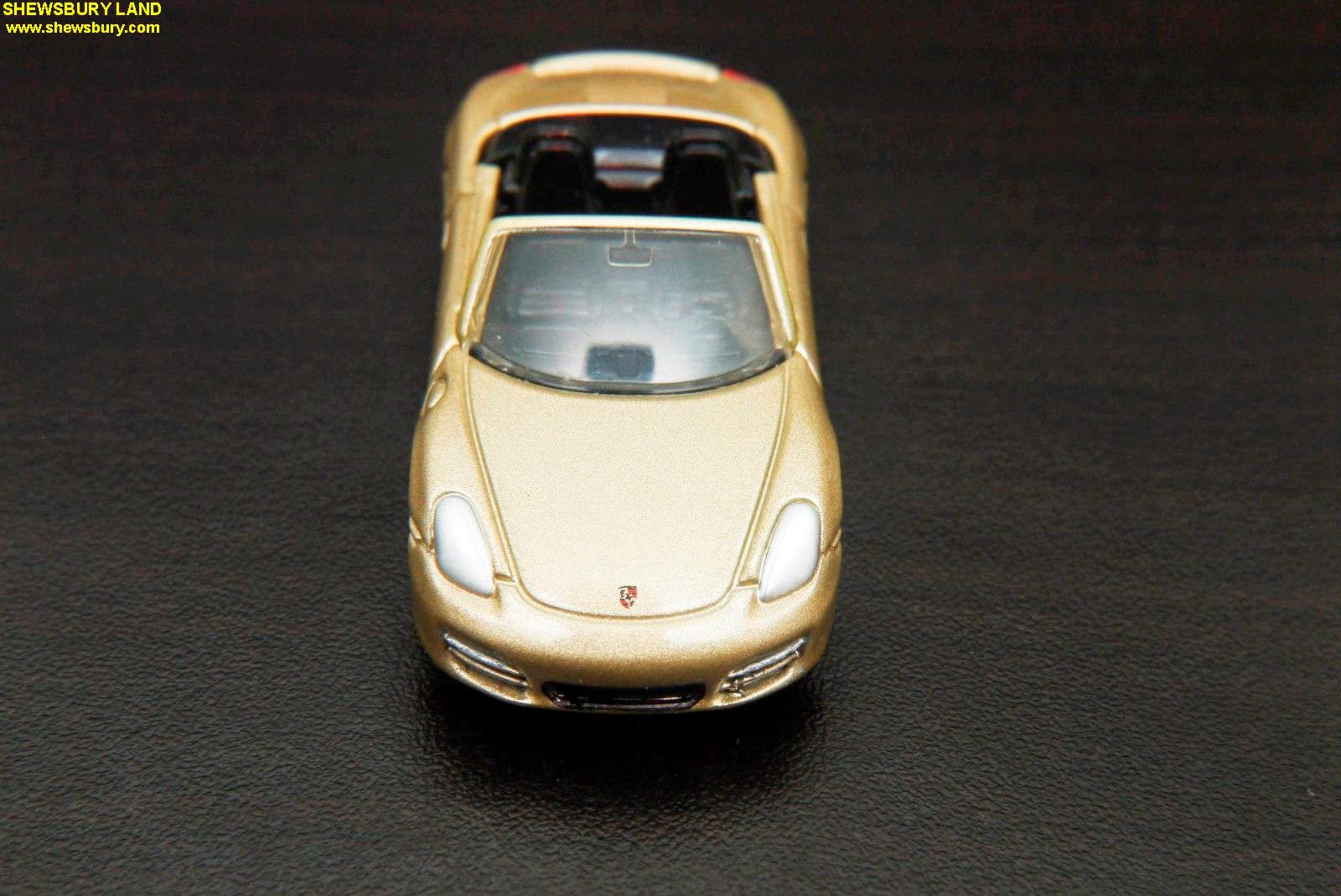 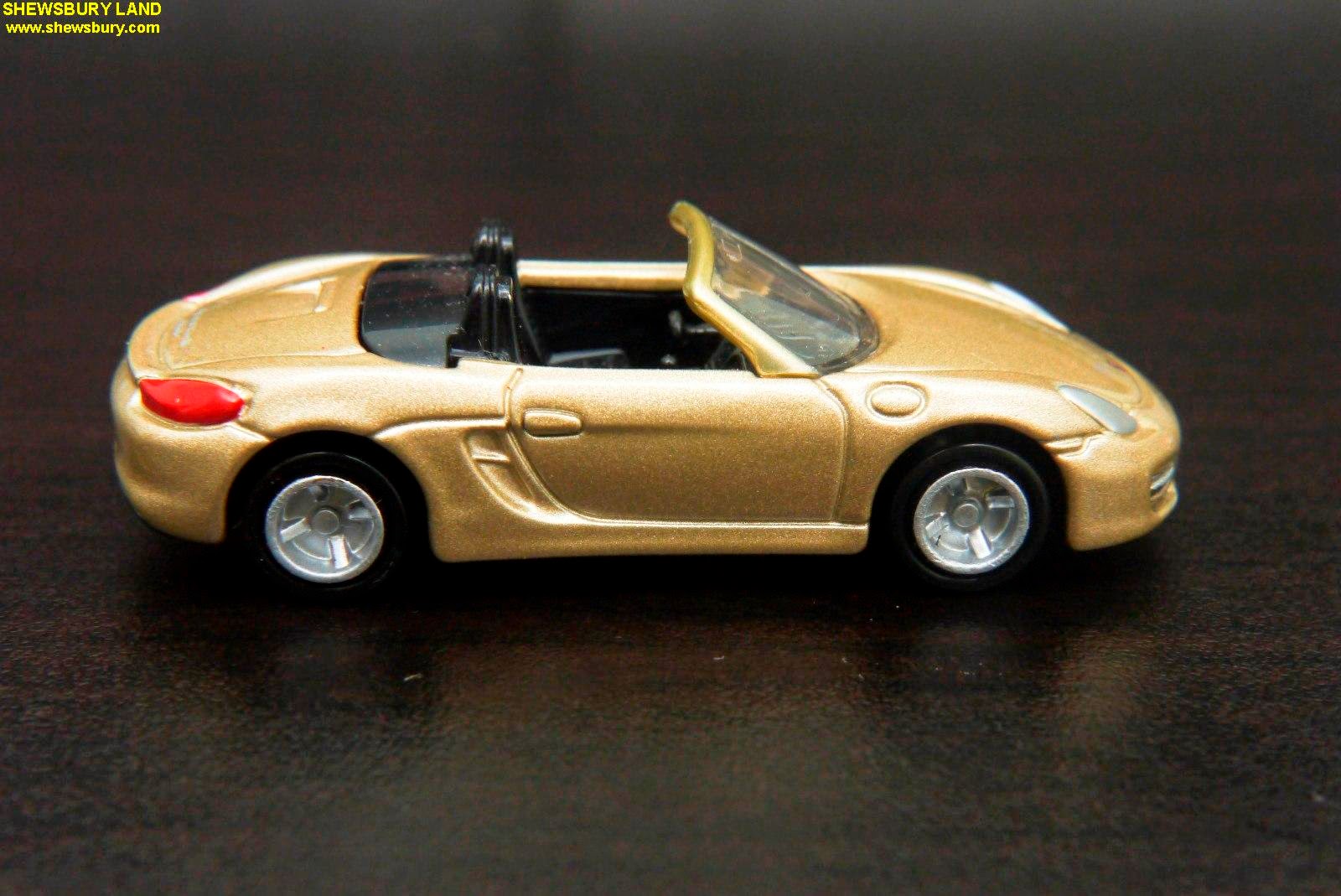 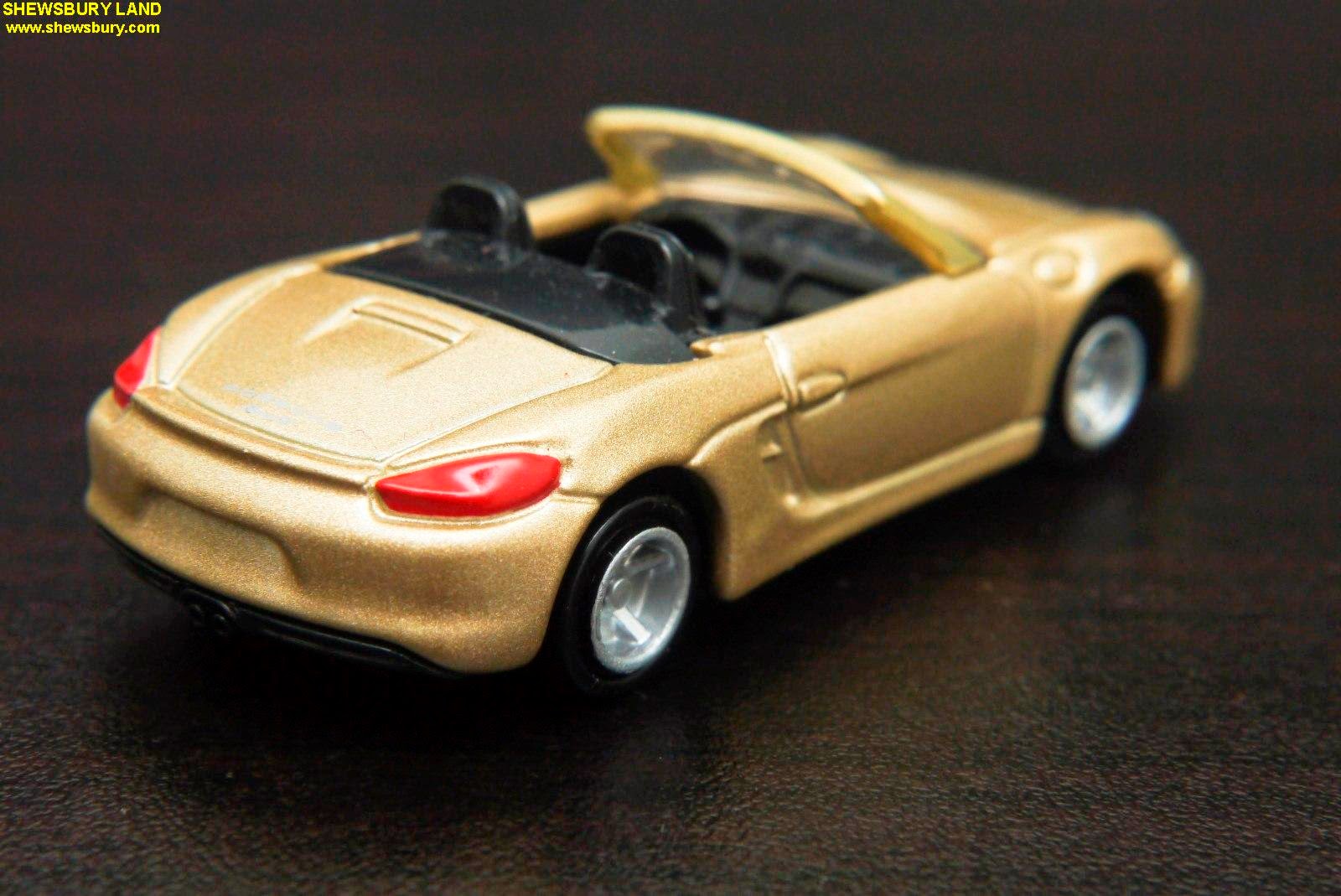 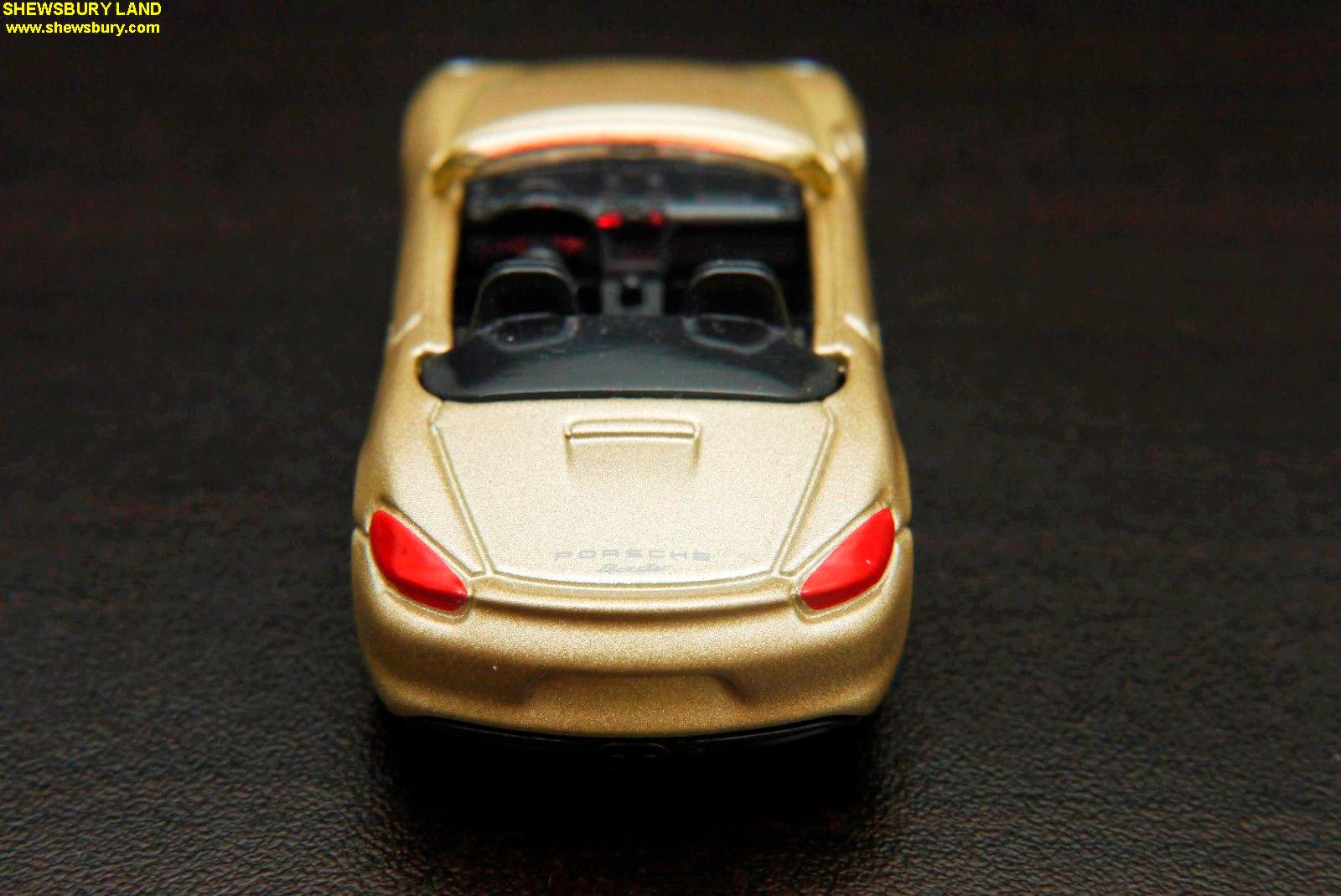 I didn't really fancy the gold color finishing as I in fact rather prefer the traditional red or black or maybe yellow however, after spending quite a some time reviewing this car I suddenly thought that (at least) as a die-cast scale model, the gold color is not that bad as it creates the "variation form" and it looks quite pretty decent actually.


Just like the Tomica BMW Z4, exterior detailing and marking are pretty minimalist and thus the only thing we can see is those prominent Porsche logo on the front and the "Porsche Boxster" name imprinted on the rear ; 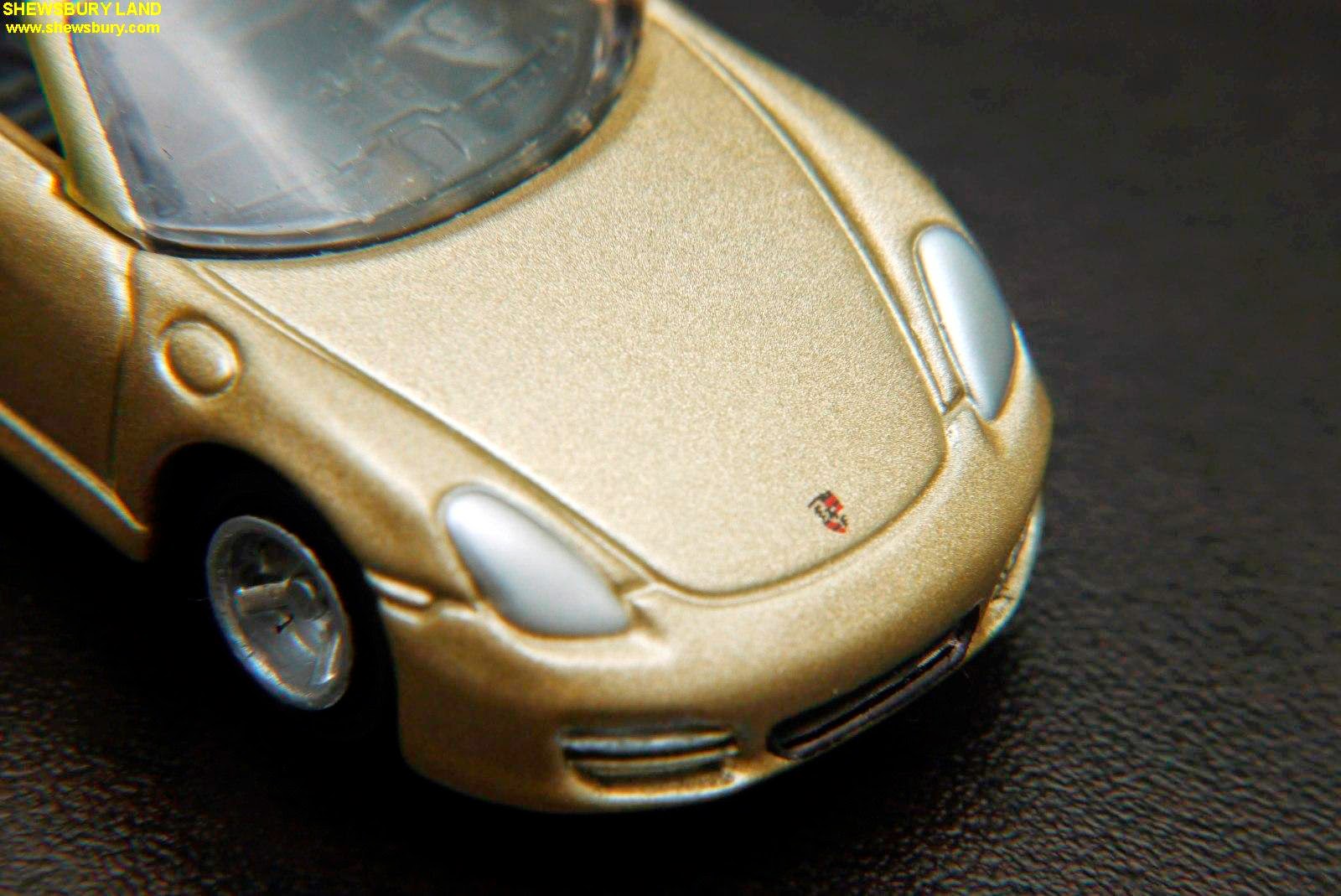 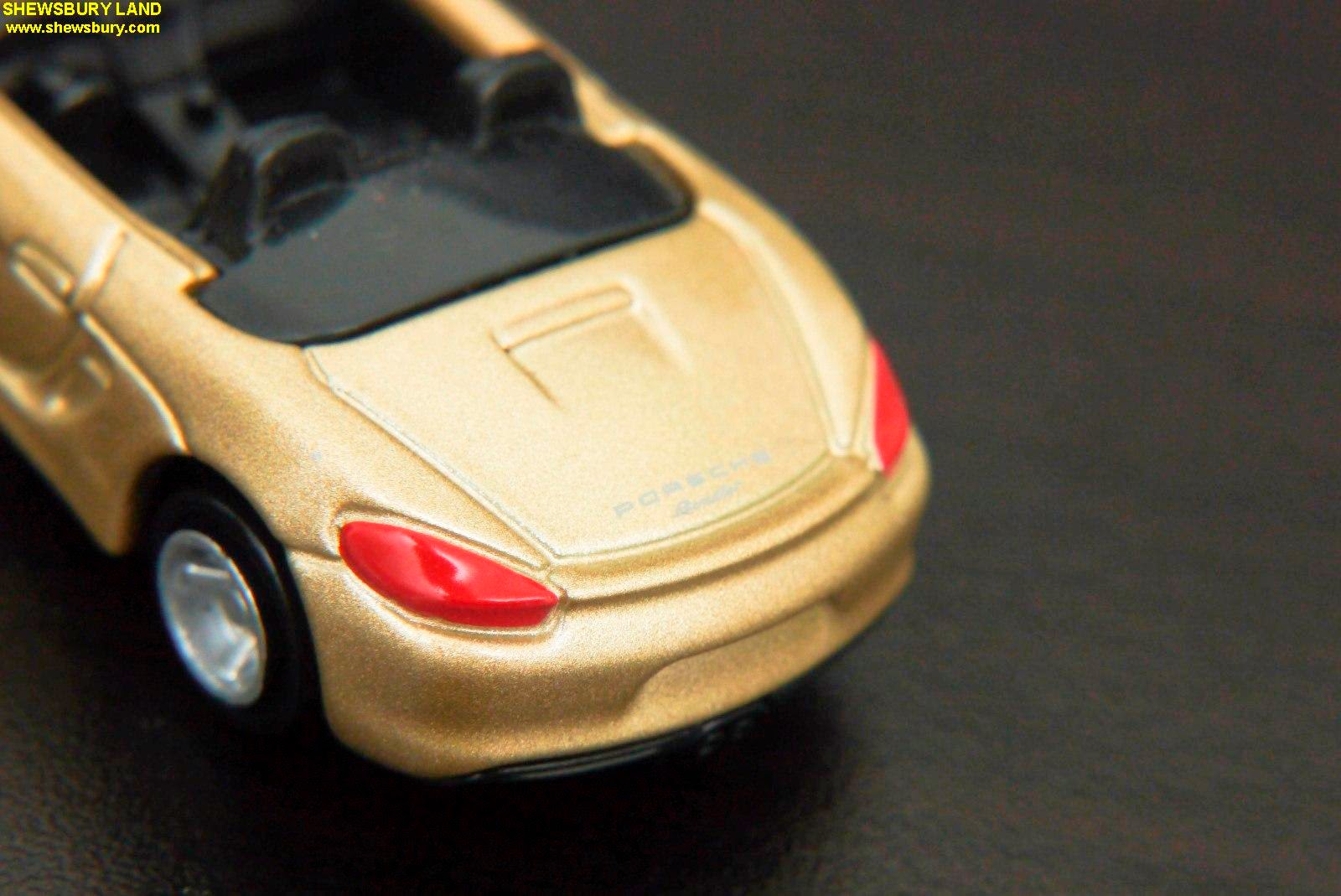 As for the interior, again... not much to shout about; 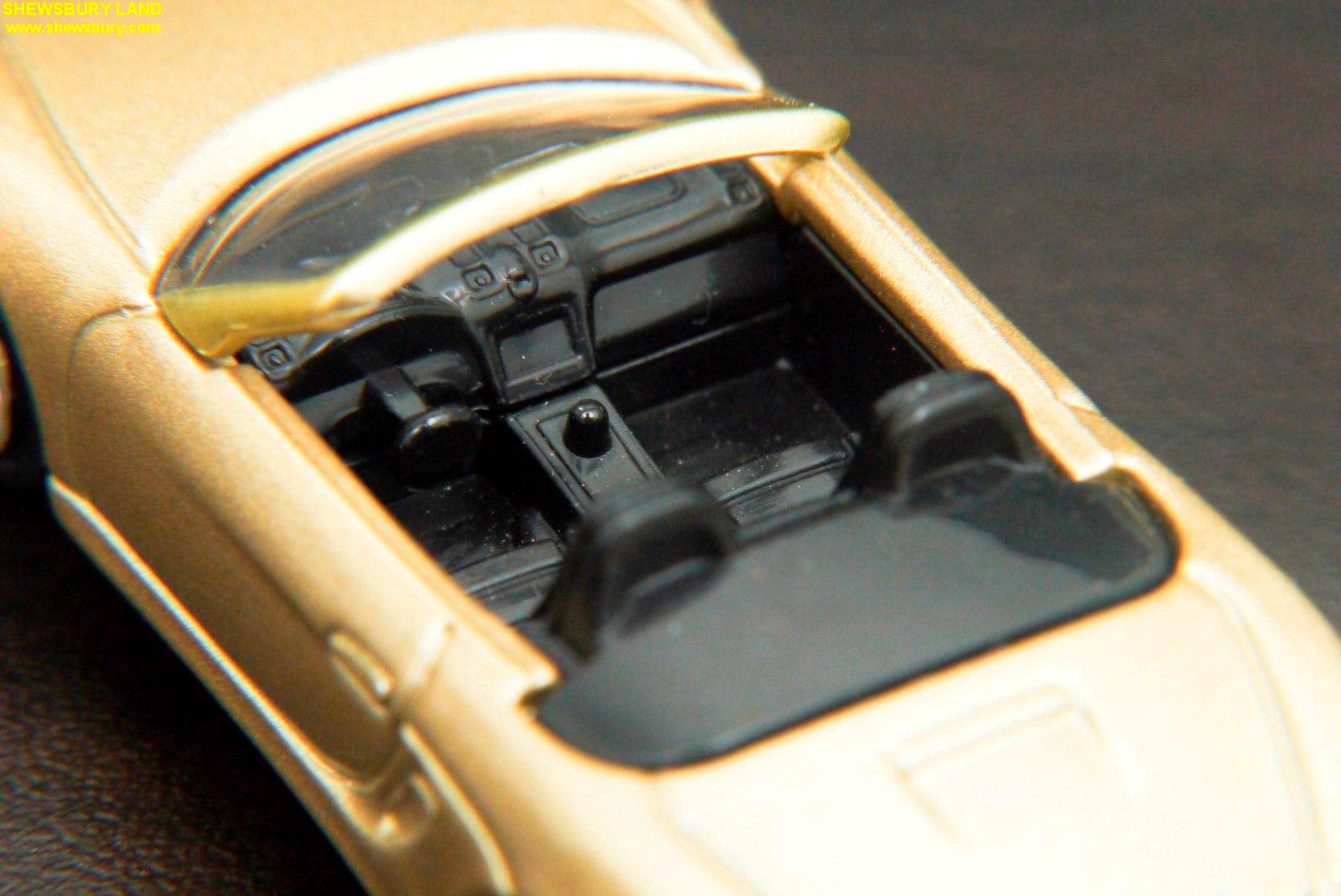 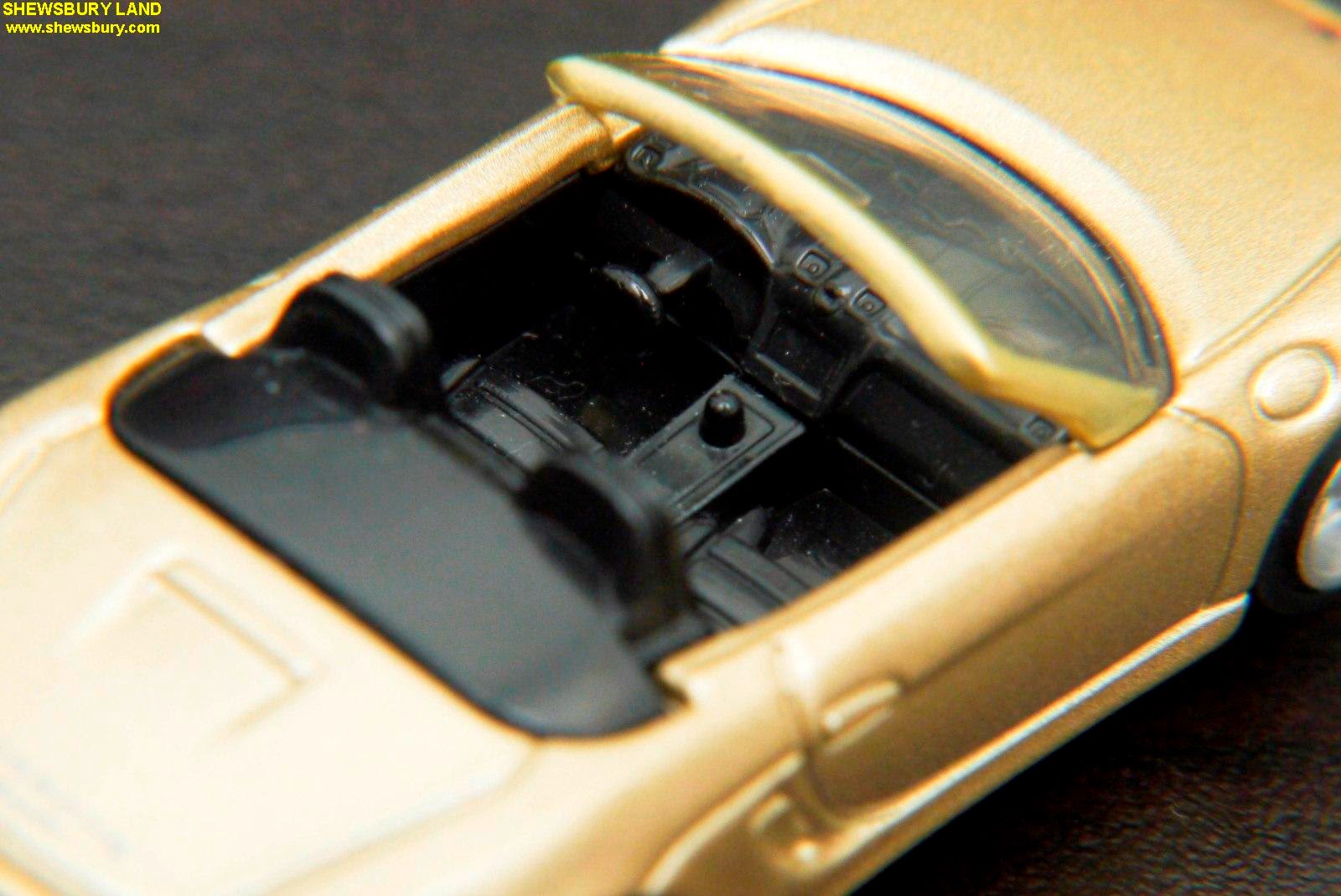 Overall... don't let the gold color deceived you, this is a very good die-cast car model of Porsche Boxster at 1/64 scale available in the market nowadays. I'm not sure if there is such gold colored Porsche Boxster produced by Porsche and painted as such right from the factory, but more importantly this one is at the 1/64 scale and the excellent casting quality and finishing of this scale model is pretty impressive. 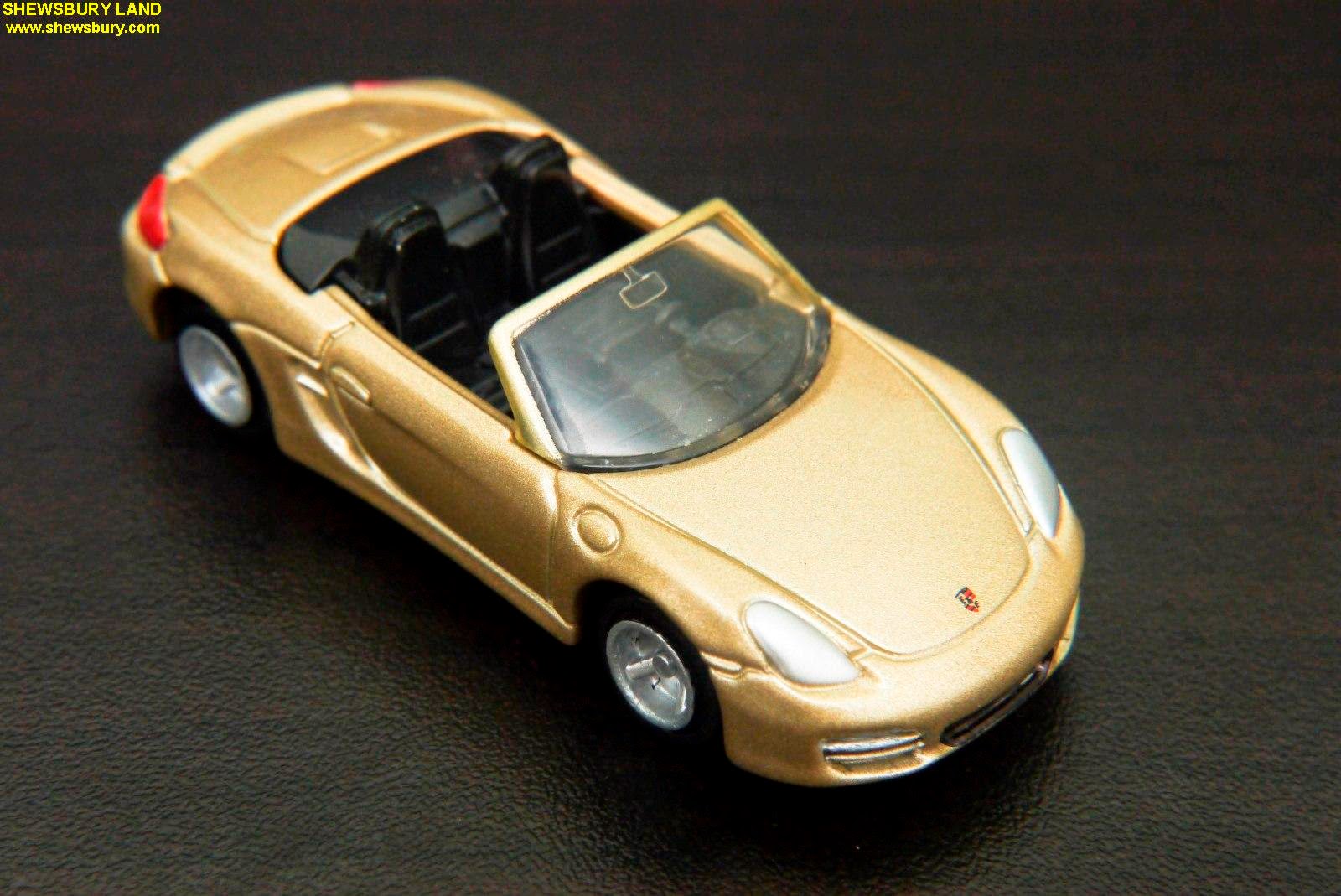 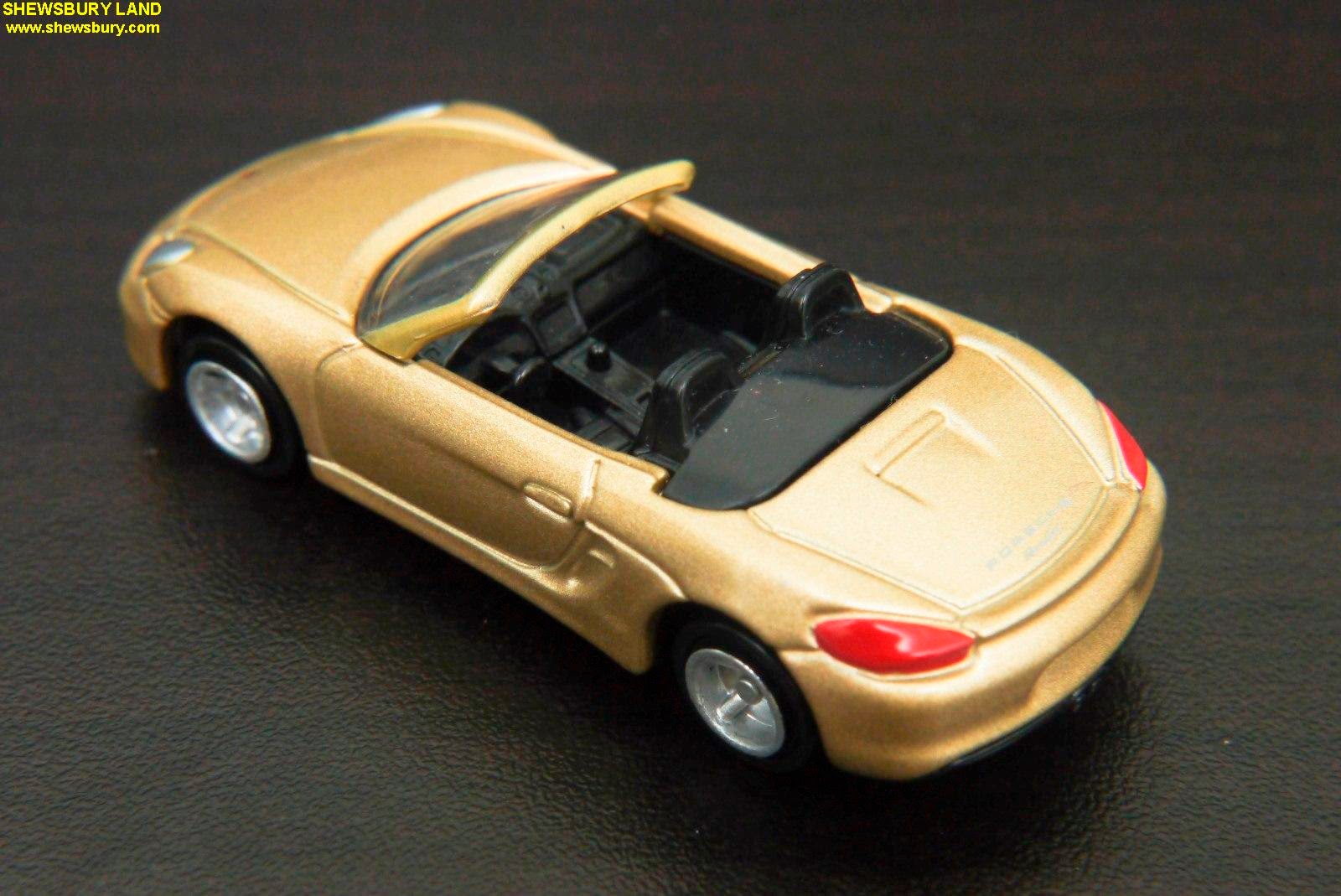