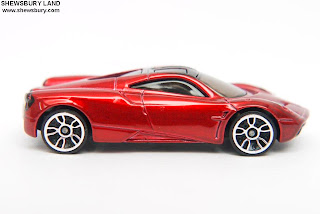 Recently I was lucky enough to suddenly found this model and without any doubt I grabbed it the moment I saw it. Pagani Huayra is the replacement model to the magnificent Pagani Zonda produced by the Italian car makers called Pagani.

The Pagani Huayra (pronounced: wai-rah) is an Italian mid-engined sports car produced by Pagani. Succeeding the company's previous offering, the Zonda, it will cost £849,000[1] ($1,300,000). It is named after Huayra-tata, which means "God of the winds" in Quechua, the official language of the Inca Empire.

The Pagani Huayra uses a seven-speed sequential gearbox and a single disc clutch. The choice not to use a dual-clutch in oil bath was because it would lead to an increase in weight of over 70 kg (154 lb), negating the advantage of the ability of such transmissions to change gears faster. As a result, the entire transmission of the Pagani Huayra weighs 96 kg (210 lb).

The car is equipped with bespoke Brembo brake calipers, rotors and pads. The calipers are 6-piston in front and 4-piston in the rear. The rotors are drilled carbon ceramic, 380 mm (15.0 in) in diameter and 34 mm (1.3 in) thick. There are also four independent flaps which can act as air brakes or produce downforce.

Mercedes-Benz's AMG division provides the engine of the Huayra. The 5,980 cc, twin-turbo, 60° AMG M158 V12, has been designed at the request of Pagani to reduce turbo lag and improve response, realized with smaller turbos, a different intercooler configuration and re-programmed ECU settings. 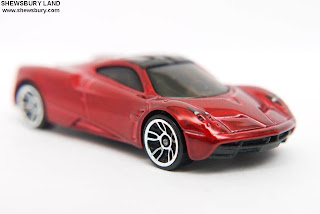 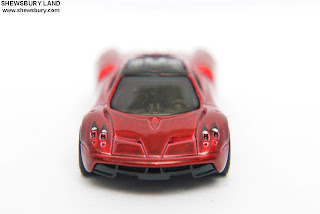 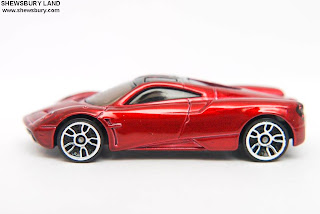 The casting is quite good while the painting finishing and exterior detailing is surprisingly good. 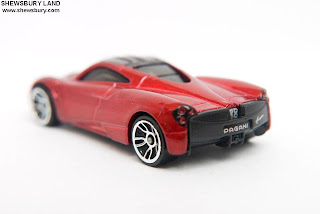 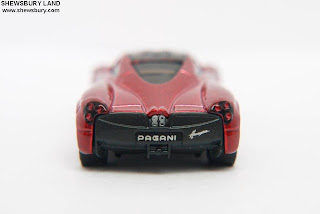 Even the wheel design is very very good looking as well - I love it!!! 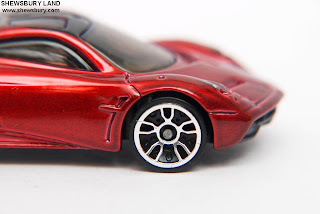 The sealed interior is as it is, not much we can say but it seems decent for this scale; 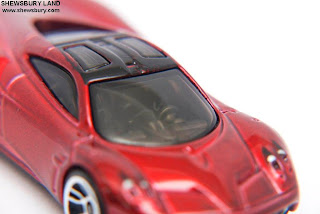 We can see a bit of engine details on this part - not a big deal but still quite a well done result from Hot Wheels; 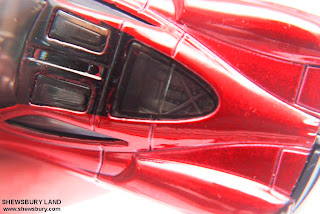 And the exterior detailing on the rear is just great, again I love it!!! 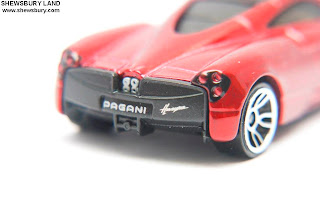 Overall, its not everyday I could see Hot Wheels produce a highly interesting result on their 1/64 scale die cast model like this one but on this particular model, I think Hot Wheels have done a tremendous job and I personally think one of the best so far I got from Hot Wheels, no doubt about it - it's not perfect but for such scale I think this is simply lovely!!! 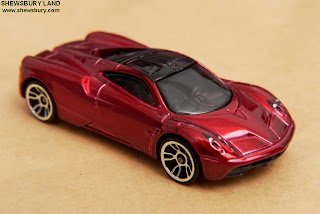 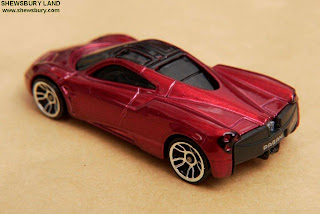