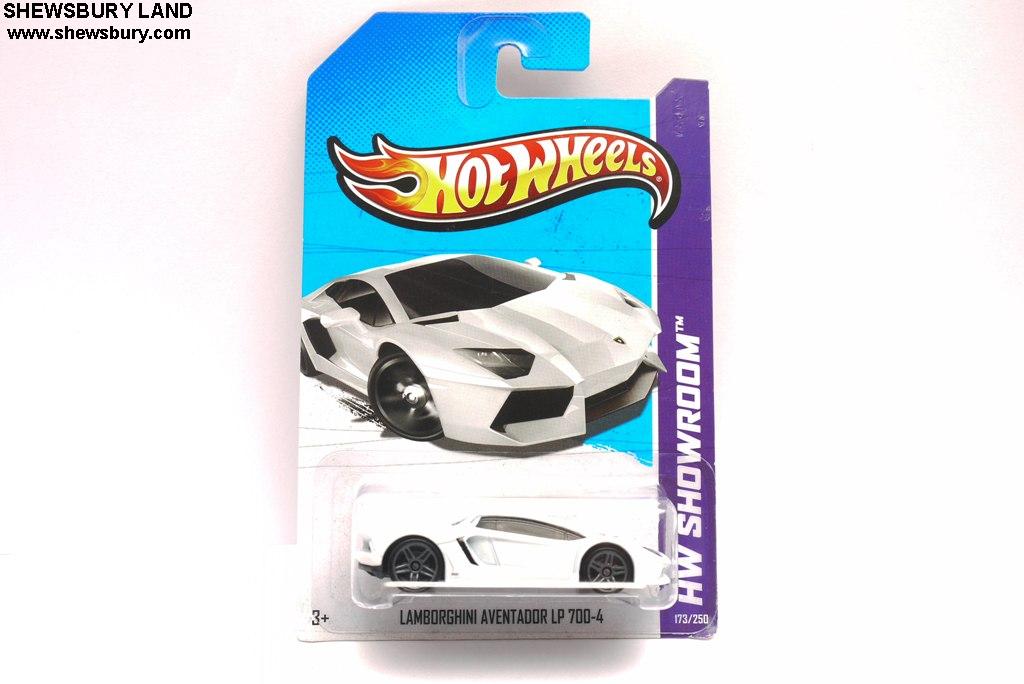 This is a die cast scale model of Lamborghini Aventador LP 700–4 produced by Hot Wheels.

The Lamborghini Aventador LP 700–4 is a two-door, two-seater sports car publicly unveiled by Lamborghini at the Geneva Motor Show on 28 February 2011, five months after its initial unveiling in Sant'Agata Bolognese.Internally codenamed LB834, the Aventador was designed to replace the ten-year-old Murciélago as the new flagship model in the Lamborghini lineup starting in 2011. Soon after the Aventador unveiling, Lamborghini announced that it had already sold over 12 months of the production vehicles, with deliveries starting in the second half of 2011.

Its transmission, a single-clutch seven-speed semi-automatic, is built by Graziano Trasmissioni. Despite being single-clutch, gear-shifts are accomplished in 50 milliseconds.

The new, electronically controlled, all-wheel drive system is developed and supplied by the Swedish company Haldex Traction, offering traction and handling capabilities based on their 4th generation technology.

Nonetheless, let's have a look at this die cast scale model from Hot Wheels; 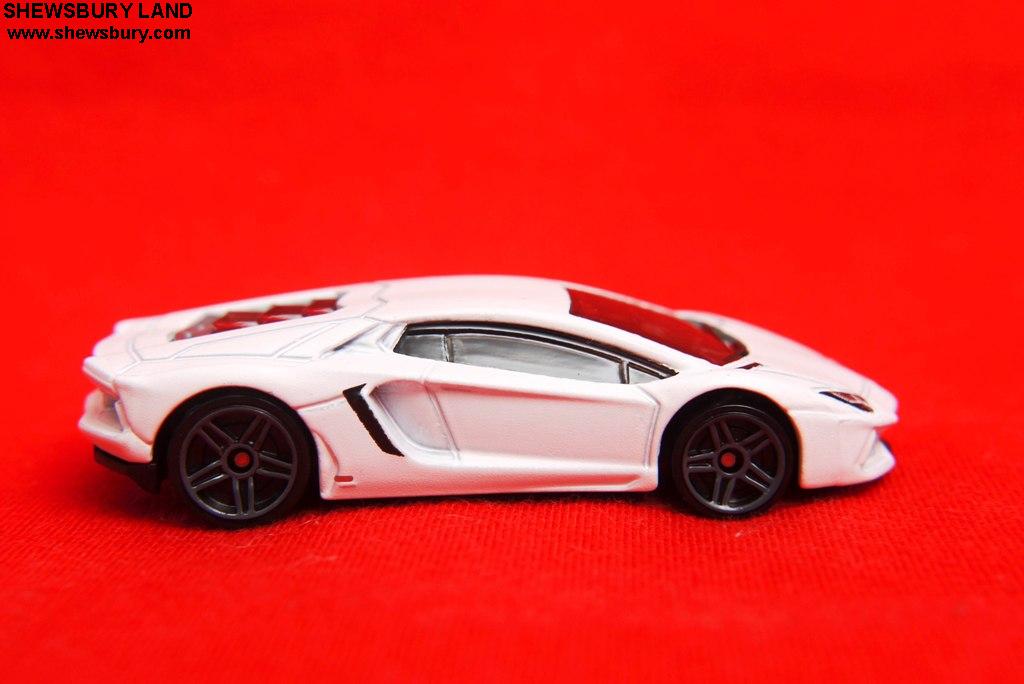 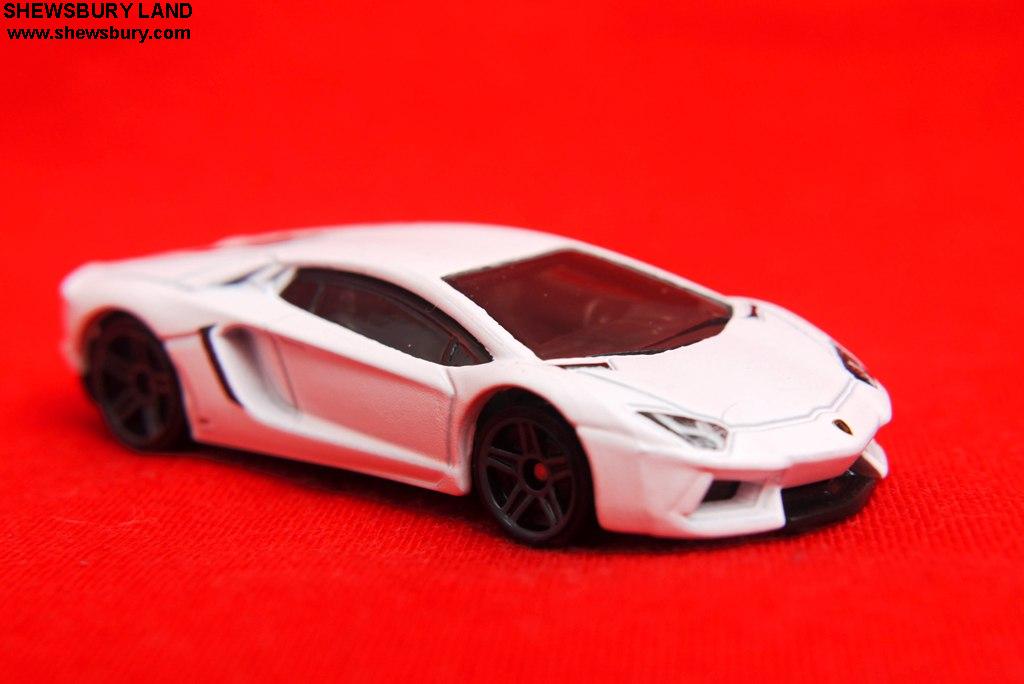 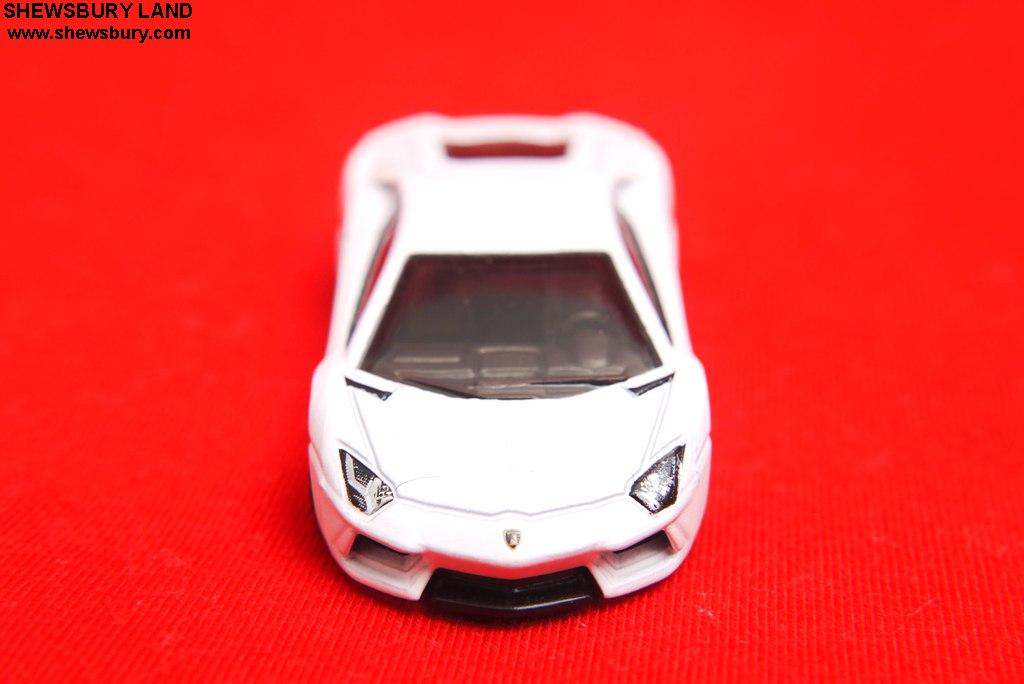 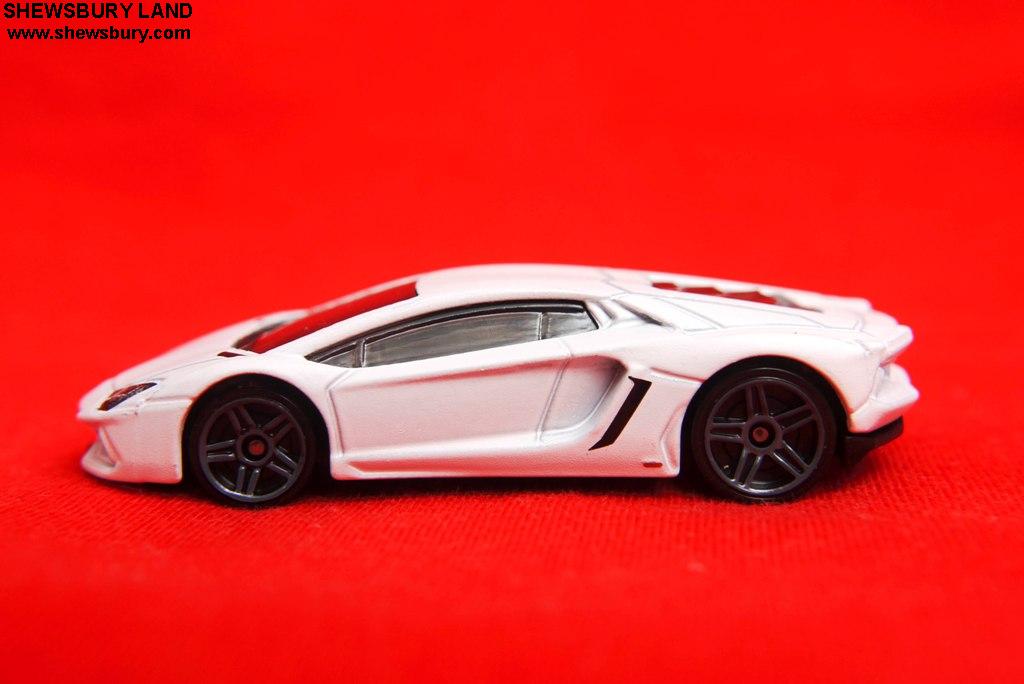 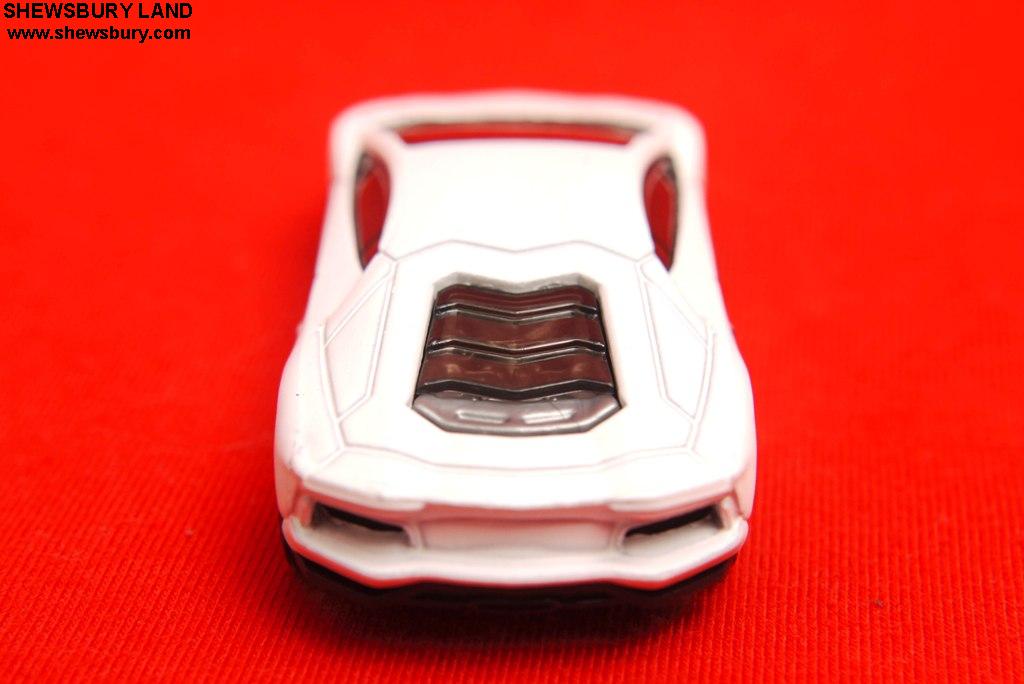 The casting quality is decent though the finishing painting (on this reviewed item) is no way near what Tomica or Kyosho can offer but it's not terrible either, it's just typically Hot Wheels. Exterior detailing is not great but Hot Wheels being Hot Wheels prefer the typical minimalist approach. The decals for the front/head lamps can be better and on the other hand its good that at least we can see quite a decent small Lamborghini logo at the front as it should be. 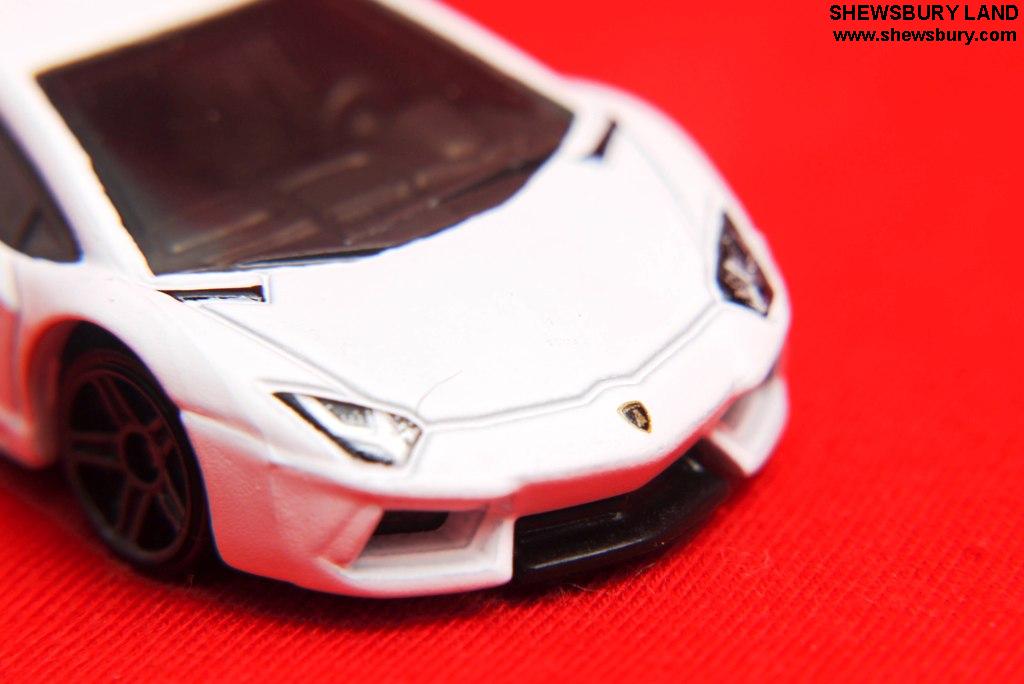 It's pretty hard thru camera lens but with naked eyes we can at least see some engine bits of detailing on this part; 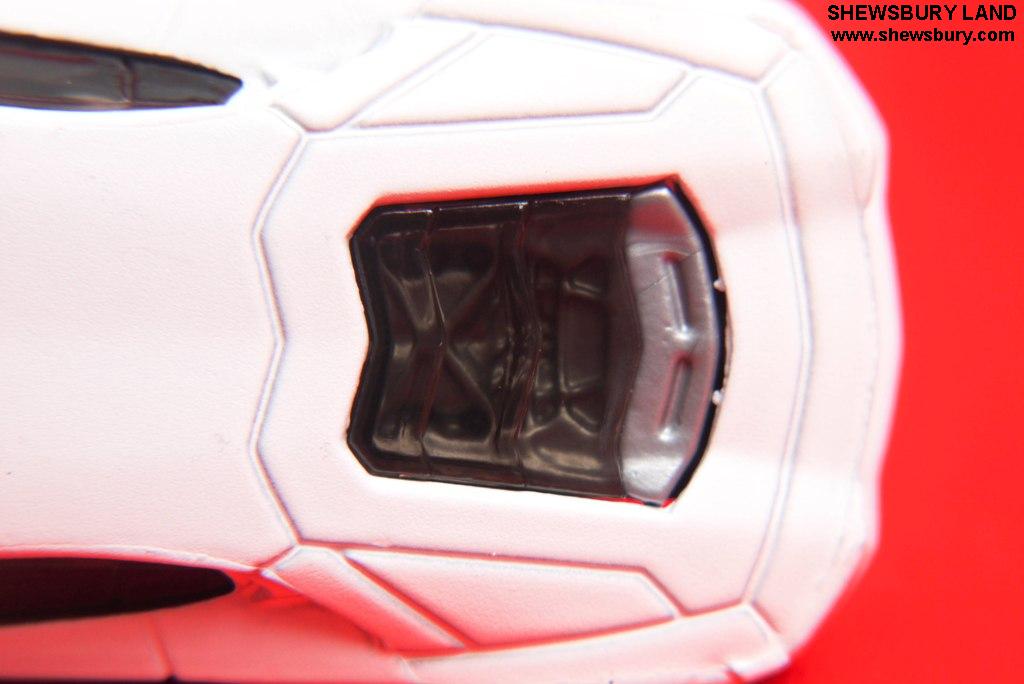 Hot Wheels being Hot Wheels never really bothered about rear/brake/tail lights details at tall but I think most Hot Wheels collectors can live with that; 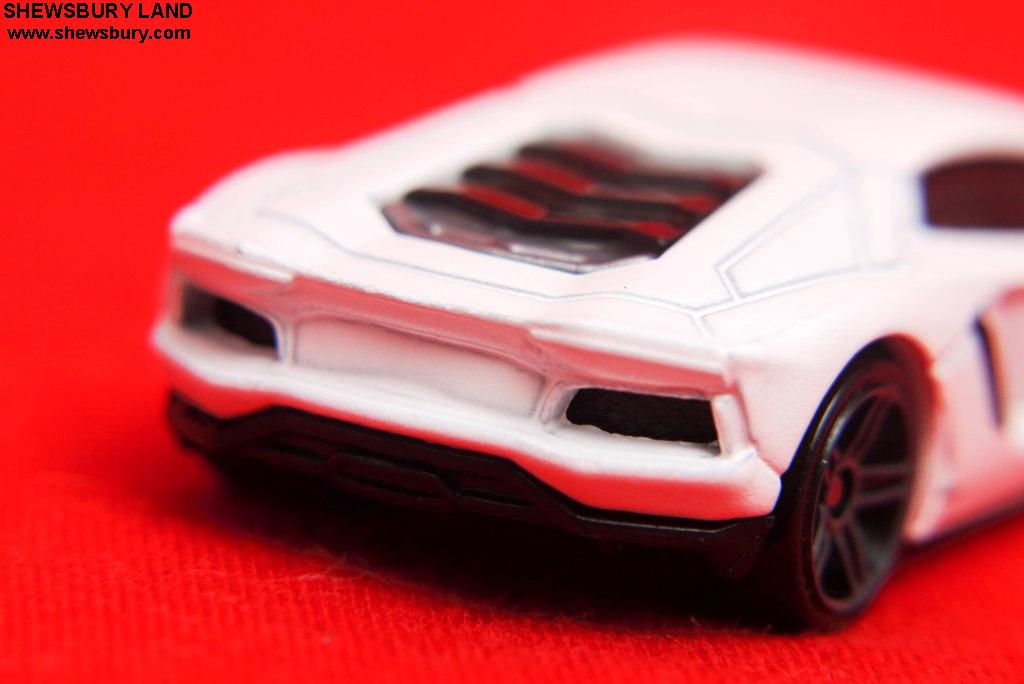 The wheels design is quite good on this one, I like it as it is; 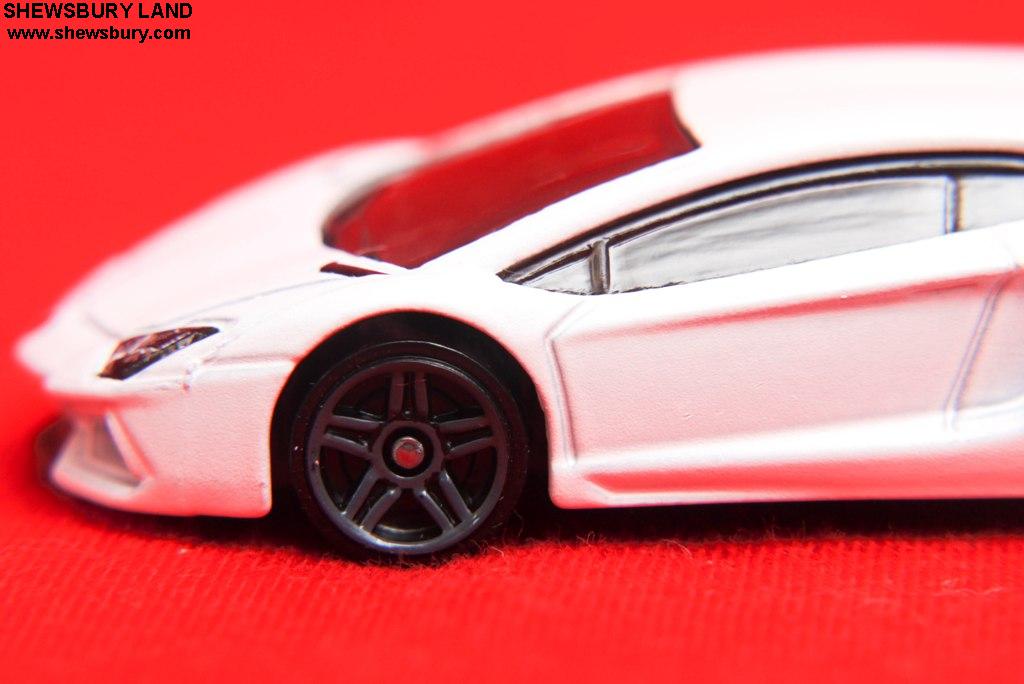 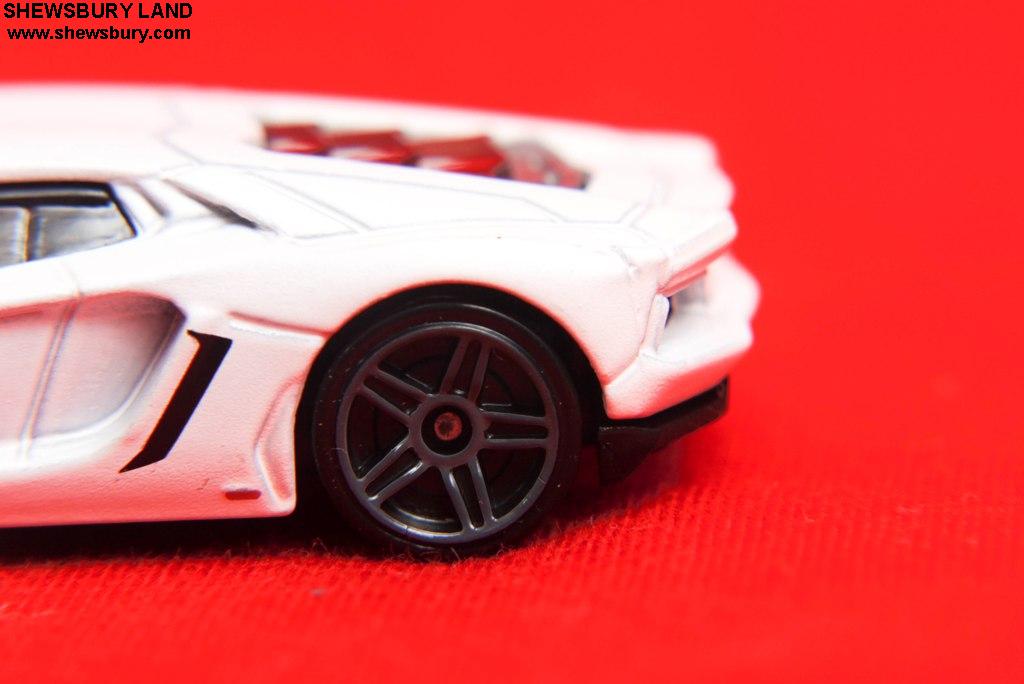 Overall this is the typical Hot Wheels offering from their regular lines at standard price points though sometimes in certain Asian countries this item are available at a slightly marked up price - can't do much with that, have to live with it. This is not perfect but somehow this is still a decent representation of Lamborghini Aventador from Hot Wheels. 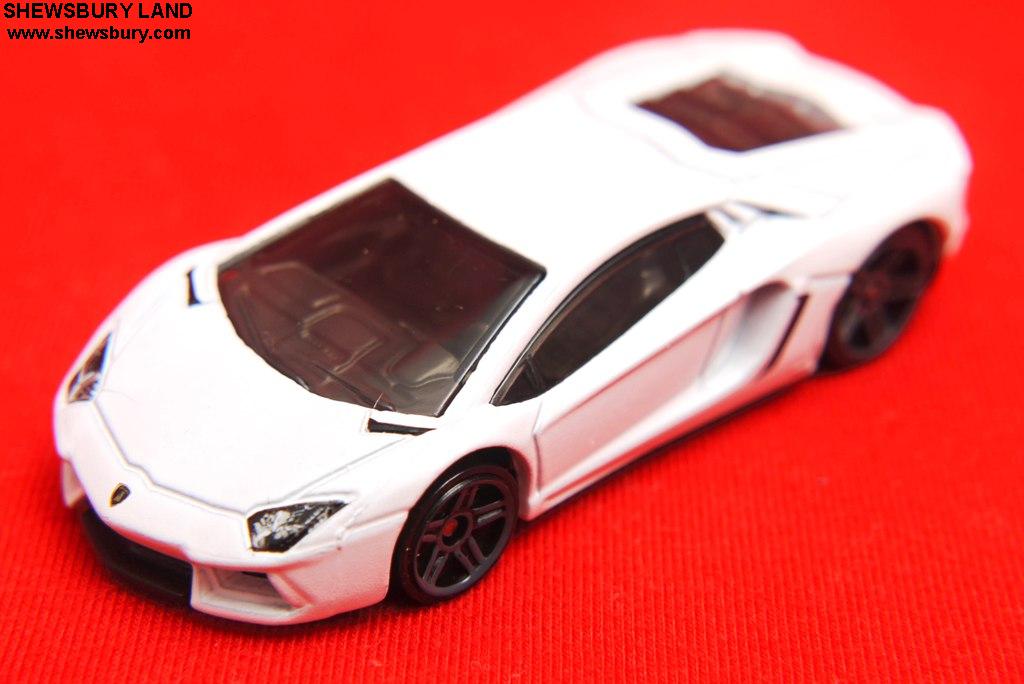 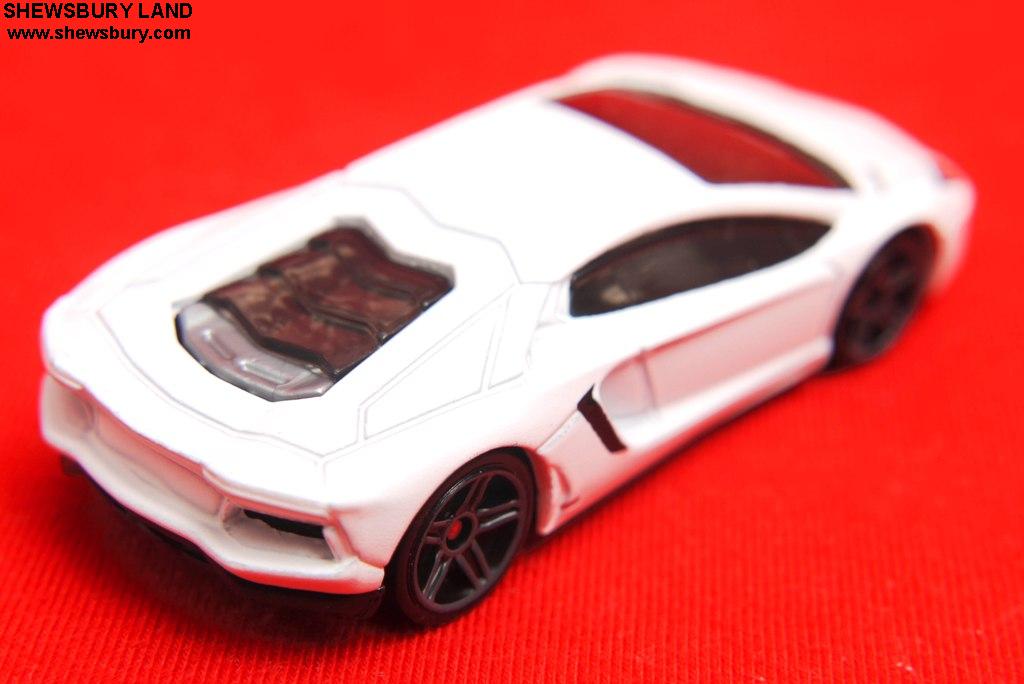 With the other "super cars" produced by Hot Wheels, strange but true, all these cars suddenly appear in Shewsbury Land within the same week as I only managed to get them all exactly within this week as well. Between the 3 of them, the Aston Martin DBS, Pagani Huayra and Lamborghini Aventador - take your pick... 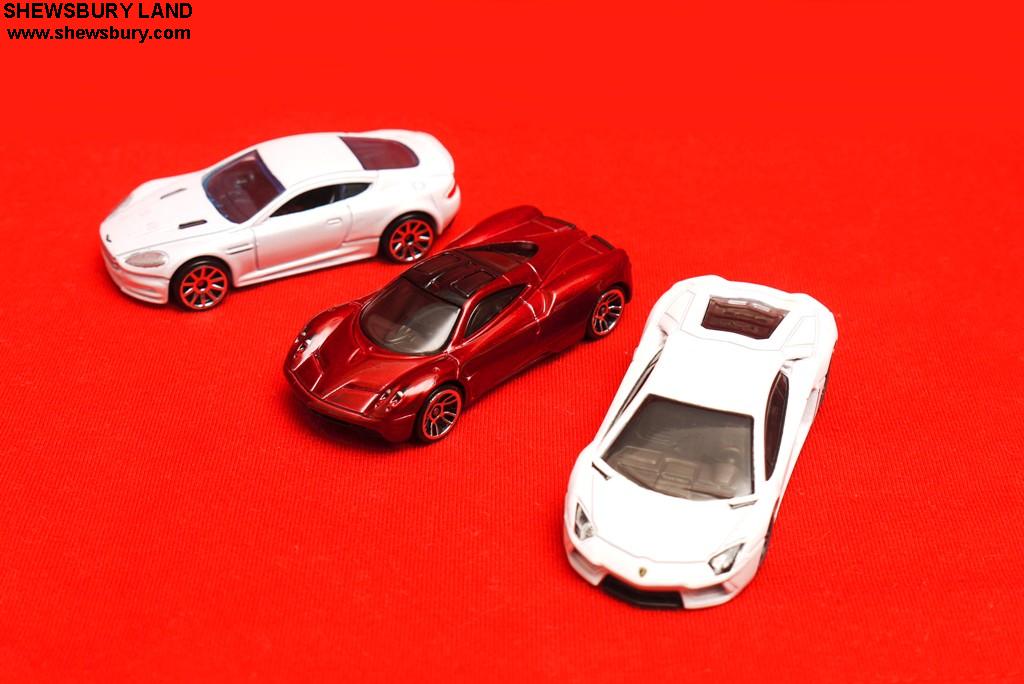