The Mazdago (or TCS) was a three-wheeled open "truck" first produced in 1931 that resembled a motorcycle with an open wagon or truck bed. It was steered with handlebars and powered with an air-cooled 1-cylinder engine/transmission combination unit. It was sold by Mitsubishi in Japan. It was considered to be the first autorickshaw. Over the years, it would be produced in different variants and spawned other similar designs such as the Hopestar and Daihatsu Midget. It was also the first vehicle manufactured by Mazda. 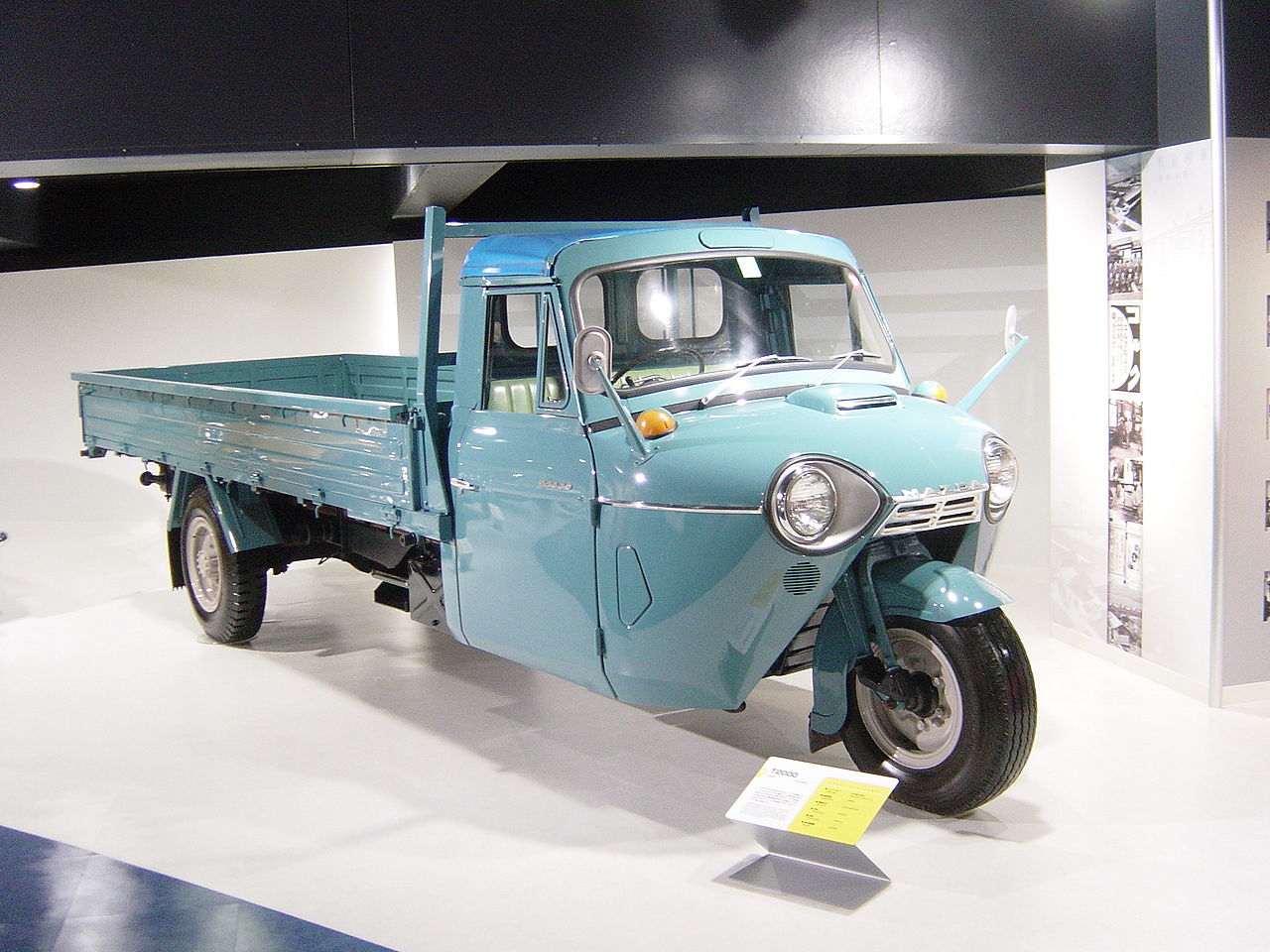 Note: This photo is from Wikipedia. I do not claim any rights on this photo. All rights and credits belong to the respective owner.


This particular die-cast 1/64 scale model produced by Tomytec (of Takara Tomy) is a representation of similar dump truck owned by "Nippon Express" or "Japan Express". 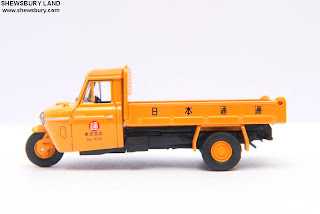 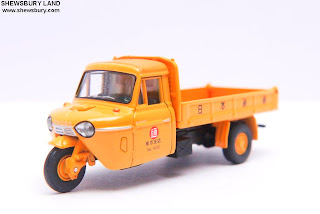 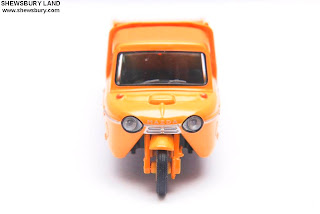 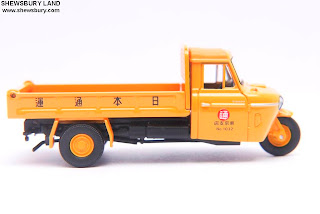 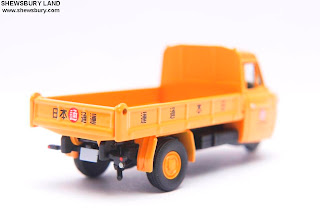 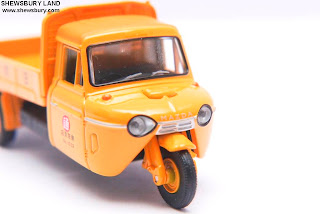 Tomytec only made "vintage" vehicle from many years ago, the 1990's, 1980's and all the way backward and on top of that they mainly focus on Japanese spec vehicles only and thus it's pretty normal to see this kind of commercial vehicles with Japanese text on it (in this case it's all Kanji). 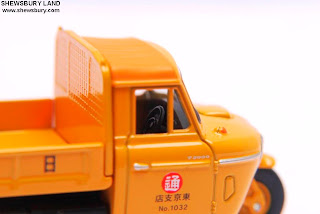 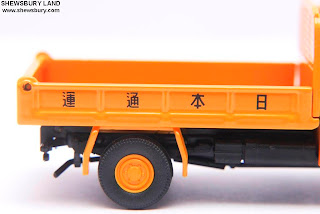 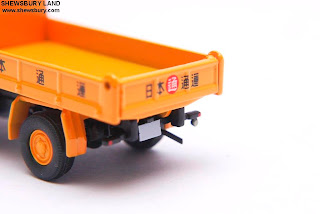 Feature wise, not much - there is no "suspension" gimmick on this one but rather you will get this; 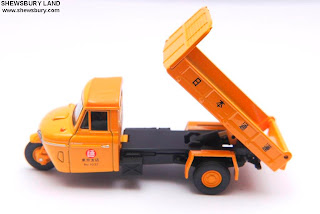 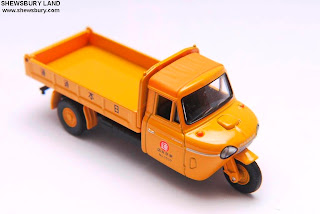 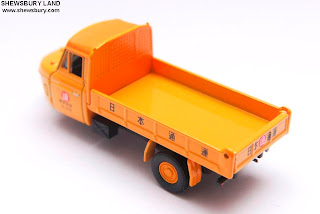 Overall, this is a brilliant piece of automotive history item - for the Japanese automobile and truck industry in particular and it's good to have this in our collection though I don't think many young collectors would even like such vehicle but I guess there are some mature adult collectors who would want to have this.

You can still grab this item from HLJ now, click the link below;