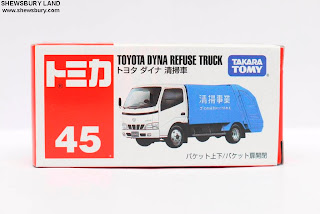 Anyway, never mind that, let's have a look at this Toyota Dyna Garbage Truck - I prefer the word "garbage" than refuse in this review: 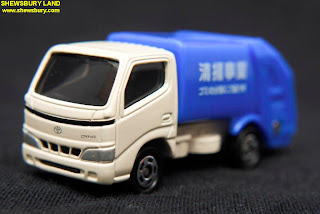 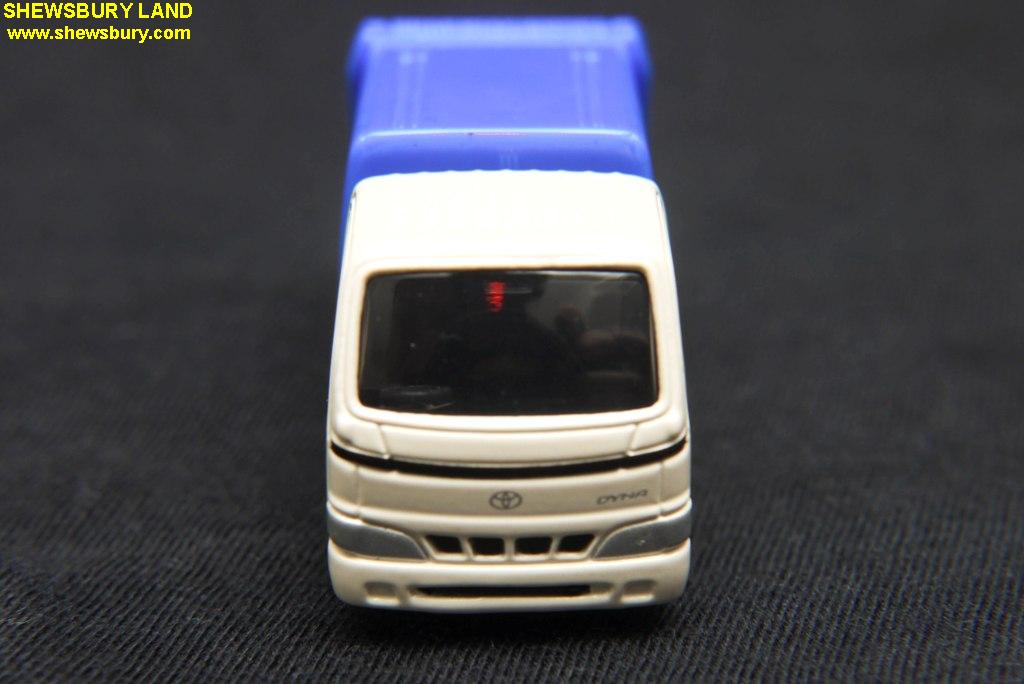 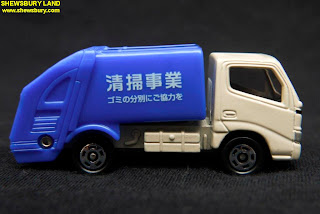 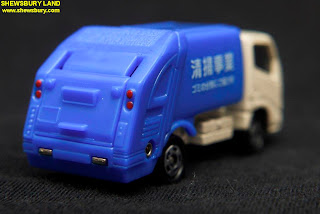 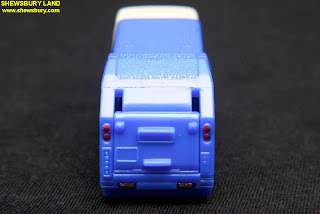 As usual, the painting job finishing from Tomica is very good. The exterior detailing on this model is quite simple it has to be said but I think somehow it's still a decent representation of Toyota Dyna at this scale; 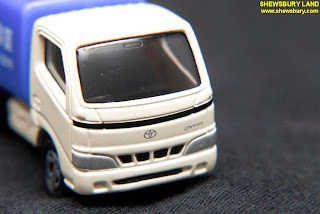 Japanese characters at the back, probably some Japanese company name or what ever, at this point of time I actually have joined a Japanese Language Course - the basic level, for half a year now in fact, we have learned Hiragana and Katakana but not yet the Kanji, the characters on this truck is mostly Kanji with a few Katakana and Hiragana only. In short, I still don't know what is the meaning LOL; 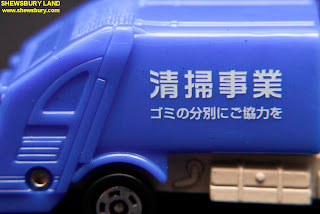 Anyway, the detailing on the rear part is quite good. I'm glad that they colored the brake/tail lights accordingly; 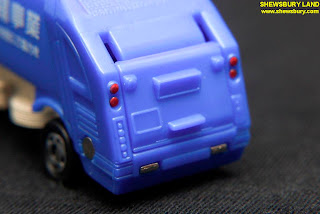 An as usual for Tomica, they always throw some fun feature/gimmick - on this Toyota Dyna, this is what you get; 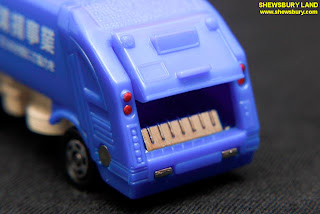 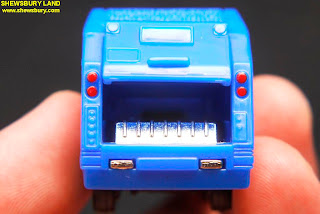 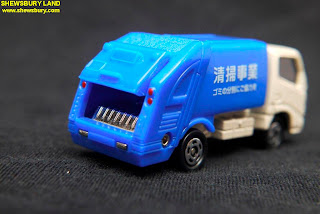 In real life though, when you are driving or you car is behind this kind of truck with that rear cover wide opened and lots of garbage/rubbish in it - you probably want to do overtaking maneuver as soon as possible as the smells can be really "funny" at times LOL - you wouldn't like it LOL;

And there is another bonus feature/gimmick on this one; 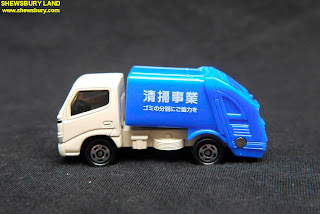 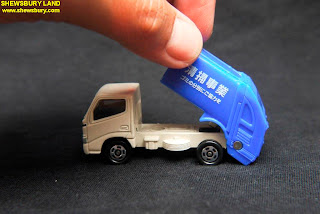 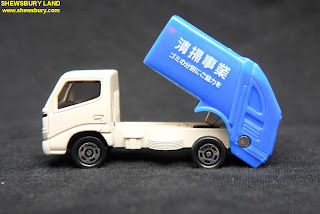 Yes, you can lift up the back part and pose the Toyota Dyna this way as if it was unloading all the garbage/rubbish in it; 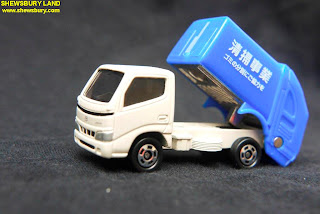 Overall, this is a fun "garbage truck" from Tomica. I like it a lot and the color scheme of white and blue is quite awesome and suits my taste while the fun feature/gimmick is a great bonus to have for such trucks at this scale. 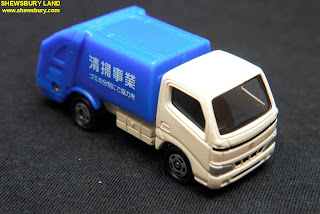 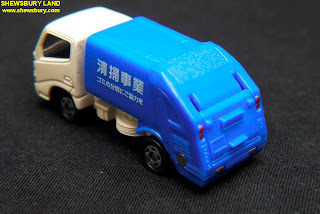