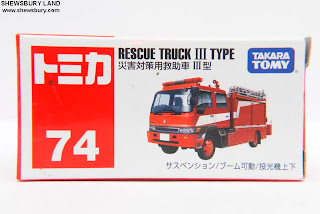 One of my friend who regularly visit this blog and read most if not all of the toy review articles and digirama that I produced but she never bother to leave comment because she is just plain lazy told me that I always inaccurately refers Tomica cars/vehicles as Takara Tomy. I should refer them as "Tomica bla bla bla" produced by "Takara Tomy".

In fact what she said is true, point taken and noted - from now onwards I will refer them accordingly as "Tomica bla bla bla" produced by "Takara Tomy".

In addition to that, as a matter of fact, when you look at the box of this regular "Tomica" - there is Japanese characters on top of the number. That character is a "Katakana" which says "Tomica"

Thus Tomika is "Tomica" - the series name of this toy lines from Takara Tomy.

"Takara Tomy - Tomica" don't really make as many car models as Hot Wheels or probably Matchbox did - I guess Hot Wheels (Mattel) is the real king in this segment. "Takara Tomy - Tomica" being a Japanese largely focusing on JDM (Japanese Domestic Market) cars though once in a blue moon they release some European and American cars but that is only for the real "popular" cars from those continent.

I always believed that even in this "globalization world era", Tomica products are mainly for Japanese market and the secondary market target would be in some Asian countries where they have a lot of Japanese automobiles fans/user/buyer/owner - countries like Hong Kong, Thailand, Malaysia, Brunei, Singapore, Indonesia, The Philippines and a few others where Japanese automobiles are a common. I'm not sure about China, probably yes, while in Europe and the Americas, I totally have no clue as I expect competition can be quite though in those region.

Even so, there are quite a number of die cast collectors around the world (outside Japan and those several South East Asian countries that I mentioned above) who also love Japanese automobiles and die cast scale models of JDM vehicles.

For example, you can try visit this guy's blog;

He love Toyota and Tomica so much and being a white people - I admired his dedication on Toyota and die cast scale models of vehicles of Toyota related. He have quite a large number of Toyota in his collections.

Anyway, let's have a look at this Tomica Hino Rescue Truck Type III  - on the box ironically it says "Rescue Truck III Type" which I believe sounds weird in proper English - I guess it's must be some sort of translation misunderstanding by the Japanese. 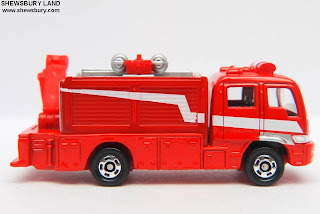 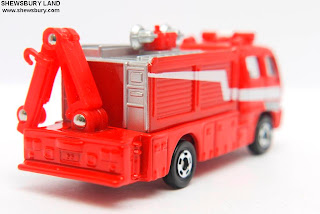 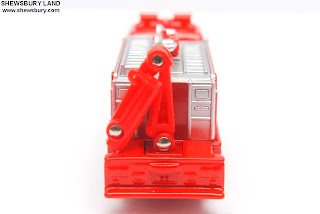 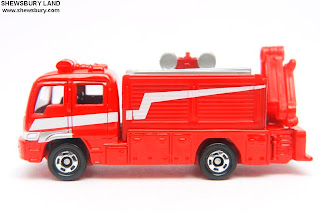 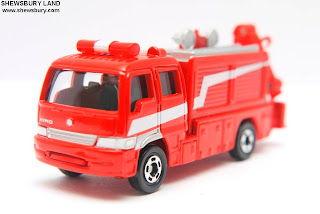 The painting finishing is quite good, exactly what we can expect from Tomica. Exterior detailing is equally good. 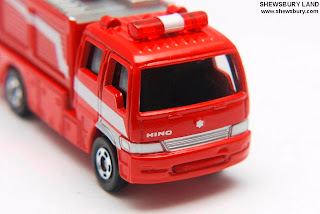 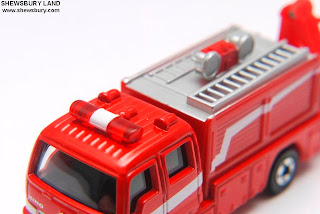 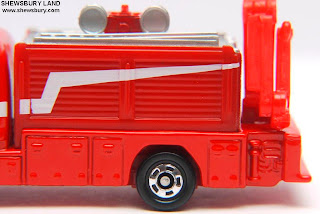 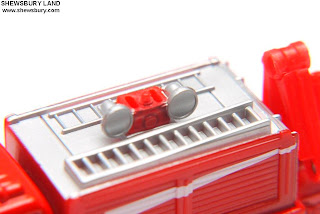 I think in general - what a collectors may want to see in a typical fire engine truck or rescue truck are made visible by Tomica and they did a great job while also throwing some sort of fun gimmick/feature to make it better.

This is the fun gimmick/feature part - that thing at the back, what ever it is, seems to be like and arm or something that you can use to tow something I guess - you can move them like this; 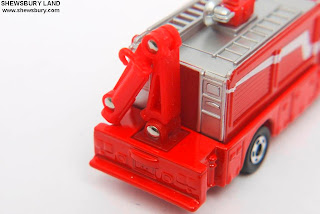 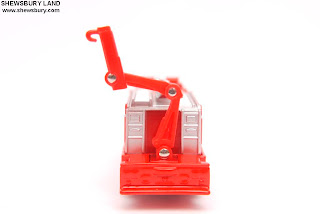 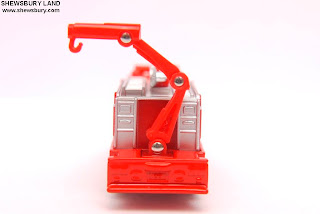 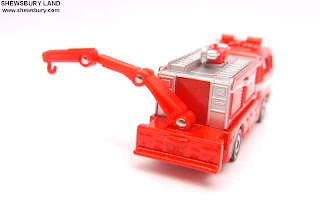 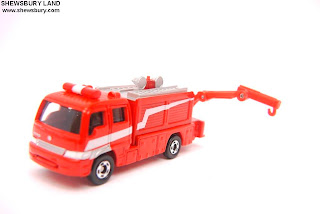 It's fun but of course the downside it's stuck on that one side only - the left side of the truck - I think it would be more fun if you can turn it to other sides as well. 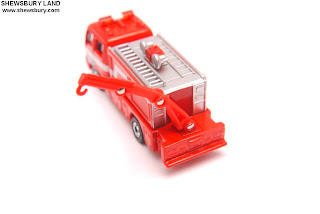 And there is another bonus gimmick, see that thing on top of the the middle part - the one with roundish shape on both end at the top; 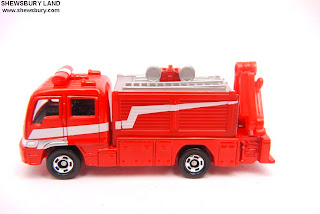 You can actually pull it up like this and I think it is some sort of spot lights maybe - I'm not sure, just my guess - anyway, it's a cool to have such gimmick; 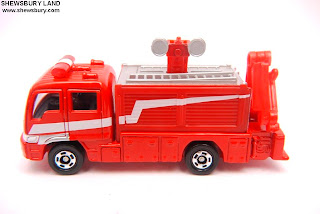 Overall, this is a very nice representation of Hino Rescue Truck Type III by Tomica of Takara Tomy. The painting finishing is very good and the fun feature/gimmick is a nice bonus to have on such vehicles. I love red color!!!! LOL LOL LOL... 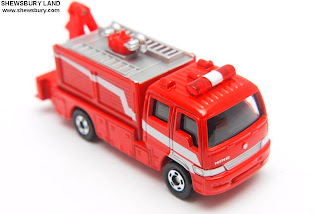 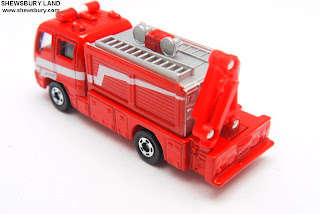 Side by side comparison with Pierce Dash Fire Engine Truck produced by Matchbox; 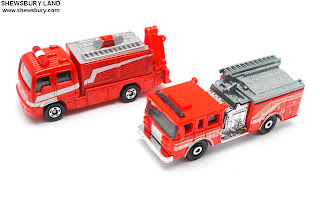 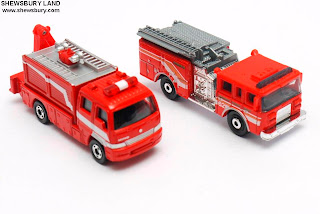 I think both of them have their own "greatness" in their own accord - I can't really pick who is better than the other - I guess, their existence side by side compliments each other.