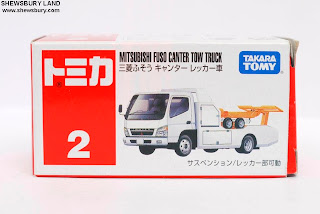 This is a die-cast car model of Mitsubishi Fuso Canter Tow Truck from Tomica produced by Takara Tomy of Japan. Once in a blue moon, I like to grab some of these trucks especially if they have some fun features or gimmick.

The Mitsubishi Fuso Truck and Bus Corporation (Japanese: 三菱ふそうトラック・バス株式会社 Hepburn: Mitsubishi Fusō Torakku・Basu Kabushiki gaisha) is a German-owned, Japan-based manufacturer of trucks and buses. It is headquartered in Kawasaki-shi, Kanagawa, Japan. This company is one of the world's largest truck manufacturers. Daimler AG of Germany owns a large number of shares of Mitsubishi Fuso. Mitsubishi Fuso is a member of the Daimler Trucks division of Daimler AG.

Now, out of the box; 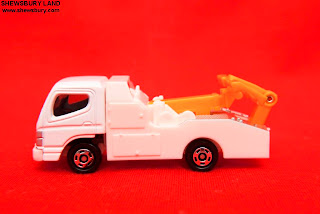 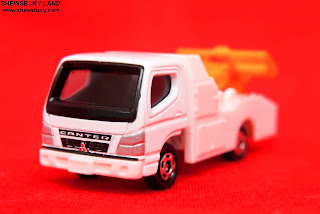 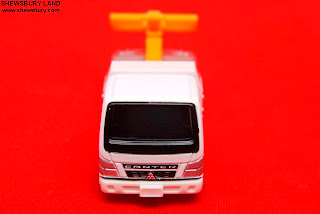 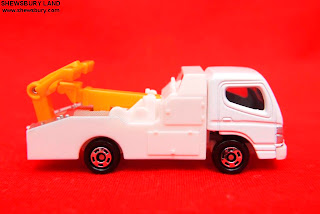 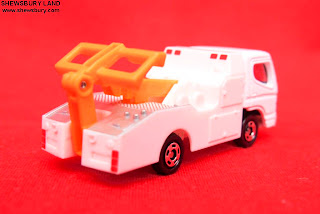 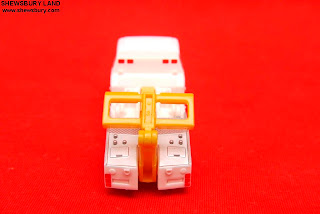 The exterior detailing is quite good while the paint job finishing is never disappointing, exactly what you expect from Tomica of Takara Tomy.

Just like many other trucks at this scale from Tomica, this Fuso Canter also have fun feature/gimmick on it. Since this is "tow truck", we can actually use that "towing machine" at the back to lift up other vehicles at around the same scale; 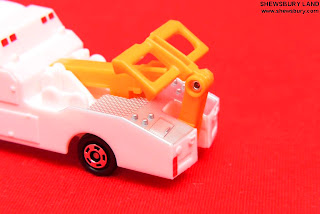 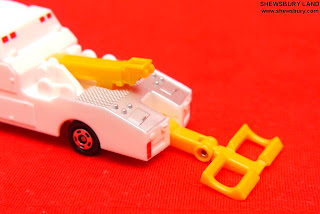 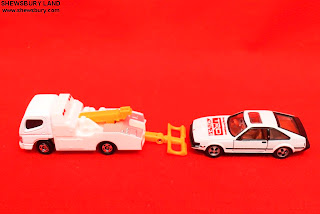 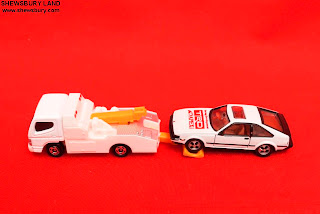 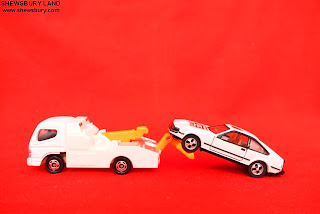 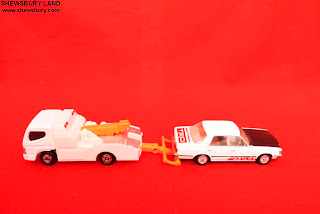 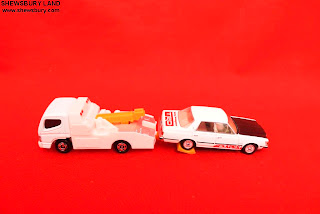 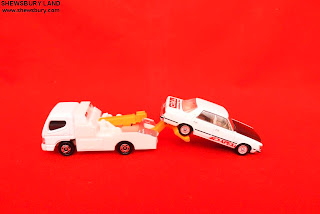 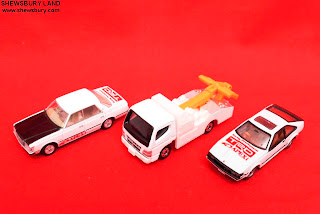 Come to think of it, I don't have a single Mitsubishi sports or sedan/salon car in my collection - ironic!!! 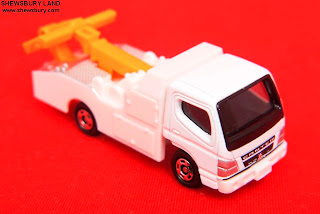 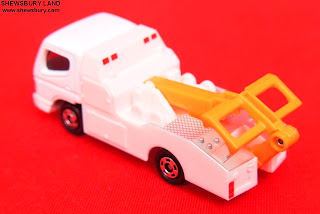 Overall, this is a nicely detailed Fuso Canter truck at this scale and as a bonus it has quite a fun and usable (for vehicle at similar scale) feature as well. I didn't realized that up till now, I actually have several units of trucks in my collections already and most of them always have the fun gimmick. 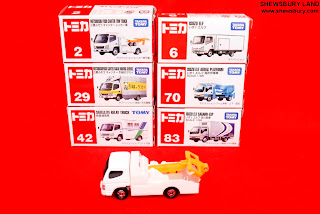