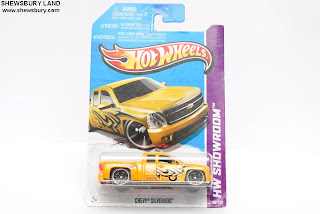 This is another brilliant die-cast car models from Hot Wheels that I saw recently and without doubt I feel that this can be good addition into my collections.


According to Wikipedia - The Chevrolet Silverado (also known as GMC Sierra), is the latest line of full-size pickup trucks from General Motors. Although General Motors introduced its first pickup truck in 1930, the term "Silverado" was a designation used only to detail the trim for the Chevrolet C/K pickup trucks and Suburbans from 1975 through 1999. GMC used a few variations of the "Sierra" name (Sierra, High Sierra, Sierra Grande, Sierra Classic) to distinguish the different trim levels through 1987, though the "C/K" nomenclature was continued through 1999. "C" (or "R" for 1987) trucks were rear-wheel drive and "K" (or "V" in 1987) models were four-wheel drive. The "R/V" nomenclature was continued from 1988-1991 to distinguish the older platform trucks that were still being produced in addition to the T400 platform C/K. Both Chevrolet and GMC dropped the "C" and "K" designations in 1999. However Chevrolet still uses the CK and the CC in their current model codes.

The Chevrolet Silverado and GMC Sierra trucks have been essentially the same for their entire history. The Silverado today is generally advertised as the "standard" version and is more aimed for use in agriculture, while the Sierra is aimed for industrial workers but can be ordered as a well equipped luxury truck. There are some trim and option variations as well. Early models included variations in the engine and equipment, but the present differences are slight. The 1999 redesign included different grilles and interior trim, and certain features (e.g. Quadrasteer) were included at different times on the two trucks. Chevorlet did not create a Denali model for the Silverado. However, the GMC Sierra has a Denali model. 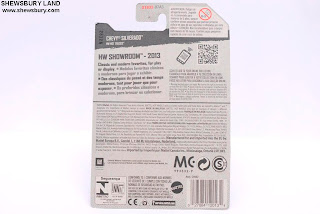 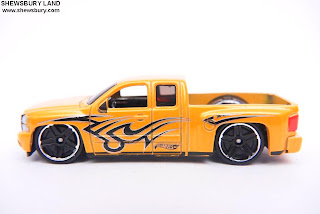 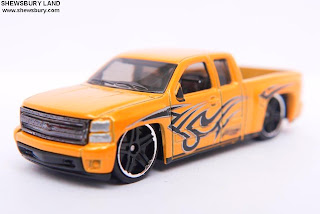 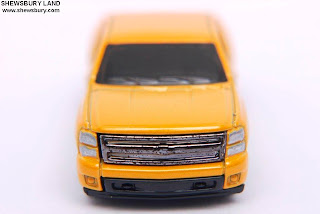 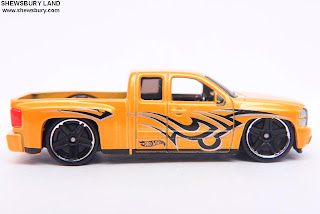 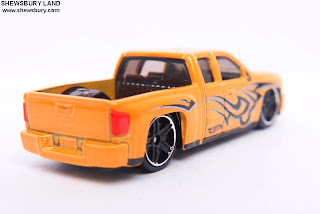 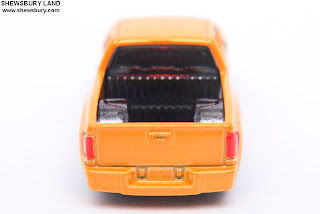 As for the real Silverado, from what I can see on this toy model, this Silverado seems to be able to fit in 4 passengers easily and thus apart from using it in agricultural field, I guess this is nice can be a nice family car as well for use in city area. 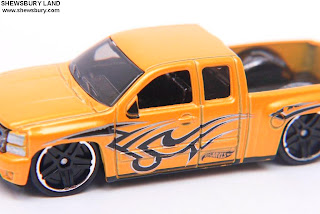 The wheels on this one is not so bad, I can like it that way. 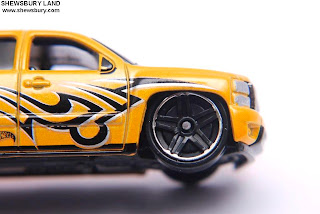 Hot Wheels did a great job by choosing the black color for the floor for that rear compartment space instead of using the body color; 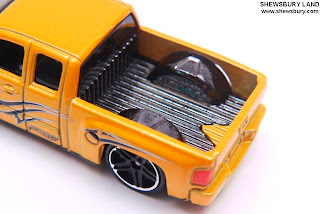 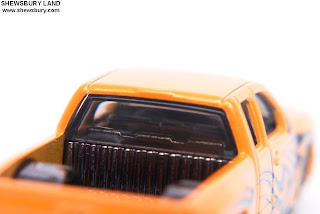 Overall, this is a very beautiful representation of Chevrolet Silverado at this scale and price range. Hot Wheels did a wonderful job with the design and color scheme. I never have any pick up trucks or similar type of vehicle in my collection because I'm pretty selective in what I want to get but this one really deserve to be the first of such in my collection. 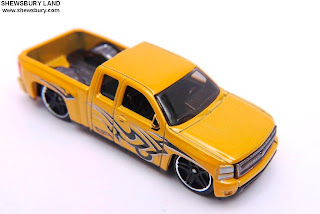 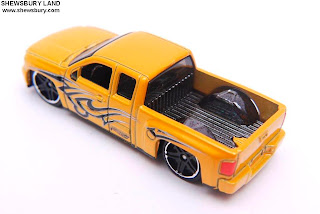