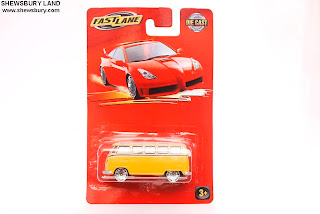 This is the die-cast car model of the evergreen Volkswagen Samba Van produced by Fast Lane.

The Volkswagen Type 2, known officially, depending on body type as the Transporter, Kombi and Microbus, and informally as the Bus (US) or Camper (UK), is a panel van introduced in 1950 by German automaker Volkswagen as its second car model – following and initially deriving from Volkswagen's first model, the Type 1 (Beetle), it was given the factory designation Type 2.

As of January 2010, updated versions of the Type 2 remain in production in international markets - as a passenger van, as a cargo van, and as a pickup truck. Like the Beetle, the van has received numerous nicknames worldwide, including the "microbus", "minibus" and because of its popularity during the counterculture movement of the 1960s, it is also known as the "Hippie van".

Autocar magazine has announced the T2 will cease production on December 31, 2013, because of the introduction of more stringent safety regulations in Brazil. 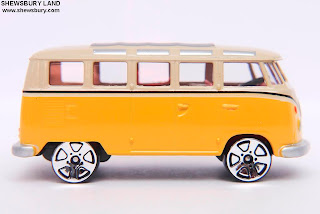 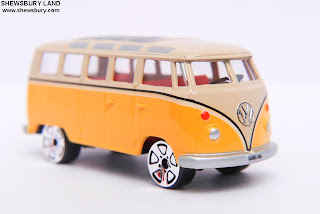 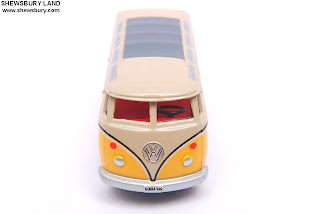 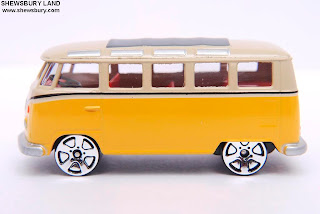 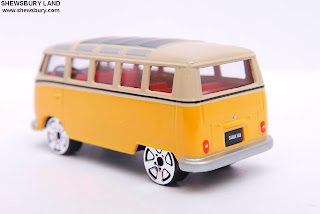 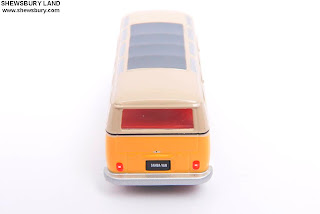 The approach taken by Fast Lane (the producer of this die-cast car model) is as "almost real but somehow simpler" some collectors might like this a lot while some maybe feel it's boring. I personally prefer this approach a lot.

As you can see from the above photos, the painting finishing and exterior detailing is quite good considering the price points though for me personally, I'm a little disappointed that on this particular model, Fast Lane did not make the side mirror like they did on some or most of their models. What ever the reason, I don't know but I guess it's not a deal breaker at all.

The interior is using red as their theme color, pretty strange combination since the body color is not red but then again this is just a toys, so we shouldn't worry way too much about such things.

I like this model from Fast Lane because they use the typical classic seat style - the sofa style or what ever you call it - you know that flat seat with no head rest available on it. Basically 3 person can seat in front (including the driver) and thus at the back means you can put in more passenger as there is a little extra room in the middle part of the seat. 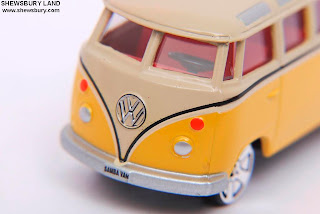 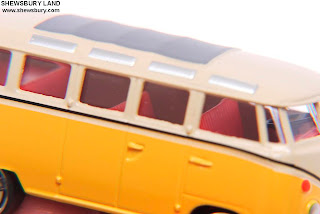 As a matter of fact, I already have almost similar model from Maisto (this van is so popular that even Maisto produced a die-cast of this model with a "tuned version" type). However, as you can see from the picture below, the one from Maisto seems to look more "modernized' while the one from Fast Lane really have this classic old school feeling on it; 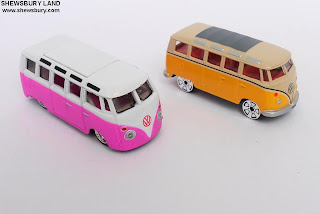 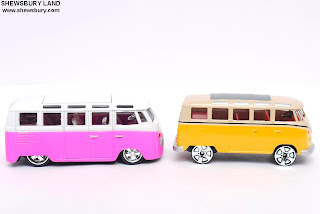 In case if you interested to see the interior detailing of the one from Maisto (which is quite impressive in fact); 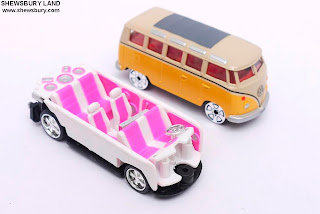 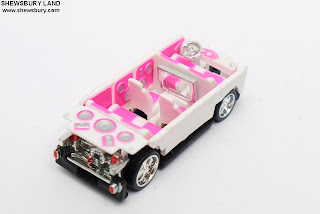 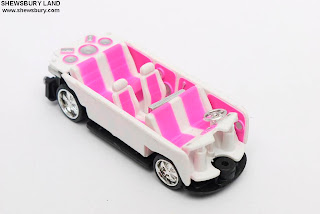 The one from Fast Lane is sealed with rivets (the same as those from Hot Wheels) so I can't show any of the interior. Eventually, I got 2 of similar models from Maisto - I guess I really like this van a lot. 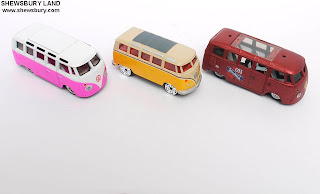 Overall, this is quite a pretty decent representation of the "Hippie Van" at this scale and price level. The exterior color scheme certainly feel classic. I like the fact that Fast Lane did a nice job in coloring all the head lamps and rear/brake lights accordingly though I personally think that the wheels is not pretty. 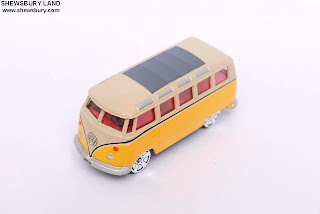 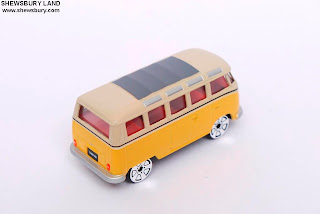