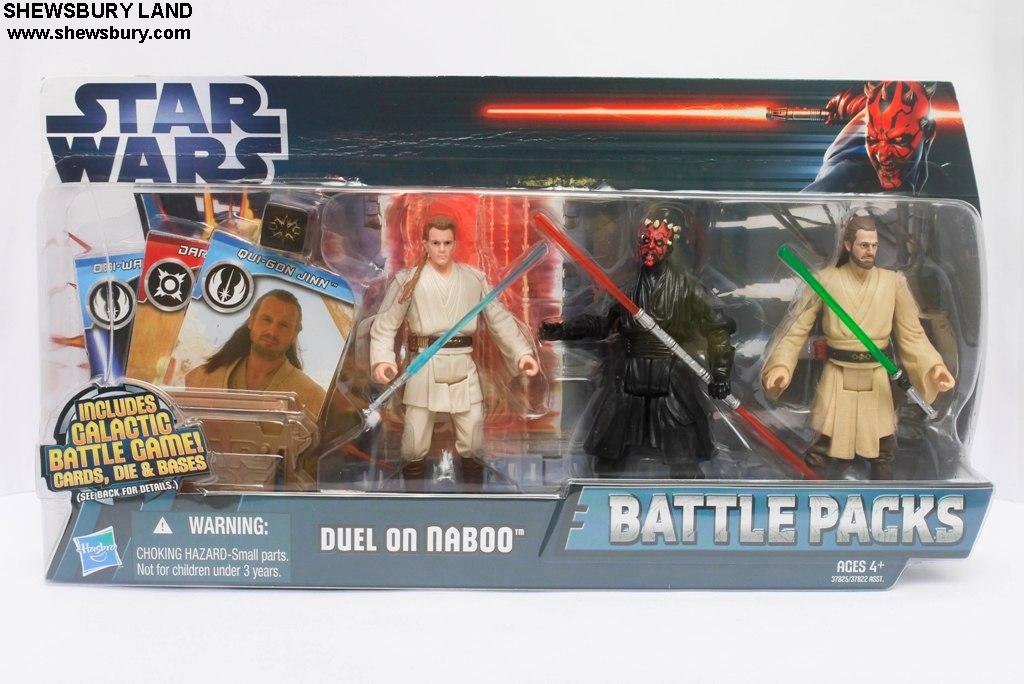 This is a specially packaged 3 in 1 action figure of the young Obi-Wan Kenobi, Darth Maul and Qui-Gon Jinn from the movie of Star Wars Episode 1 and as it says on the packaging, Hasbro call it as "Star Wars Battle Packs - Duel om Naboo" or something like that LOL

Apparently, I already have the action figures of these 3 guys but there is a reason why I somehow still buy this "Battle Packs" thingy, I will tell you later as you read on.... but first the packaging; 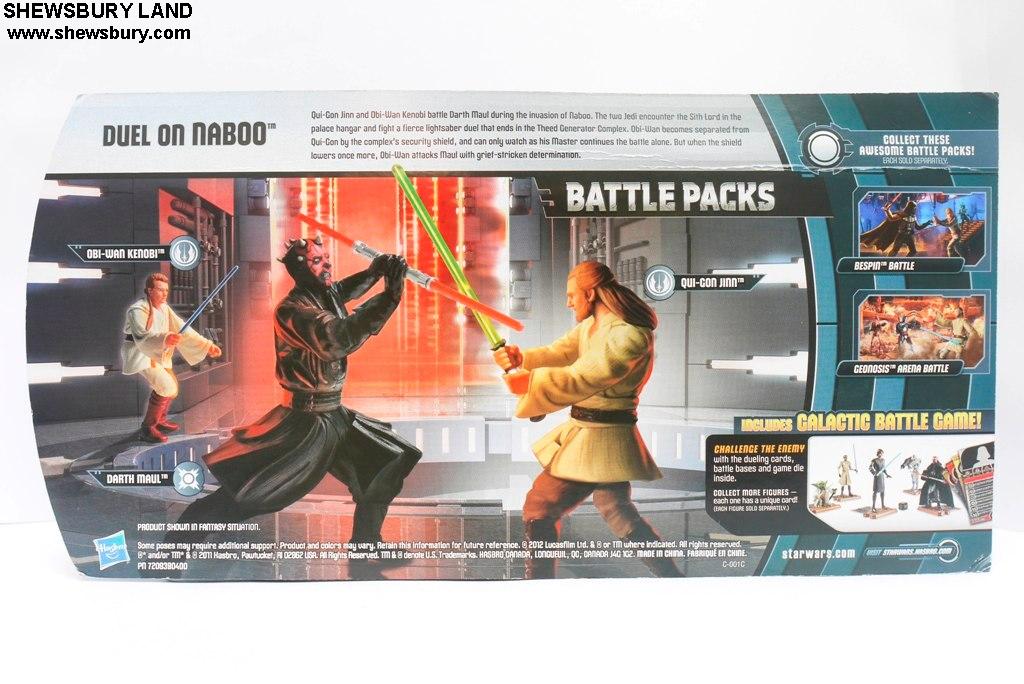 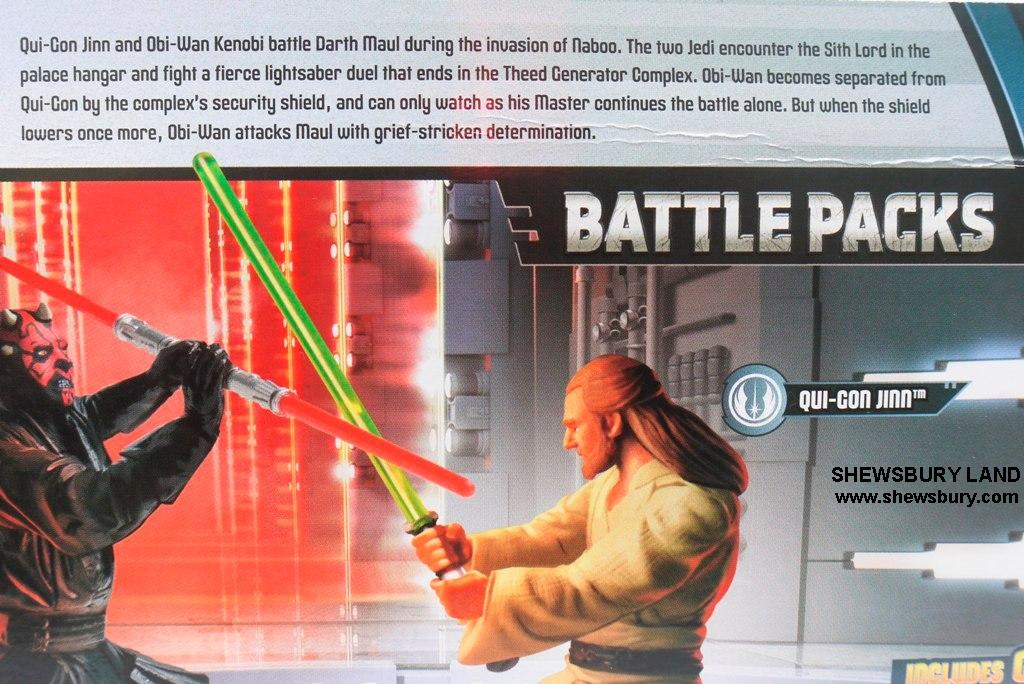 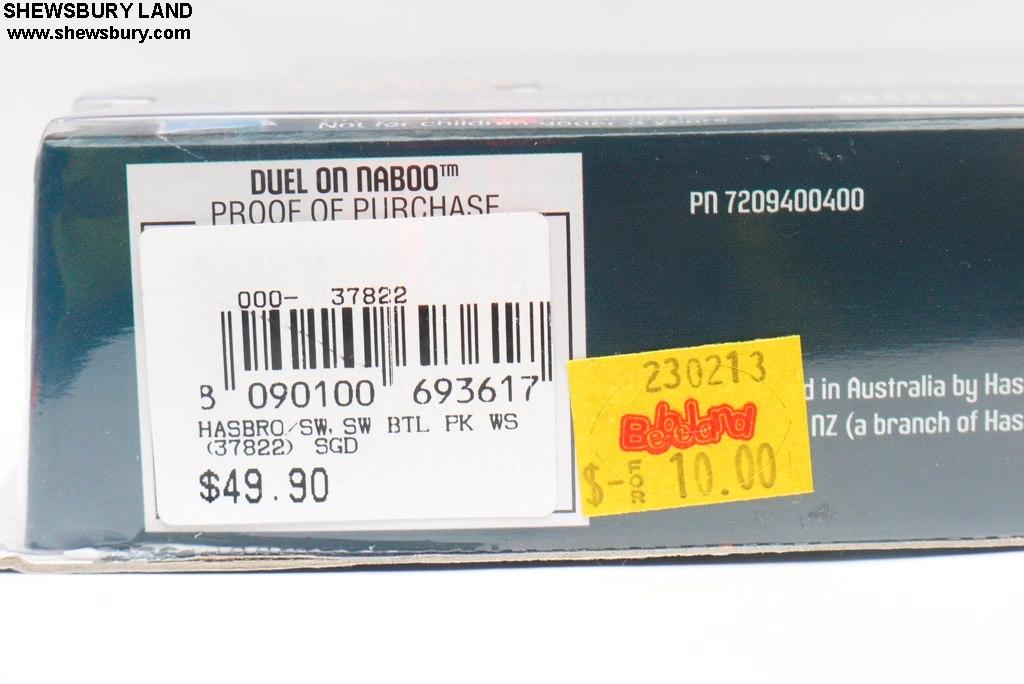 Out of the box, you will get these 3 poorly articulated action figure [another reason why I wont buy this at the original retail price of $50.00 (about USD 40.00 / EUR 31.00 / 3,856 Yen)] with their respective weapons (light saber), the characters cards, a dice and last but not least a display base for each of them. 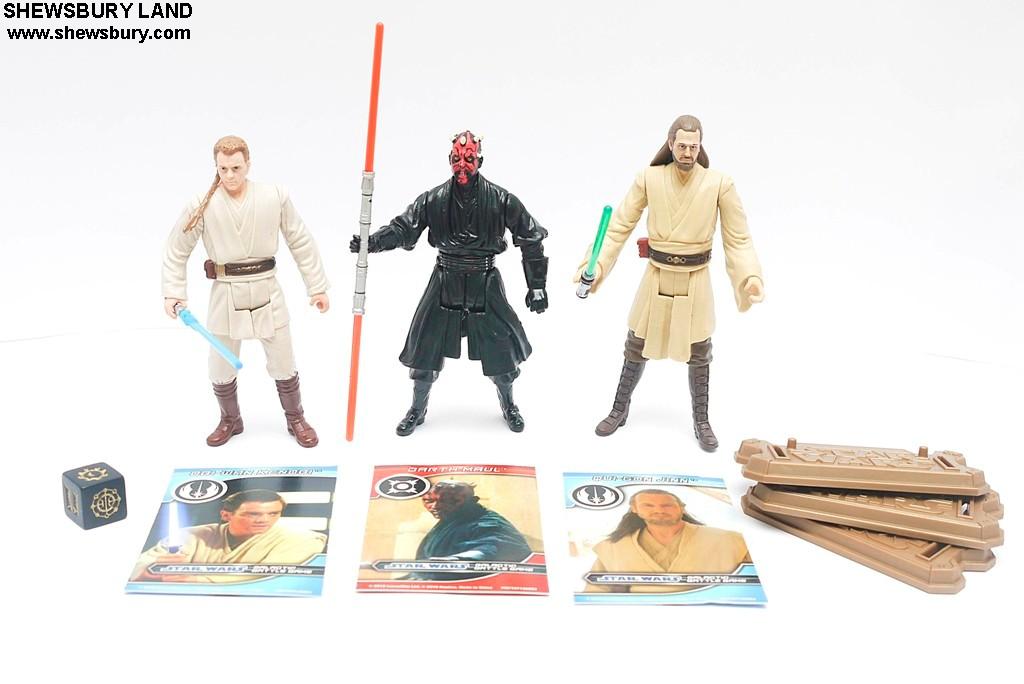 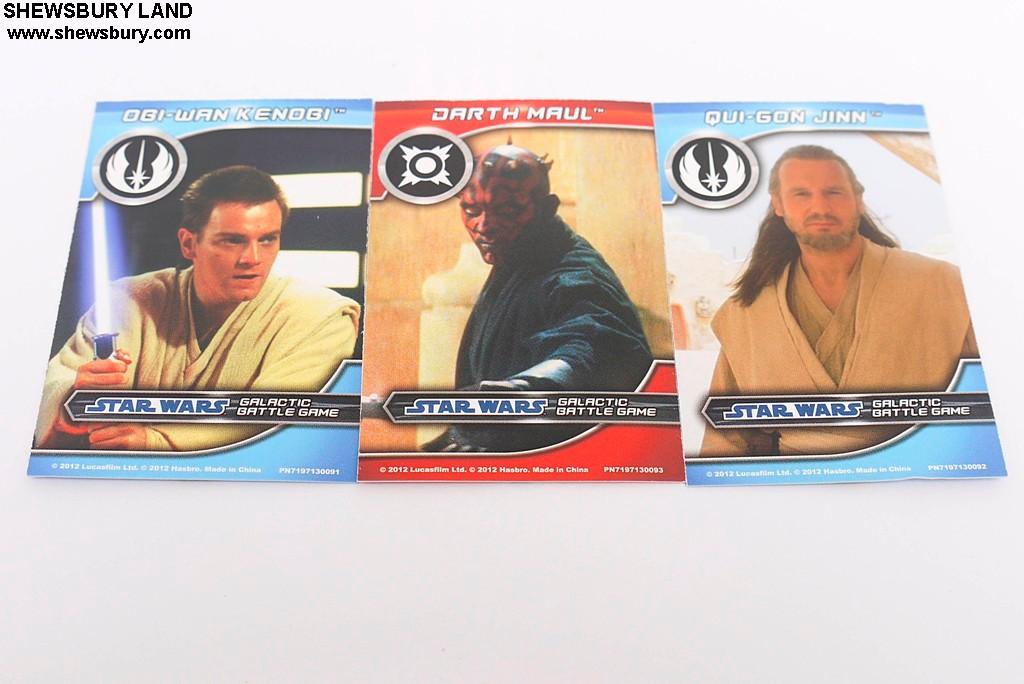 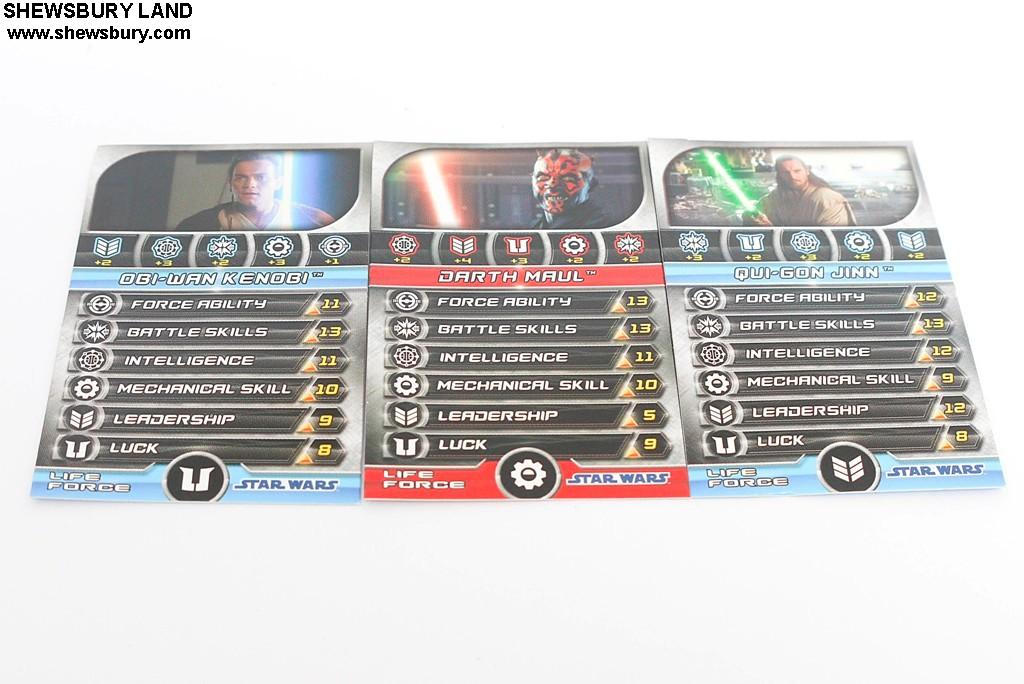 So first thing first, let's have a look at the young Obi-Wan Kenobi; 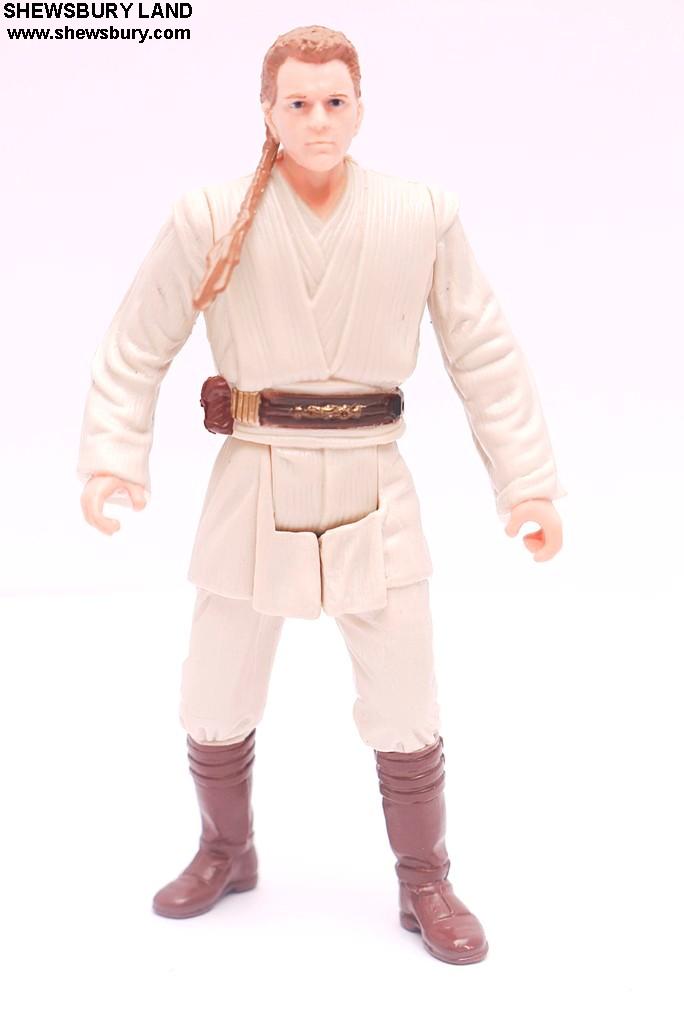 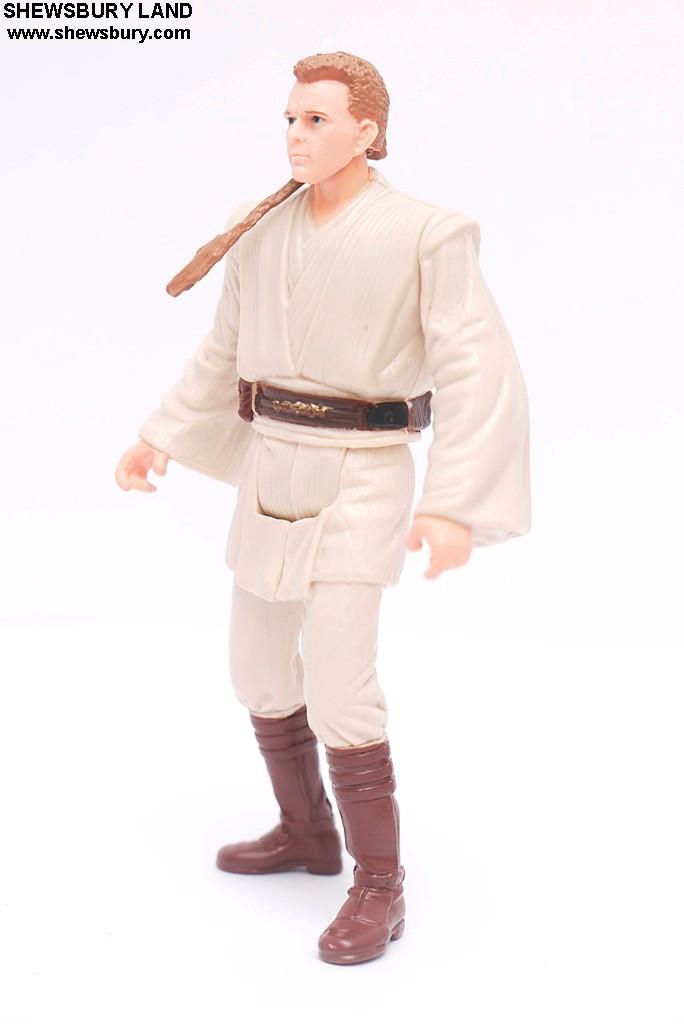 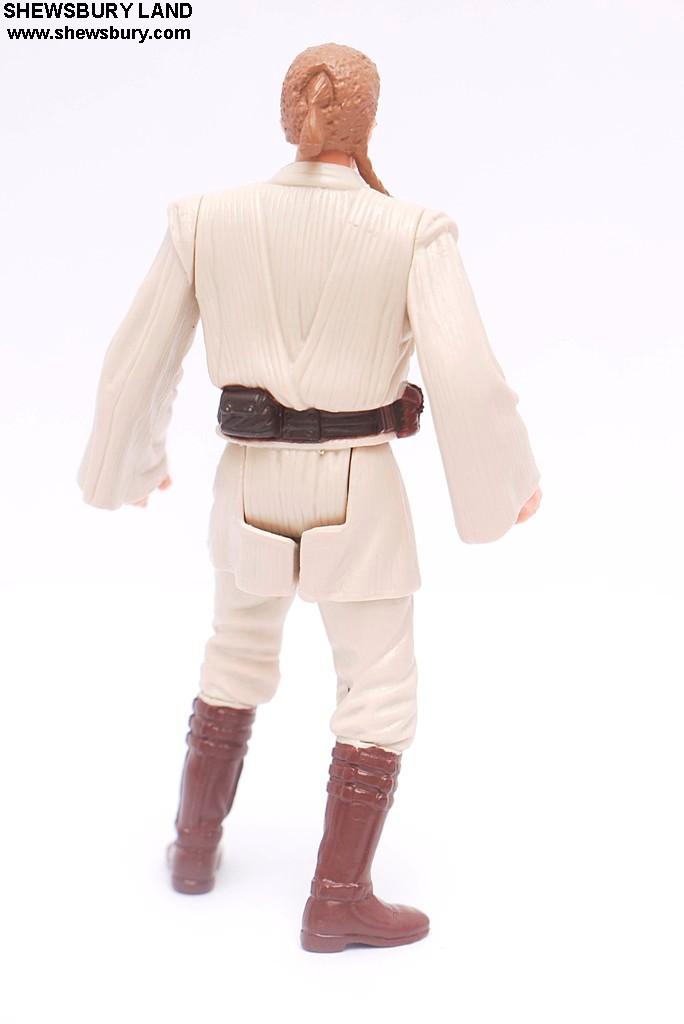 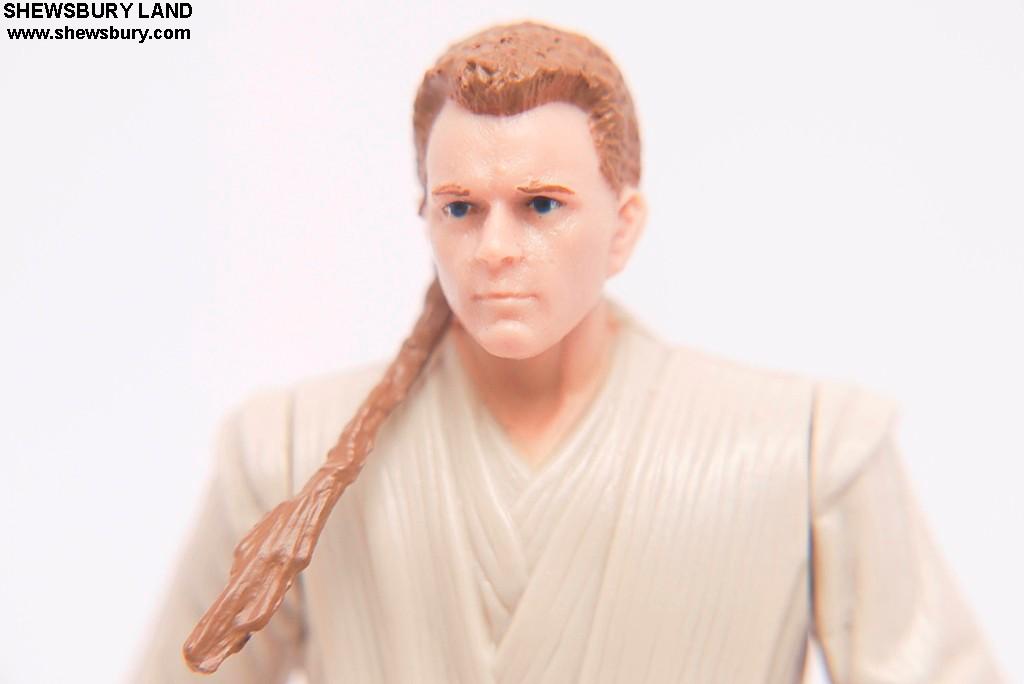 Next is the Darth Maul; 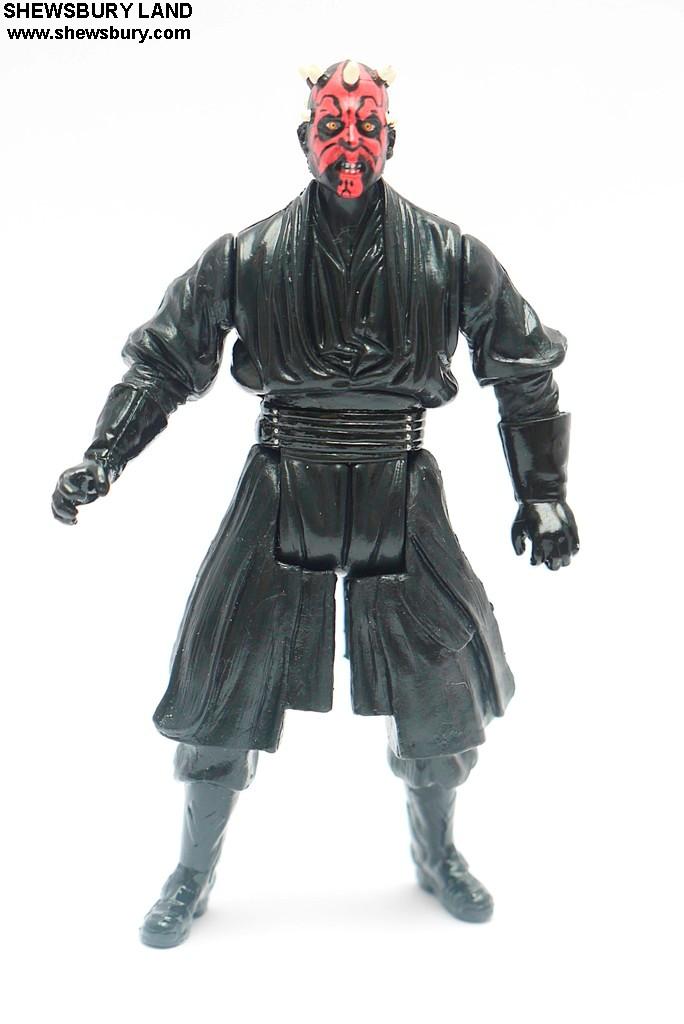 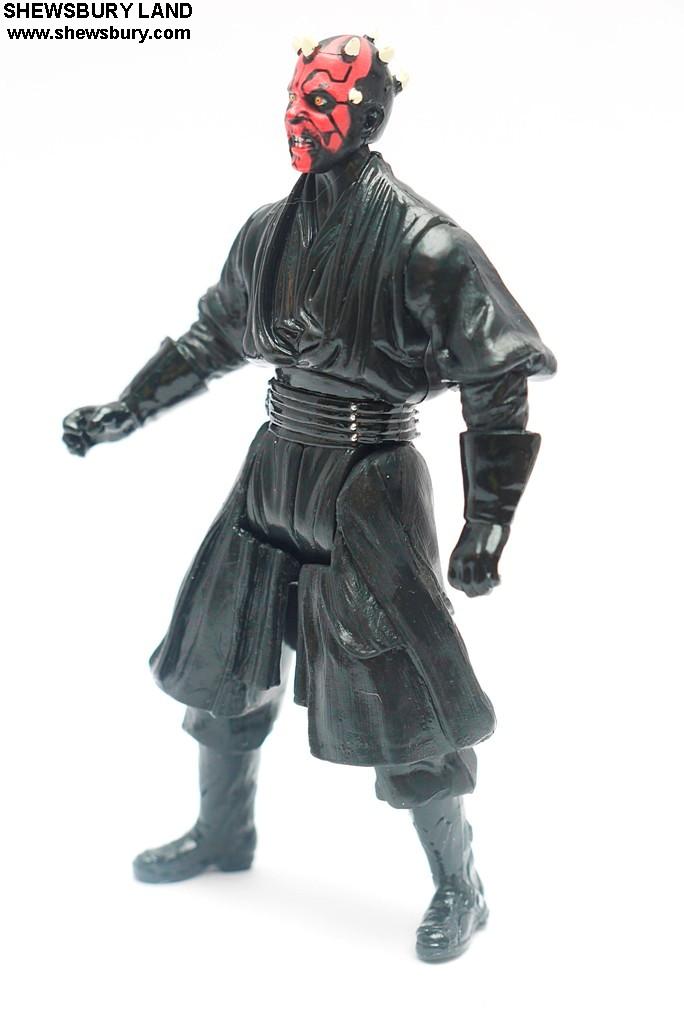 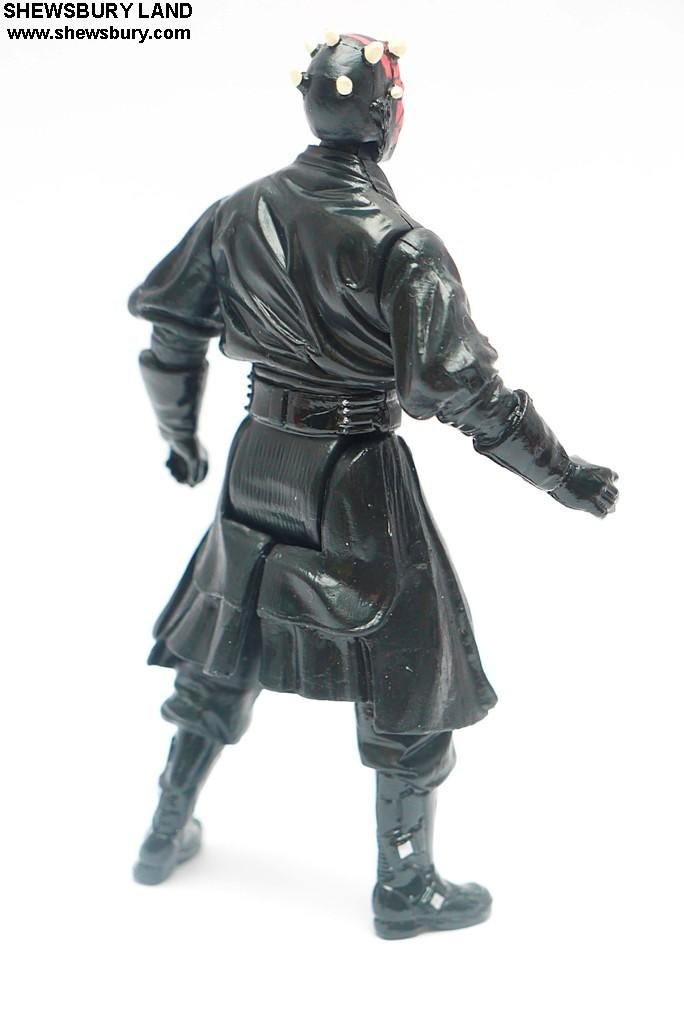 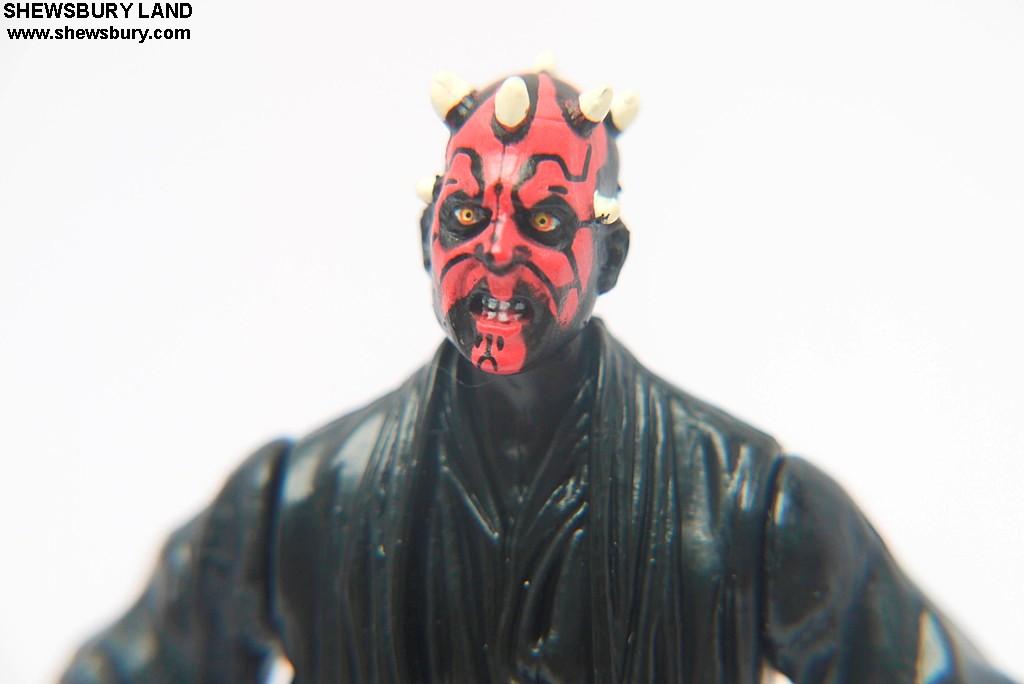 And last but not least, Qui-Gon Jinn; 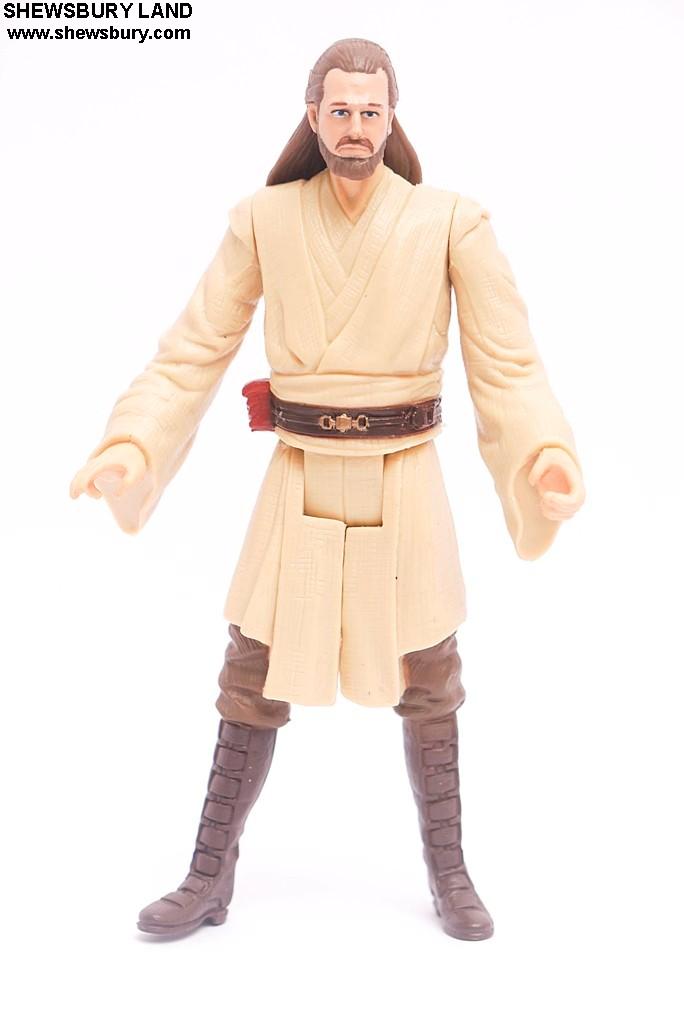 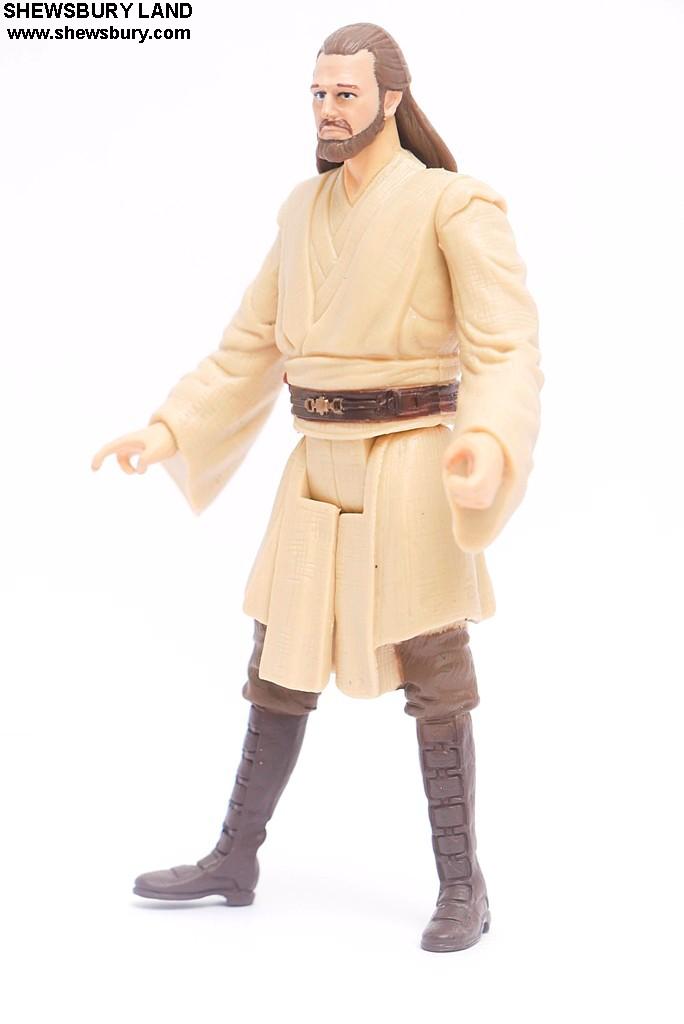 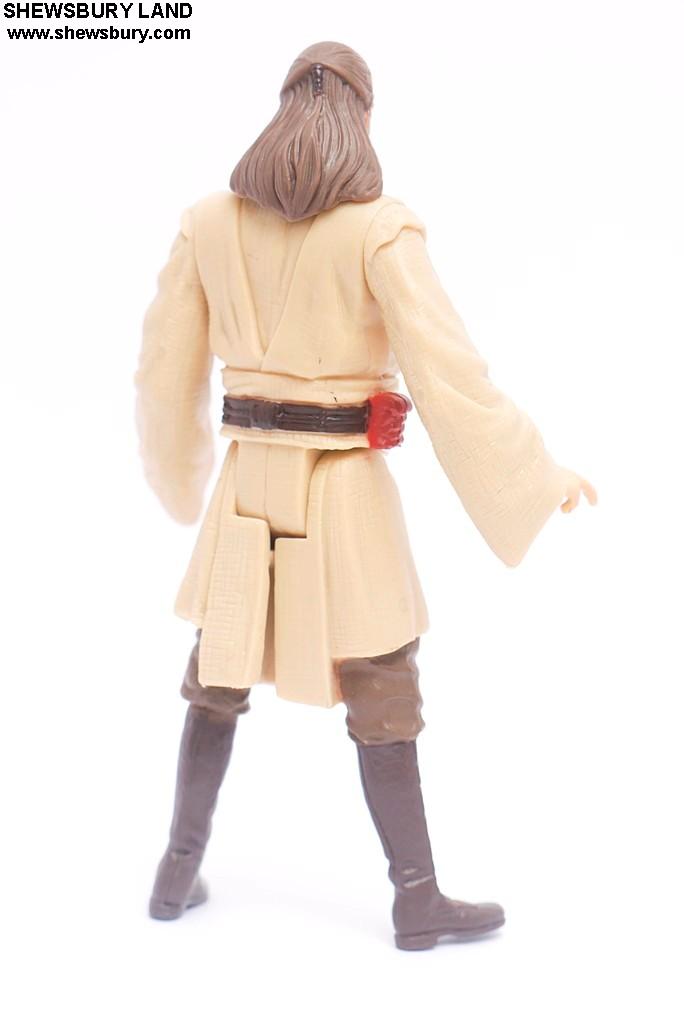 Considering the fact that they were "released" in 2011, the articulation is quite poor for these 3 figures. All you get is articulation on that neck/head, on the shoulder and lastly on the hips and that's about it, no more no less all the same for 3 of them; 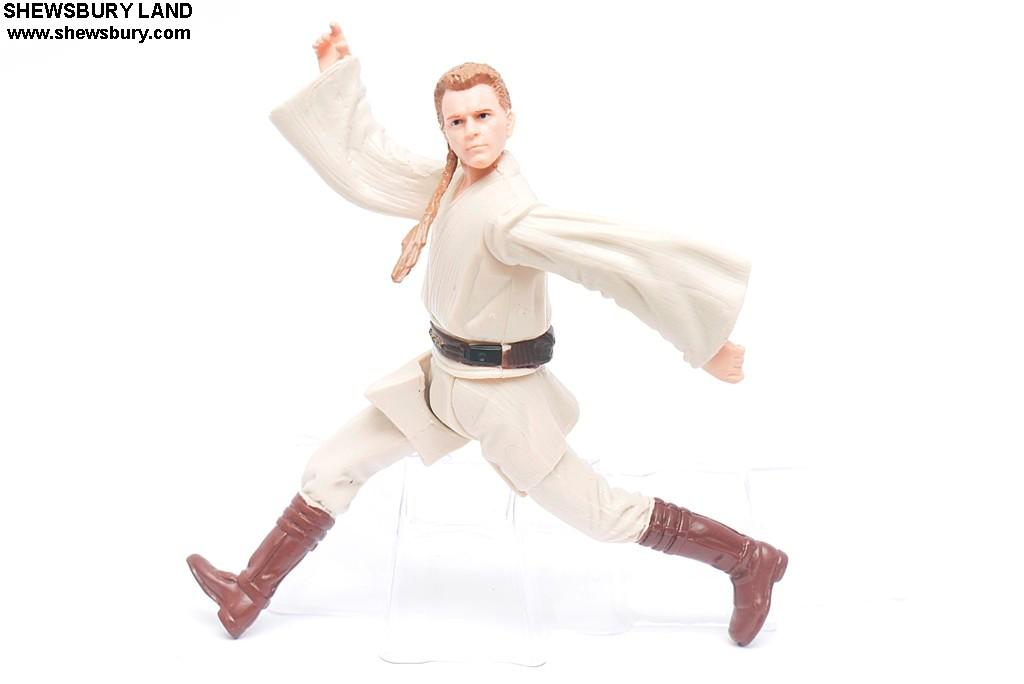 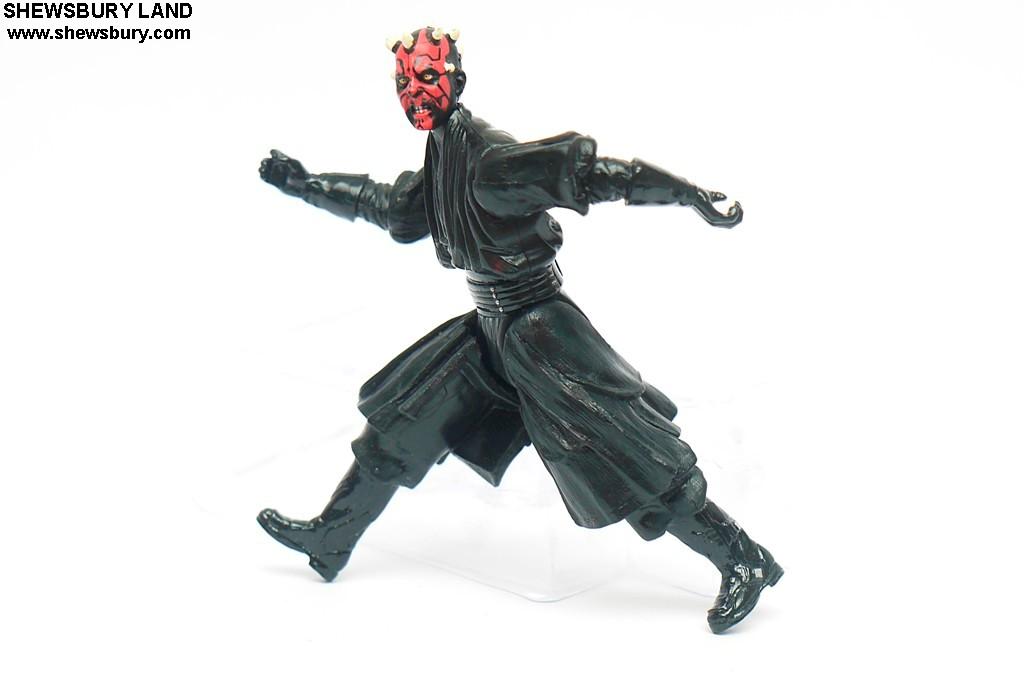 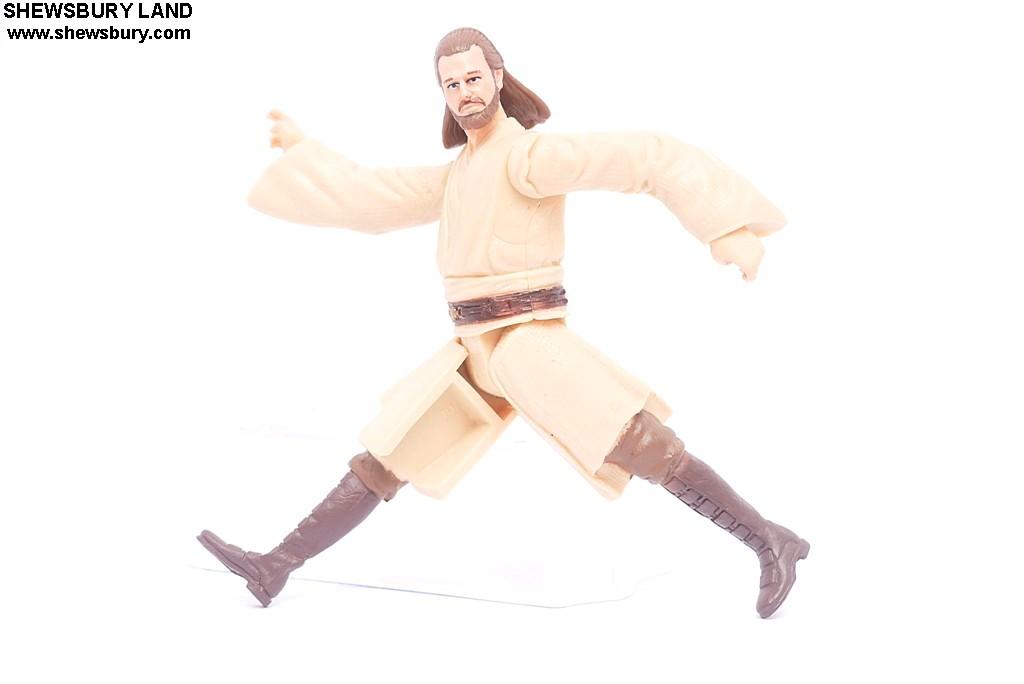 We can now do the "Duel on Naboo" scene again, or something like it.... with this poorly articulated figure, it can be pretty though but I try my best and these are the result; 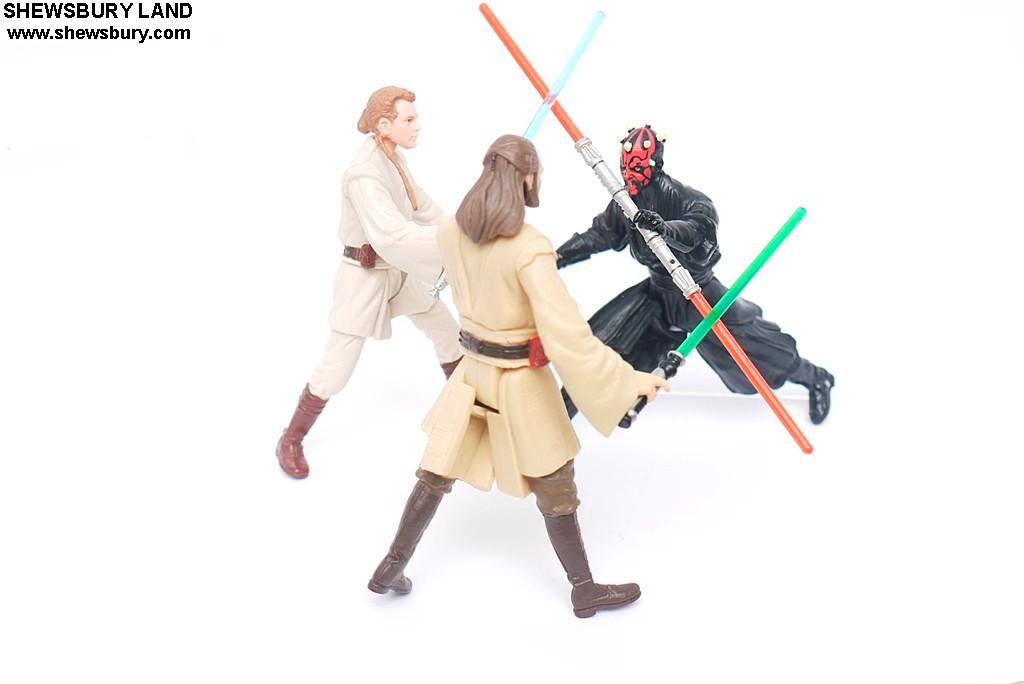 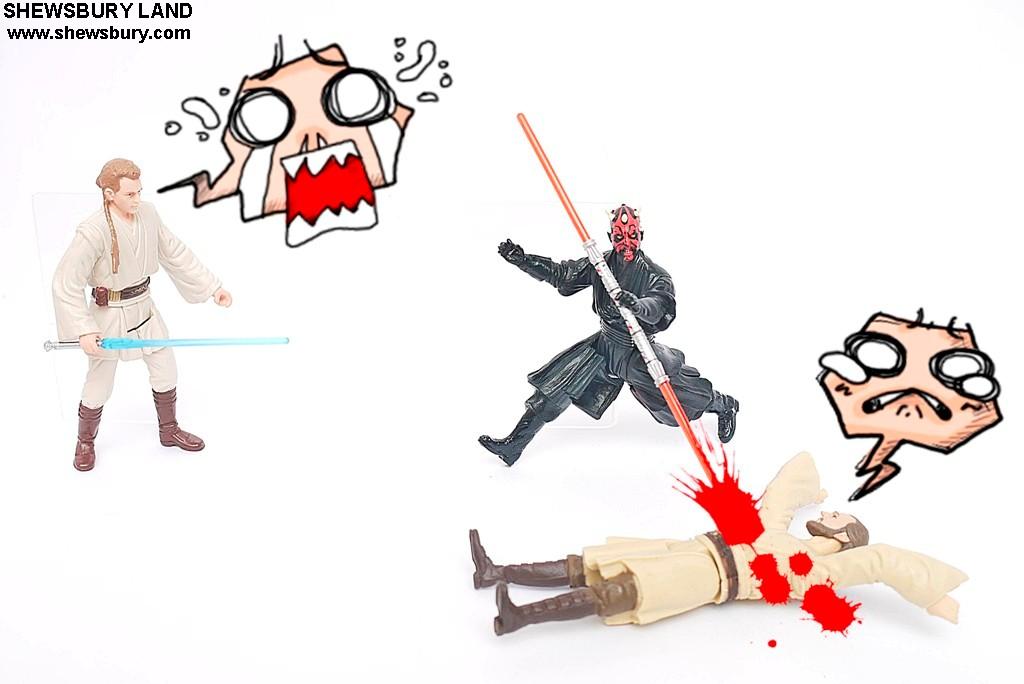 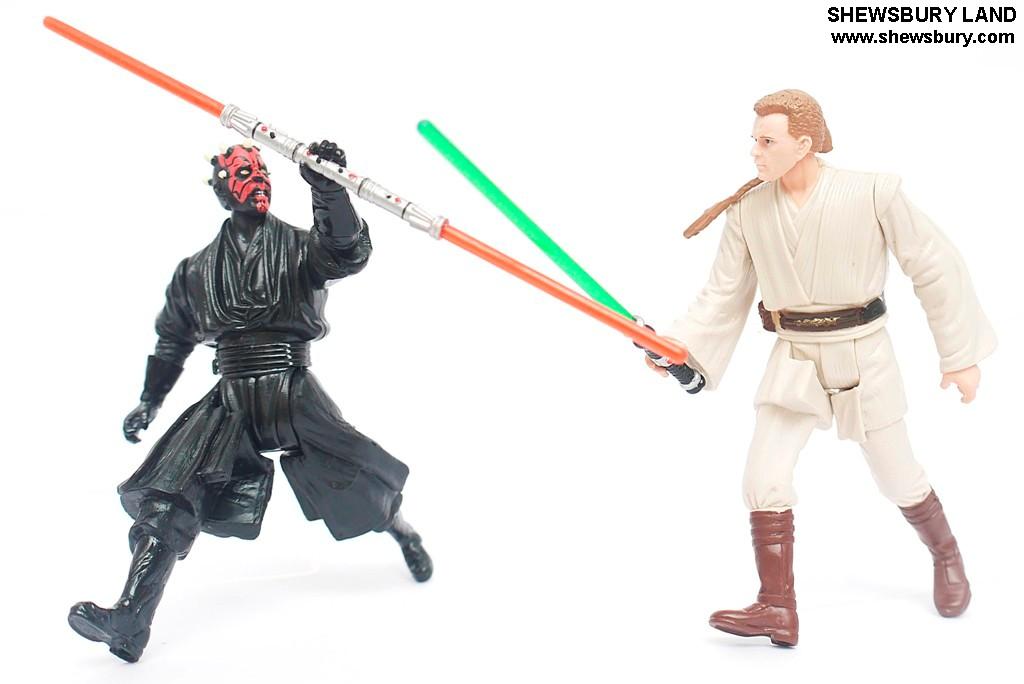 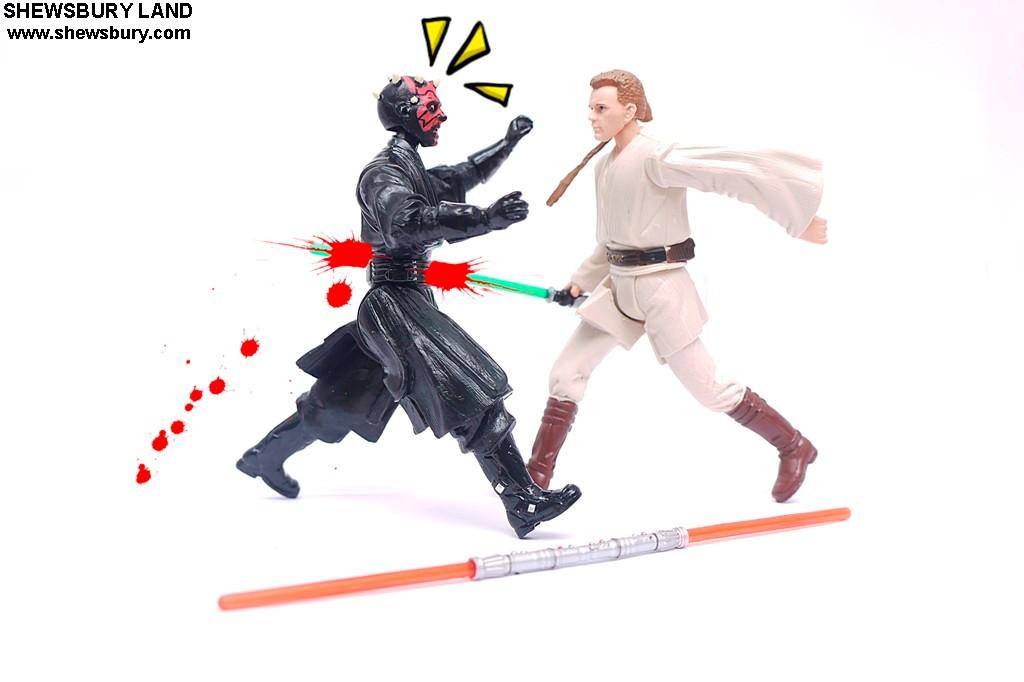 You can see the real version of the "Duel on Naboo" from the YouTube video below;


Anyway, they still looks good if you display them like this on your shelf; 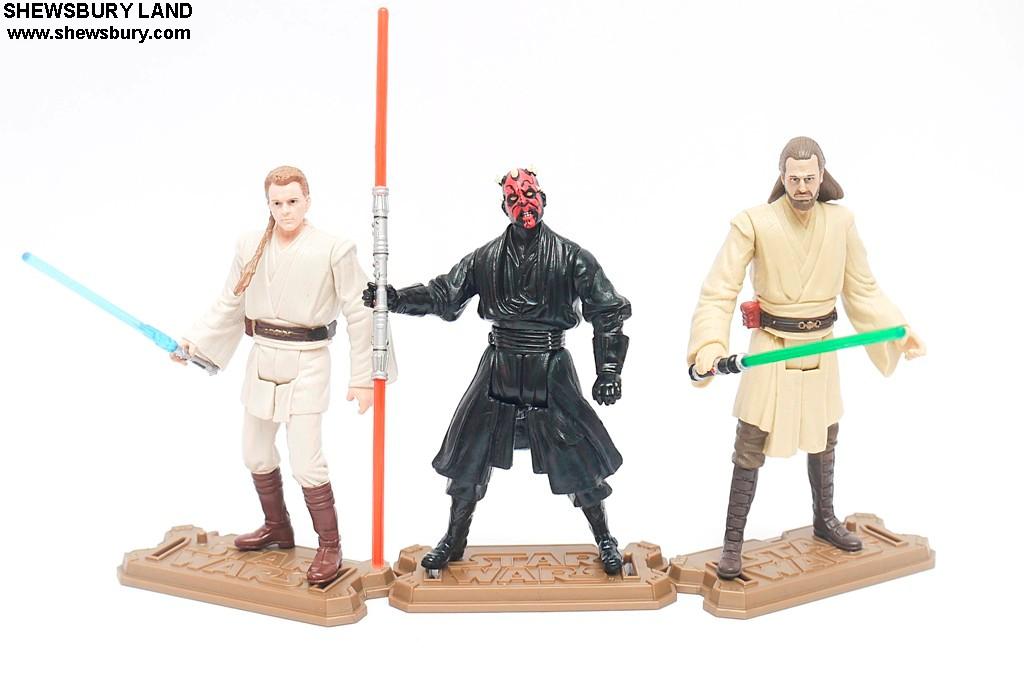 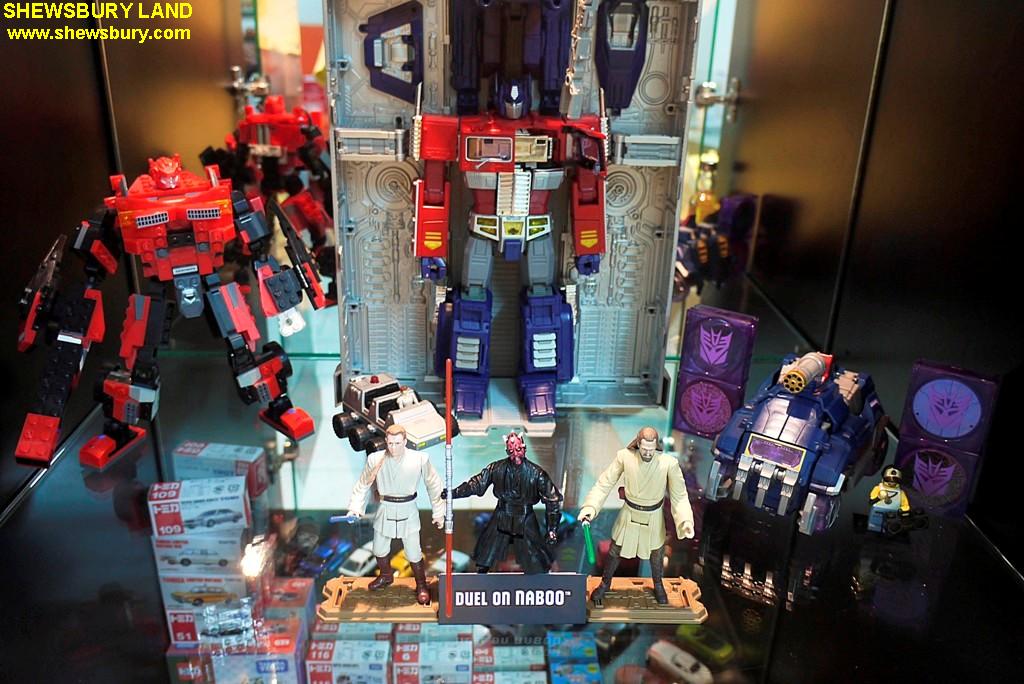 Since now I have the extra figures for these 3 characters, in the future I plan to make a simple diorama box depicting this "Duel on Naboo" - that can be a fun project!!!!

Overall, this is a decent "Battle Packs" and surely a very great value for money if you can them with the cheap price like I did. If you want a better 3.75 inch action figure for these 3 guys, I think you should buy the better version of them usually sold separately, there are plenty of them out there anyway. However, if you plan to just leave this figure inside the packaging or maybe use them for some sort of diorama project then I guess this should be OK - especially if you can get it cheap!!!