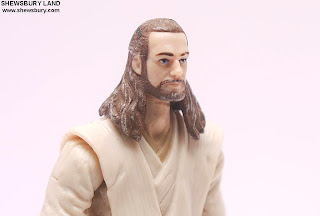 I'm a fan of Star Wars, not really a hardcore fan but I do watched all the movies, from the VHS video cassette era to the VCD and DVD and pretty soon I hope to grab the Blu-Ray version from Amazon.

In terms of merchandise or toys collection, I do have some of the action figures. I'm quite selective in buying them though but basically I will just buy those main characters in the movie series that I like the most - hero or villain. I know there are many hardcore collectors of Star Wars out there especially in the USA and I salute them for their commitment and achievement, I don't think I can ever be at their level.

You can just Google Star Wars or Qui Gon Jinn to read more about them, for now, let's have a look at this action figure of Qui Gon Jinn... 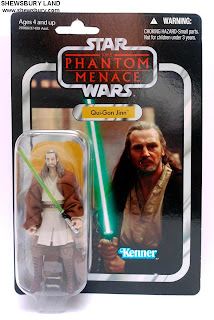 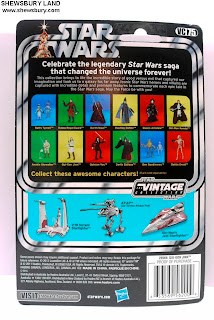 As I said earlier, there are so many version of Star Wars action figures out there, some comes with some sort of dice and a nice display base or stand and some also comes with lots of extra weapons like rifles, guns, pistol, bazooka and what ever and some also comes with the character cards.... and probably many other types. The one that we have here seems to be from one of those "classic package" reissue with some updates on the materials for the action figures.

Out of the packaging, you will only get the action figure and a light saber; 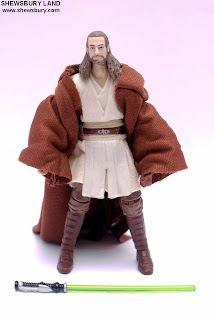 A bit of close up look on the figure; 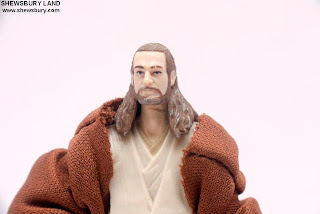 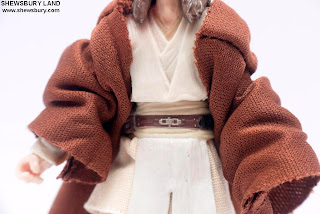 The cloth material is quite nice, I like it though sometimes they can be tricky as well especially if you want to do some action pose for the figure, anyway, I like it still, they can be removed easily... 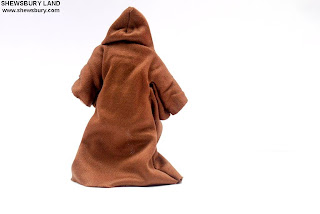 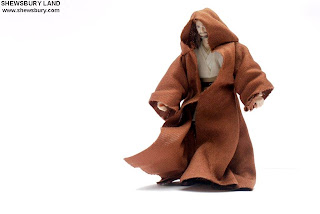 The articulation for the typical 3.75 inch action figure is quite good. Obviously we can expect "premium features" from this kind of figures at their basic retail price. The usual kneeling pose is not a problem for this figure. 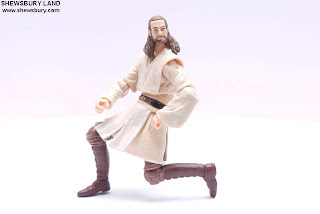 And that also means you can do some other action pose with the body accordingly, nothing so spectacular but I guess they are just fine. 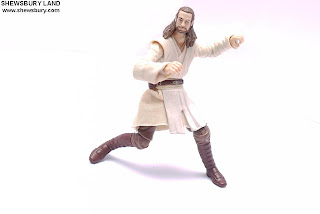 Let's look around the figure body accordingly - and by the way, the display stand or base that I use in the pictures below is actually from other Star Wars figures - I just borrowed them for now ^__^ 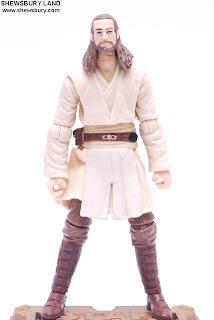 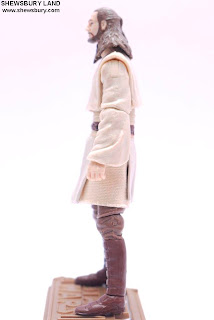 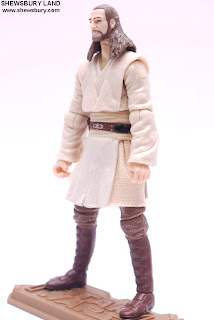 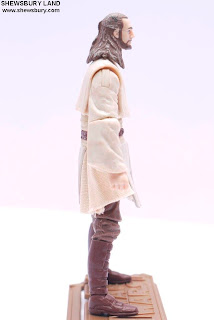 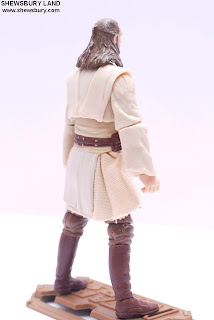 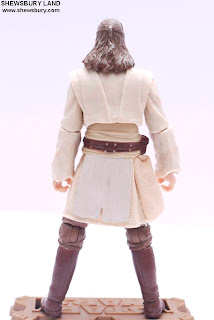 The face sculpt and the overall detailing quality is quite decent. This is a mass produce item so there are times when error or inconsistency might happen so you need to check carefully when you buy them.

I always joke to my friends saying that that in fact this figure is more or less, look a like Jesus Christ ^__^ 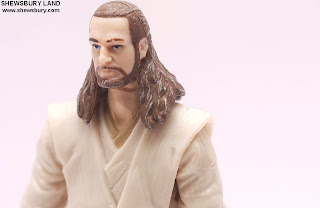 And so now... time for a little bit of action pose with the light saber; 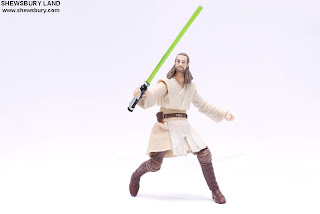 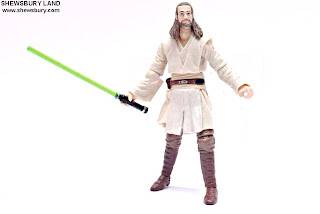 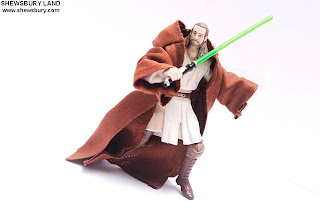 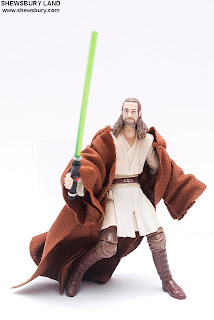 Overall, this is a decent action figure of Qui Gin Jinn. The face sculpt and detailing is quite good. I like that clothing materials as their "rain coat" thingy or what ever it is. The articulation is good enough, not really great but considering the price, I guess its good enough.