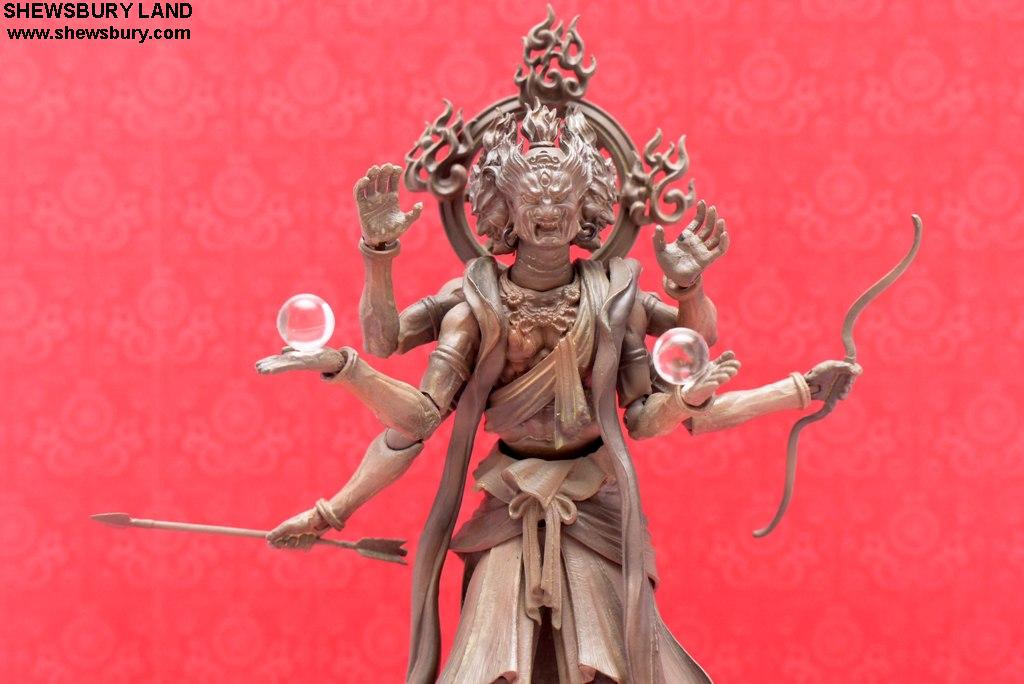 This is another wonderful figurine from "Revoltech Takeya Buddhist Statue Collection" series produced by Revoltech/Kaiyodo.

The Hachi Bushū (Eight Legions) are eight groups of sentient and supernatural beings said to be present when Shaka Nyorai (Buddha) expounded the Flower Sutra on Vultures Peak (also called Eagle Peak). They originated in earlier Hindu mythology, but converted to Buddhism after listening to the words of Shaka Nyorai, thereafter becoming guardians of Buddhist teachings.

If you interested to know more, even for the sake of reading, visit the link below:

Nonetheless, let's have a look at this figure... 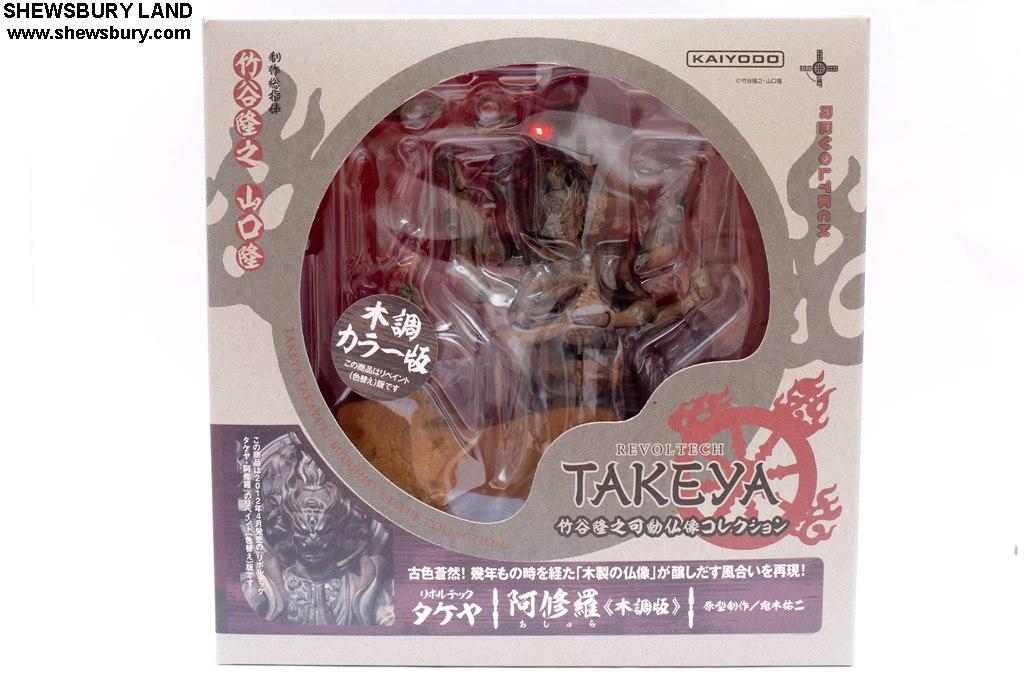 Out of the box, you will get all these; 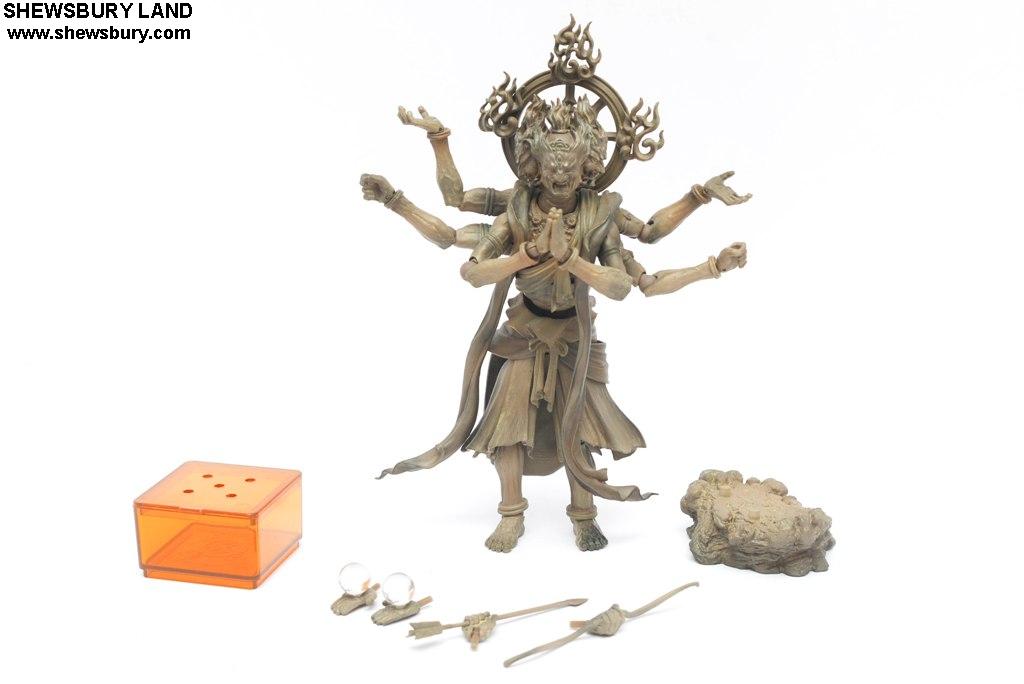 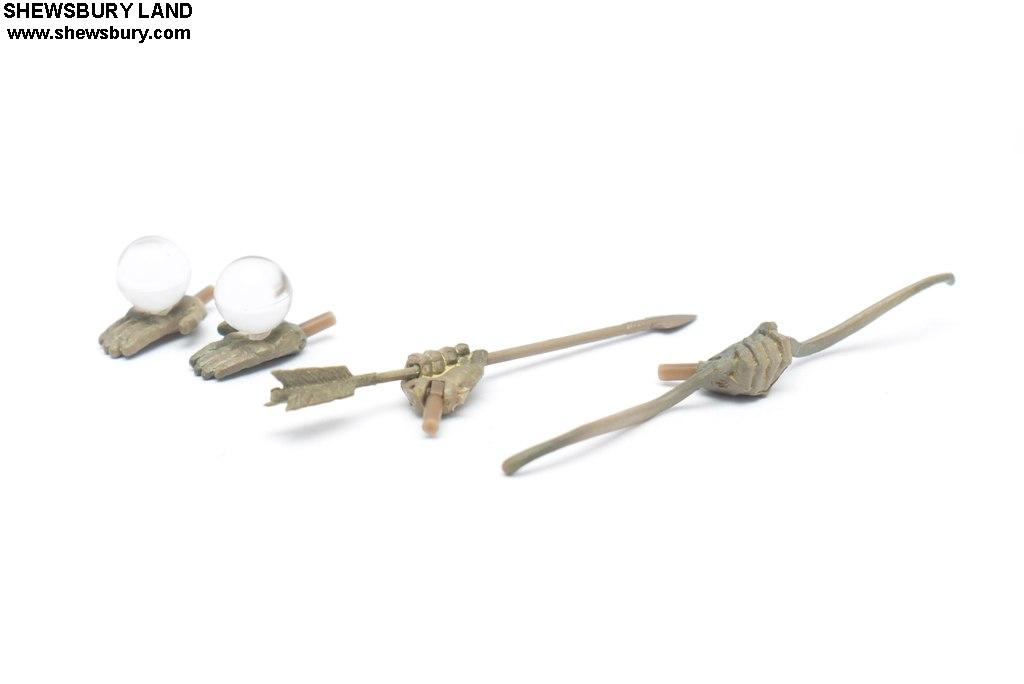 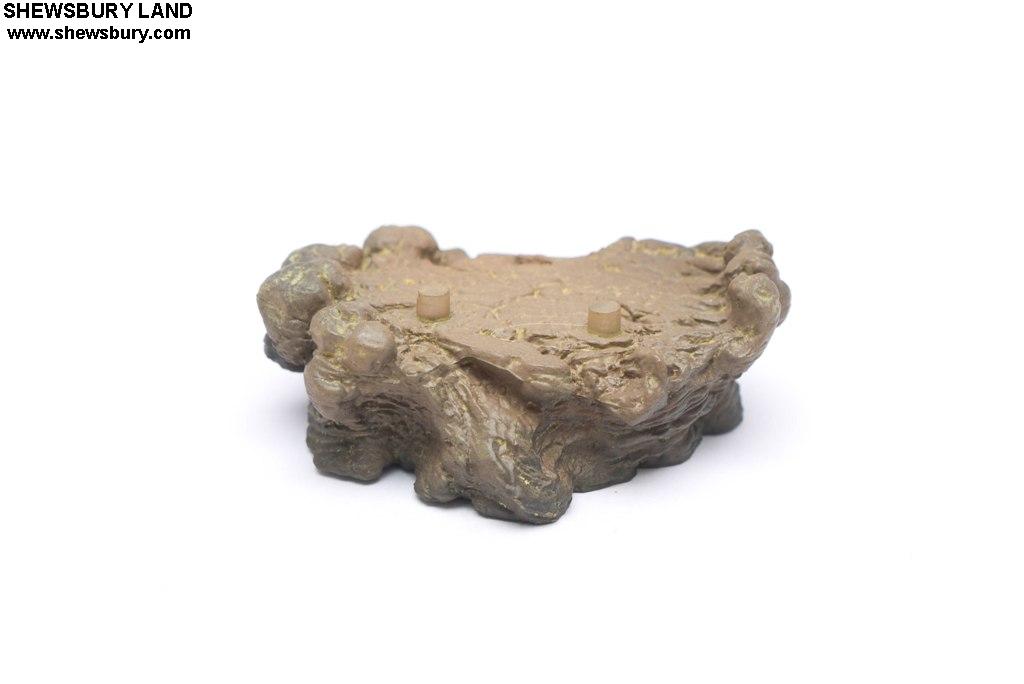 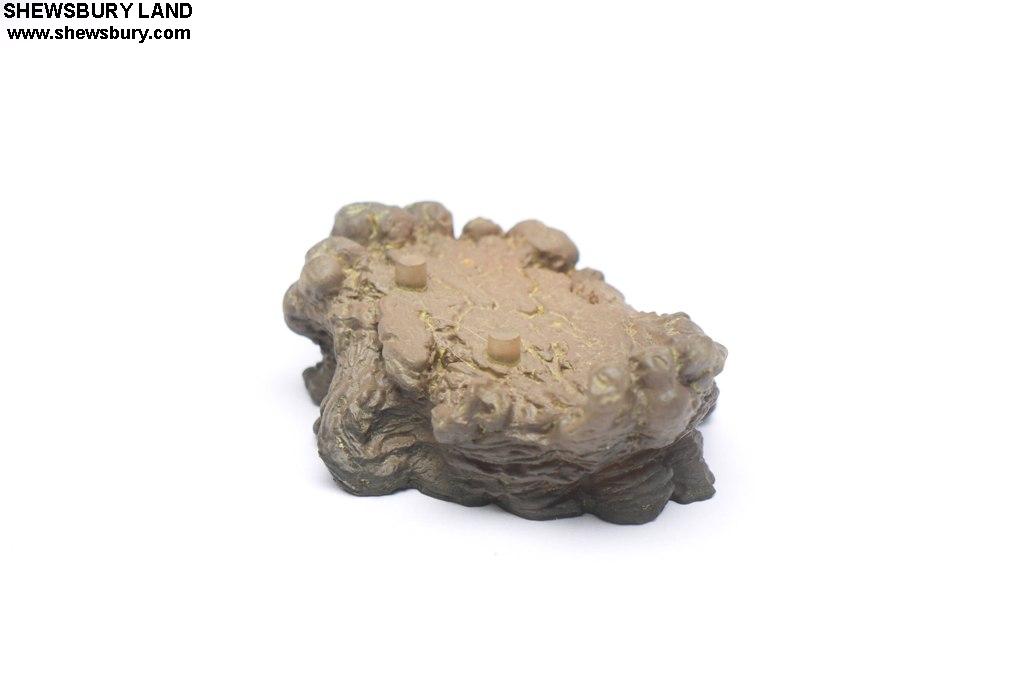 OK, let's have a look at the figure: 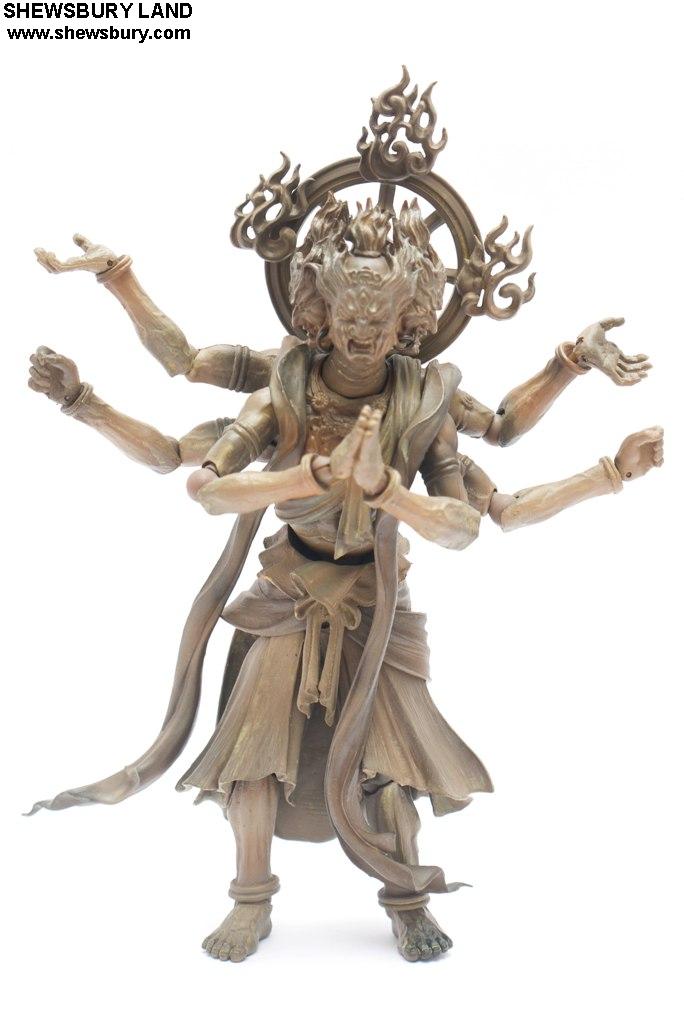 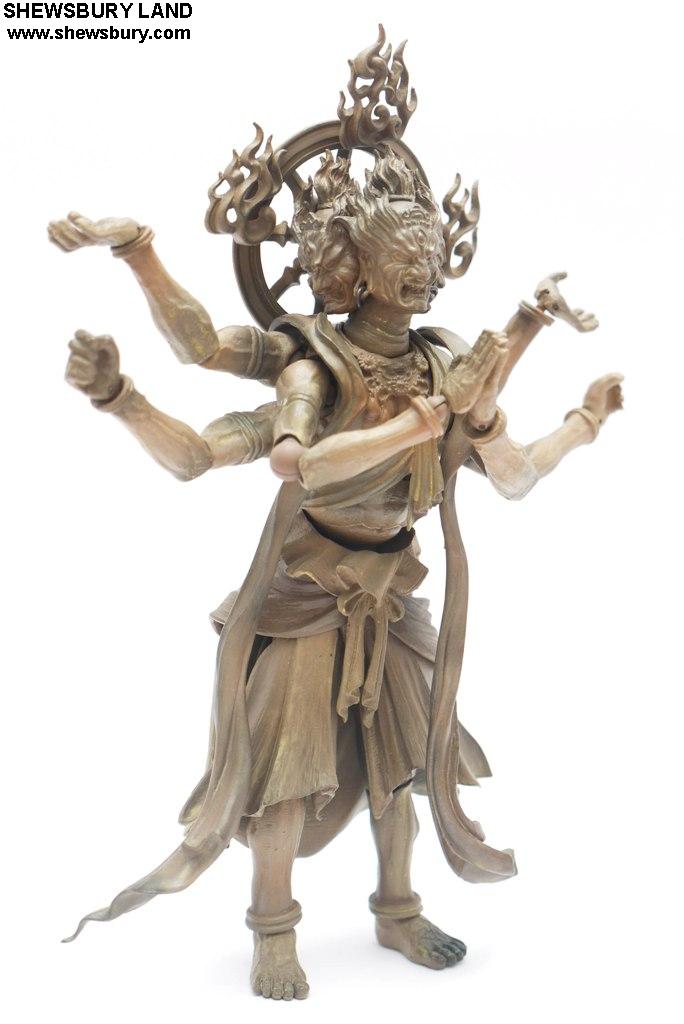 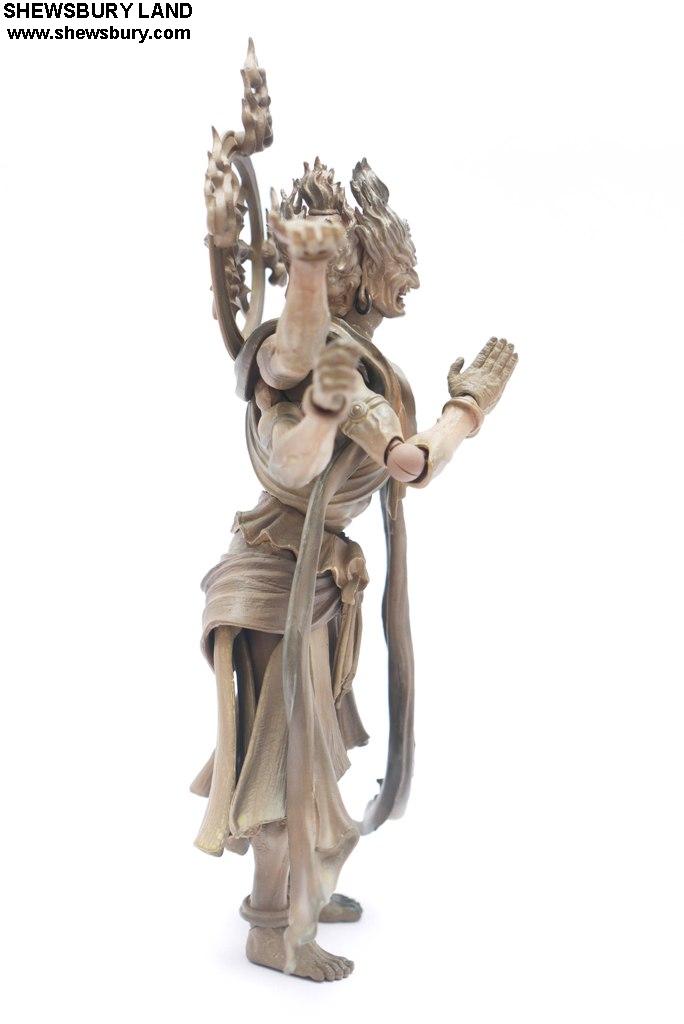 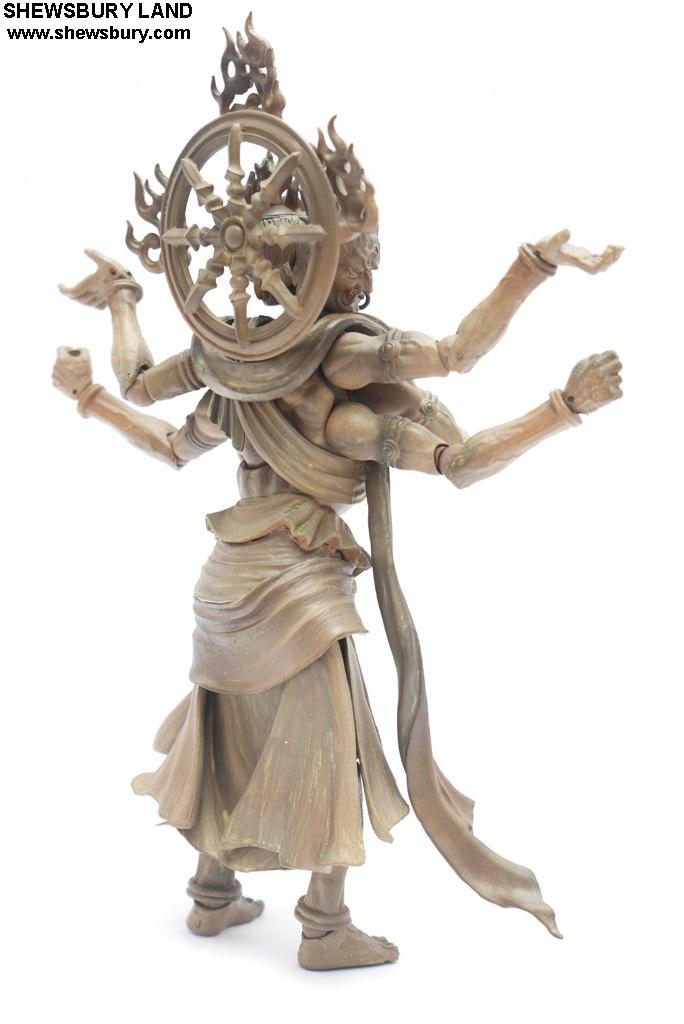 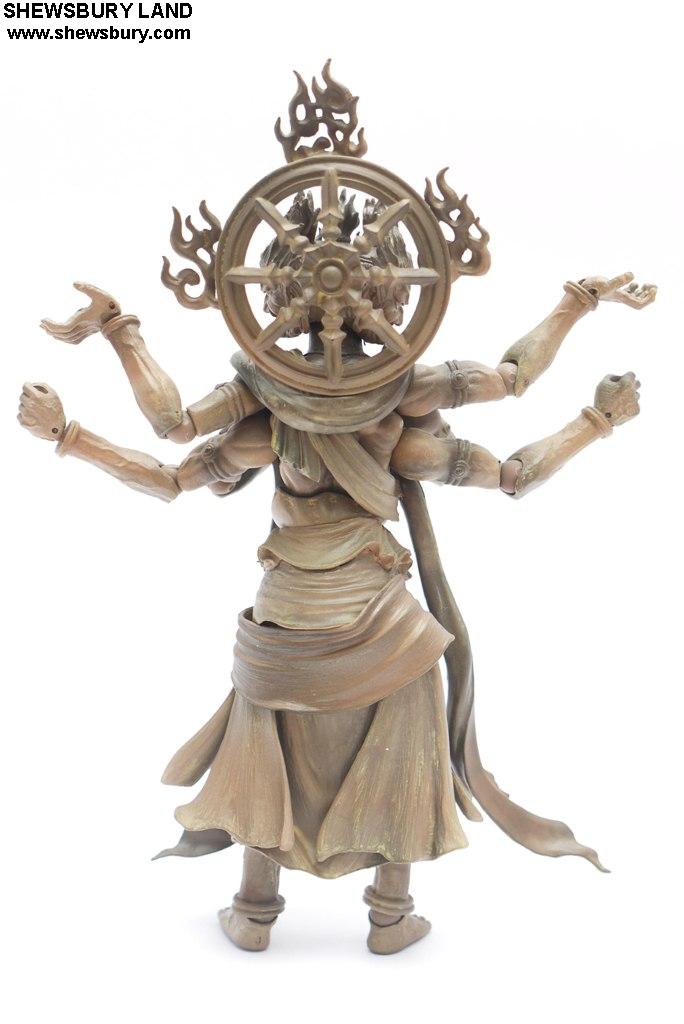 A little bit of close up look on this Ashura who happen to have 6 arms; 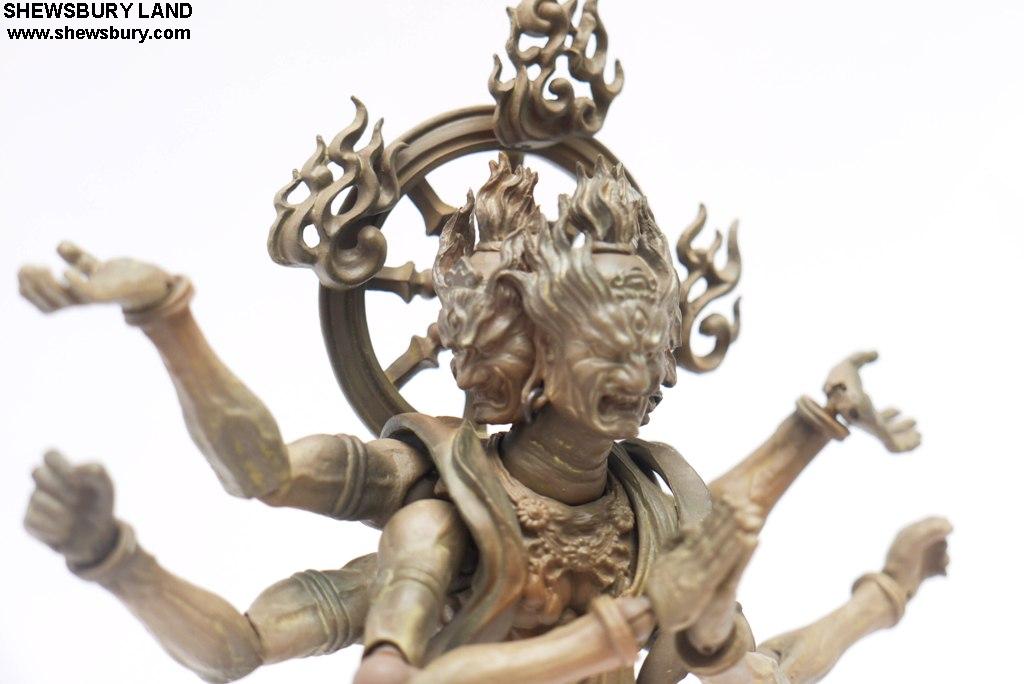 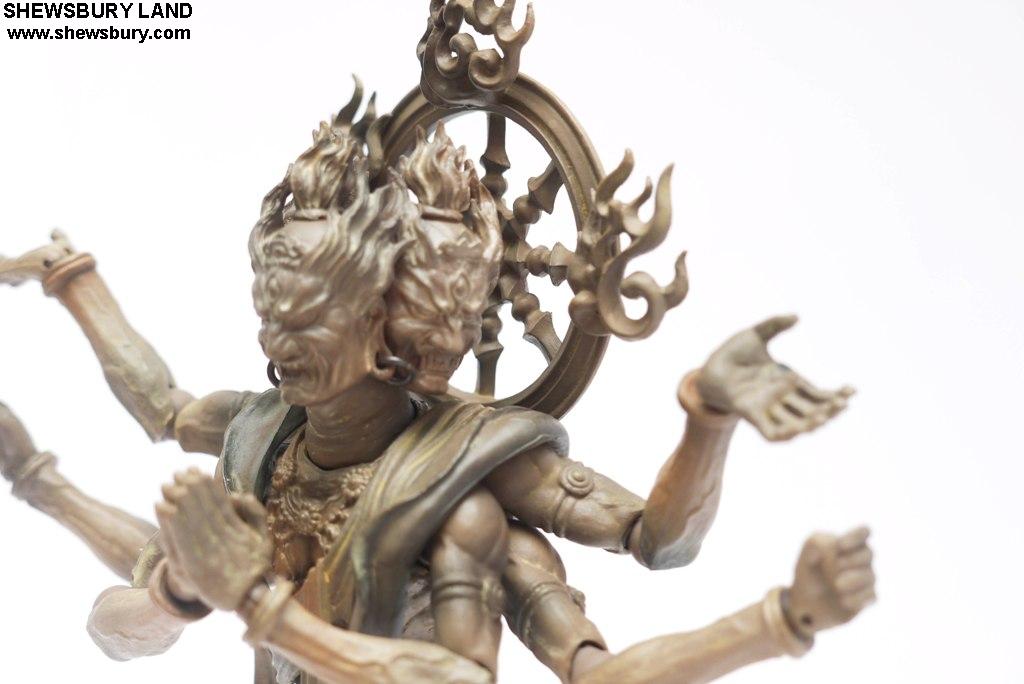 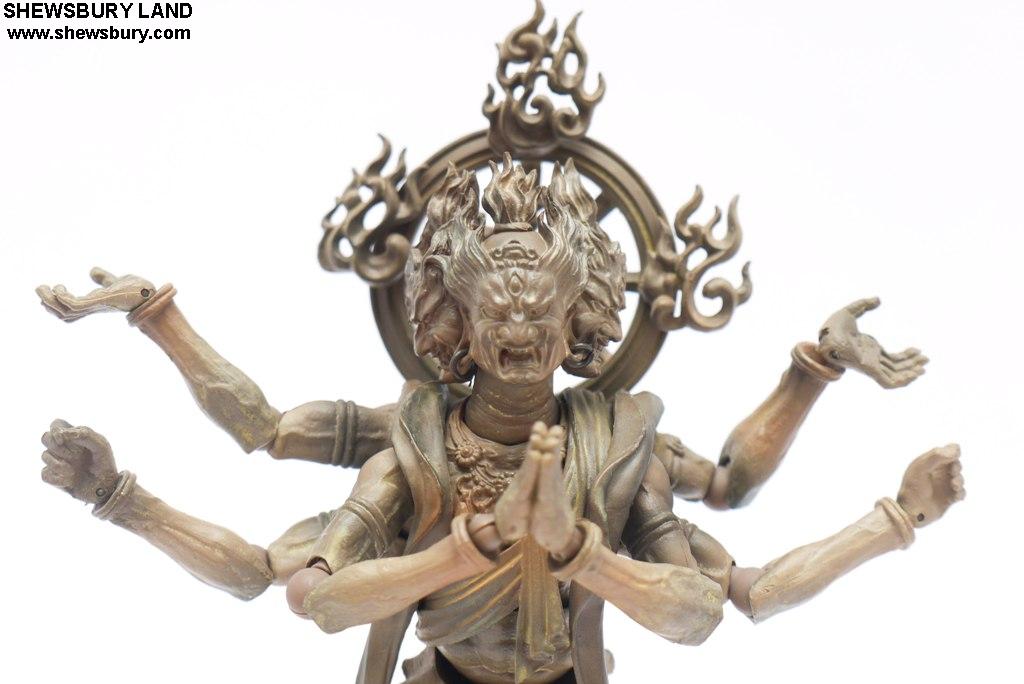 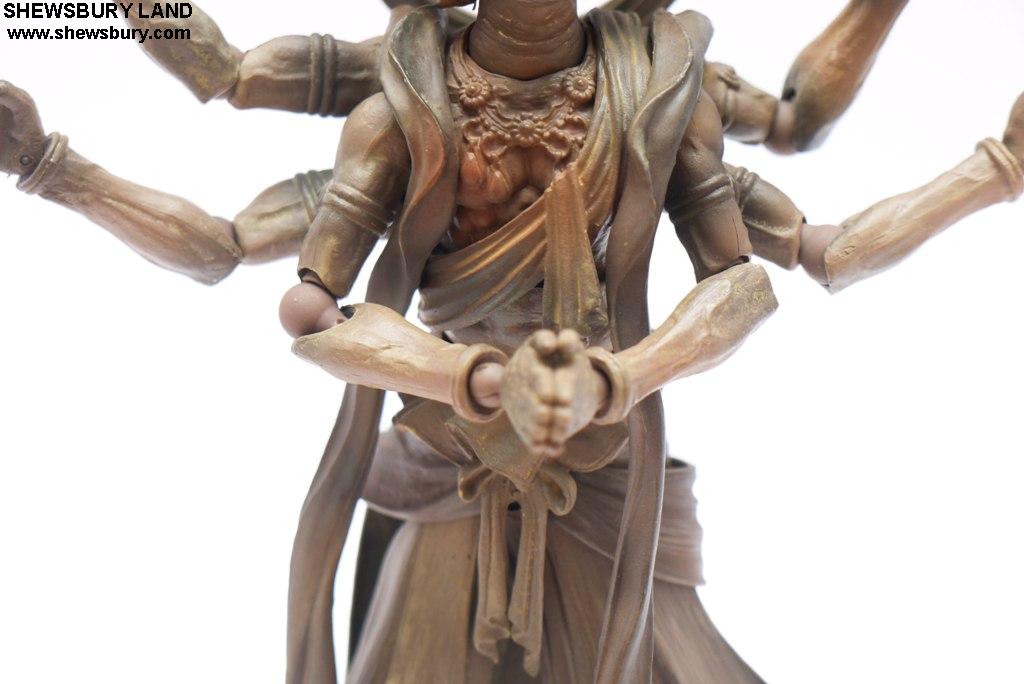 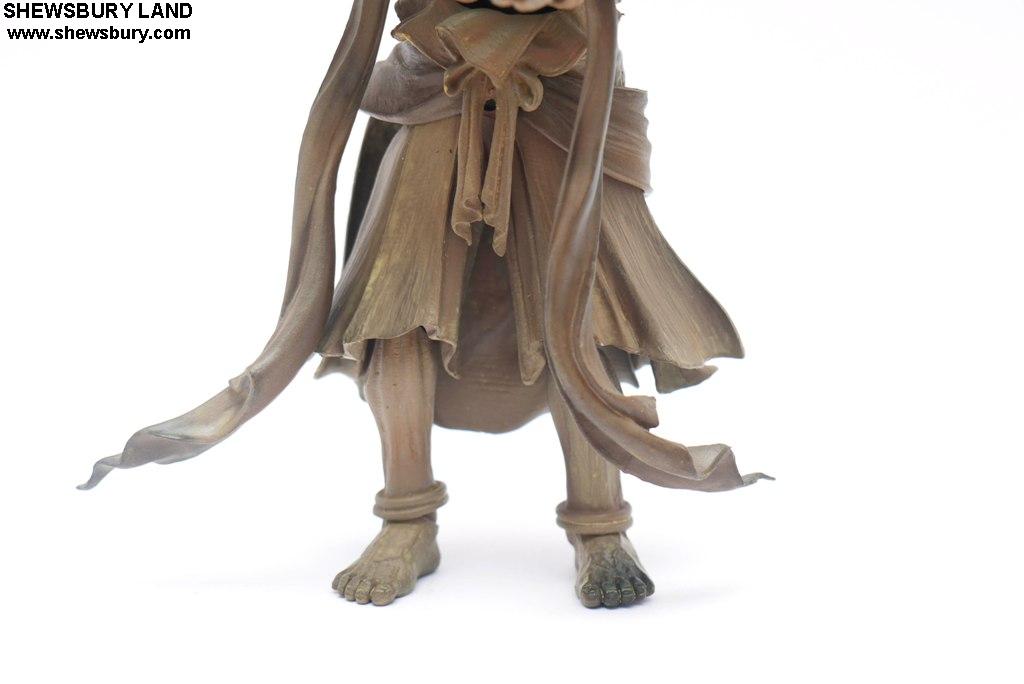 I personally feel astonished at the beauty of the sculpt quality. The 3 pairs of arms is surely cool. Just like any other figure within this series, the overall articulation is pretty limited but not as bad, depending on your creativity, I'm sure you can still come up with some decent pose for this figure. 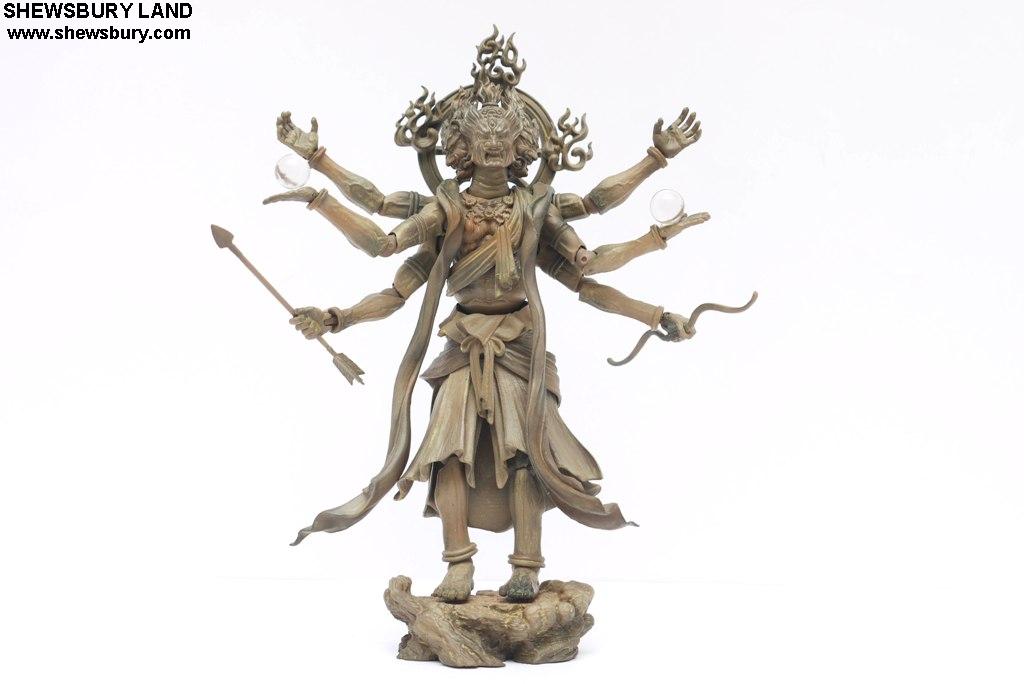 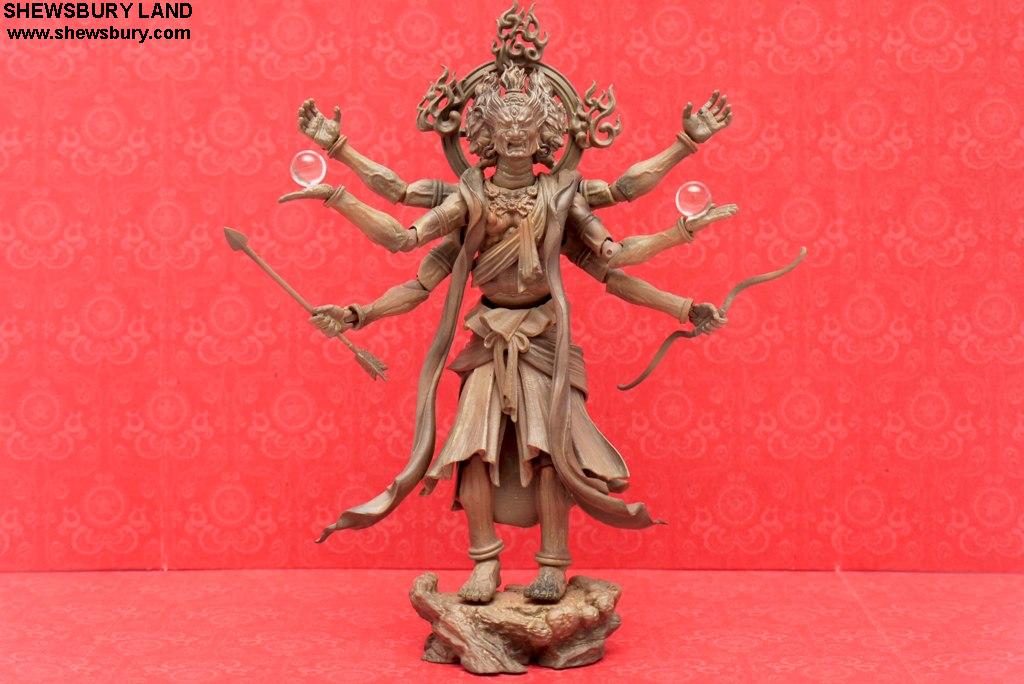 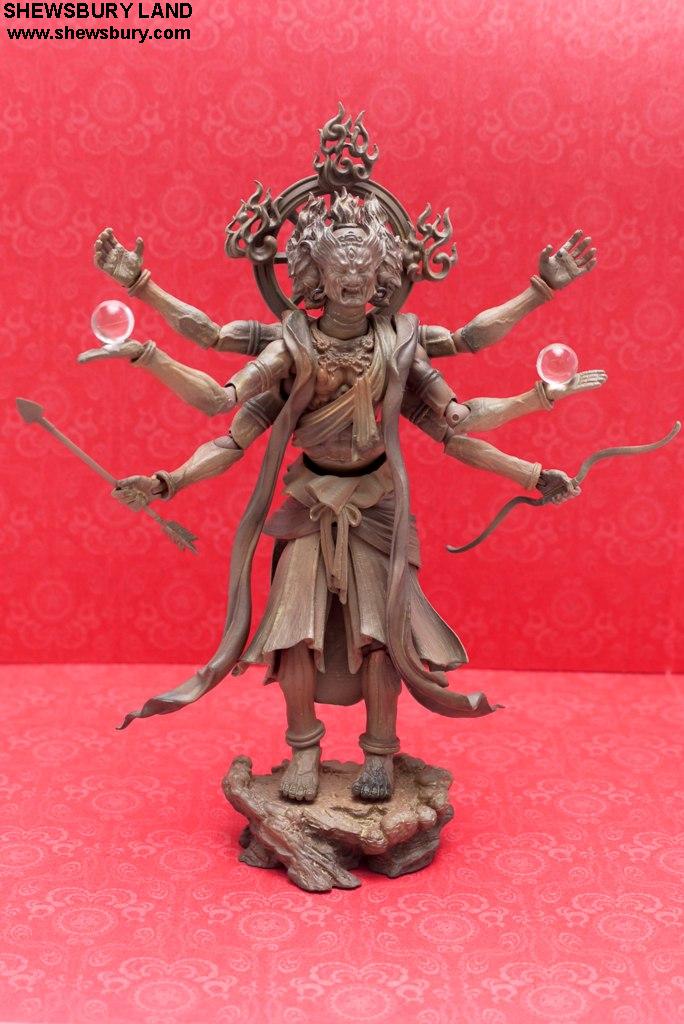 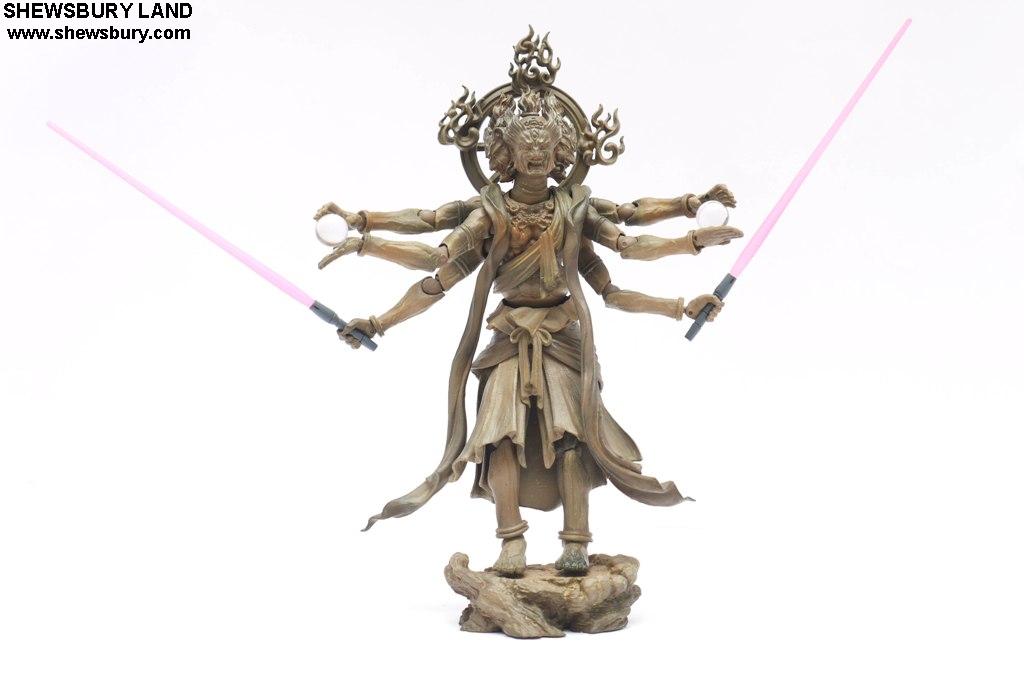 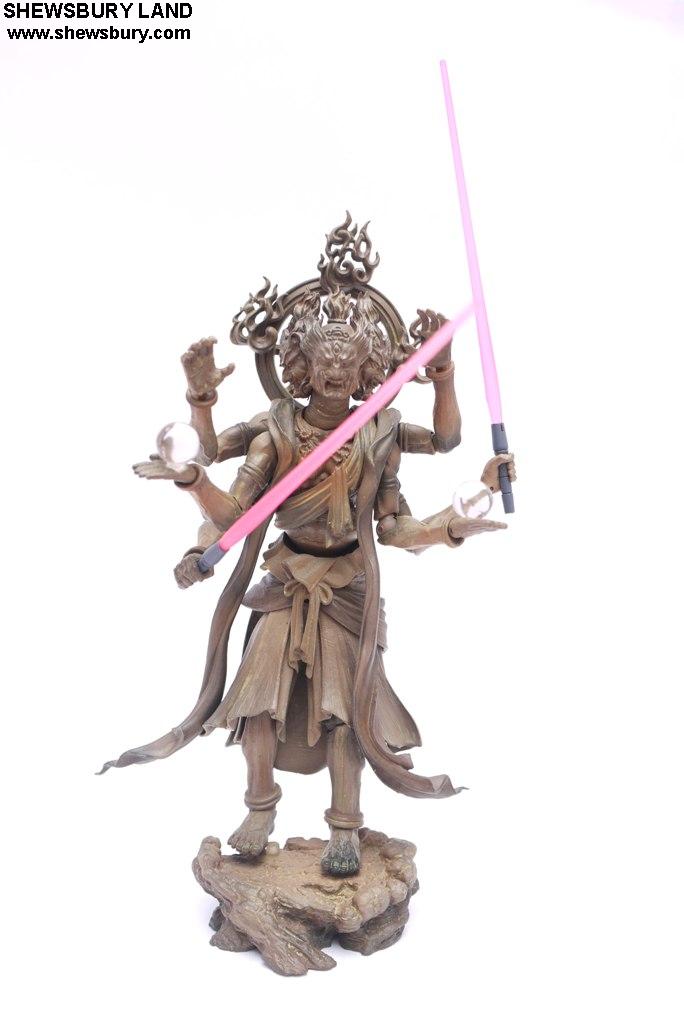 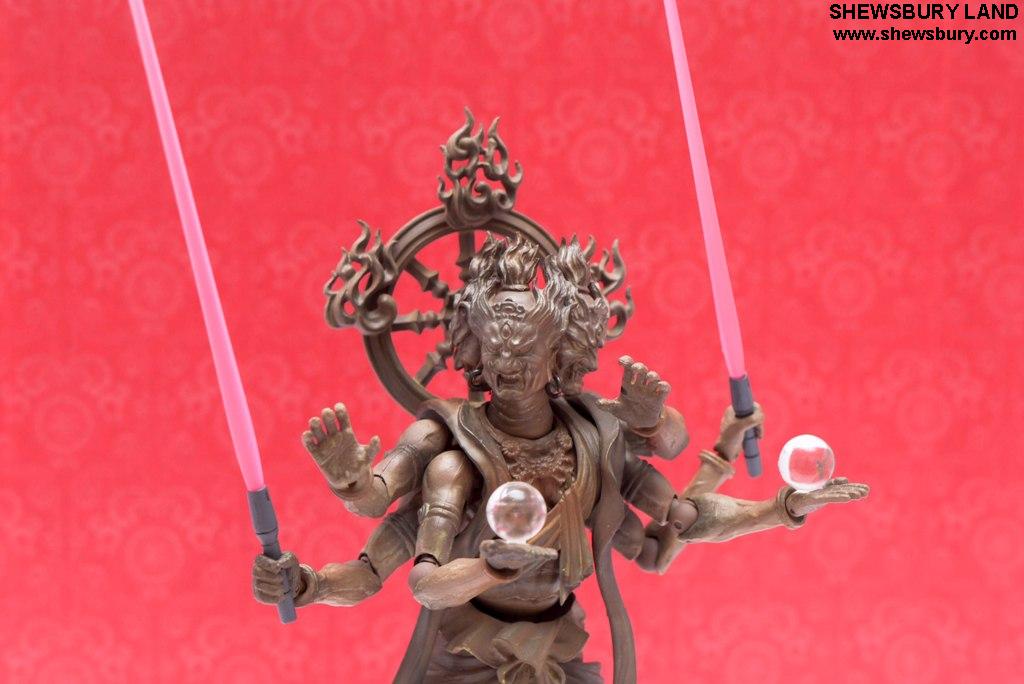 Well, if you happen to have all 5 of them, you can then display them like this; 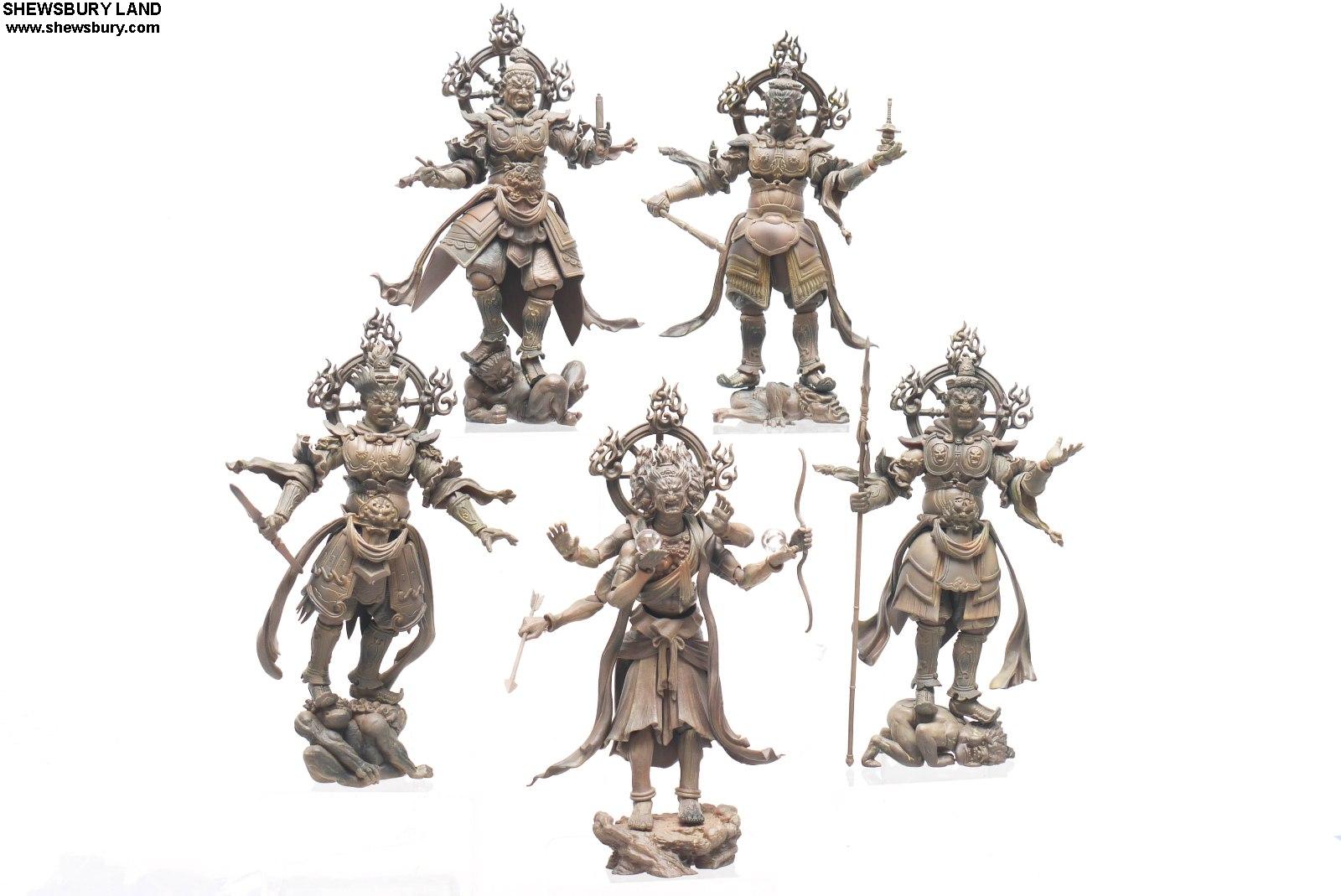 Overall, this is a cool figurine of Ashura. If you are Buddhist probably this can be a great addition to your altar or just as some sort of house decoration items. As for me, I just admire the beautiful artwork of Takeya Takayuki and I think it's pretty cool to see all 5 of them together....  simple as that...