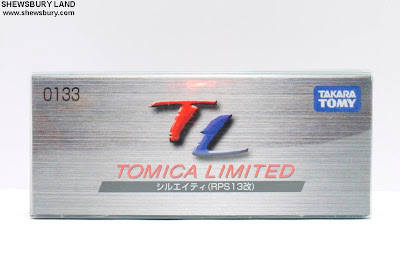 Nissan Sileighty is a Nissan 180SX with a Nissan Silvia's headlights, front fenders, hood, and front bumper installed, hence the 'Sil' in front and the 'eighty' rear. The Sileighty (also written as Sil80) originated through early street racers in Japan who owned Nissan 180SXs with damaged front ends. Because the Silvia's front panels and lights were lighter and cheaper than the 180SX replacement parts, many drifters used these parts instead.

Unknown to the public until the release date, these end user modifications inspired a Japanese auto shop, Kids Heart, to produce a small number of so called "official" or "real" Nissan Sileighties. It is on record that 500 cars were made by this shop, and were only sold in 1998, possibly through Nissan dealerships.

The Sileighty includes performance-oriented modifications such as a new ECU, a stiffer suspension system, an improved limited slip differential, and an increase in turbocharger boost from 7 psi (0.5 bar) to about 13 psi (0.9 bar), resulting in approximately 230 hp (172 kW), versus 205 from the standard Silvia's SR20DET or the 180SX's 175 hp (130 kW) CA18DET.

In the popular anime "Initial D", Mako and Sayuki drive a blue Sileighty. 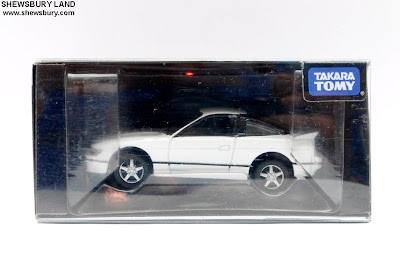 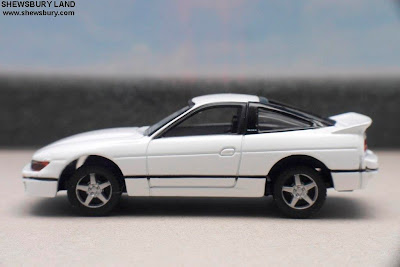 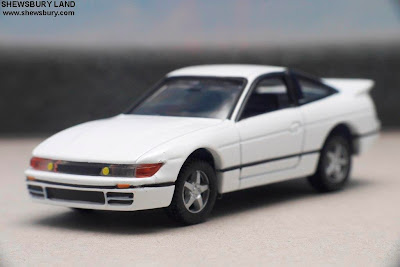 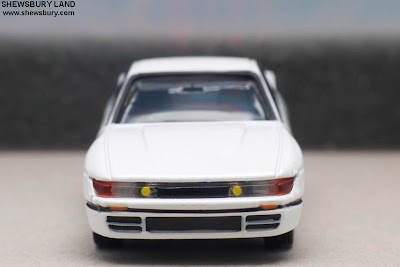 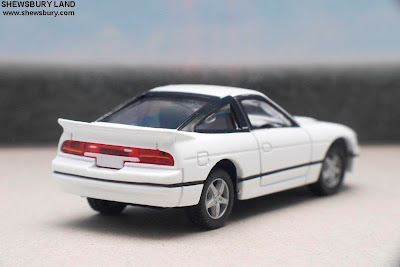 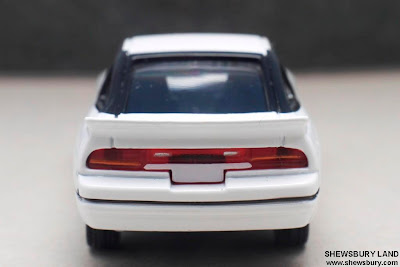 Painting finishing is quite good, typical of Tomica standard, exterior detailing is very good, the headlights are made of plastic part; 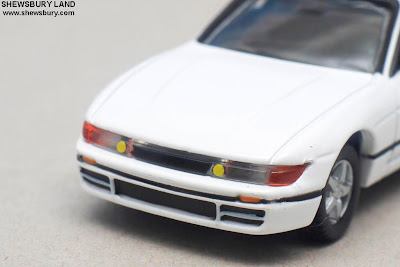 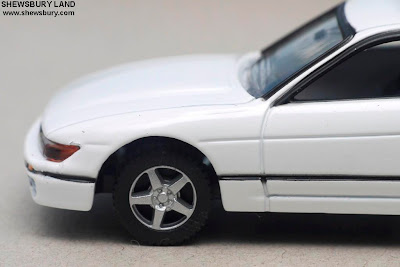 The brake and tail lights are also made of plastic; 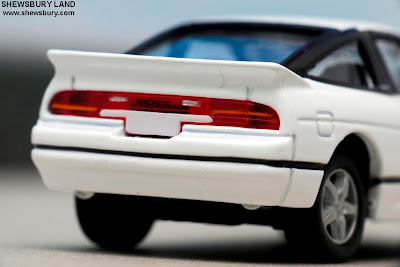 No openable door so it's pretty hard to observe the interior detailing but from the very little that I can see, it is basically the same "average" level of Tomica standard, nothing great to talk about and in fact, the dashboard part is kind of poor - reminded me of the previous Tomica Toyota Crown Athlete that we reviewed here recently; 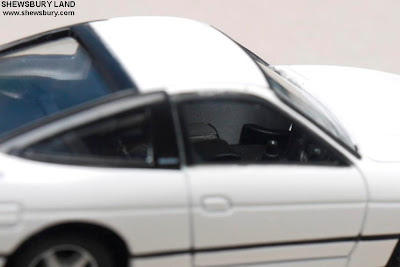 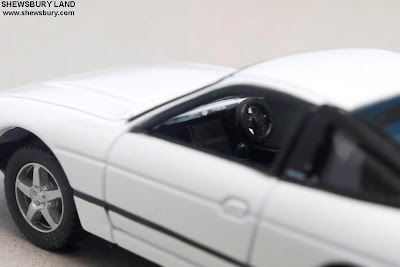 Overall, this is a decent Nissan Sileighty die cast car models from Tomica Limited. Painting finishing and exterior detailing is very good but the interior detailing is as usual - which is not great. I've been wanting this car for quite some time now simply because this car is one of those Japanese sports cars that appear in Initial D anime; 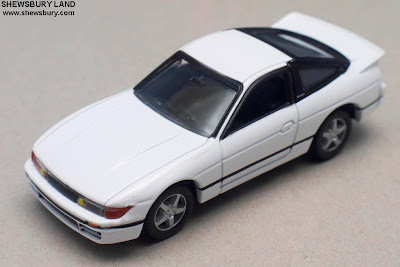 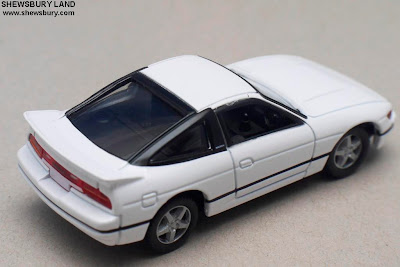 The Sileighty with the Sylvia S13 side by side; 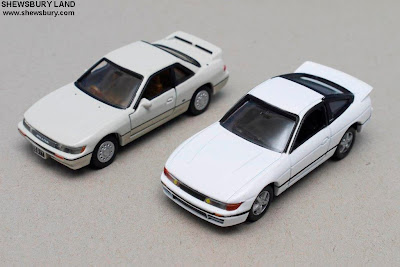 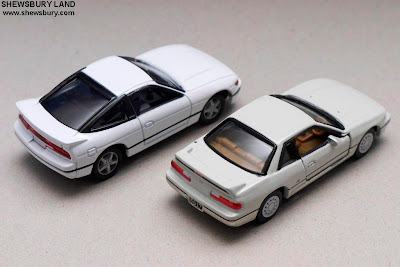 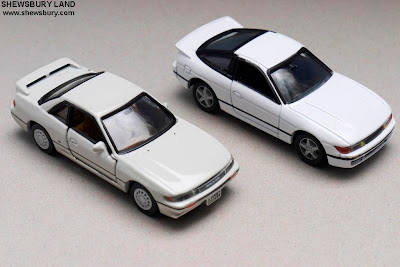