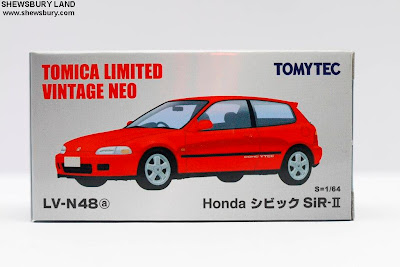 This is a 1/64 scale die cast scale model of Honda Civic SiR-II produced by TomyTec (which in a way is Takara Tomy or Tomica) thru their "Tomica Limited Vintage Neo" series.

The Honda Civic is a line of subcompact and subsequently compact cars made manufactured by the popular Japanese automaker, Honda. The Civic, along with the Accord and Prelude, comprised Honda's vehicles sold until the 1990s, when the model lineup was expanded. Having gone through several generational changes, the Civic has become larger and more upmarket, and it currently slots between the Fit and Accord.

Originally introduced to the market in July 1972 as a two-door model, followed by a three-door hatchback with the transverse engine mounting of its 1169 cc engine and front-wheel drive like the British Mini, the car provided good interior space despite overall small dimensions.

Early models of the Civic typically included a basic AM radio, heater, foam-cushioned plastic trim, two-speed wipers, and painted steel rims with a chromed wheel nut cap. As the years went by, it has become much more upscale with options such as air conditioning, power locks, power windows, leather upholstery, satellite-linked navigation, and a six-speed manual transmission. Initially gaining a reputation for being fuel-efficient, reliable, and environmentally friendly, later iterations have become known for performance and sportiness, especially the Civic Type-R, Civic GTi and Civic SiR.
The scale model that we will review here is from the 6th generation featured updated styling although less radical than previous redesigns. Suspension and engine options were available. All base models were made with 1.6L engines. The EX-CX are all SOHC (Honda D engine). The CX, DX, and LX all have D16y7 non-VTEC engines; whereas the EX has a D16y8 VTEC, and the HX has D16y5 VTEC-E. The Si came with a DOHC (B16A2 VTEC). The first civic SI coupe EM1 was introduced in 1999. Europe saw a DOHC 1.6 VTI hatch and sedan and a DOHC 1.8VTI engine was also available.
Now, let's have a look at this scale die cast model; 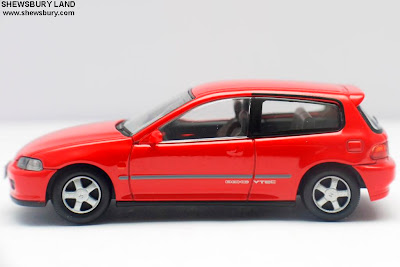 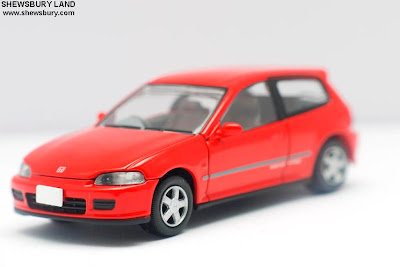 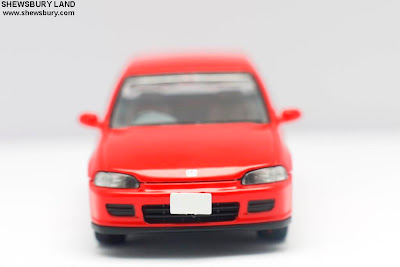 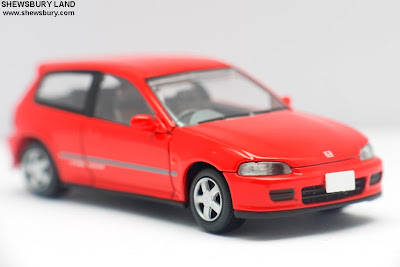 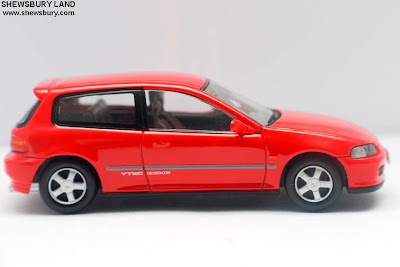 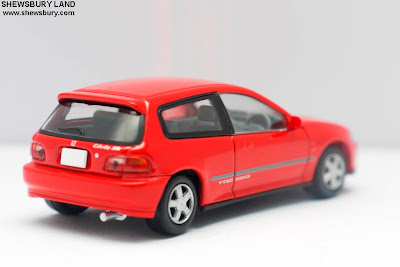 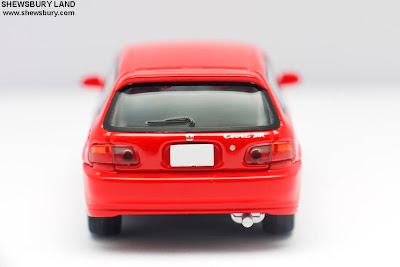 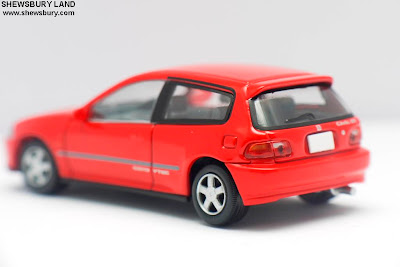 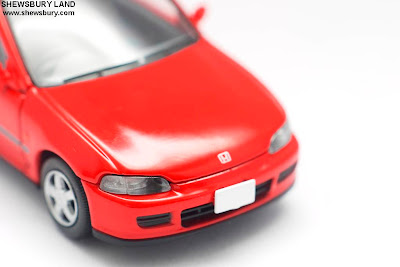 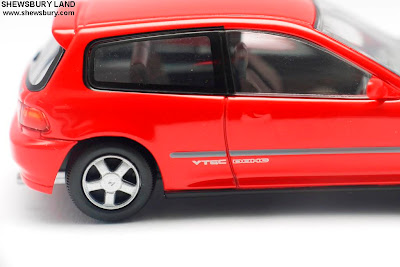 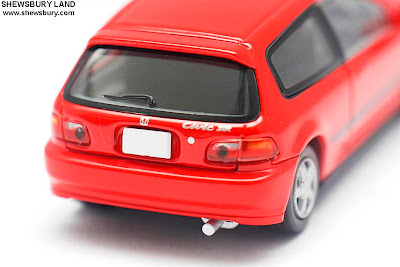 The interior details is sealed, there is no openable door but from what I can see it is quite good, much better than those from the normal "Tomica" and "Tomica Limited" series. 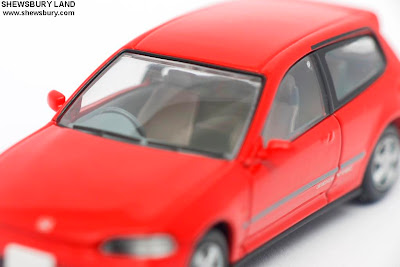 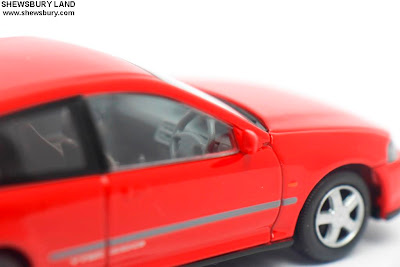 Overall, this is a very nicely detailed Honda Civic VTi at 1/64 scale. The painting finishing is brilliant, the exterior detailing is great and even though there is no openable door but from the very little that I can observe on the interior, it seems that they did a good job on the interior detailing as well, considering the mini scale of this model. This model is produced by TomyTec (which in a way part of Takara Tomy) under their Tomica Limited Vintage Neo" series and basically all die cast scale models produced under this series are quite pricey, starting from as little as USD 15.50 before adding shipment charges and the price can go up higher up to USD 20.00 to USD 25.00 in the second hand market like E-Bay or what ever. Usually only hardcore collectors of previous generation Japanese cars would be interested to spend that kind of money on such a tiny die cast car but then again, in Japan, things never really comes cheap. 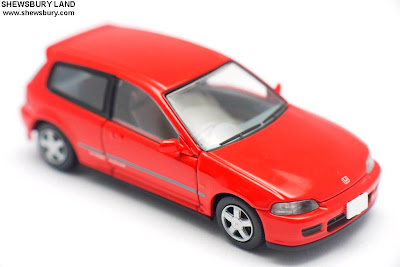 Some photos with the other Honda Civic that we have in our collections so far; 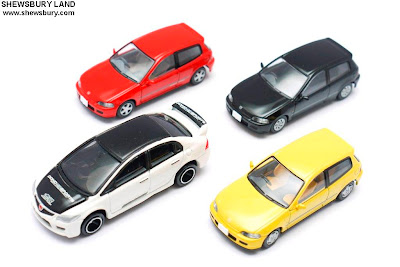 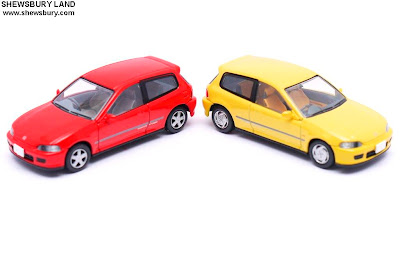 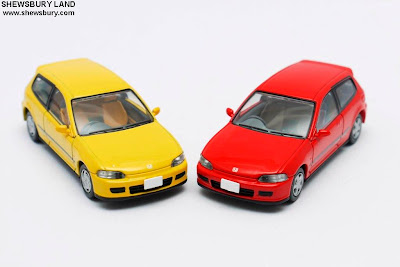 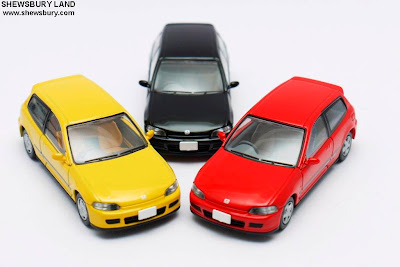