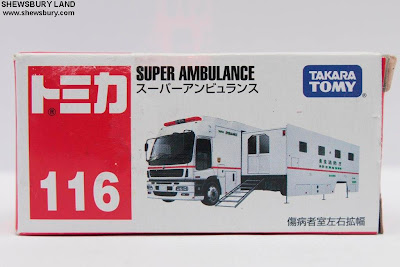 The Isuzu Giga & Isuzu C/E-Series Mark II is a line of heavy-duty commercial vehicle by Isuzu. The range was primarily available in other big-size trucks. and previous truck name is 'Isuzu Heavy-Duty Truck'.

Most big-size models of the truck are distinguishable by a front 'Giga' and 'CXZ' badge, but the common Isuzu badge is usually used on the rear.

In Japan, Asia-Pacific, Mid-East, Africa, South America, its principal competitors are Mitsubishi Fuso Super Great, Nissan Diesel/UD's Quon and Big Thumb, and Hino Profia. Outside Japan the truck series are in "C" and "E", for Comfort and Economic respectively.
Thanks to Takara Tomy, we can owned this gigantic truck without the heavy cost and the need of bigger space for storage. 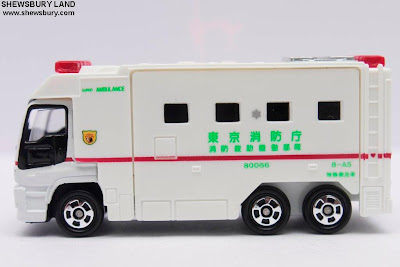 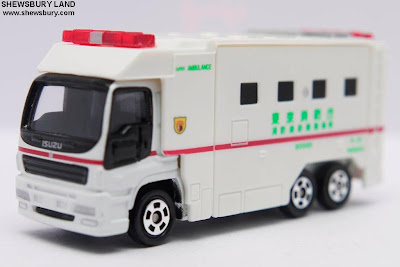 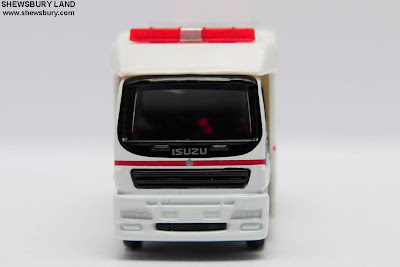 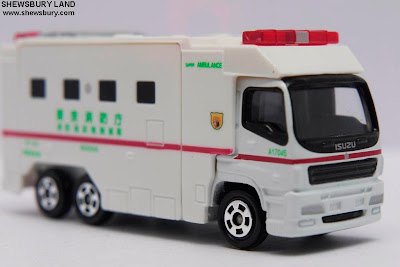 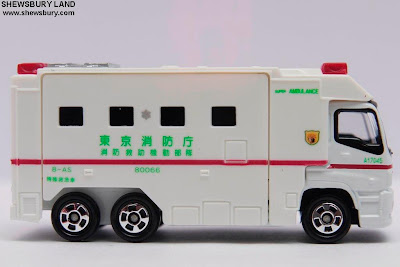 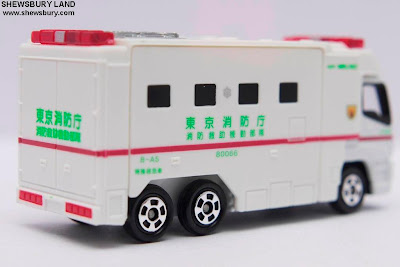 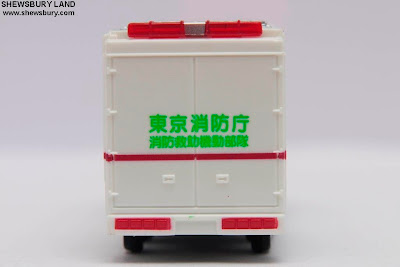 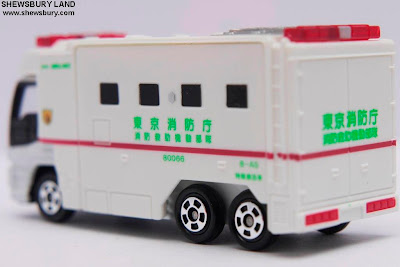 Exterior details is quite good for such small scale die cast vehicle toys. The only think that I'm quite shock is the fact that the front cockpit seems to be empty, it's either I can't see it or I have serious eye problem but upon checking it several times from different angle, I still cannot see anything like the typical seat and steering wheel..... 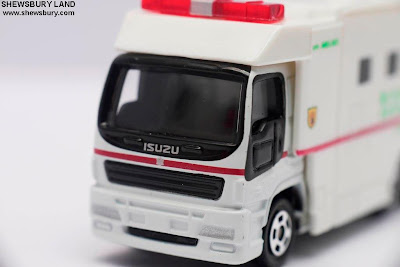 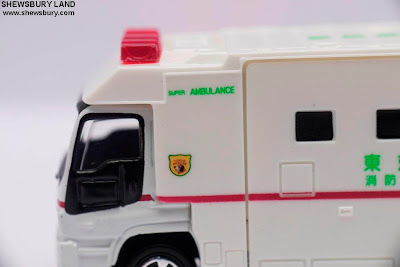 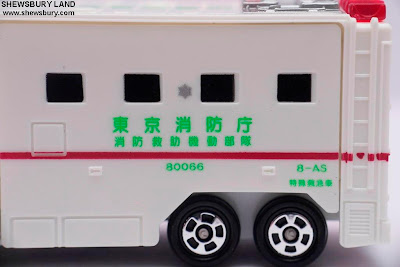 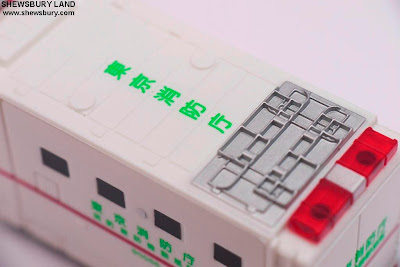 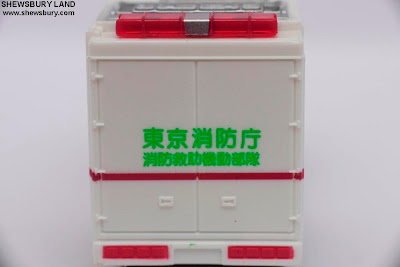 When I saw the box, my main concern about this model is the gimmick... I wonder if the toy version can give similar retractable cargo component at the rear like what I saw on the box - see the picture below; 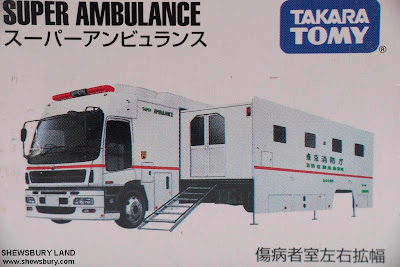 And this is the answer; 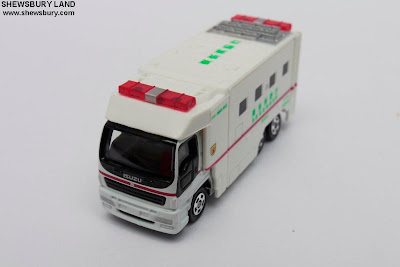 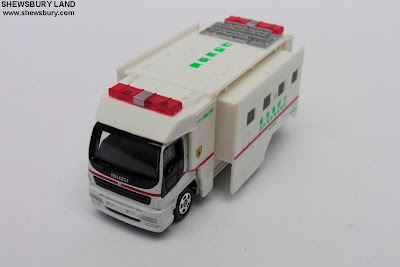 In a way, the answer is yes, but we can't really expect something great from this particular price point, that is the basic rule. As you can see from the above pictures, yes there is a little bit of those retractable thingy but it is not exactly like the real thing and not even close from what you can see on the box/packaging picture.
I guess, this is when they will say "Hey, it's better than none".... 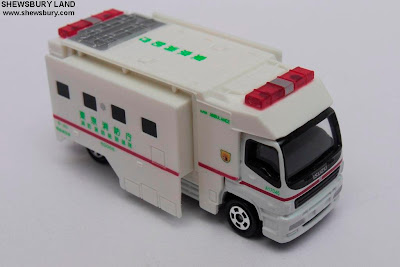 Overall, I'm quite happy with this "Super Ambulance". Although it is not as "super-duper" as I thought it might be but then again I didn't put high expectation either. In fact I'm happy that at least we have that simple gimmick thingy.... better than none... The exterior details is good and that should be enough to compensate me. 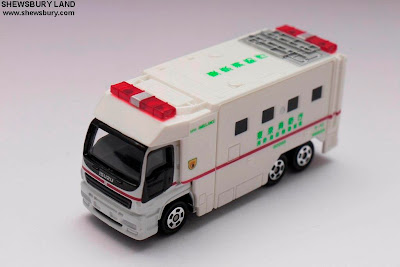 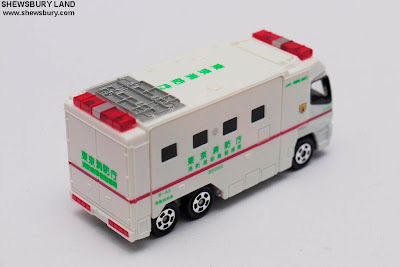