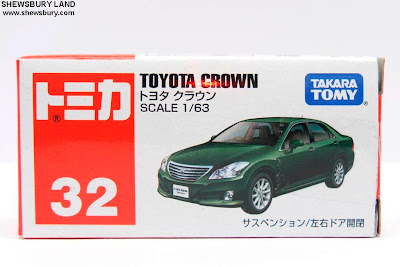 This is a 1/63 scale die cast car model of Toyota Crown (S180) from the 12th Generation (year 2003 to 2008) of the popular Toyota Crown model series. This die cast car is produced by Takara Tomy thru their factory in Vietnam.
The Toyota Crown is a line of full-size luxury sedans by Toyota. The range was primarily available in Japan and some other Asian countries, originally designed to serve as a taxi. Throughout the Crown's production, there has always been available a minimal-content Crown in the sedan bodystyle platform used as a taxi, and in the mid 1990s, Toyota created an offshoot of the Crown sedan to serve specifically as a taxi, called the Toyota Comfort. The Crown also serves as a police car nationally, as well as transporting government officials at all levels.

In Japan, it is only available at Toyota Store dealership retail channels. The Crown is Toyota's oldest sedan still in production. It is outranked only by the Century and the Majesta in social status. The Crown is used by many Japanese companies as the company limousine. In many markets the Crown had become very expensive and was replaced by the Cressida in some international markets when it became available for export in the early 1980s. Most models are distinguishable by a unique "Crown" badge on the front grille, in place of the normal stylized 'T', but the normal Toyota badge is usually used on the rear.

The S180 model of the Crown was based on the Zero Crown concept car. The engine was changed to a V6 for the new Royal and Athlete models, while the Crown Majesta used the V8 only, now in 4.3-liter form with 4WD optional. The new engines gave more performance while also giving better fuel economy.
Compared with the previous model, this model was increased by 70 mm (2.8 in) in the wheelbase and 15 mm (0.6 in) in body width.

The S170 series Crown Estate was continued alongside the S180 sedans. It continued using the older inline 6-cylinder engines.

Nonetheless, let's have a look at this miniature die cast model; 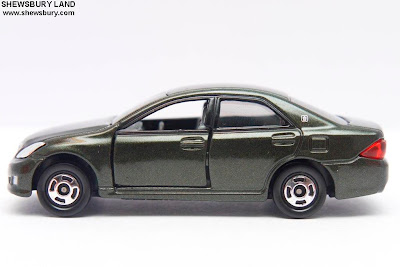 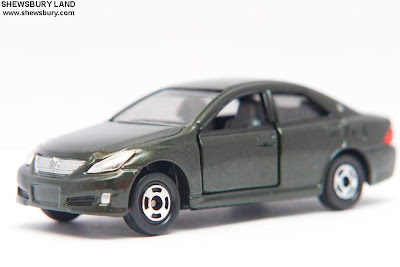 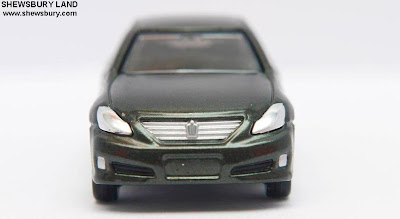 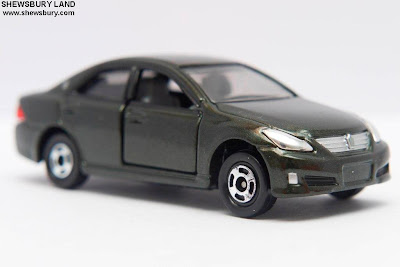 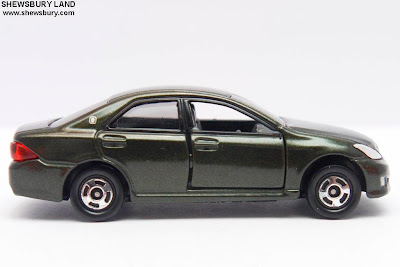 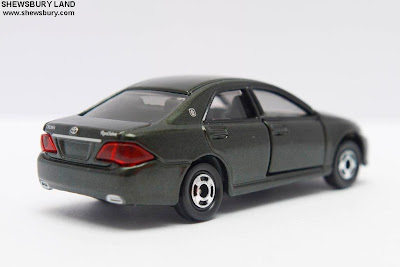 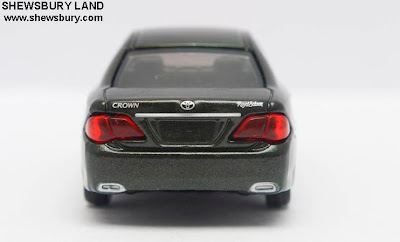 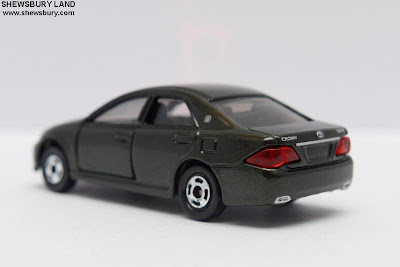 The features includes the "Crown" emblem on the front here; 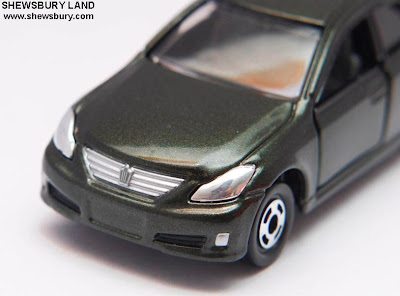 And 1 more here on the side; 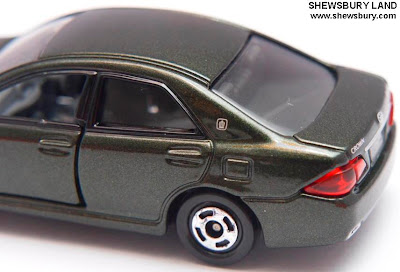 And another nice label at the rear; 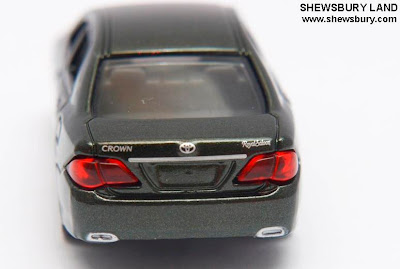 Apart from that... the openable front doors; 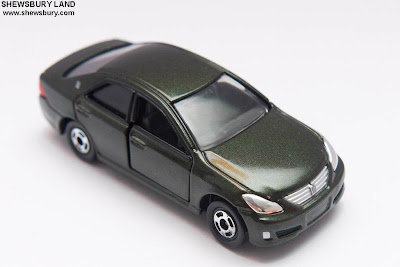 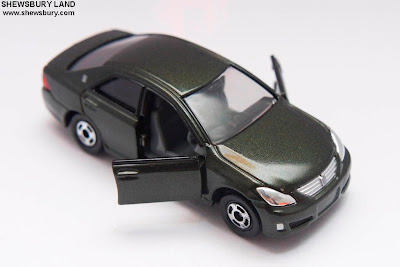 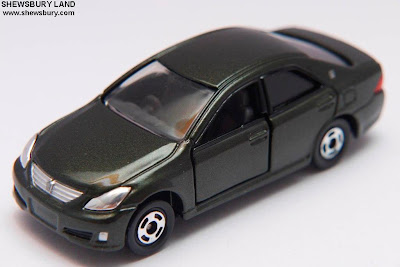 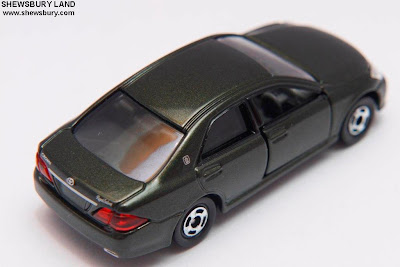 Overall, this is a nice miniature model of Toyota Crown (S180). I personally dislike the green color scheme and on this particular unit, I can detected some imperfection on the painting finishing on the side but it's not really too bad and obvious either. I personally believe that black would be ideal color for this unit and thus I plan to customized this car soon ^___^