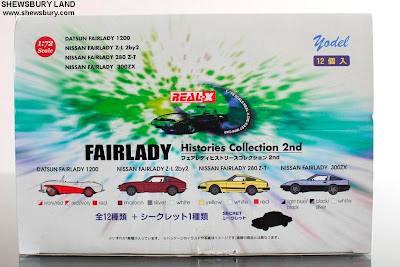 Recently we found this exciting product from Yodel thru their "Real X" series. Basically this is a historical assortment of die cast Nissan Fairlady cars at 1/72 scale from as early as 1961 to all the way to 1983. 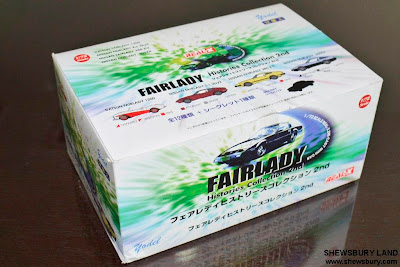 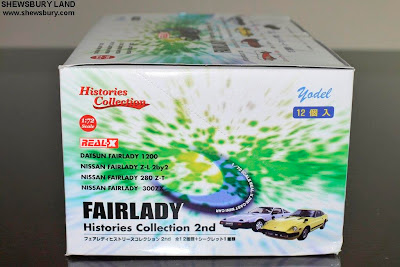 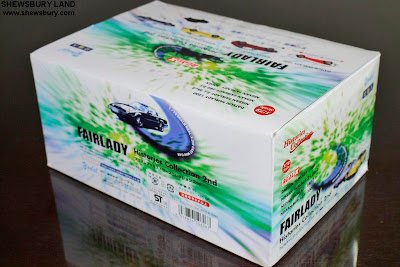 Inside the above big box, there are 12 smaller boxes like this: 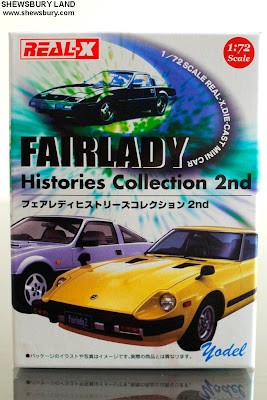 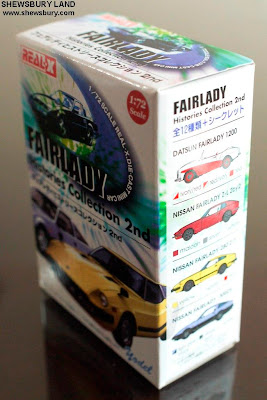 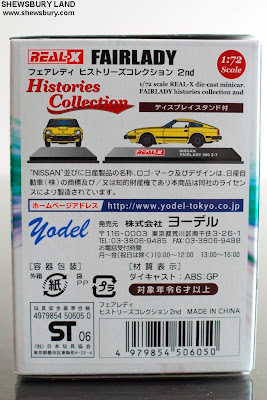 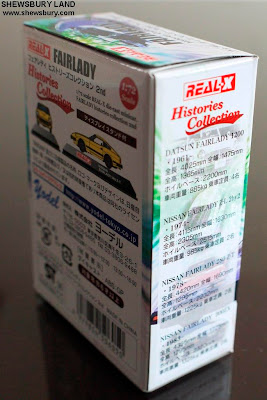 These are all 12 of them out of the box; 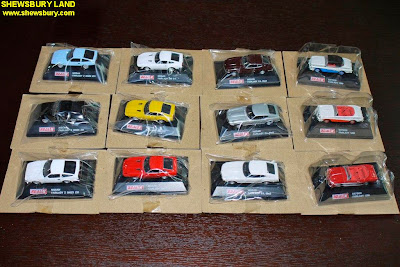 Basically there are only for models available as listed below;

Each models comes in 3 color variations as you can see from the above picture showing all 12 of them.


So we will review 1 from each model, picking them in accordance to our color preferences starting with the classic 1961 Datsun Fairlady 1200; 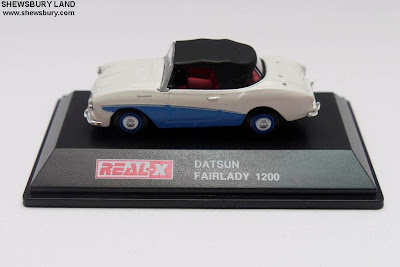 The Datsun Sports (called Datsun Fairlady in Japan) was a series of roadsters produced by Nissan in the 1960s. The series was a predecessor to the Z-car in the Fairlady line and offered an inexpensive alternative to the British MG and Triumph sports cars. The line began with the 1959 "S211" and continued through 1970 with the "SP311" and "SR311" line.

Drum brakes were used all around. This was the first vehicle to bear the "Fairlady" name. The badge on the trunk lid was the same badge that was used on the Datsun 223 truck. It was named in reference to the Broadway musical My Fair Lady.[2] The SPL212 and later SPL213 were sold only on the export market; they were named for their engine displacement. In 1960, production of the Fairlady was moved from Yokohama to the Nissan Shatai plant in Hiratsuka. 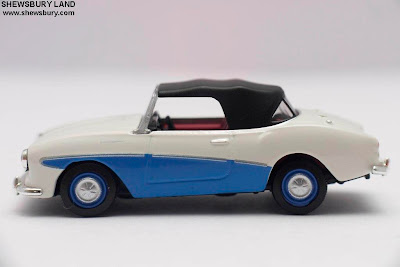 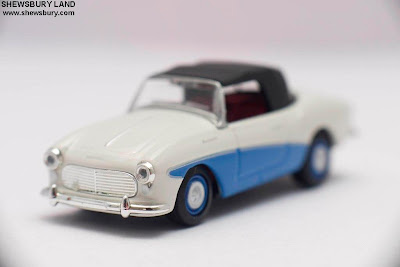 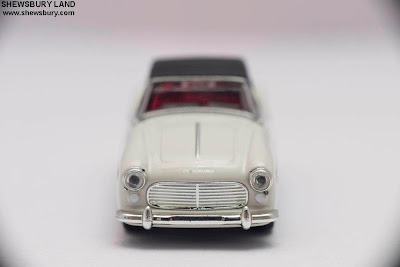 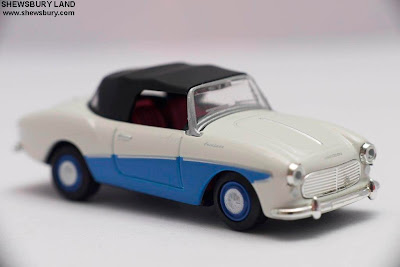 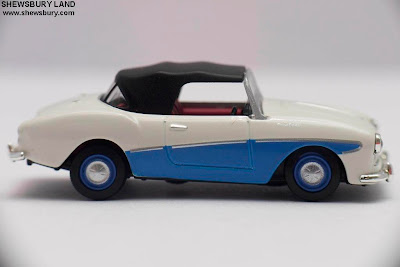 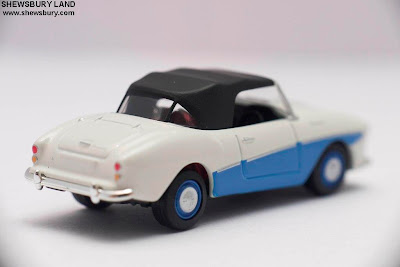 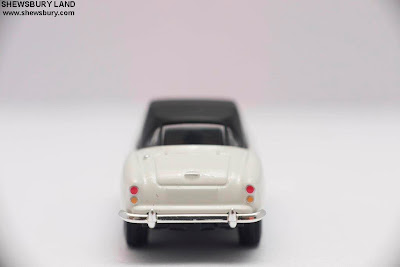 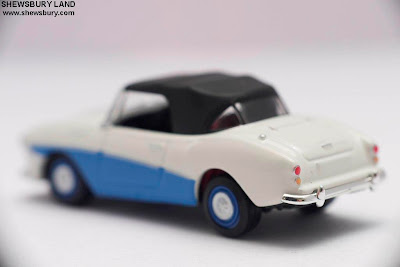 This miniature version features a nice emblem markings, realistic looking rubber tires and wheels, other exterior details are quite remarkable as well; 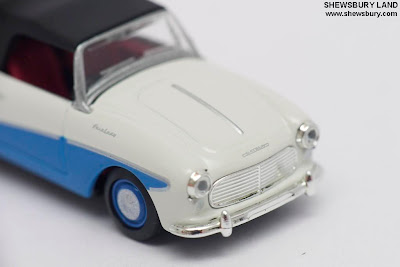 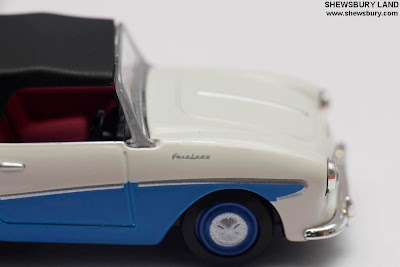 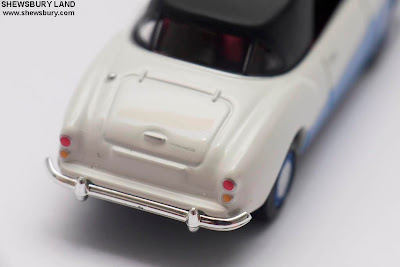 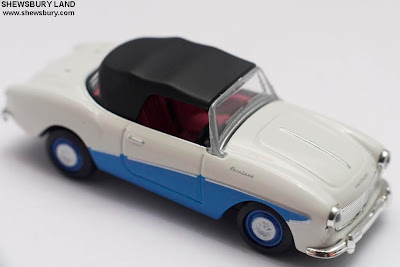 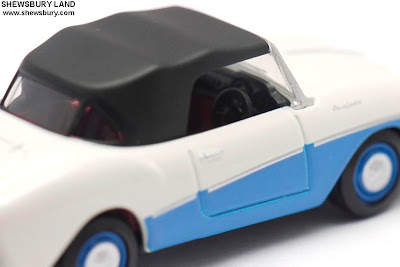 Overall, despite being a little smaller (1/72 scale - about 2.7 inches) than the typical Hot Wheels size (about 1/64 scale - about 3 inches), the painting finishing and the exterior detailing of the car is quite impressive, in fact it is much better than those from Hot Wheels and Takara Tomy. The interior detailing, from what I can see, is also quite good - considering the scale. The display based with the name plate is a nice added bonus. I rather display these cars by mounting it on the display base. If you are a hardcore fans of Nissan Fairlady car series (in which I'm not, but I do like them) or if you are just a die cast car collector (like me), I guess you would really wanted this item so much. 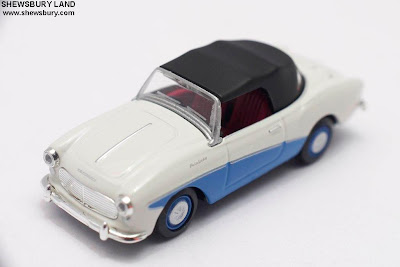 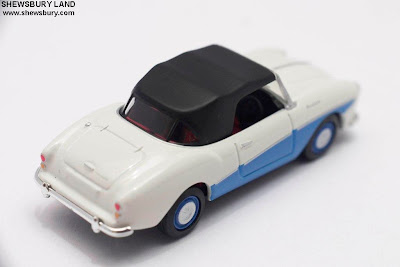