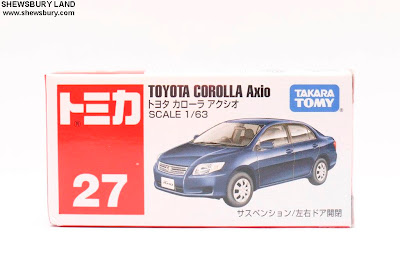 Toyota Axio is one of the models available from the 10th generation of Toyota Corolla series (E140) sold by Toyota under the Corolla nameplate.

There is a model called "Corolla Axio apr GT (E141)" though I'm not sure if this is the particular replica of that car but then again, this is the only Axio available from the local Toy's R Us in their Takara Tomy section.
I bought this car because in a way it looks "almost the same" as the car that I usually drive - Chery A520 which I nicknamed as Chery Wong A5 - The Blue Dragon LOL.... nonetheless, I did say "almost the same" thus it's not really the same actually.... 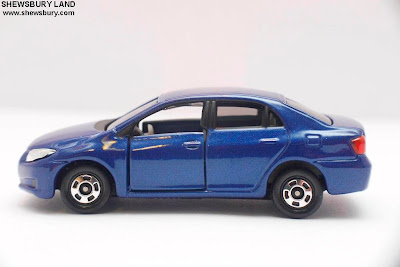 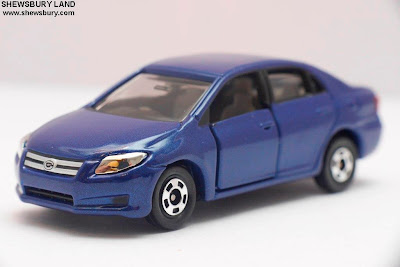 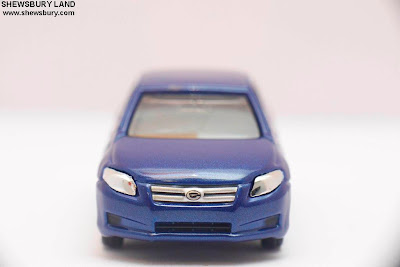 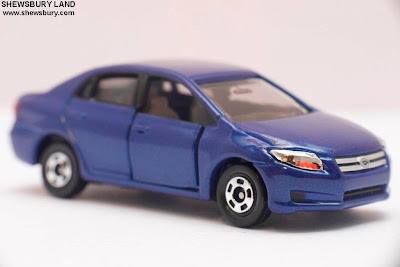 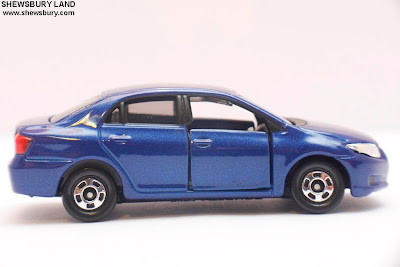 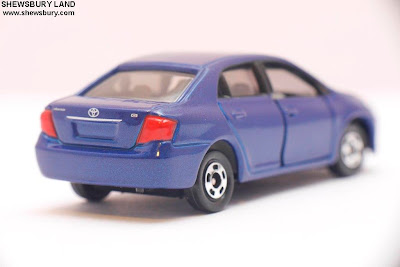 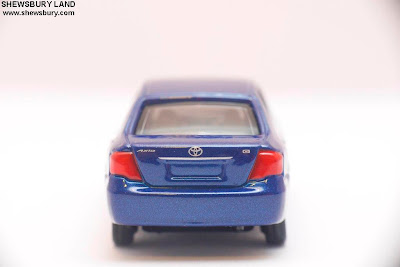 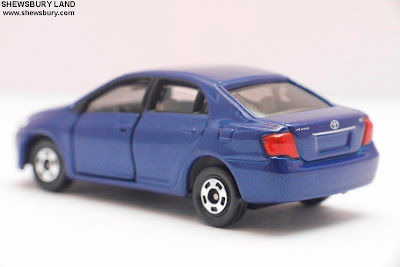 Features wise, not much, you can see some the logo on the front grill, I guess it's "Axio" logo while on the rear side here you can see the name Axio and Toyota logo and letter "G". 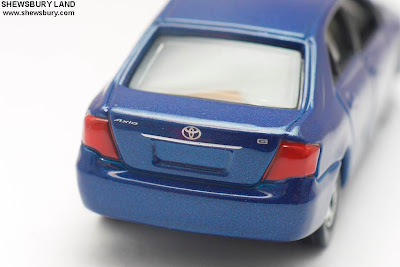 Perhaps the only most prominent features is the openable doors; 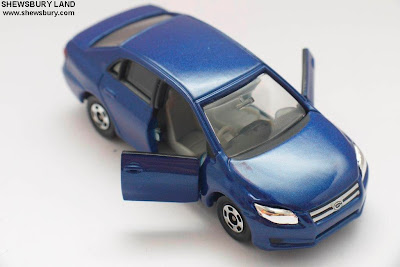 Interior looks OK, I like the color of the dashboard which is in black, and for this particular car, I don't mind the seat and the rest of the other interior are in lighter color - perhaps the only other thing I would like to be in black is the steering wheel... just a personal taste... 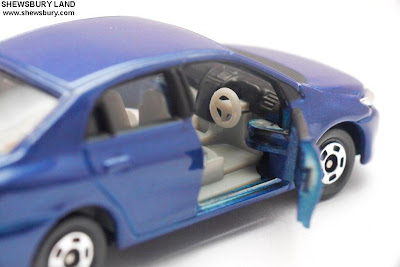 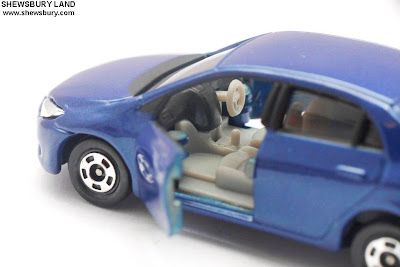 Overall, just like any Corolla - this is a neat and simple car at miniature size. I don't know much about the "Axio GT" but it would be exciting to have such car with typical family sedan size but with the engine power, performance and sporty looks. 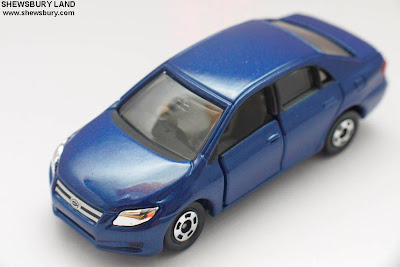 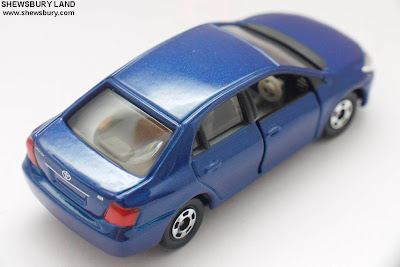 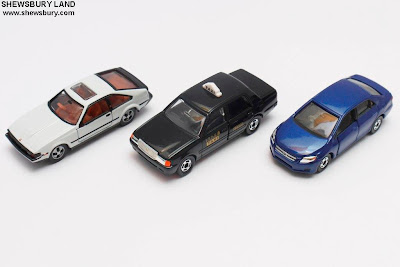