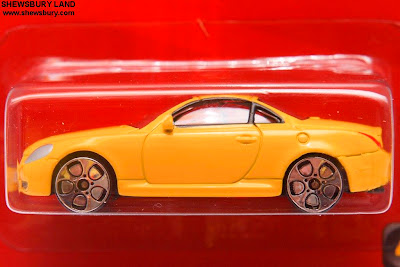 This is a die cast car model of Toyota Soarer (in Japan) - also known as "Lexus SC430" in some other countries at 1/56 miniature scale produced by Fast Lane available from all "Toys R' Us" outlets with attractive retail price on only SGD 2.95 (USD 2.40)
The Toyota Soarer was a personal luxury GT coupé sold by Toyota in Japan from 1981 to 2005. It débuted with the Z10 series, replacing the Mark II Coupe, and took the form of an angular two-door coupé. In 1986, the Z20 series was launched, based on the then new A70 Supra platform. In 1991, the third generation (Z30 series) Toyota Soarer premiered in Japan, while its Lexus equivalent, the SC 300/400 débuted in the US market.

While externally identical to the Lexus SC, the Z30 series Soarer lineup offered different powertrain specifications and multiple unique vehicle configurations. In 2001, Toyota introduced a convertible-only successor which appeared in Japan as the fourth generation (Z40 series) Toyota Soarer, and elsewhere as the Lexus SC 430. In contrast to previous series, the fourth generation Soarer and Lexus SC were based on a single model and were largely equivalent. In 2005, following the introduction of Lexus in Japan, the Soarer name and emblem were discontinued and the Z40 became the Lexus SC 430 in common with worldwide markets.

In its home market the Soarer was a competitor to the Nissan Leopard, and Mazda Cosmo coupes. All versions of the Soarer featured a unique winged lion emblem (often mistakenly called a Griffin) as the logo throughout the vehicle.
I do have a 1/43 scale fully racing version of this car produced by the "big brother" Bandai - but then that one is a plamokit and at 1/43 scale and most of all it's not a "street legal" type LOL - there is always excuse to get extra ^__^
You can read the review of that item below;
1/43 2007 Houzan Tom's SC430 - GT500 #01 Toyota Team Tom's from Bandai


Nonetheless, for today, we will look at this Toyota Soarer / Lexus SC430 from Fast Lane. 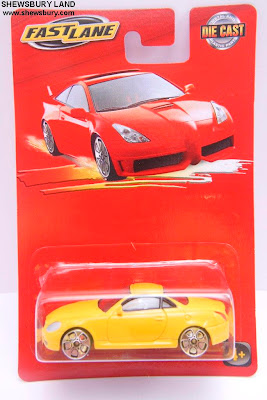 And now out of the packaging; 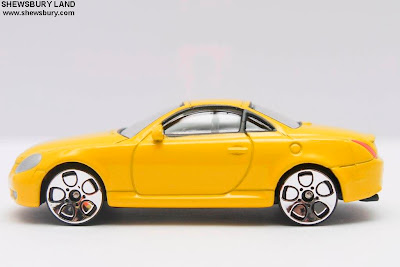 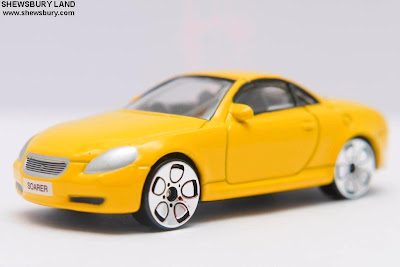 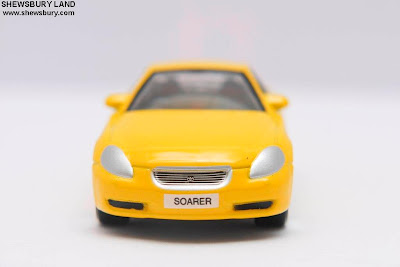 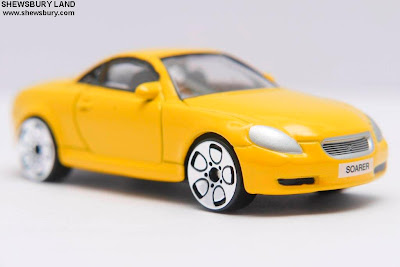 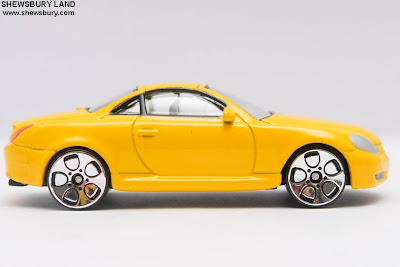 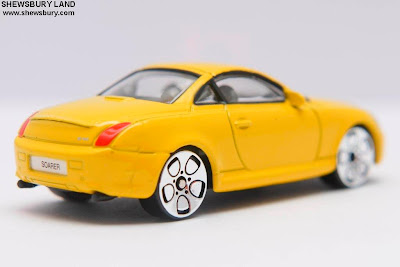 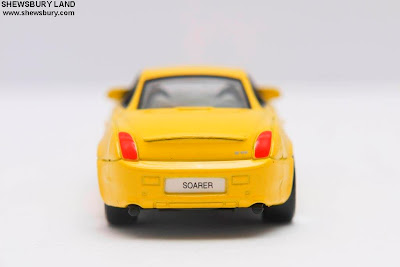 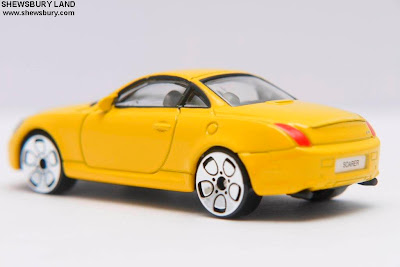 Not much features on this car to talk about but for what is worth, you can see the "Toyota" logo on the front grill there; 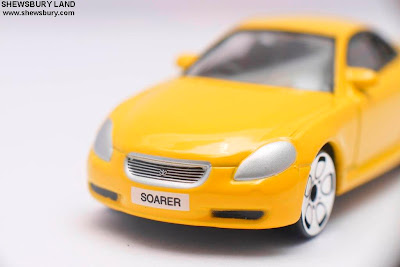 At the rear, you can see the car's model name/number "SC430" and of coz the name "Soarer" on both sides (front and back) car registration plate space. 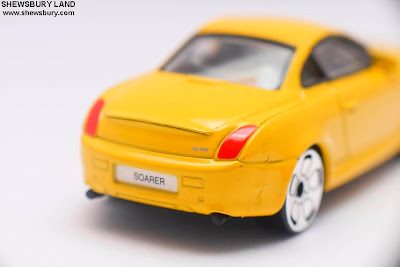 As an extra bonus - for a choosy person like me - this car comes with the right hand steering wheel (typical Japanese/British style)... 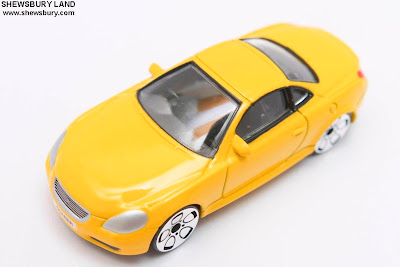 One particular thing that I like about the die cast cars from this Fast Lane is that they always choose a simple straight forward color like this yellow or red or purple or green or what ever - pure simple 1 tone color, no additional line or fire decals or what ever like those from Hot Wheels. Eventually, for the manufacturer, this means lower production cost for them - keep it simple - and thus they can sell their products with slightly lower price than those from Hot Wheels. In this case, the final retail price is 18% lower than Hot Wheels and with that they already enjoy some profits (or so I thought).

Furthermore, their scale is slightly bigger than those from Hot Wheels, Maisto and the rest - at around 1/56 or 1/59 - while the other brands always consistent at 1/64 scale - though nothing wrong about it, in fact I do like the consistency of the other brands as well. At the end, it's a matter of business module and strategy and the way they created their products. For typical collectors like us, if we happy with the product and the price, we will buy anyway.... simple as that. 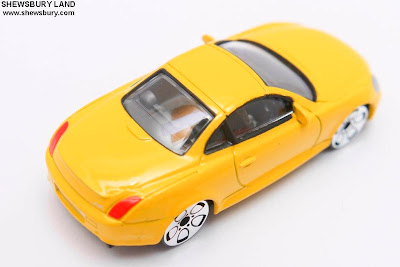 Overall, I personally think that this is a decent miniature die cast model of Toyota Soarer/Lexus SC430 from Fast Lane. The simplicity matched those products from Takara Tomy and the painting finishing is quite decent though not necessarily at the same level of Takara Tomy but then again the cheap price is another factor that needed to be taken into account as well.