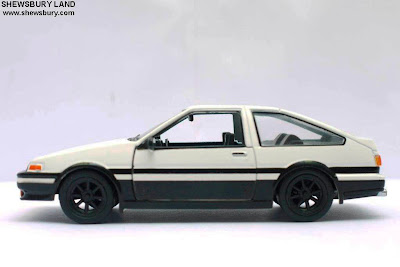 This Toyota Sprinter Trueno AE86 is indeed quite popular in Japan as well as in many other parts of Asia Pacific especially in the last 10 years or so. I think the anime "Initial D" and the popularity of the drift motorsports scene in Japan and other Asia Pacific region also contributes to it.

The rear wheel drive configuration, combined with the AE86's light weight (approximately 2300 lb (950–970 kg) curb weight), balance and relatively powerful (and easy to tune) 4A-GEU engine made it popular among the Japanese hashiriya (street racers in Japanese), many of whom raced in mountain passes (touge in Japanese) where the corners suited the AE86 best, especially on the downhill.

Among those who utilized this car was Japanese racing legend Keiichi Tsuchiya also known as the Dori-King ("Drift King" in Japanese). The AE86's FR configuration made it well suited to this kind of cornering, and currently the car is a mainstay of drift shows and competitions but somehow never related to Japanese Adult Video industry LOL.... 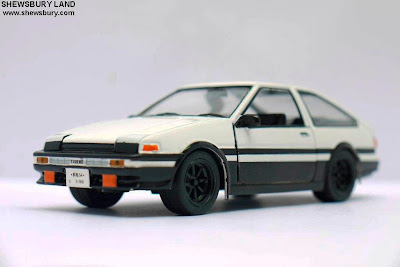 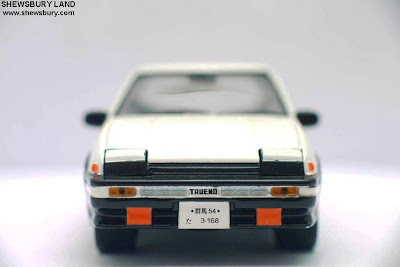 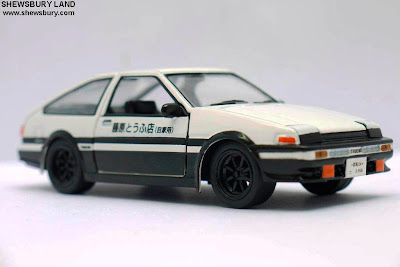 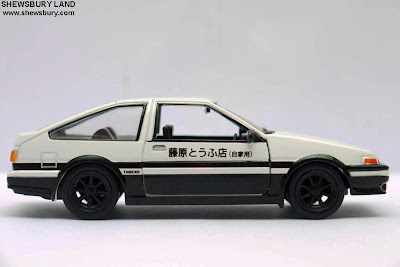 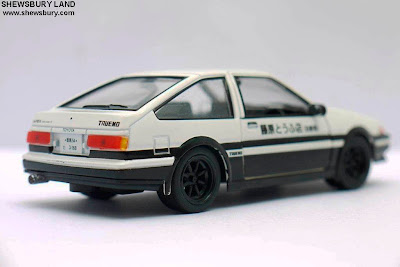 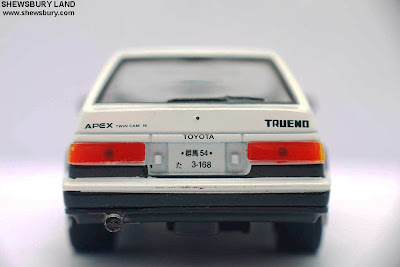 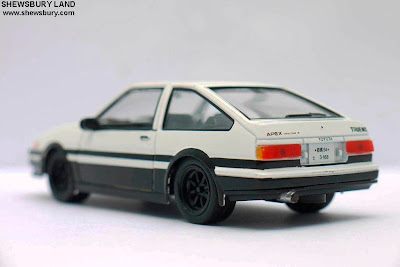 This car model have some nice features like this hidden head lamps; 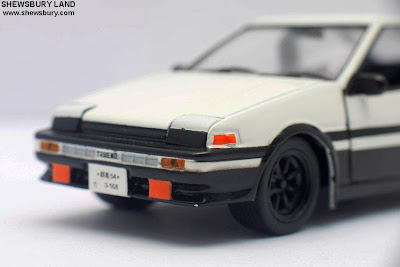 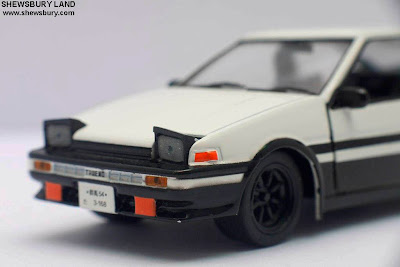 I don't know why the Japanese text (I guess it says = Fujiwara Tofu Shop) only appear on the driver's right side door and not on the left door, but that's how it is in the anime. 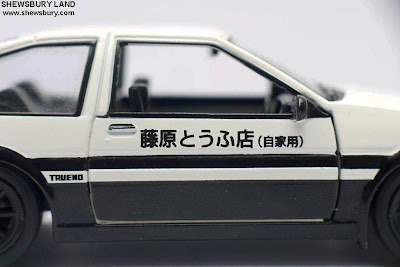 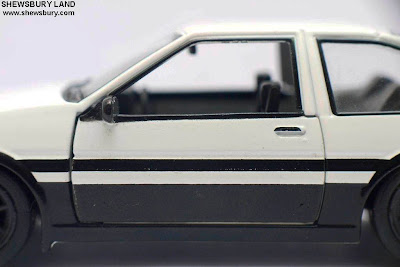 The car comes with "Watanabe" wheels as seen in Initial D anime.... I honestly don't know much about "Watanabe" as I never seen him in those Japanese Adult Video LOL..... but who cares, the wheels looks cool and bad ass in all black.... 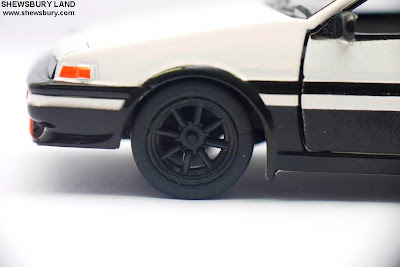 Nice marking at the back; 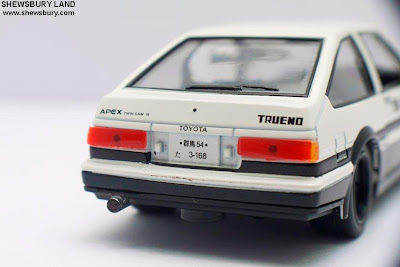 You can open the doors; 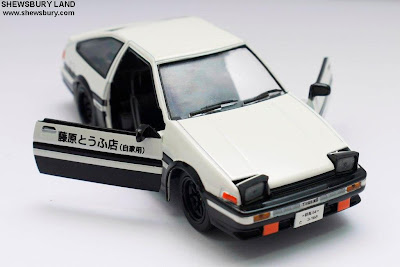 Let's have a look at the interior; 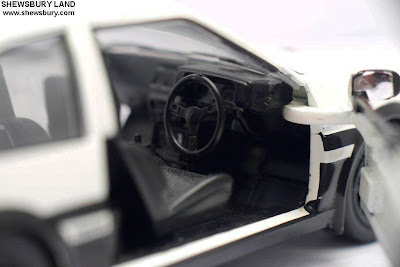 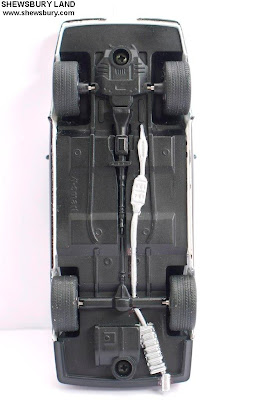 And this is now the interior; 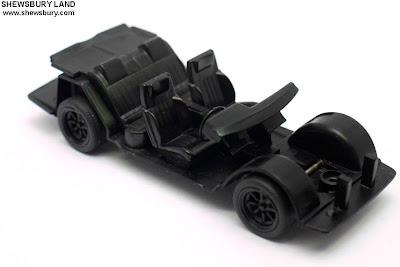 Since this is not a "pull-back action toy car" so there is nothing to hide and we will not see any "bags" at the passenger seat. 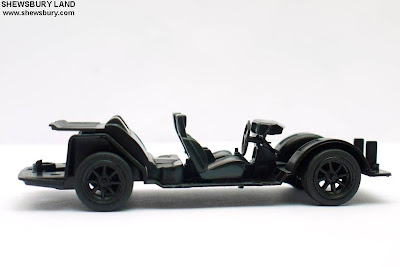 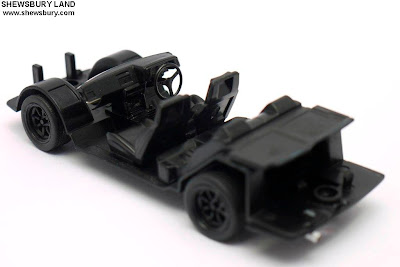 I still not sure if I want to do any touch up on the interior, at the moment, I prefer to just leave it all in black like the original. 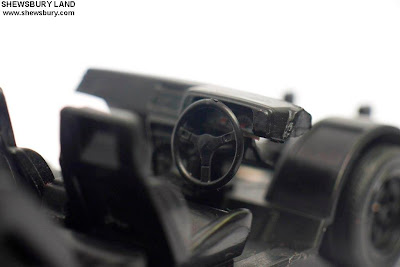 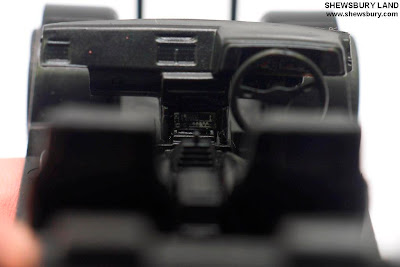 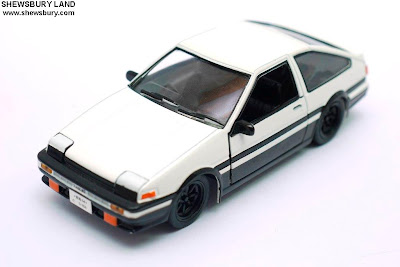 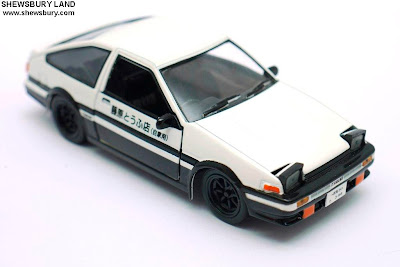 Overall this is a very good die cast model car of "hachiroku" or the 86. I'm so lucky to have this. This model offer great features, great accuracy and decent interior detailing - absolutely brilliant. Due to it's popularity, there are still many other die cast model of this car out there produced by popular company like EBBRO and Jada Toys but their price is quite "premium" though probably they offer a little bit of better interior detailing than this one but this is good enough for me. 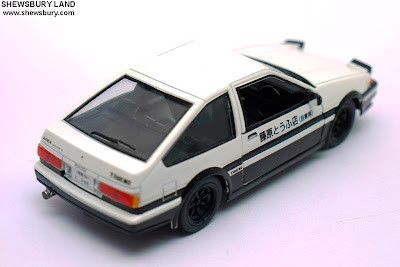 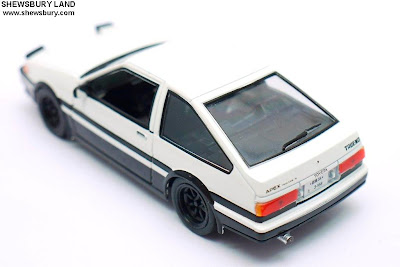 With the rest of the 1/30's scale Toyota's in our collections; 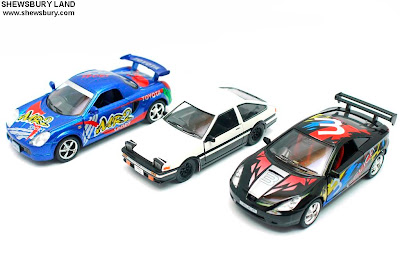