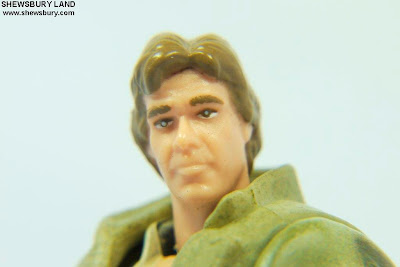 This is the young Harrison Ford or rather Captain Han Solo in Endor Gear. This action figure was produced by Kenner/Hasbro in 1997. 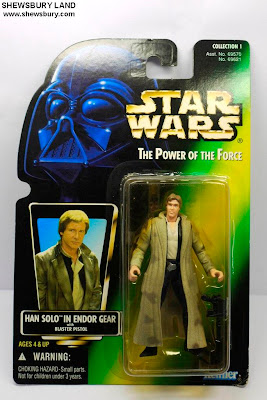 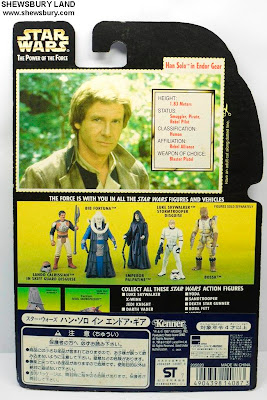 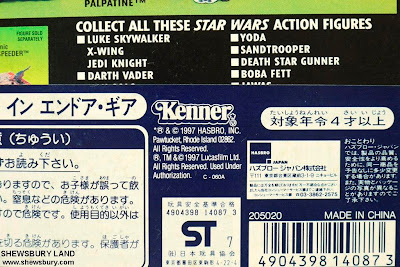 Out of the packaging, you will get the figure and a blaster pistol; 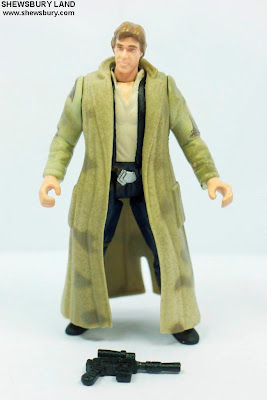 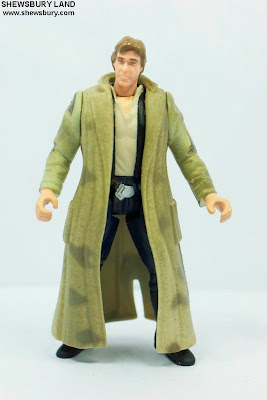 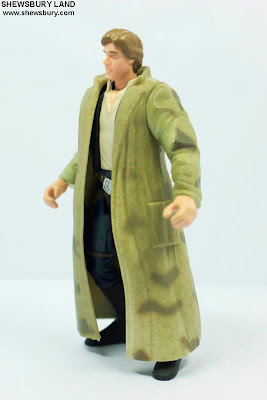 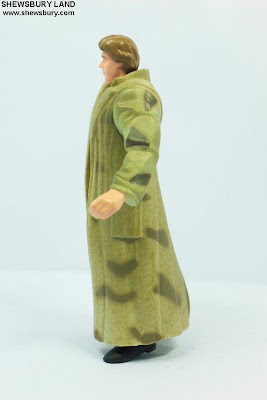 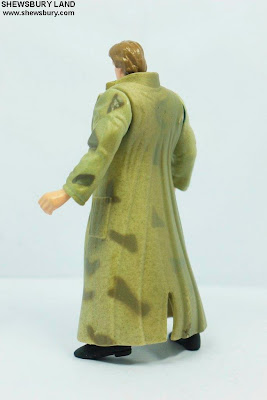 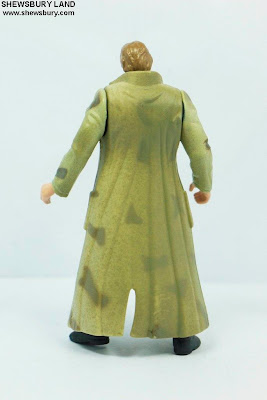 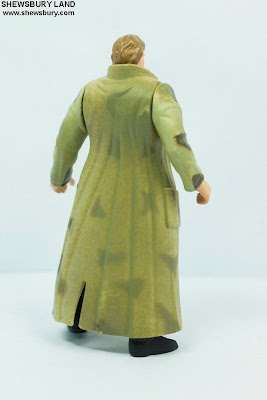 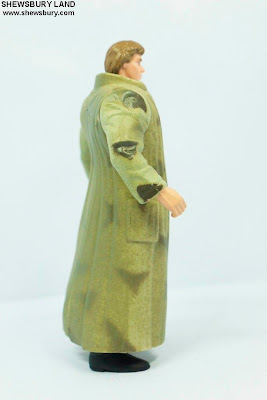 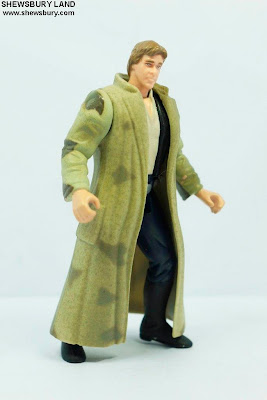 The face sculpt achievement of 1997; 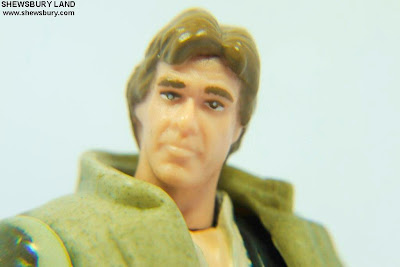 Articulation is very poor, apart from the arm/shoulder you can turn the head left and right and last but not least the "Endor Gear" restricted the legs movement; 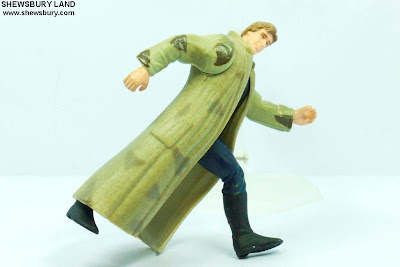 So no usual kneeling pose and not much exciting action pose you could try with it. The best is to leave it standing acting like a cool mother fucker holding a gun; 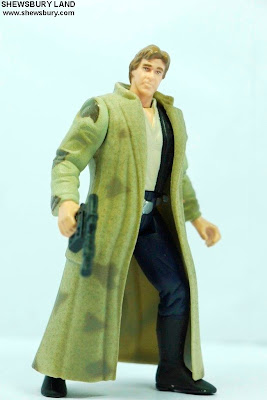 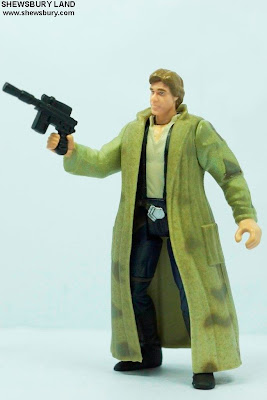 Eventually I also have the other Han Solo with his normal outfit, articulation level almost the same but at least the legs movement is not restricted by anything though even so, not much he can do anyway.... 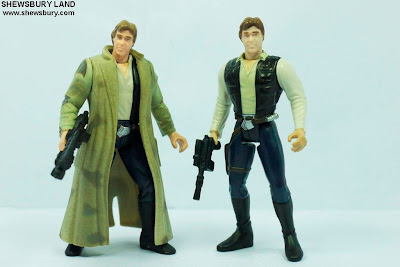 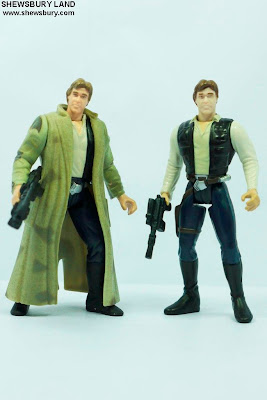 Looking at these 2 vintage figure, makes me want to buy the newer/modern version of Han Solo..

Overall, this is another vintage action figure of Hans Solo in Endor Gear produced by the then Kenner/Hasbro in 1997. In modern times, this figure sure looks kind of boring due to the poor articulation but then again, it's Harrison Ford, so if you are a big fan of him, I guess you wouldn't mind to just have him in your collection.