As requested by one of our friends and maybe also some of you might be interested to knew about it.... this is it now, the size comparison between Figma Kamen Rider Dragon Knight and Sonchaku Henshin Figuarts (SHF) Kamen Rider 1 from Bandai.


By the way, if you havent, you can read the review for Figma Kamen Rider Dragon Knight in here and S.H. Figuarts Kamen Rider 1 in here.


OK, moving on, Figma KR Dragon Knight (Ryuki) is 3cm tall, I guess the same size for most of the Figma.

The SHF KR 1 and naturally all other Kamen Rider figures from SHF as well is 14cm tall - slightly more but not really 15cm - almost there basically...


In the photo below, you can see them both, side by side; 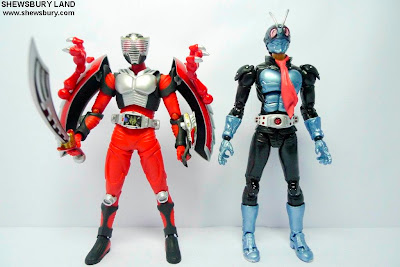 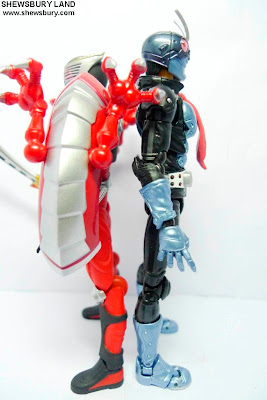 The SHF is slightly taller than the Figma.... 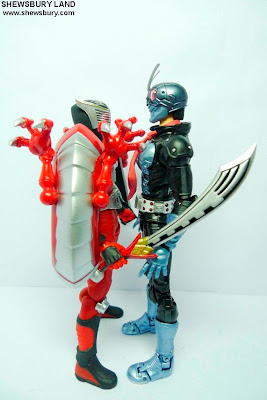 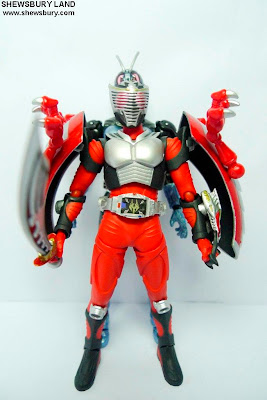 Interesting though that even if the Figma Ryuki is at 13cm tall, the proportion of the body size is basically identical to that SHF KR 1.

OK, that's all for now, hope that can answer your curiosity about the height and size....

As for the question of his favorite food, the answer is Kamen Rider Ryuki love to eat pork and he dislike duck meat because he said duck is ugly.