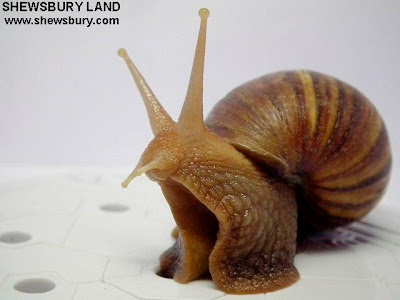 Snail is a common name for almost all members of the molluscan class Gastropoda that have coiled shells in the adult stage. When the word is used in a general sense, it includes sea snails, land snails and freshwater snails. Otherwise snail-like creatures that lack a shell (or have only a very small one) are called slugs. One species of land snail, the Giant African Snail, can grow 15 inches (39.3 cm.) from snout to tail, and weigh 2 lbs. The largest living species of sea snail is Syrinx aruanus which has a shell that can measure up 91 cm in length, and the whole animal with the shell can weigh up to 18 kg (40 lbs).

Some of you probably have "destroyed" this snail or probably accidentally or unknowingly step on them (and thus killing them as well) and there are also times when they become the victim of our the vehicle's tires... and some naughty kids will even go as far as capturing them and bang the shell with hammer - just to see how hard it is... which obviously cannot cope with the "power" of hammer.

Such is the fate to be a snail.... not fun isn't it? Sometimes I wonder why do they exist...

Since it was raining heavily last night, I managed to found 1 of the snails and I decided to bring it home for further analysis... 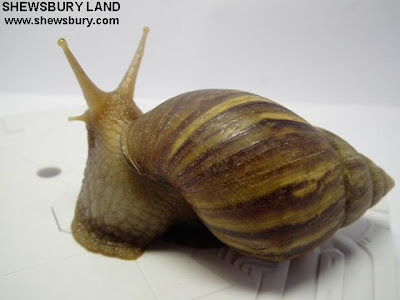 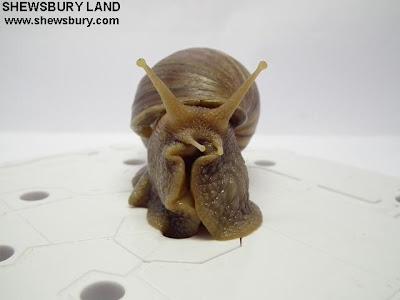 Read the rest of this post in Shewsbury Photo Stream.