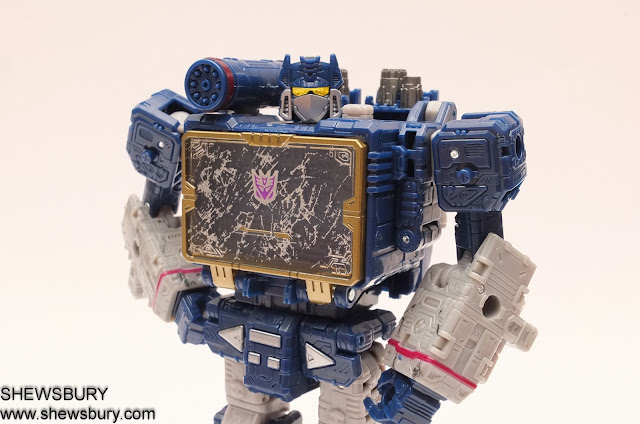 This is the WFC-S25 Voyager Class Soundwave from Transformers Siege War For Cybertron toy line and Soundwave is basically my most favorite character of them all.

WFC-S18 Soundwave Spy Patrol figures fit (individually) inside the chest of this figure but they were sold separately (of course)...

I don't know much about the series title "Siege War For Cybertron" but for me, I saw Soundwave action figure, it looks great and I want it, simple as that!!! 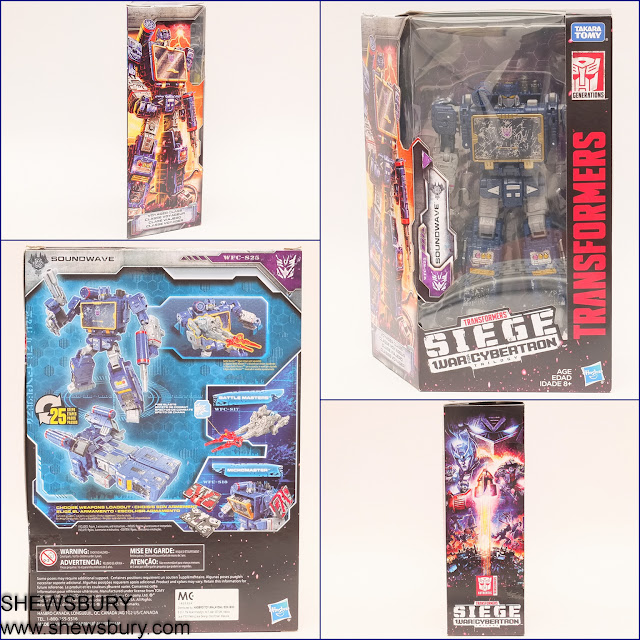 This figure was made not China but rather in Vietnam but I guess nobody gives a damn about it...

Out of the box, apart from the manual (not shown in the picture below), you will get all these: 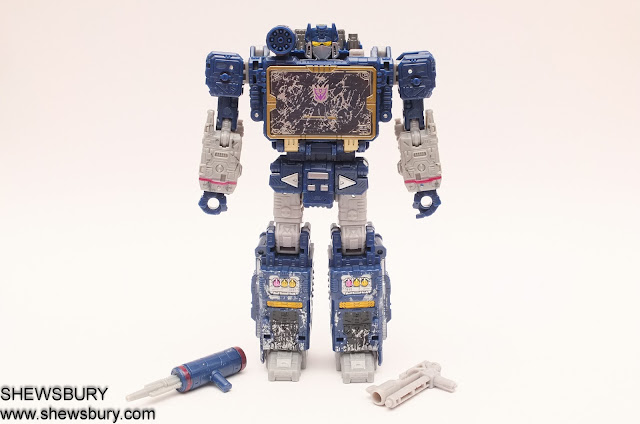 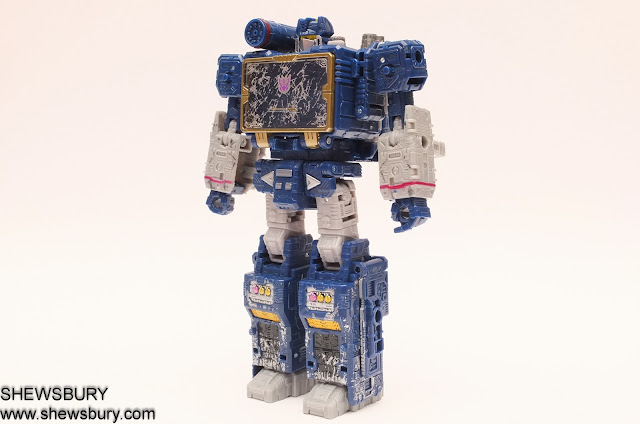 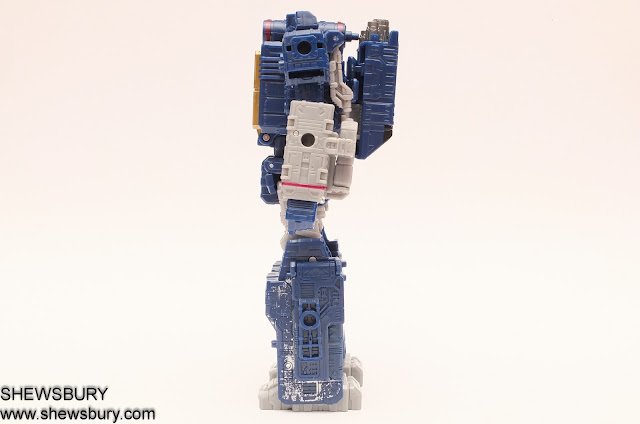 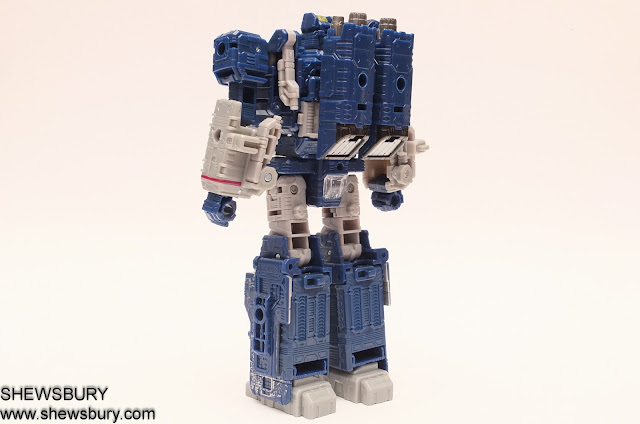 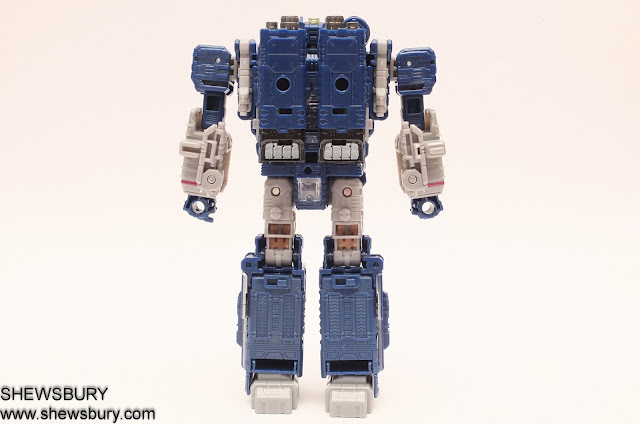 In robot mode, I think this is one of the best representation of Soundwave with a lot of homage to the classic G1 looks.

He comes with the openable chest storage in which you can store either Laserbeak or Ravage in their cassette mode and this is certainly one of the most important if not the most favorite criteria for the fans of this character. 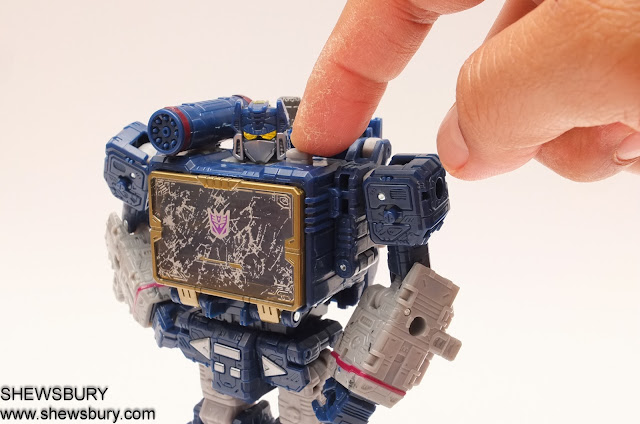 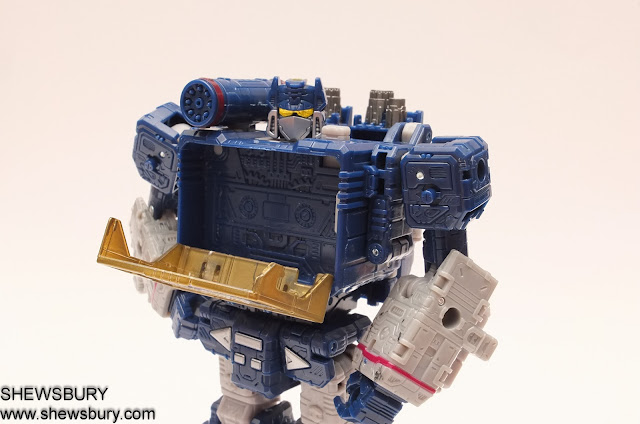 Articulation is quite decent: 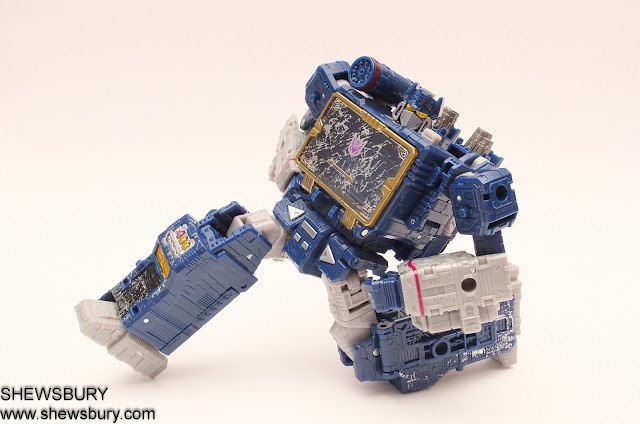 The weapons, HI-KEP Concussion Blaster (I think this must be the one mounted on the right shoulder), LR-HD Sonic Cannon, and EMTX Blitz Charge Blaster. 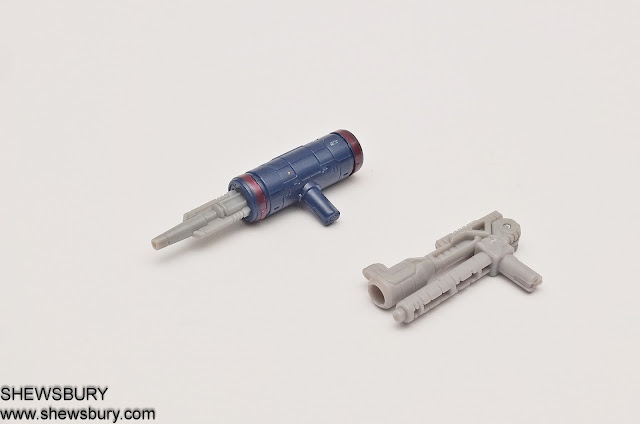 You can combine all 3 of them to form a USW HF Sonic Compression Mega-Blaster but I'm not interested with it because it's ridiculously long and apparently not much pose you can do with it, I do like this pose though: 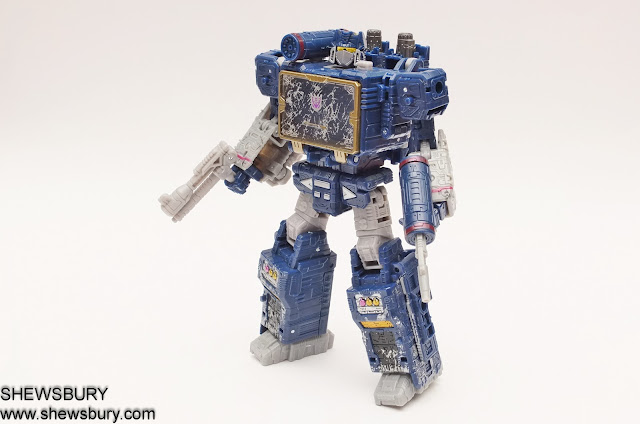 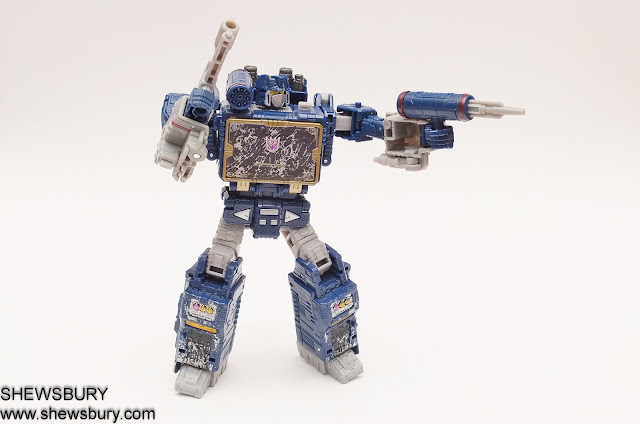 Fun articulation and well balanced, the robot mode is quite fun: 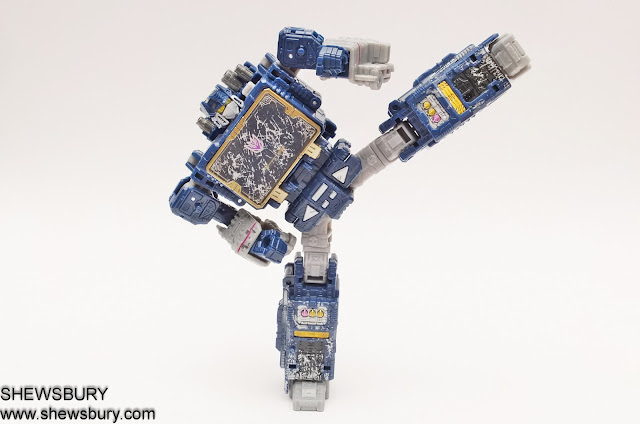 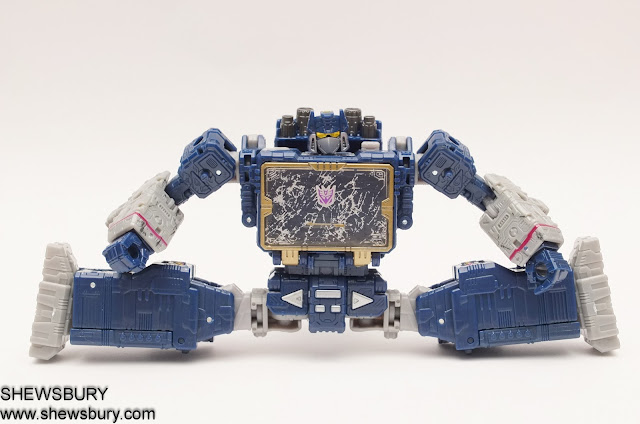 And this is the alternate mode which I'm totally not interested at all but yeah, this is it - some sort of Cybertronian Whatever Space Jet thingy, I don't know what it is but I guess it is something like that: 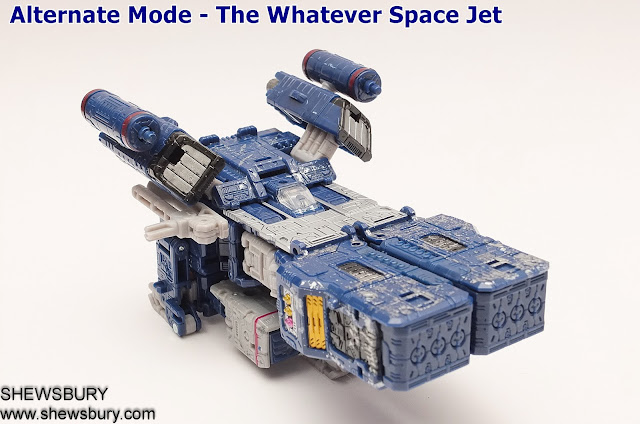 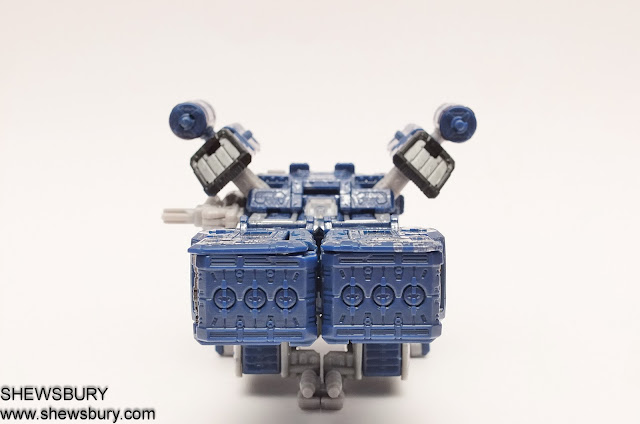 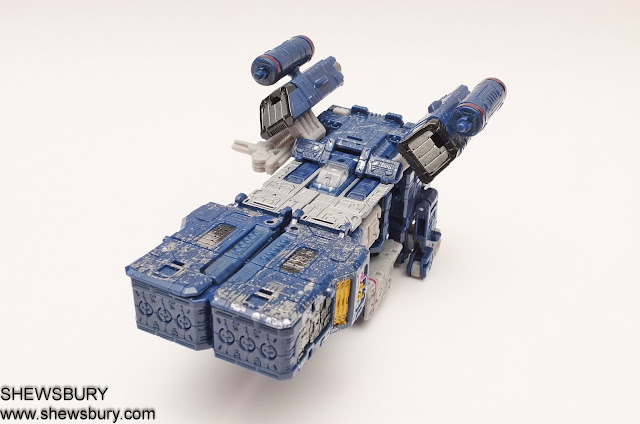 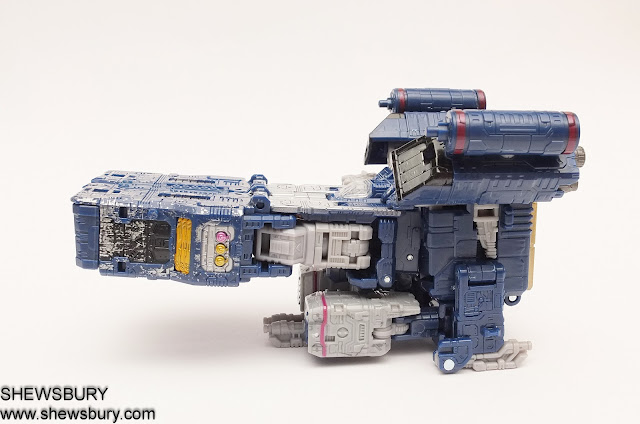 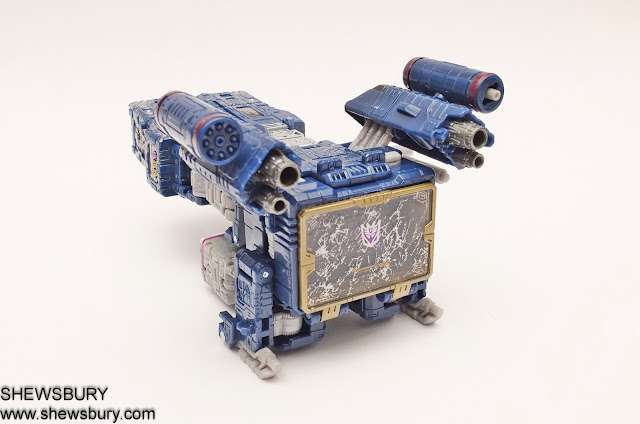 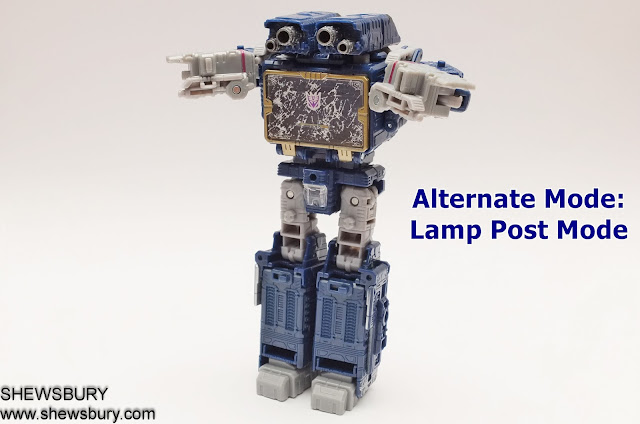 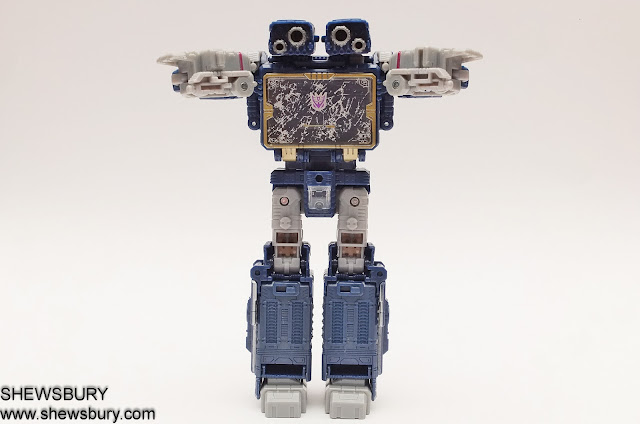 And lastly the Boombox Mode: 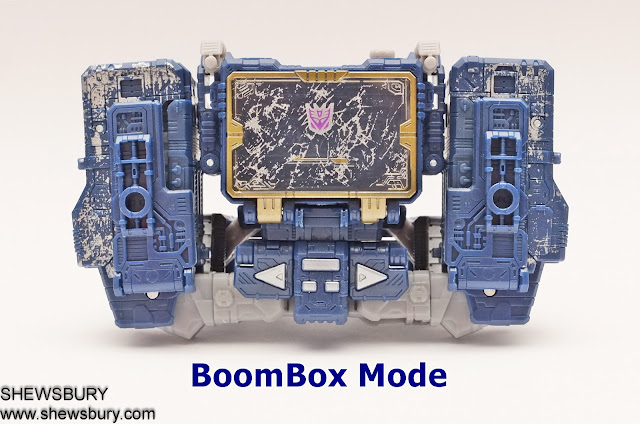 Size comparison with the other Soundwave figures from various toyline series: 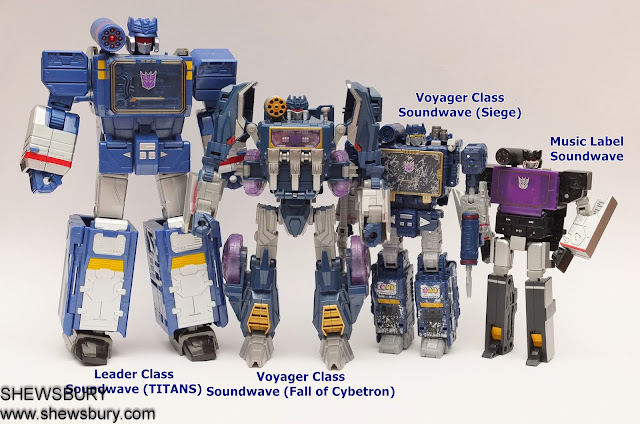 Sad but true, the Voyager Class figure size from this Siege series is a tad smaller than what it used to be, oh yeah, Hasbro/Takara-Tomy needs to make more money, love needs sacrifice they said, hence they reduce the size for a healthier profit margin: 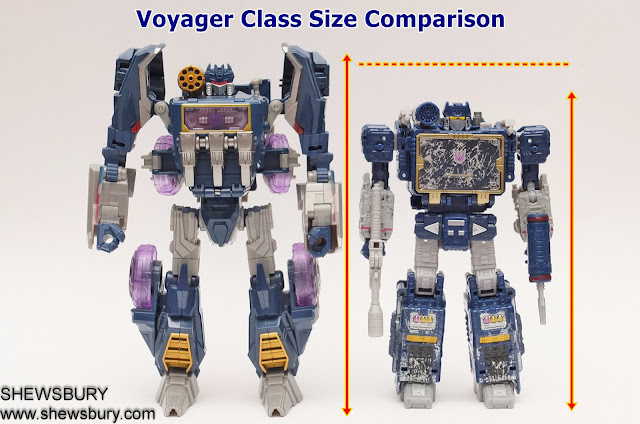 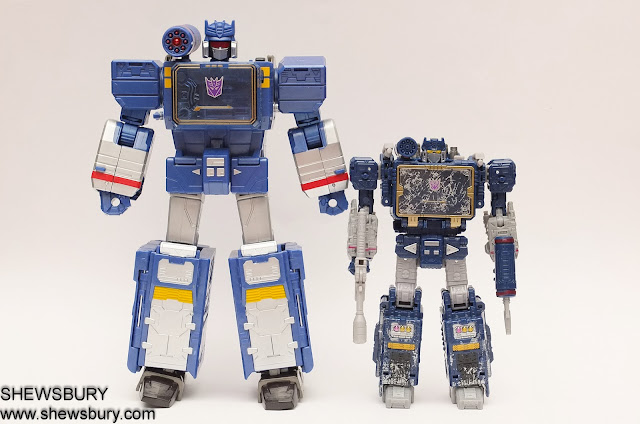 Side by side with the Music Label Soundwave: 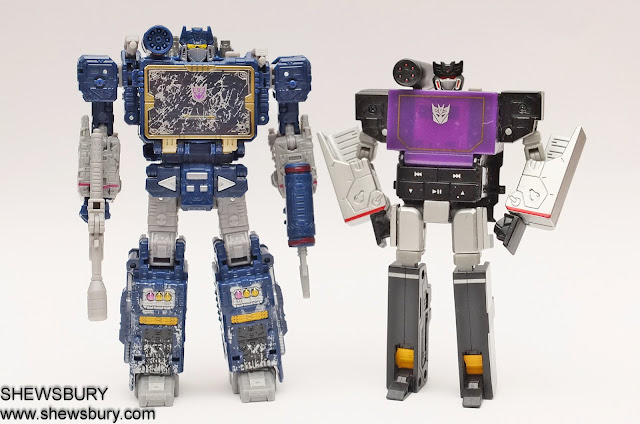 Overall, this is quite a fun and decent figure of Soundwave and although I personally despise those "battle damage" painting and detailing (but they are not bad actually and I guess maybe many other fans love it), I can still love this figure simply because of the homage to the classic G1 looks and we can still at least keep 1 of those cassettes on his chest.