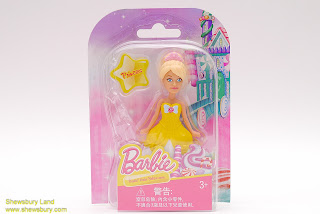 This is one belong to my niece actually but then again, this is a toy blog, so why not right? I guess there is nothing's wrong with the idea of try something new and perhaps overly masculine and different than the usual toys that we get used to...

This US$ 1.00 toys is for those young kids and available at many toys stores or departmental stores. We happened to found this in a supermarket.


This toy is produced by Mattel and if there was one thing Mattel was thought to excel at, it was the power of its girl-centric toys. Barbie, American Girls, and Monster High routinely rank among the most-wanted toys for Christmas among girls. Mattel has largely been seen as the stronger player in the girls market where Hasbro was the leader with boys.

Mattel has its own gaping hole that it's hoping to fill with its partnership with DC Comics, and it is counting on Batman v. Superman movies to build its portfolio but there is also a whole slate of movies where Mattel had some sort of connection like Suicide Squad, Wonder Woman, Justice League, The Flash, Aquaman and Shazam.

Nonetheless, let's just focus on this wonderful US$1.00 Barbie figure instead...

The packaging is more or less like those Hot Wheels type and size so you can guess how big or rather how small is this:

Out of packaging - you will get the figure and simple display base and stand with Barbie's name on it: 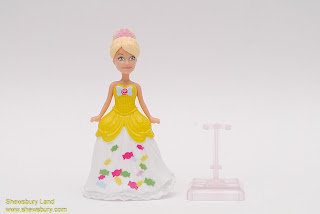 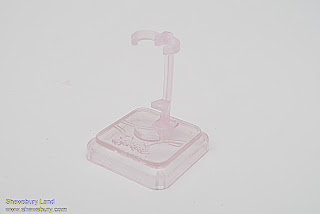 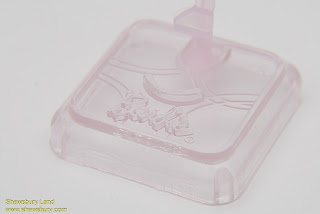 And this is how the set up works, we can now look closely at the Barbie: 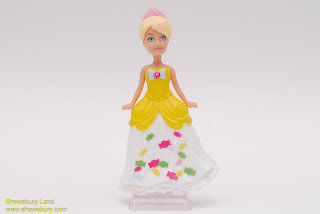 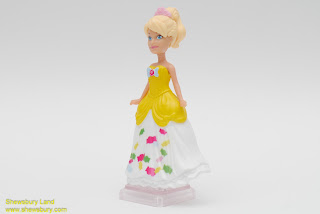 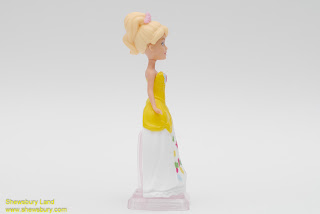 This one thing and probably the only thing that I don't fancy on this figure, the dress only cover the front part while the back look like this: 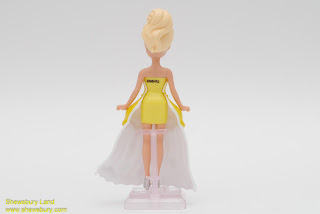 But then again, as I repeatedly mentioned earlier, this is a US$1.00 toys, so I guess we don't have to be too demanding right?


A close up look on the face sculpt of this tiny figure - which I think is quite decent - it's a US$1.00 toys: 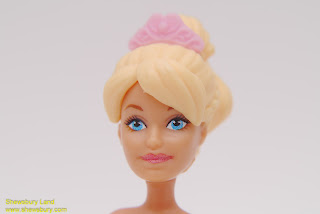 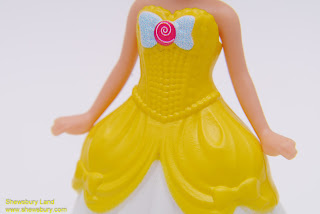 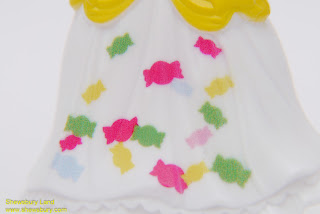 The detailing on the dress is not horrible either... again, decent is the word I would chose for it. 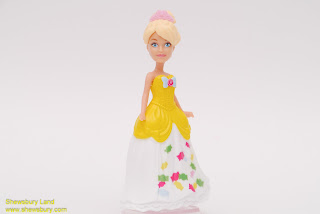 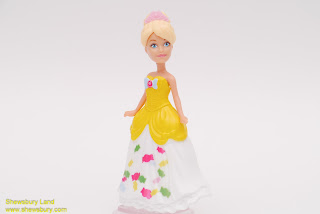 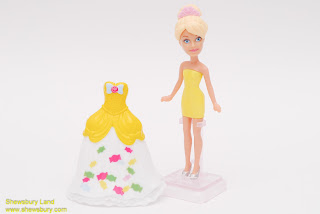 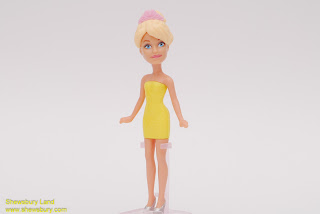 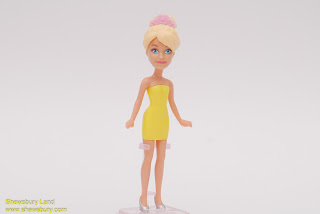 The concept of this toy reminded me of those Disney Princess MagiClip. Let's bring in Snow White to join the fun: 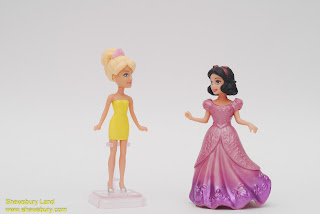 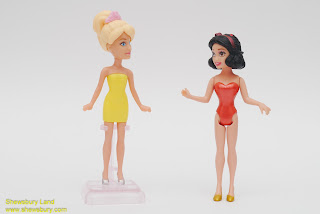 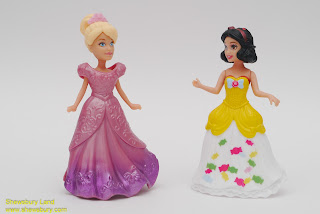 Yes, for fun sake I do dress-swap for both of them and it seems OK but not perfect... then again, who cares right? basically it's almost work - apart from being a little oversized for Barbie LOL: 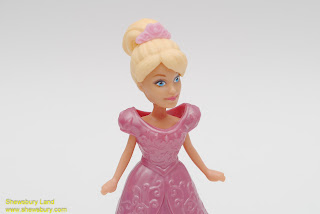 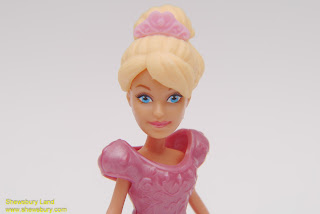 And that Barbie dress on Snow White is kind of a little too small LOL... 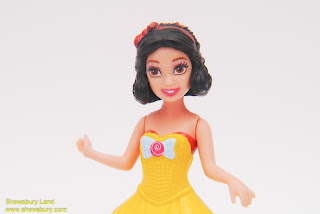 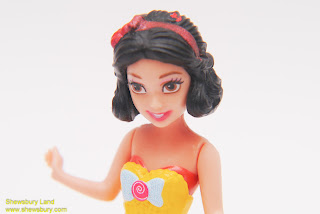 Here there are again, side by side with their own dress: 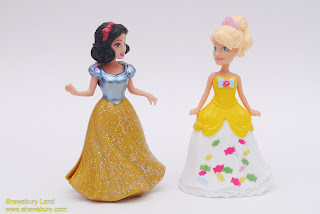 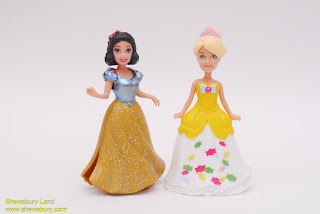 And I guess a little bit of R2D2 would be great too (just for size comparison sake maybe): 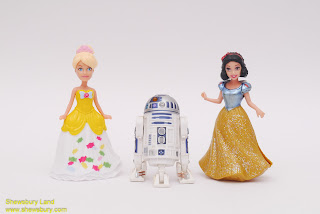 And I guess R2D2 made it clear who it (and I) prefer the most LOL: 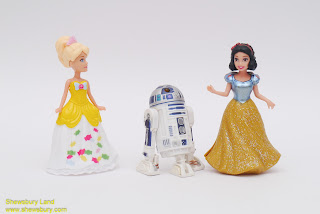 Overall, for a US$1.00 toy, this is quite decent and because it's so cheap, I guess those little girls who love Barbie can bought a plenty of them or at least one each every time they follow their parents for shopping outings. It doesn't cost an arm and leg to buy so I guess most parents won't be to grumpy to get this for their little girls. It's a decent toy and it's decent, I have lost words for it apart from decent!!! LOL LOL LOL...