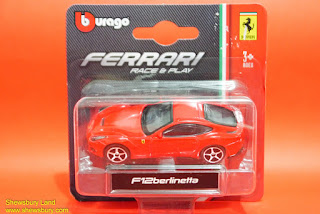 Today we will look at this die cast scale model of this F12berlinetta produced by Bburago, first the packaging: 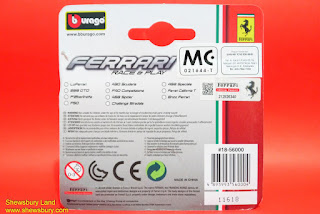 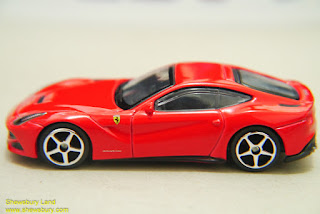 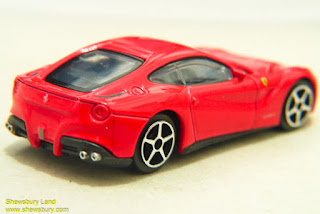 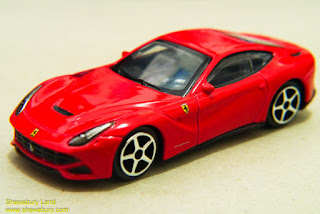 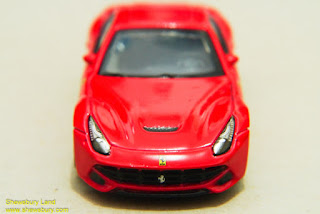 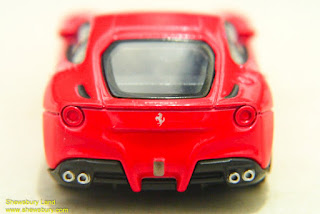 I think  the casting, painting and finishing quality is very good, Bburago did a splendid job on this model. The detailing and the marking are equally good, they didn't forget to include that "Pininfarina" insignia at the side of the car, just like the real car and while the front lights detailing are again created using decal stickers but it looks great and I really appreciate that Bburago put in effort to also painted the exhaust pipe at the rear. The wheel design however is not spectacular but it's still decent and quite typical for models produced by Bburago. 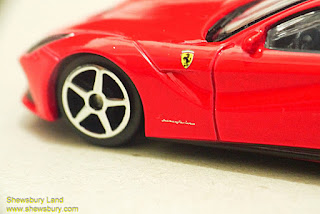 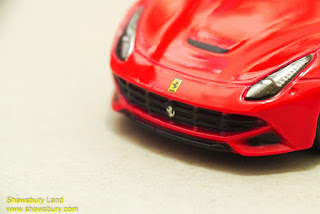 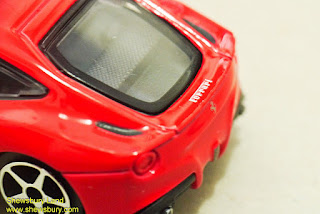 The interior detailing for this scale is good and as always, way much better than Hot Wheels. 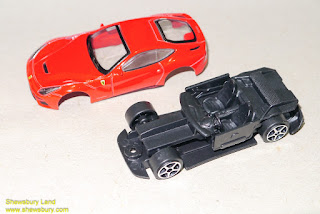 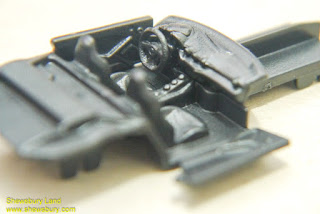 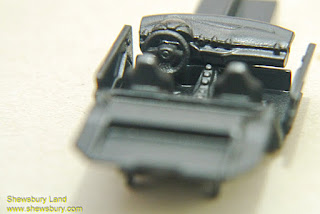 Overall, this is a very good representation of Ferrari F12berlinetta from Bburago and I think that this is one of the best model I ever bought from Bburago at this scale. The casting and the scaling in particular feel so nice and I like it so much. I have 4 models now from Bburago and without doubt this is most my among the 4 of them. 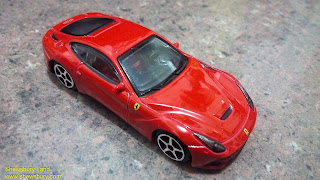 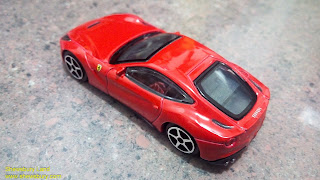 Lastly, the picture of the actual car from Wikipedia: