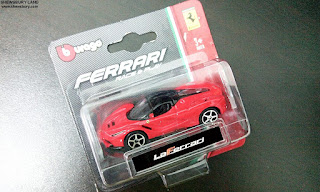 This is a die-cast car model of Ferrari "LaFerrari" at around 1/60 scale produced by Bburago, an Italian model car manufacturer, that was based in Burago di Molgora, Italy, which made mostly diecast cars from 1976 to 2005, and then from 2007 as a brand under the May Cheong (Maisto) Group (of China).

BBurago cars, especially the early 1/24 scale models, are now collectible, and it is thought that the final models issued under the old management will also become similarly prized. Of the early cars, the rarest models are generally considered to be the Lancia Beta sedan introduced under the Martoys name, and the Innocenti Mini 120. The Lamborghini Cheetah 4x4, Renault 4L, Fiat 124 Spyder Abarth, Alfetta GTV and BMW 3.0 CSL "Batmobile" are all also now rare and valuable.

Many years ago in the late 90's, I had 2 units of car model at 1/18 scale made by the original Bburago of Italy and I regretted a lot now that I didn't keep it properly - moving house, lost track of it. It's some sort of European classic car model, I bought it because it was sold at discounted price and feel quite cheap back then.

Anyway, on to the car, LaFerrari, for and English speaking people, I think the name is quite "weird" but not much we can say or do, the Ferrari wants it that way and that's the way it should be.

LaFerrari is a limited production hybrid sports car built by Italian sports car maker Ferrari. The car and its name were officially unveiled at the 2013 Geneva Auto Show. It is based on findings from testing of the Ferrari FXX and on research being conducted by the Millechili Project at the University of Modena. Only 499 units have been built, and each cost more than 1 million US dollars.

Come to think of it, this is my first ever Bburago at this scale. Eventually, they have the Ferrari 458 Specialle in this series and I was looking for that actually but to no avail and though I can see the Ferrari 458 Spider, I got the feeling that it doesn't really feel greater than the Hot Wheels version that I had thus at the end I grabbed the "LaFerrari" since I don't have this model yet anyway, so here it is now.... 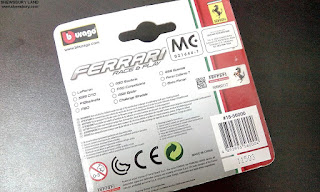 Out of the packaging, LaFerrari as it is: 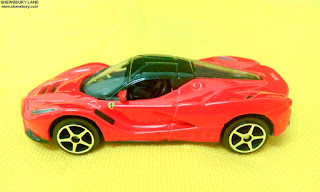 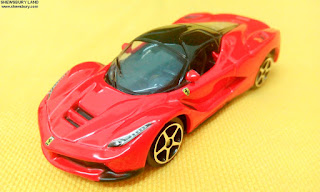 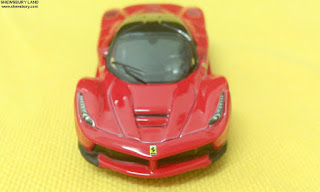 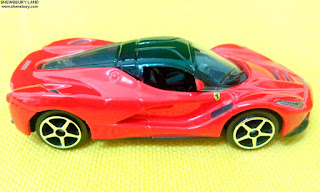 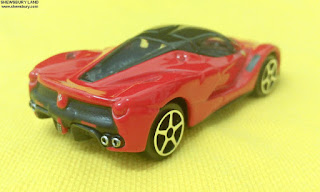 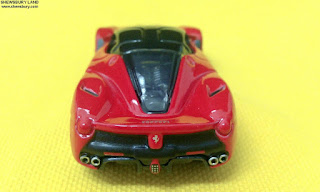 The casting quality is quite good and the painting finishing is equally admirable as well, so far so good. The wheels design is plain simple, I have no problem with that "star" design and more importantly they don't have "small at the front and big at the rear" wheels combination like what Hot Wheels tend to do, both at the front and the rear comes with the same size. The decals and marking is quite good too, we can see all those important Ferrri logo here and there while the external visible part of the exhaust pipe at the rear are nicely painted as well - I'm pretty pleased with it. 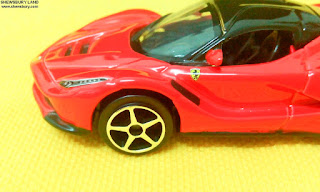 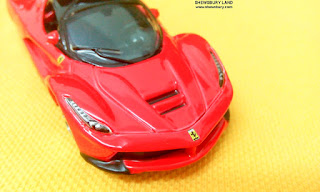 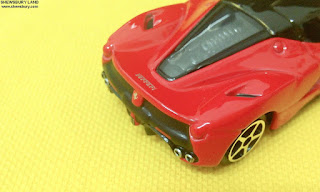 Underneath the chasis.... well, this is how it looks like, nothing special there, similar to Hot Wheels, Tomica or Aoshima - not much to expect there, a simple as it should be but as a bonus, this one comes with screw and thus it's easier for us to see the inside part of the car; 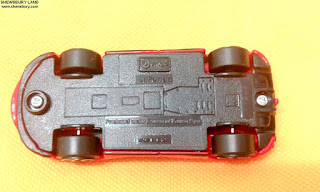 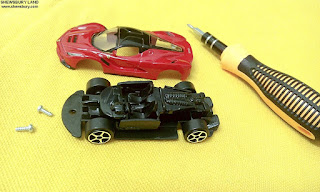 Well, this is it the interior of the car; 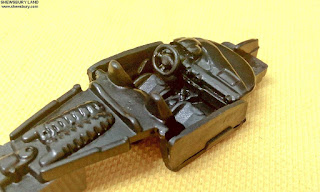 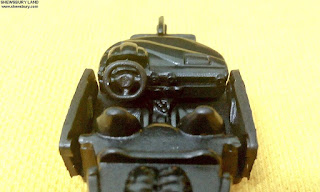 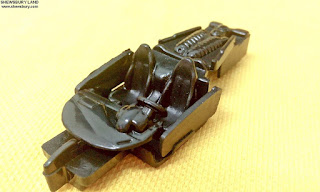 Overall, I think this is a very good representation of LaFerrari at this scale and price range, can't get any better than this perhaps. The casting quality, painting finishing, detailing, decals and markings are at the top notch (at least for this scale). I'm happy to have new Ferrari into my collections and I hope someday I could get the Ferrari 458 Specialle from this series. For now, well done to Bburago, everything about this model at this scale is good and I am very happy with it. 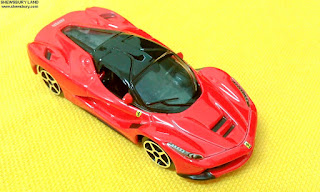 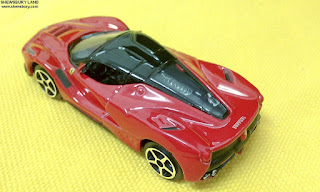 LaFerrari and his other friends at Shewsbury Land; 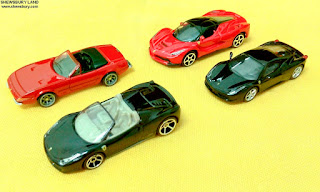 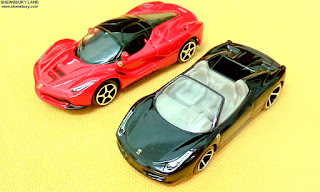 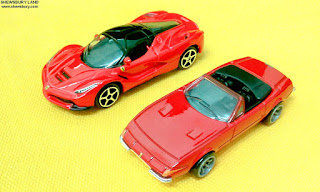 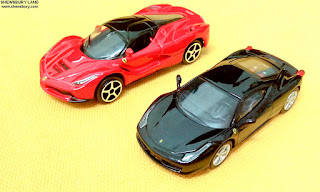 LaFerrari with the Lamborghinis: 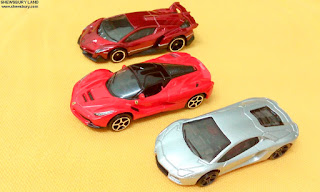 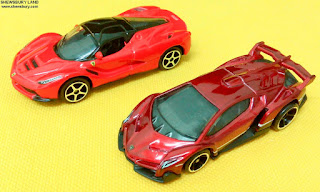 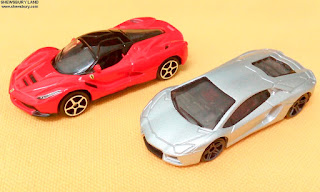