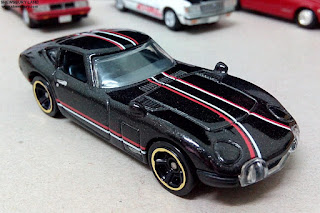 This is Toyota 2000GT, about 3 years ago I had similar model from Tomica/Takara Tomy, some sort of a limited edition thingy for the Dragon Year 2012 and what we have here today is exactly the same car produced by Hot Wheels. 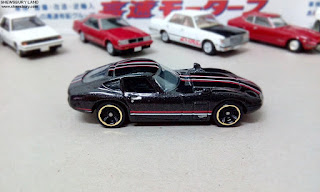 Toyota 2000GT is a rare iconic Japanese sports car produced by Toyota and probably even till today it is still one of the best sports car ever produced by Toyota. Not many living human being are able to drive this car and most of them including me can only praising the car and "owned" the toy version of it.

Believed to be the resemblance of the then classic Jaguar E Type, not many would argue about it perhaps but even so many agrees that this is one cool car from Toyota, so good that they used it in one of those James Bond's movie around that particular period. 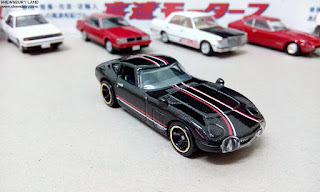 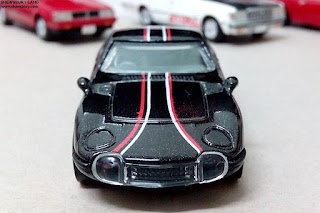 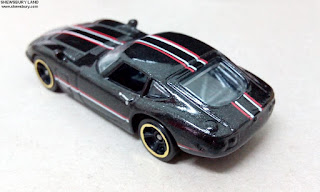 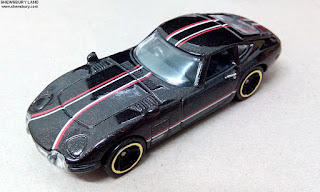 As a die-cast scale model, I guess Hot Wheels did a decent job on this one, it's easy for me to like this car on first sight, which is why I bought it. My only complain is nothing else but the lack of brake/rear lights detailing or coloring but I guess it's a norm for Hot Wheels, they just don't care and that's about it, you either take it or moan about it and screw yourself LOL.... 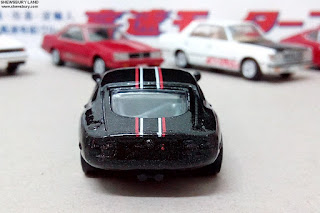 As for the interior detailing, thankfully though Hot Wheels maintained the Japanese origin of this car, we got the right hand steering wheel - typical British/Japanese style. This is the typical 1/64 scale model (or there about) so we can't really have a perfect interior detailing so what we get is as good as it get at the usual normal retail price of Hot Wheels. 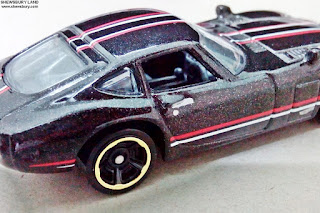 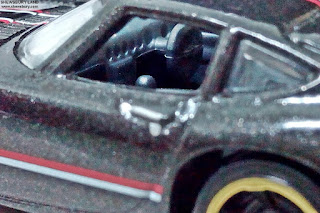 Overall, this is a decent Toyota 2000GT from Hot Wheels, though I personally dislike that black color - red or yellow or white or blue would be great for me but the "racing stripes" made this car looks a little more feminine than it should be and I guess I like that a lot... LOL - anyway, if compared to those models produced by Tomica/Takara Tomy, at least on this one Hot Wheels added that "side mirror" - a very simple but subtle "extras" that made this supposedly normal looking car become more decent to look at...