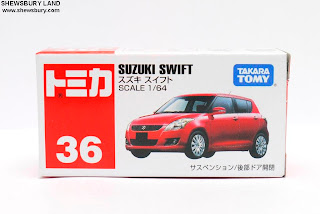 The Suzuki Swift is a subcompact car produced by Suzuki in Japan since 2000 and so far it proved to be quite a popular car amongst the hatchback enthusiast and locally I see a lot of this car on the road on daily basis.

If I were to buy a hatchback or mini car, Suzuki Swift must be in my top 5 shopping list. Anyway, I can't afford to buy any real car at the moment but at least I could managed with this 1/64 scale die cast model produced by Tomica of Takara Tomy. 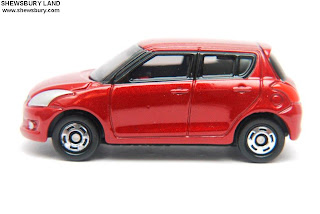 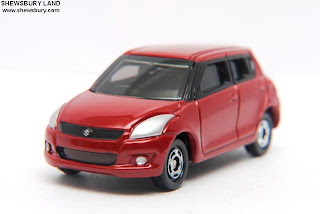 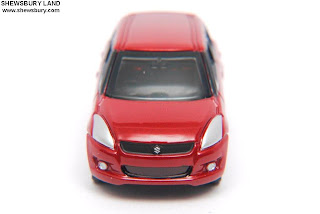 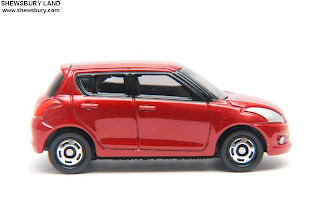 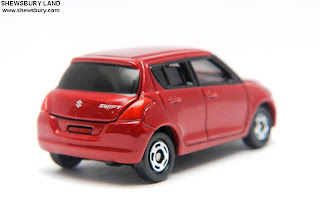 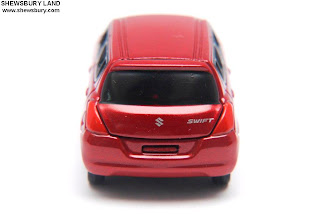 The casting and painting finishing is very good, exactly what we could expect from Tomica though the exterior detailing can be improved. 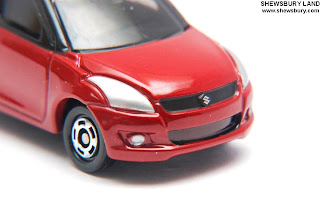 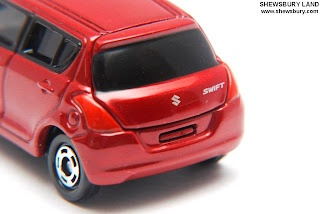 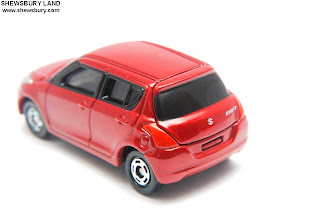 Apart from the usual "suspension" gimmick, the other feature is this openable rear door - and there is no openable front door, which is quite standard from Tomica for this kind of mini car. 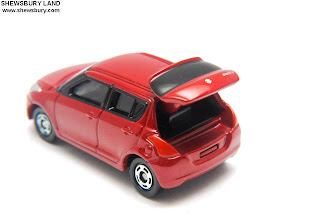 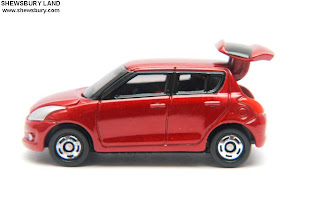 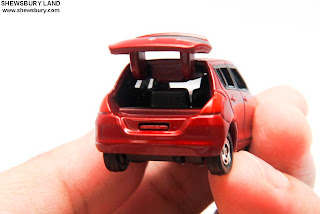 Overall, this is somehow a still good representation of Suzuki Swift in 1/64 scale by Tomica. I love the quality of the painting finishing and no matter how simple this car looks as a scale model, it is somehow still quite a cute likeable car. 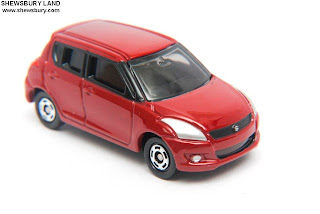 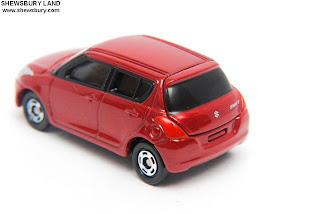