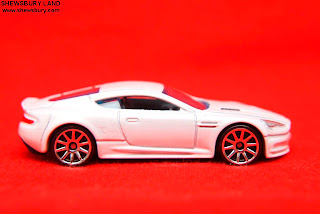 I don't normally buy "super car" in 1/64 scale (or anything around that scale) because usually they are always gone way much earlier and another reason is I prefer to buy the so called "normal cars" that is affordable for "most people". However, recently I was a bit lucky to suddenly found a few Aston Martin DBS and a Pagani Huayra thus, I grabbed them.

The new DBS is based on the DB9, more specifically the DBR9 race car. Built on the VH Platform the car shares its roof, side screens and wheelbase with the DB9, but sits lower (by 25 mm) and wider (by 40 mm) than the DB9. Visually, the front end is dominated by air scoops and cooling ducts which help cool the six-litre V12 engine which has reportedly been uprated to produce 510 bhp and a top speed of 191 mph (307 km/h).

The rear is equipped with a carbon fibre diffuser and an integrated rear lip spoiler. Other details include a six-speed manual transmission and a removable stopwatch. A special helmet pod behind the driver's seat is present for Casino Royale but will not feature in the production version. The Aston Martin DBS also features an optional Bang & Olufsen sound system with 13 active loudspeakers including two tweeters with ALT (Acoustic Lens Technology).


Then again, with the average hefty price tag of over USD 150,000 and probably near USD 200,000.00 - not many average Joe and plain Jane can afford such luxury - this is certainly not for the small potatoes.

Anyway, poor people like us can somehow still "owned" this car - through the die cast scale model offered by brands like Hot Wheels and probably by some others out there. 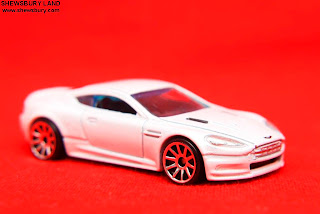 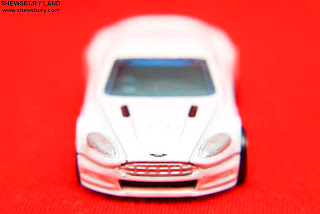 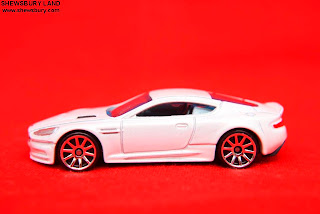 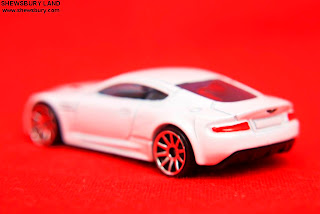 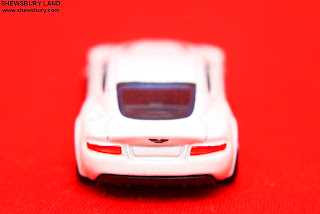 The casting is quite decent but the painting finishing quality is not that great, the usual we could expect from Hot Wheels at this price point. 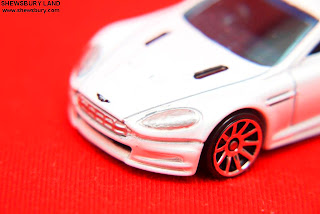 This one comes with right hand steering wheel - the original British style; 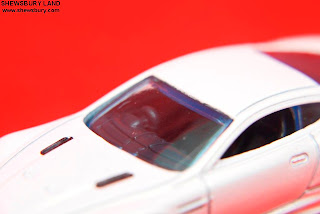 Thankfully though, the wheels are quite brilliant, I like it a lot; 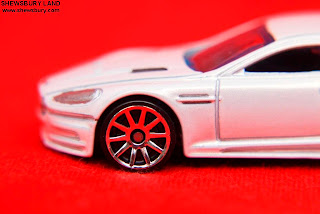 Overall, not much bling to extravagant to expect from this one but at least we now have our own Aston Martin DBS. I personally feel that if Tomica of Takara Tomy produce this model, they can improve the painting finishing a whole lot better. As for the real car, I think Aston Martin DBS is quite brilliant as a sport car and surely if I can afford it, I don't mind to get one - too bad I can't LOL LOL LOL.... 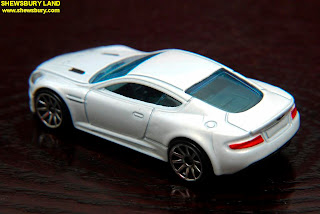 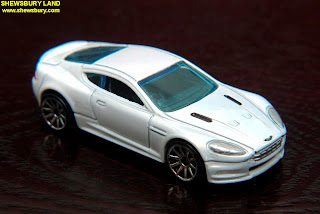