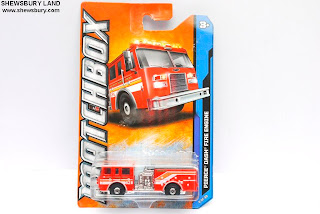 This is a die-cast scale model of Pierce Dash Fire Engine Truck produced by Matchbox. Despite having lots of sports and salon/sedan cars in my collections, I actually also like some of the trucks though I'm quite selective in what I bought and thus so far I don't have many trucks yet in my collections but so far I'm happy with what I got, I'm sure some other have better numbers than mine and some don't even have half of what I got, so I should be thankful a lot to God with all the blessings that I received in my whole life so far.

So talking about lorry and/or trucks - "fire engine trucks" is one of those "category" where they are plenty of fans and loyal collectors around the globe and then there is another of "builders or construction vehicles and machinery" and there is also the "ambulances", "police cars", "airport related vehicles" and the list goes on and on - sports/sedan/salon car category is obviously the biggest "category" of them all. Each of these sections have their own fans - which is why from time to time we will see die cast scale model from such various categories produced by toy manufactures like Mattel/Hot Wheels, Matchbox, Takara Tomy/Tomica etc.

So this is now my first ever "fire engine truck", it is a miniature scale model of "Pierce Dash Fire Engine Truck" in real life which I believe widely available in the North American market.

You can read more about the actual manufacturer from the link below;

Anyway, for now, let's have a look at this "Dash"; 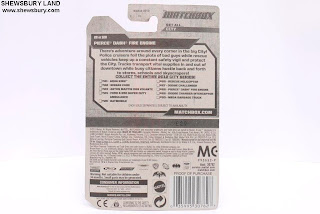 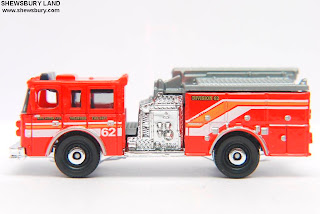 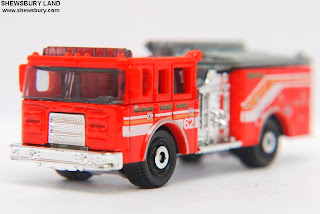 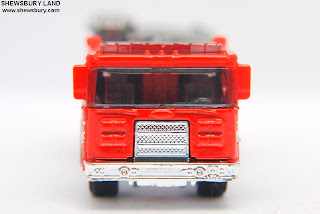 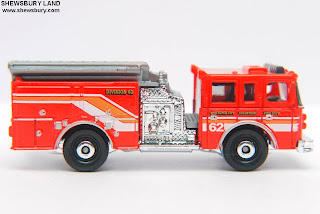 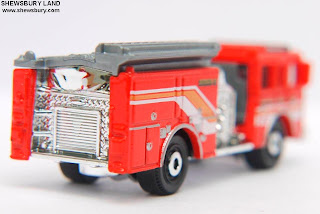 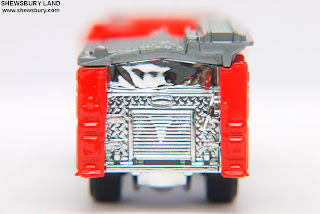 I think the casting is very good and the paint job deserve equal praise as well. The exterior detailing of this "Dash" at this scale and price point is very good. 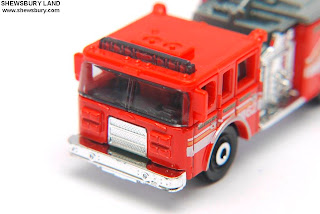 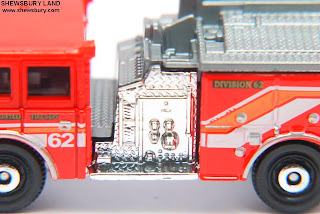 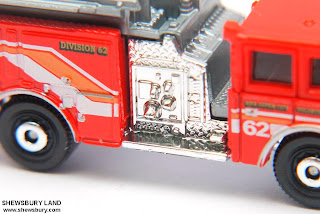 This "Dash" also have the side mirror which I personally consider a great bonus and I like it a lot; 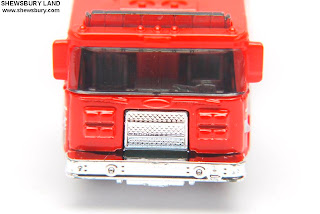 On the rear part, there is no gimmick/feature what so ever but then again the detailing is so good and thus I don't mind so much about those gimmick/feature. Sometime they will give you those moveable platform or expandable ladder something like that - Tomica of Takara Tomy are pretty generous in giving such gimmick/feature on their Japanese trucks. Then again, this one is so good and I think it's OK. 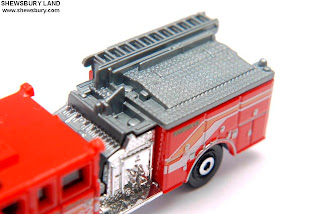 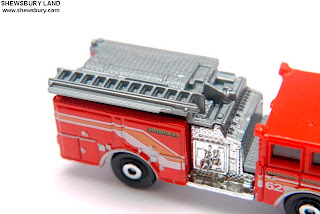 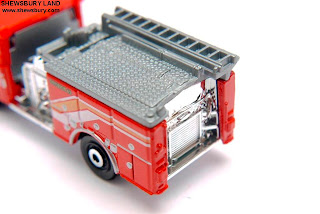 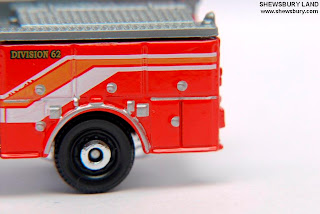 Below is the picture of the real vehicle, I think Matchbox did a great job in "replicating" the "Dash" at this scale; 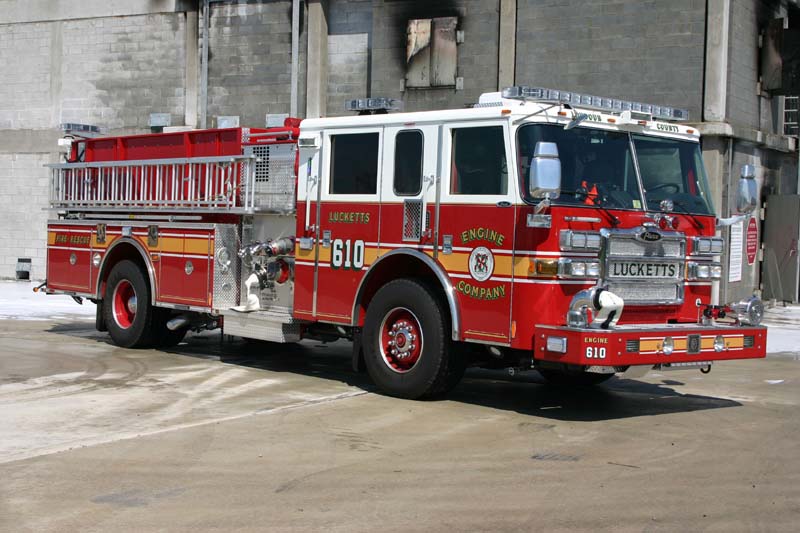 Picture taken from = http://flameroad.com/Pierce/Pierce-Dash.html#.UdZ1dazzNTI
Note: I do not claim any rights on the above picture. All the rights and credits belong to the copyright owner.

Overall, this is a very good die cast scale model of the "Dash". The casting, painting finishing and the detailing are very good and I think Matchbox deserve all the praise and credits on this one. I'm not really and expert about "fire engine truck" but all I can say is that this is a one beautiful "Dash" and the red color is just fantastic. 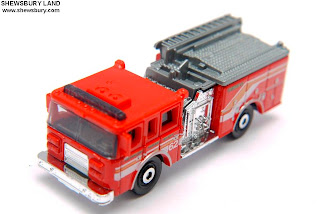 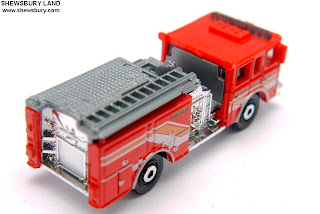