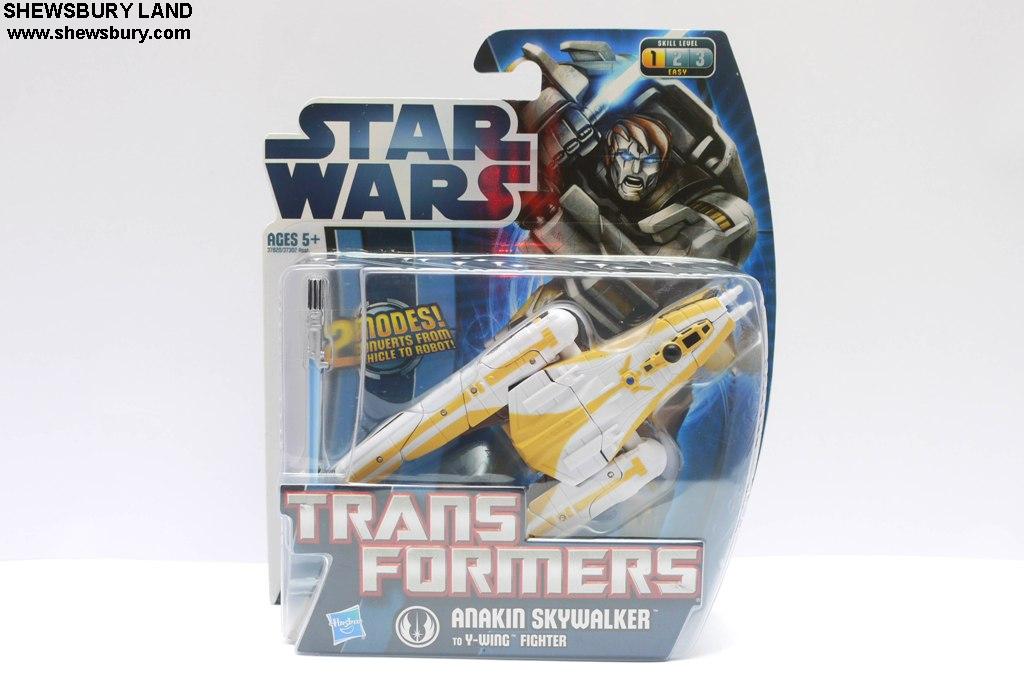 This is another Star Wars Transformers cross over toys produced by Hasbro and this time around I grabbed the "Anakin Skywalker as Y-Wing Fighter". The main obvious reason for me to grab this is of course the cheap price of SGD 5.00 (about USD 4.00 / EUR 3.00 / 388 Yen) and other than that is maybe because from what I can see (from the picture on the packaging), the robot mode of this model is slightly better than the "Anakin Skywalker as Jedi Star Fighter" 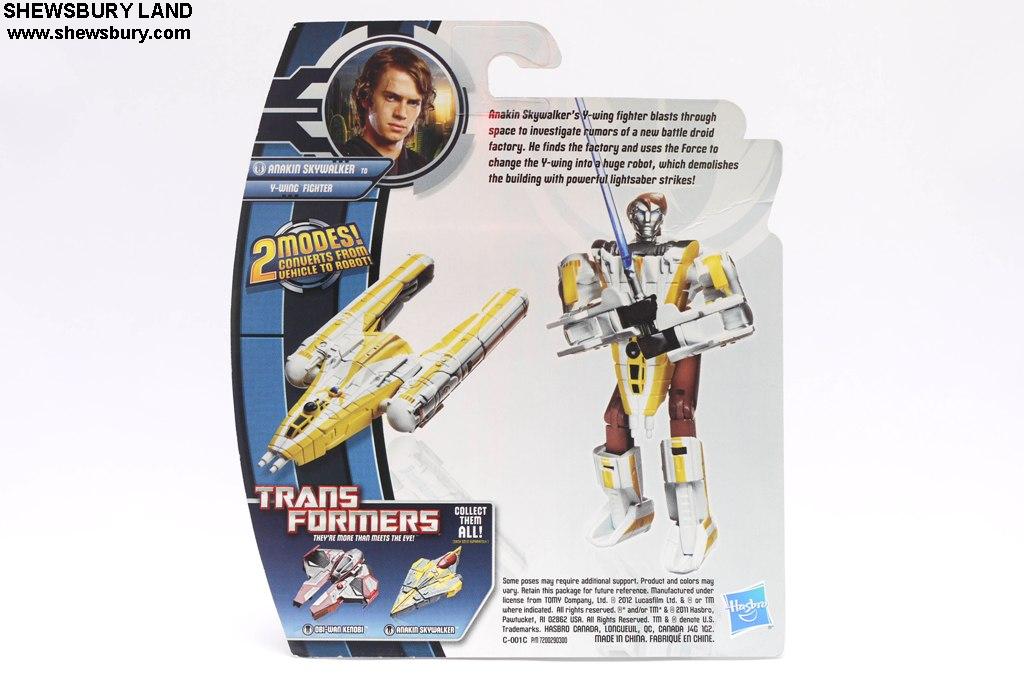 Out of the packaging you will get the "Y-Wing Fighter" and a light saber; 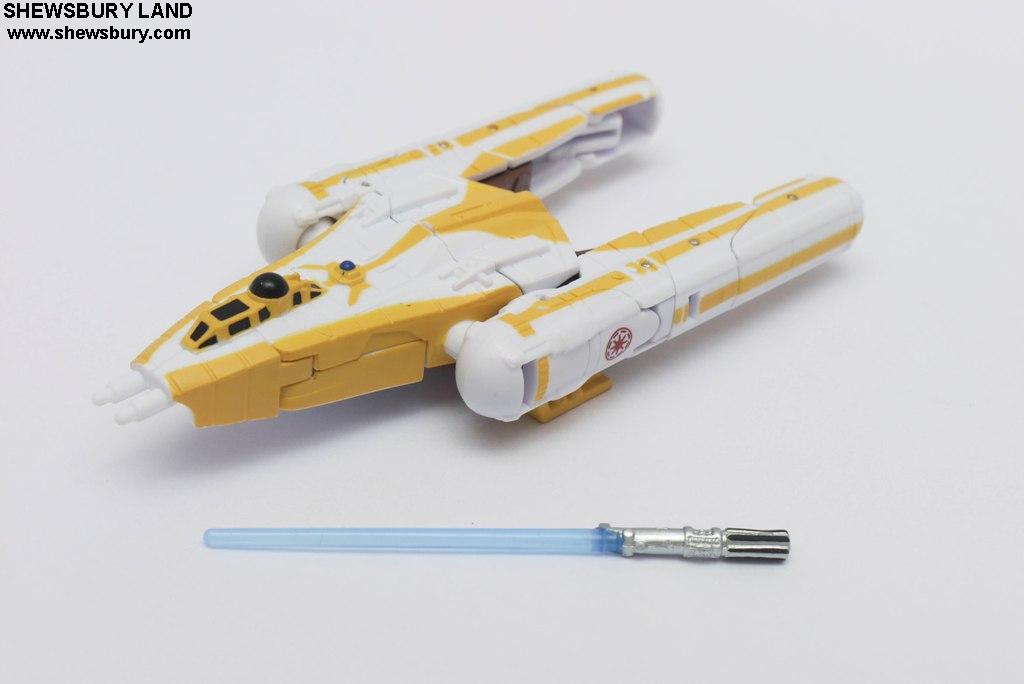 Let's have a look at the "Y-Wing Fighter"; 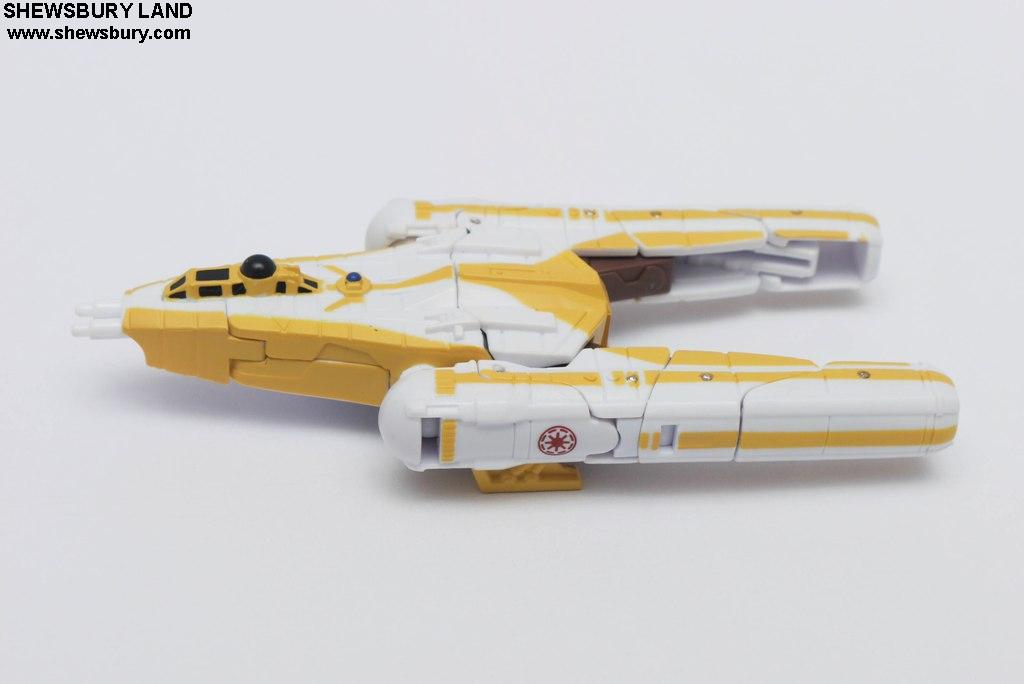 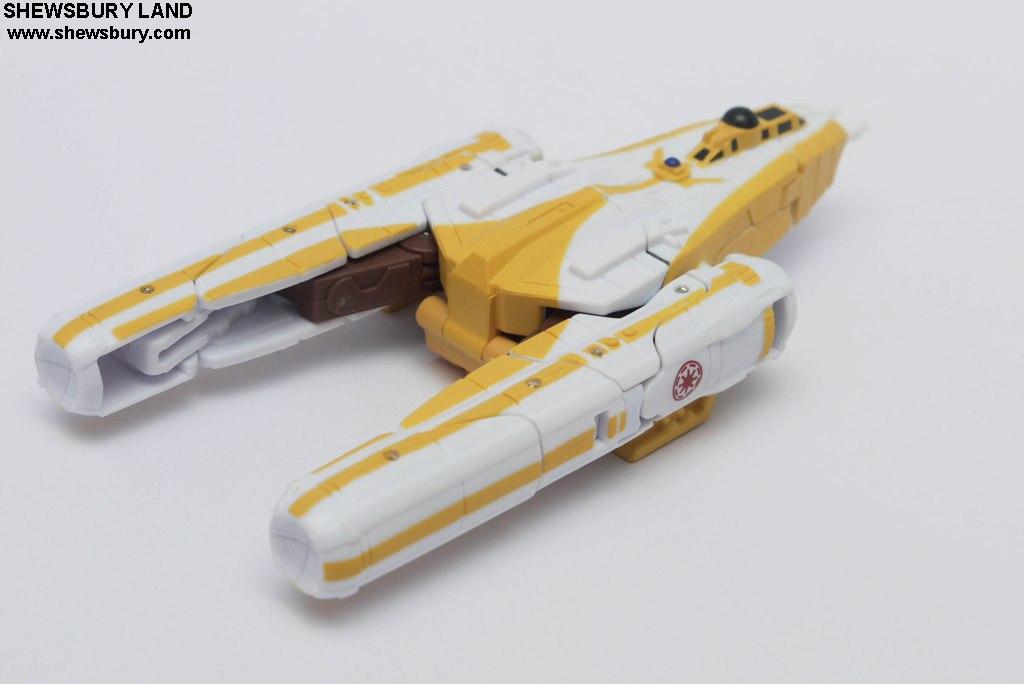 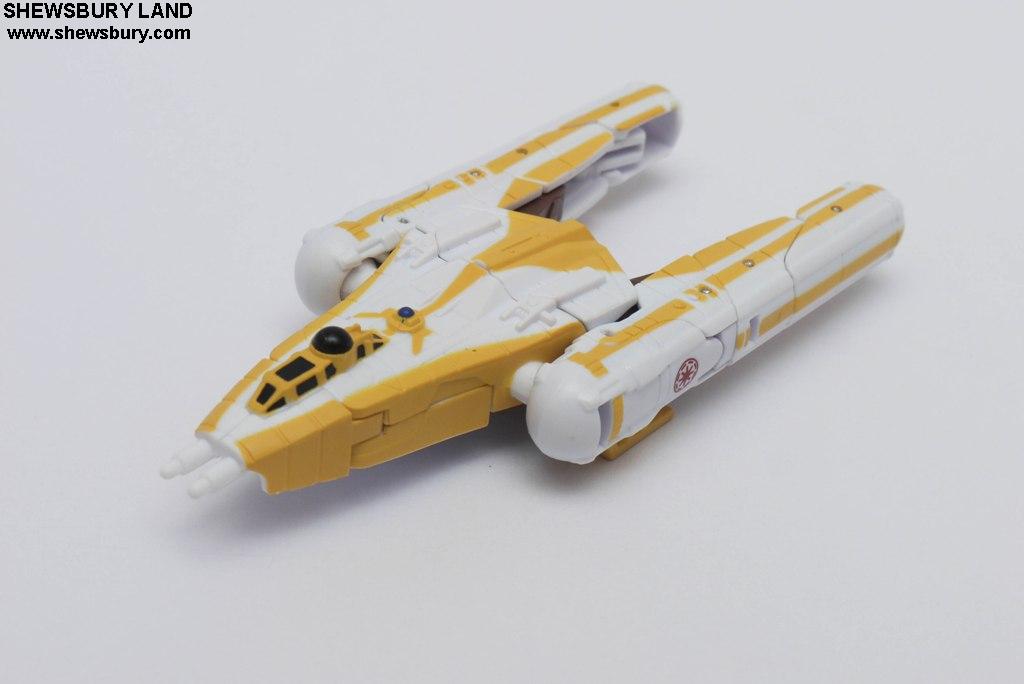 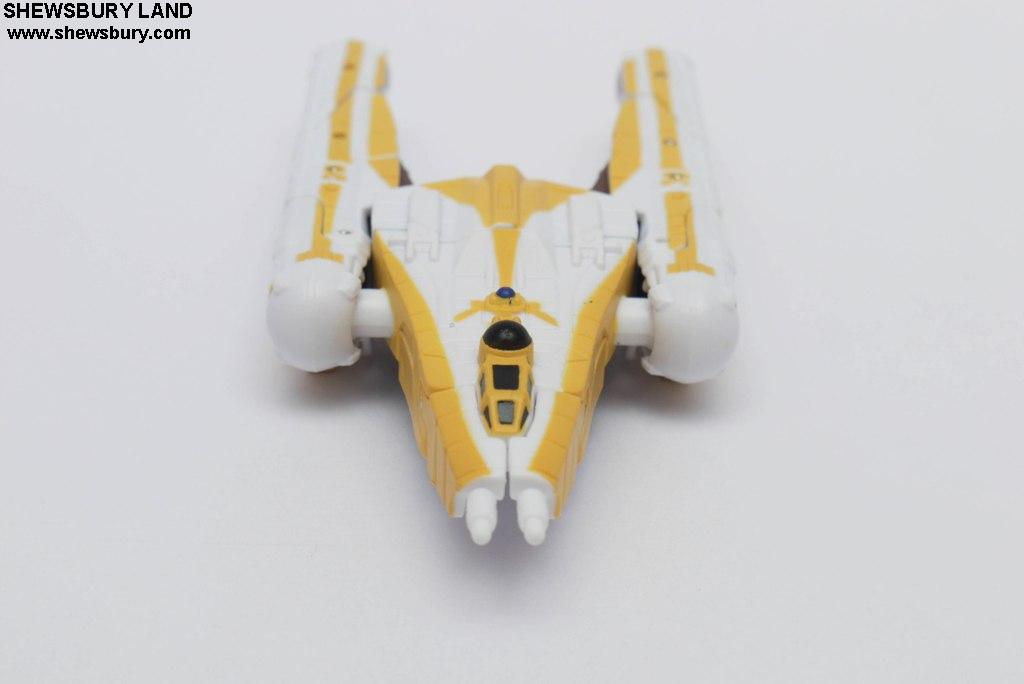 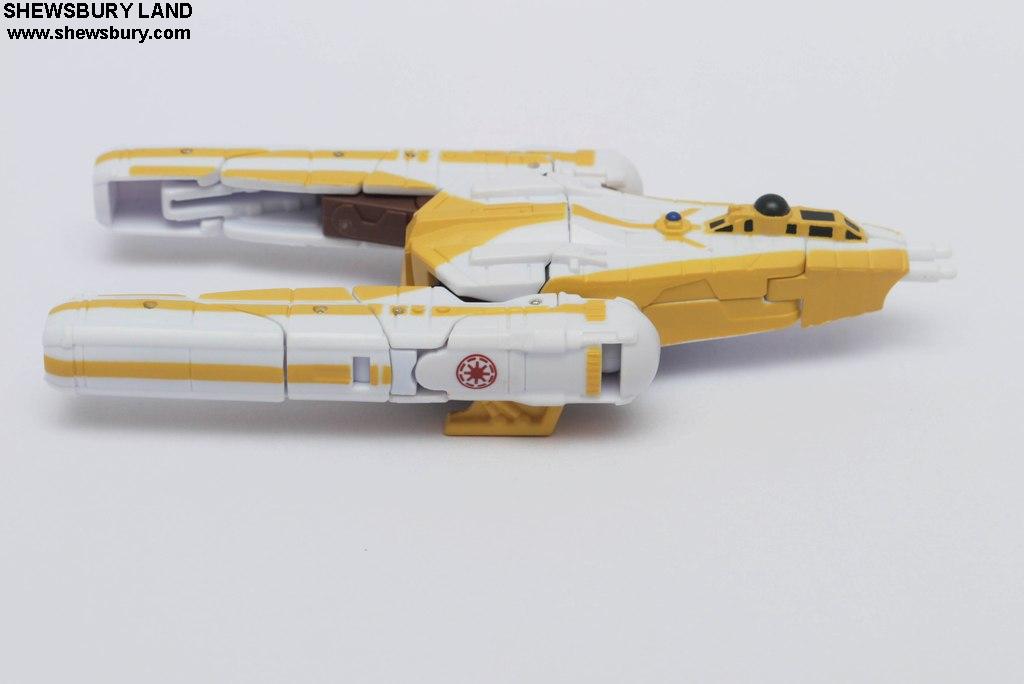 The detailing and and painting job is very good for such a cheap item; 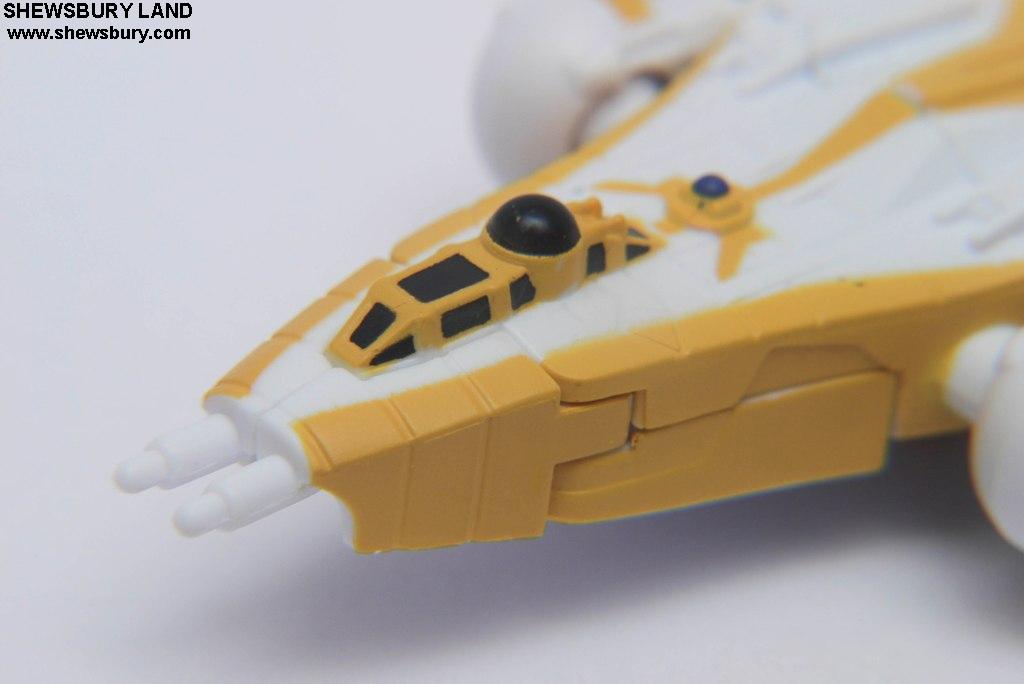 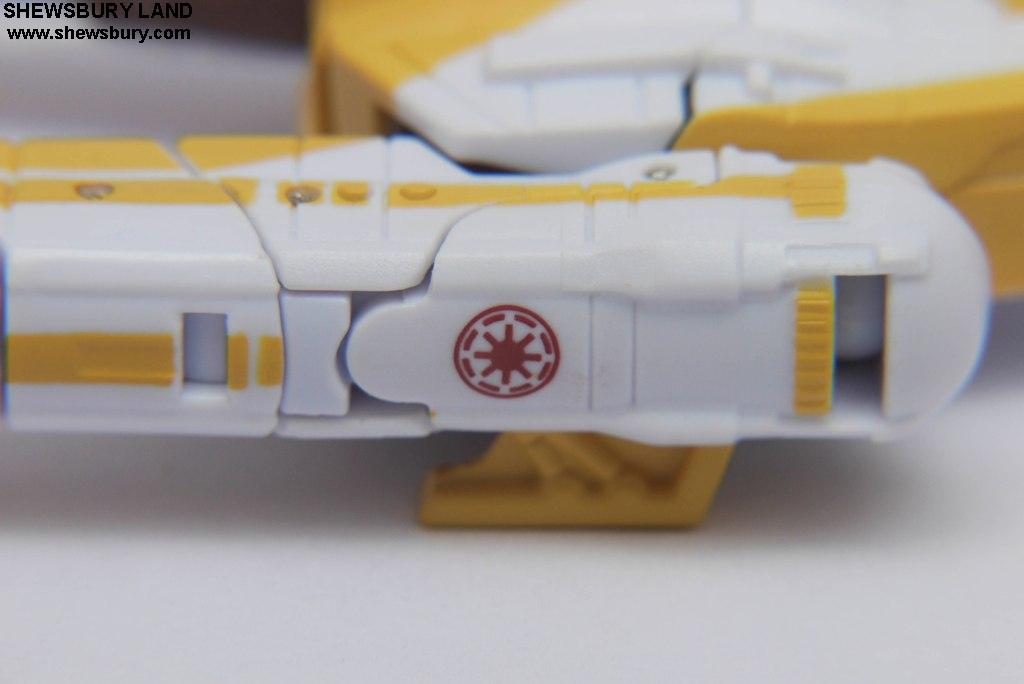 Features includes the landing stand on the front and also the entrance stairs at the back; 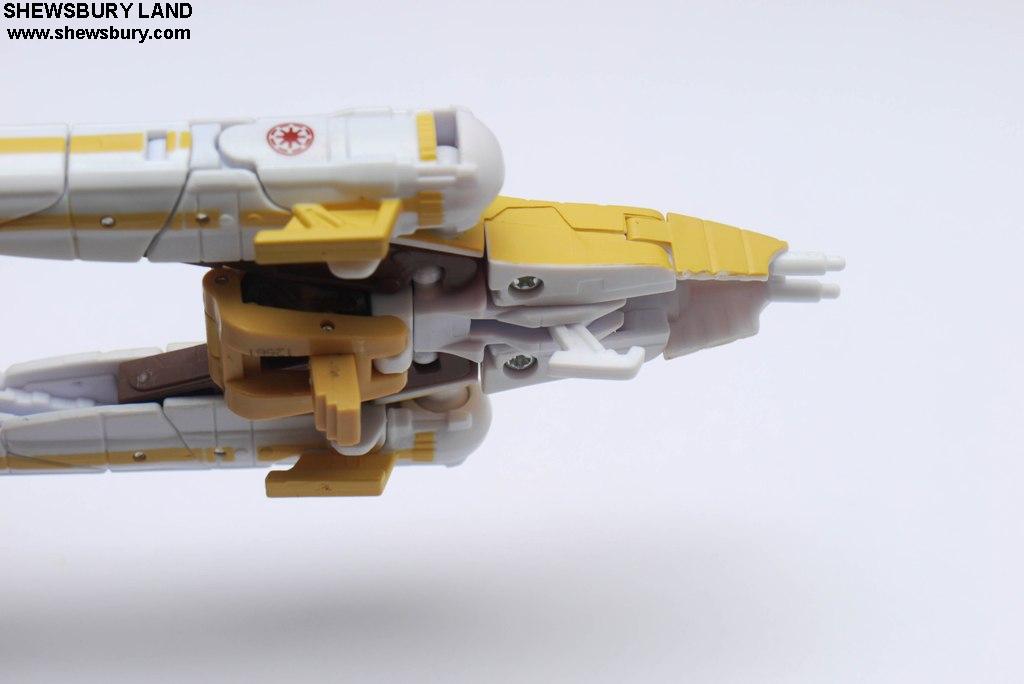 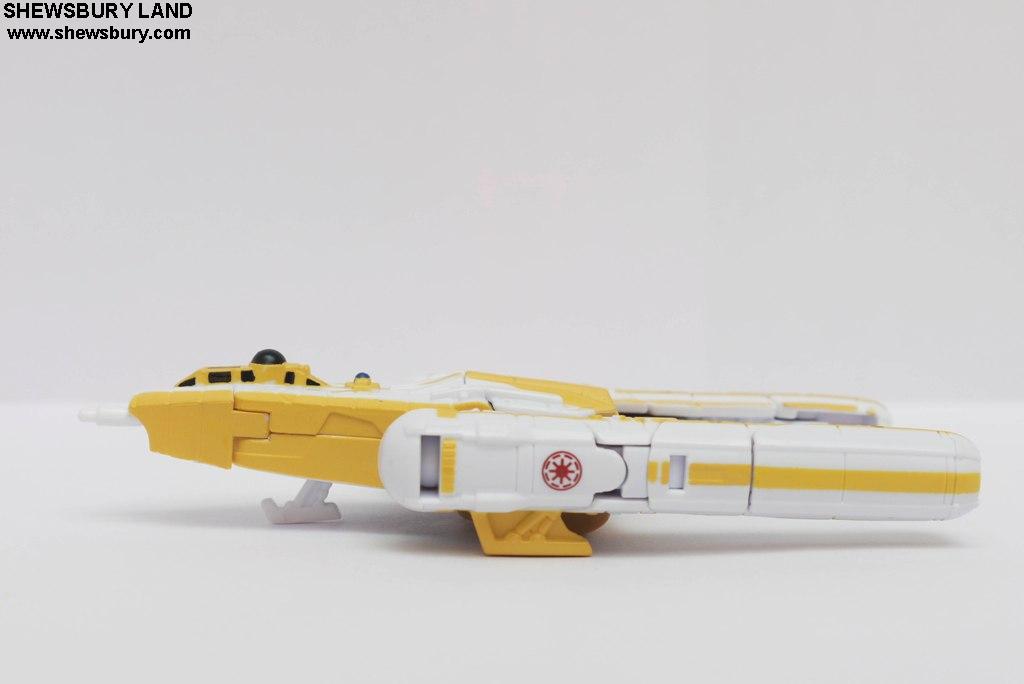 And now the robot mode; 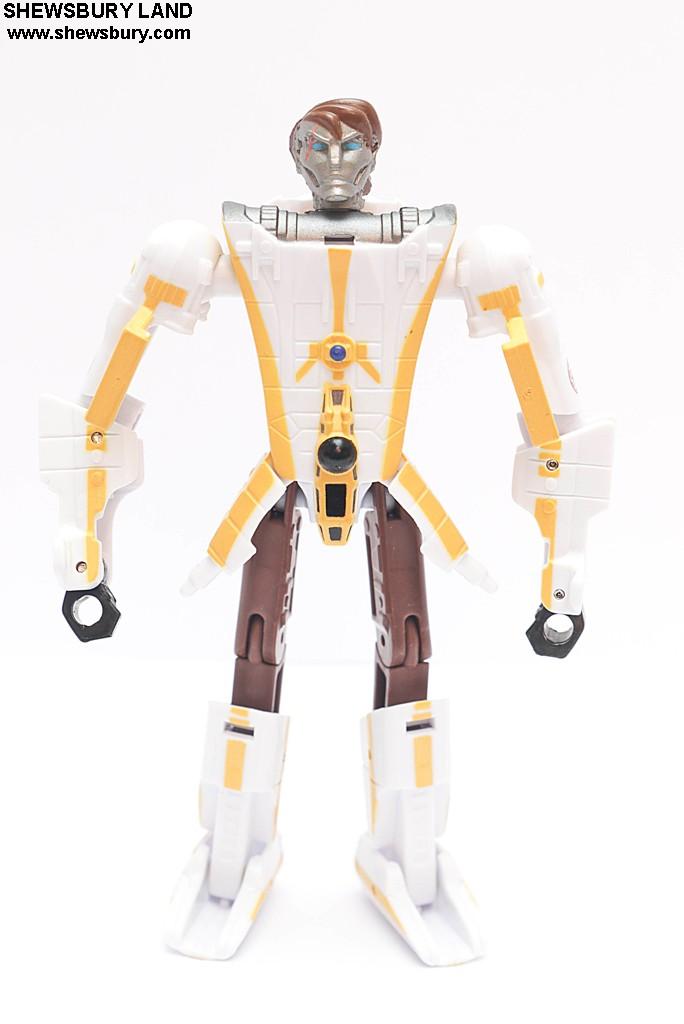 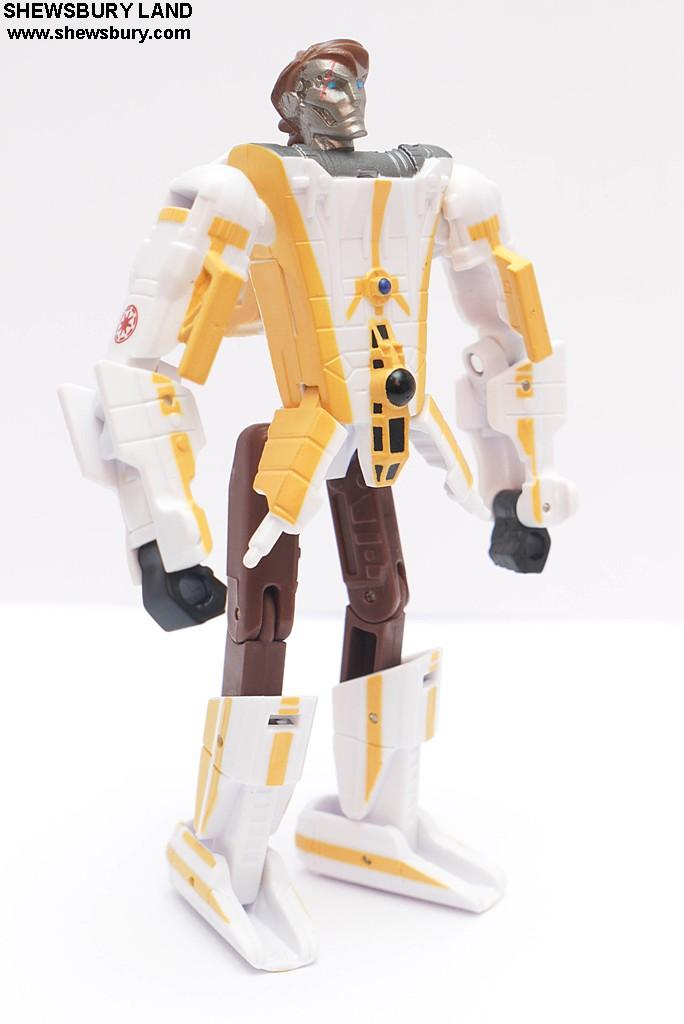 Articulation is not great but it's there and at this price level we can't hope for much. Anyway I'm still happy with what I get. 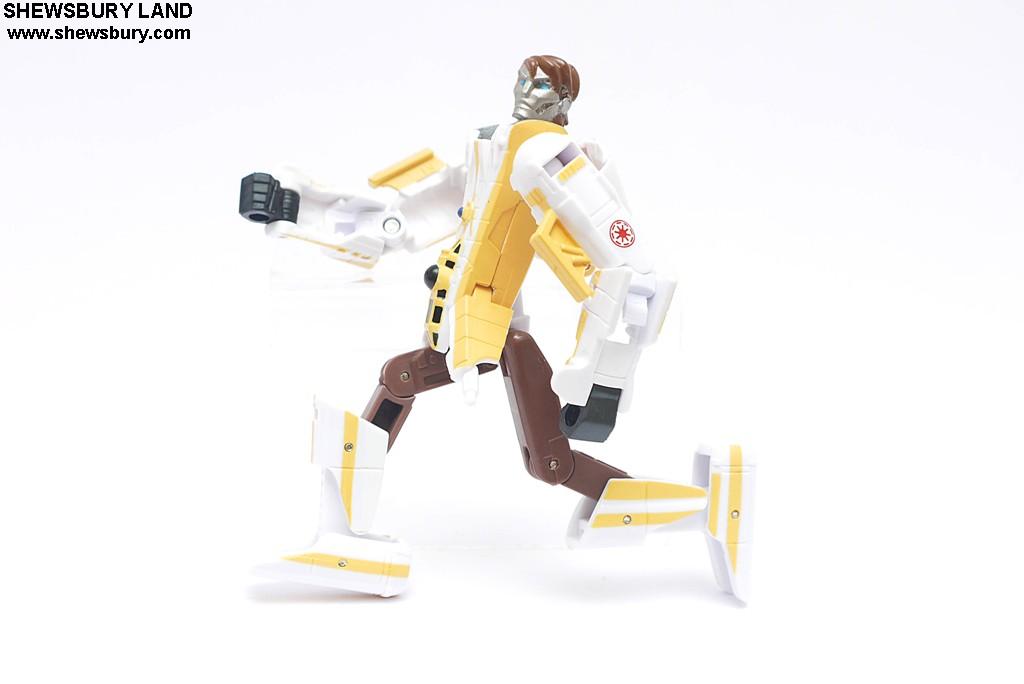 Some pose with the light saber; 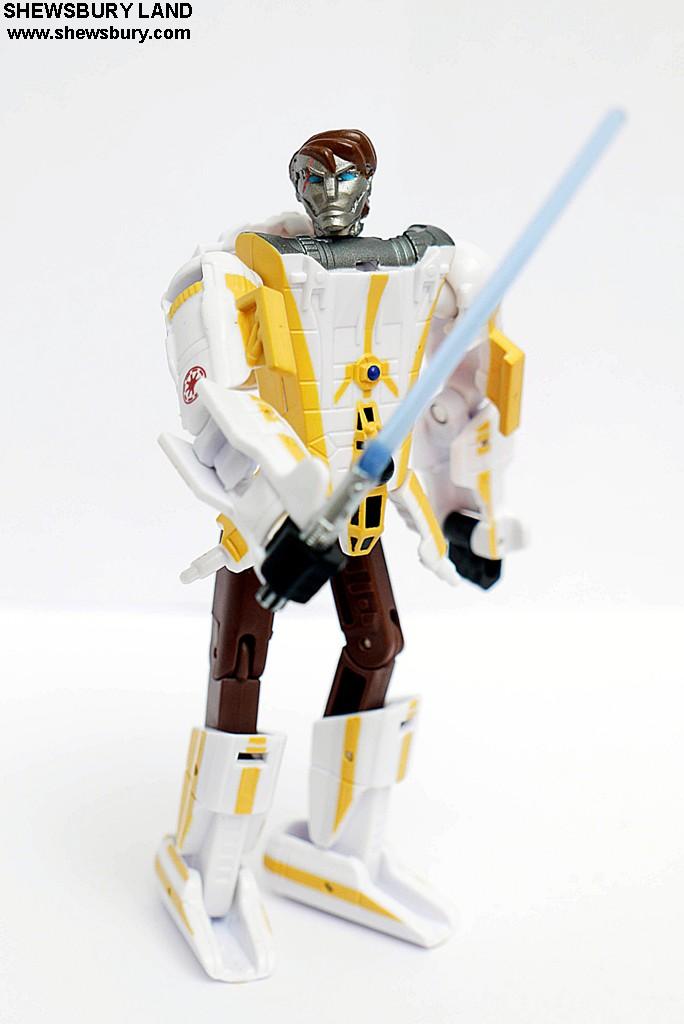 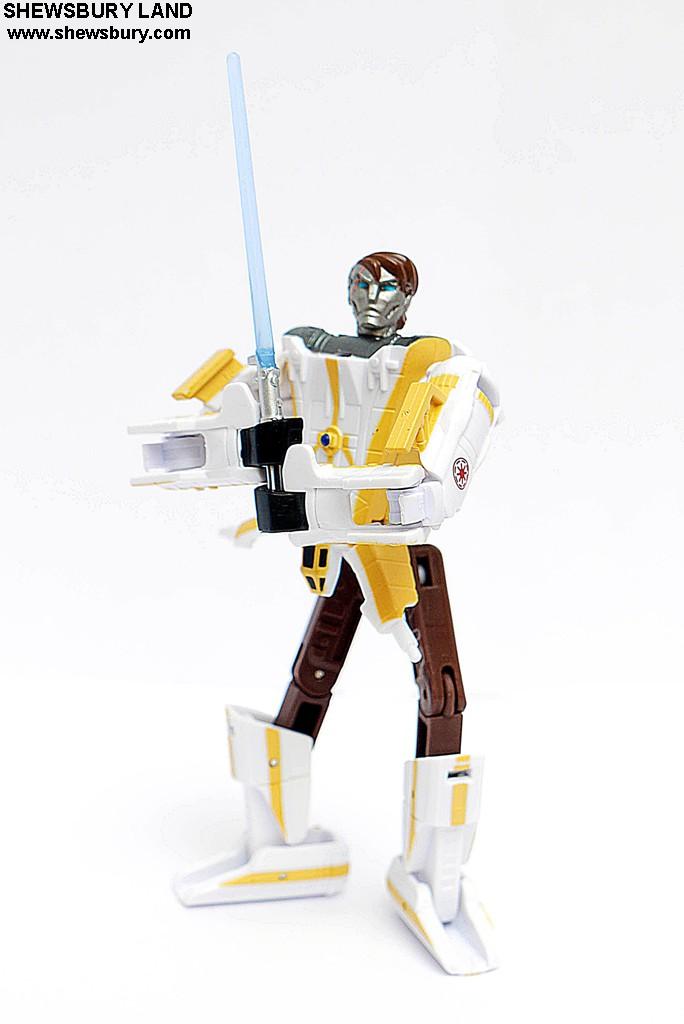 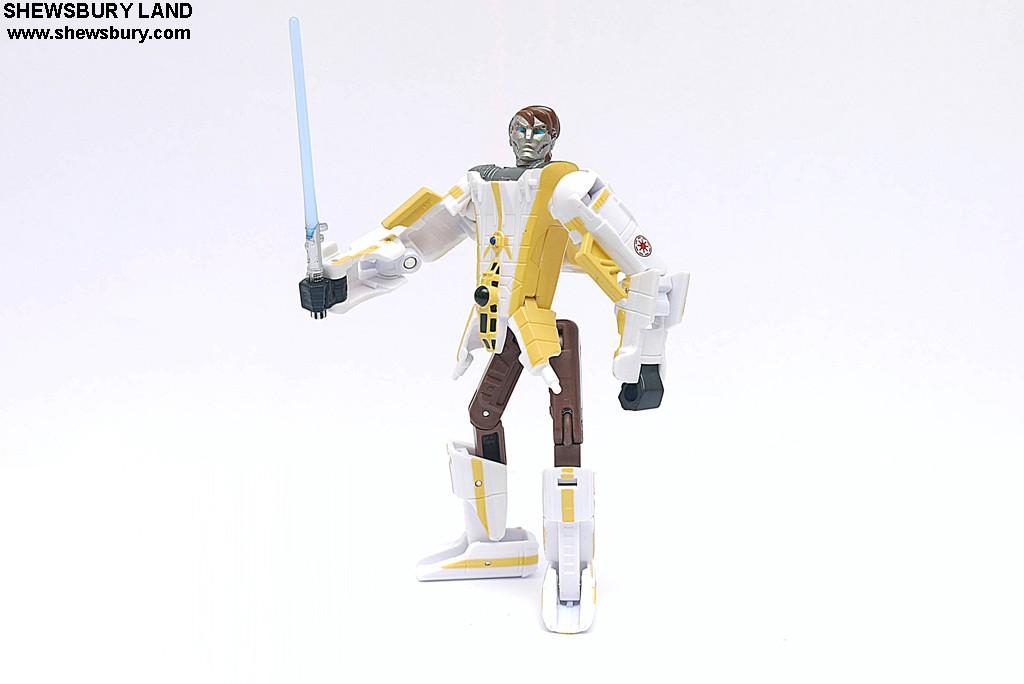 I can redo the "Battle at Mustaffar" LOL; 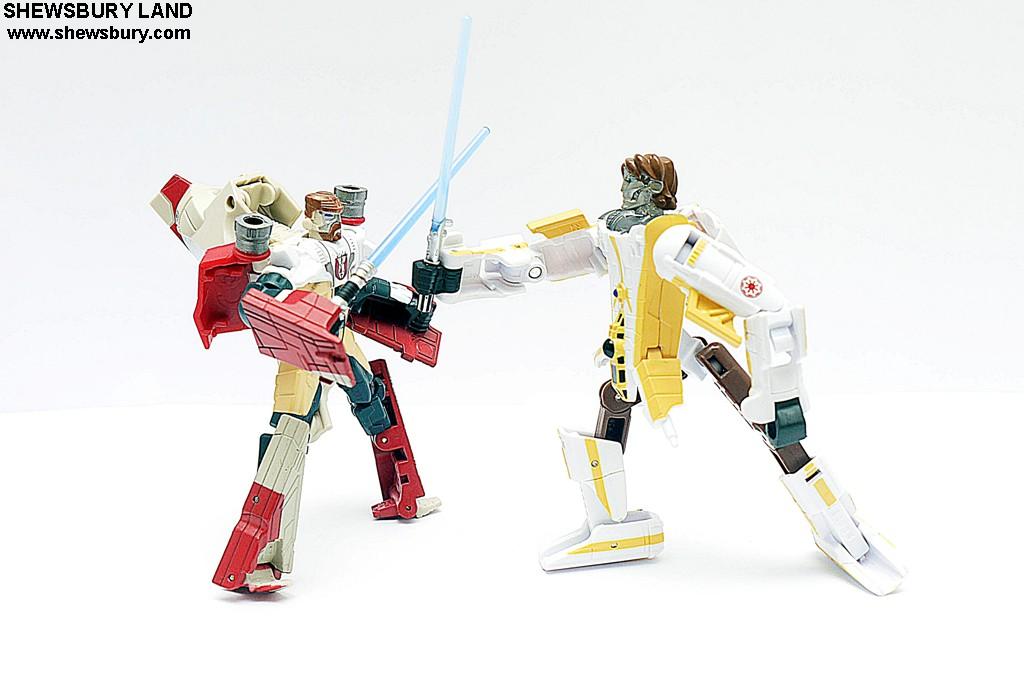 
Overall, this is a decent cross over toys of Star Wars in "Transformers" mode. I don't really fancy the "Y-Wing Fighter" though that doesn't change the fact that it is nicely finished but I actually prefer the robot mode more for this one. The robot mode is not at all super fantastic or anything like that but I think somehow it is far better if compared to the "Anakin Sywalker Jedi Star Fighter" robot mode. I tend to believed that Star Wars fans are the main target audience for this toy series from Hasbro though I'm not surprise either if there are some curious Transformers fans who might buy this especially if they are available at such a cheap price. Younger kids who just love toys would certainly be happy with this, that I know for sure.