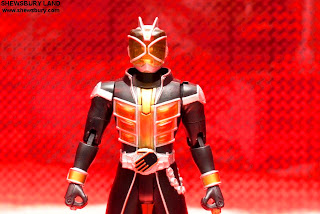 This is an action figure of Kamen Rider Wizard - WAP!04 Land Style produced by Bandai.


Land Style (ランドスタイル Rando Sutairu) is Kamen Rider Wizard's square yellow topaz-based form, acquiring magical control over earth through the use of the Land Ring. Land Style is the strongest of the four Styles, showing an increase in punching and kicking powers, but as a drawback it shows a decrease in jumping height and a slow running speed. Nonetheless, Land Style is better suited for battling strength-oriented Phantoms. By using the Kick Strike and Drill Rings together, Kamen Rider Wizard can perform a drill-kick variation of Strike Wizard called the Drill Strike Wizard (ドリルストライクウィザード Doriru Sutoraiku Wizādo). When Kamen Rider Wizard changes into this Style, the Wizardriver rhythmically chants a combination of Do (土?, "Earth") and Don (ドン?).[Note 1] The magic circle formed by the Land Ring typically travels upward across his body from the ground though alternatively the magic circle can be gathered at the center of the belt and travels both upwards and downwards at the same time. 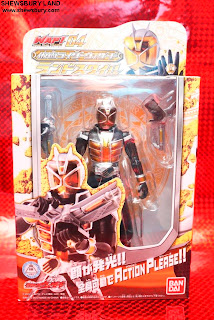 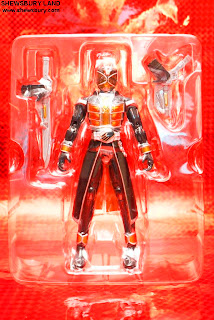 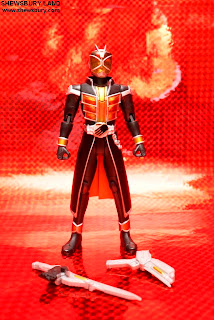 Let's have a look at the figure; 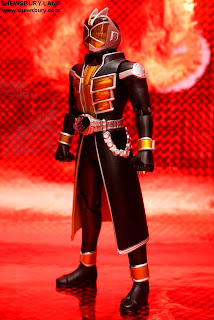 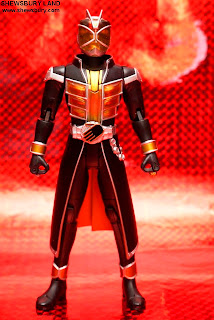 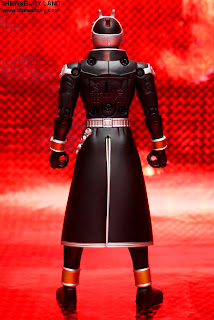 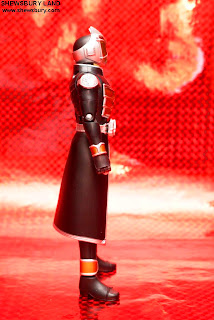 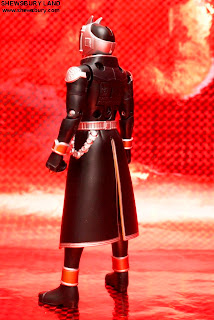 A little bit of close up on the figure; 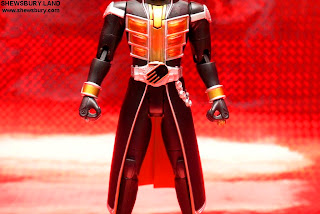 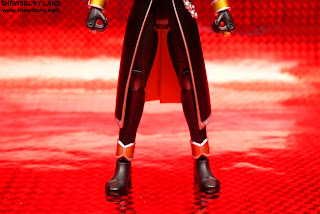 The standard weapon - gun and sword; 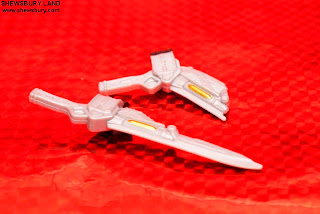 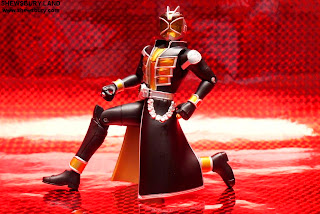 Together with the weapon you can pose this figure the way you like it to be.... 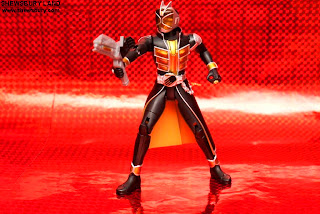 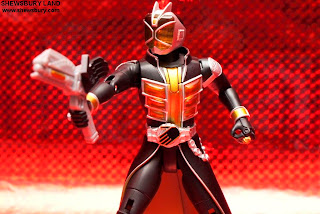 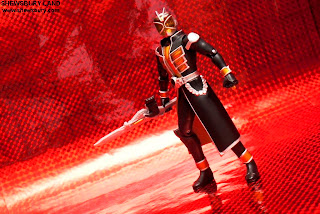 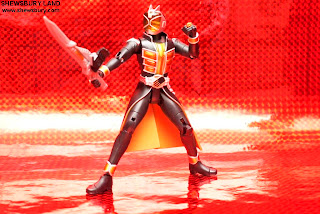 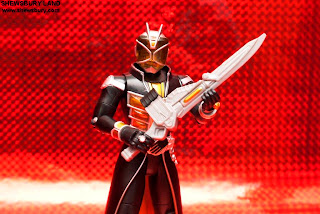 The standard gimmick in this WAP! action figure series is the light up LED on the head/face; 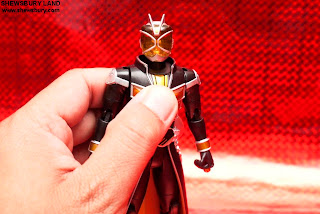 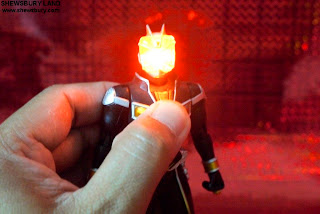 Overall, this is a nice and fun action figure of Kamen Rider Wizard Hurricane Style. The light gimmick is a fun feature to have while the articulation ability never disappoints when you want to do any action pose that you would like with this figure. 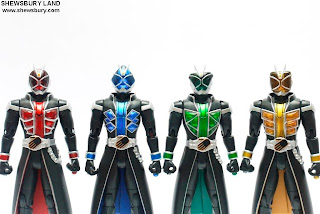 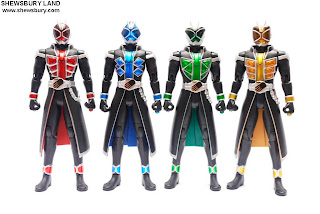 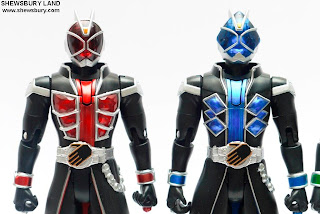 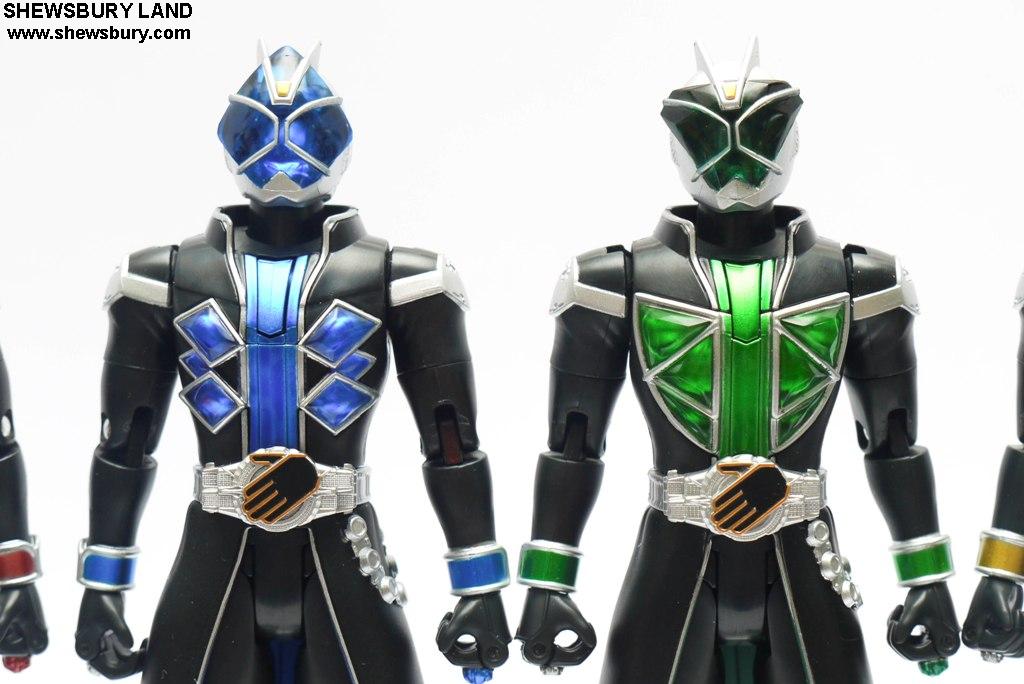 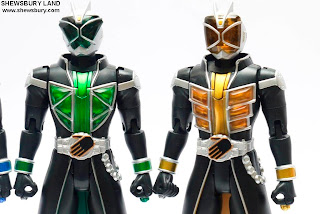