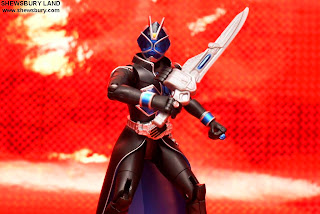 This is an action figure of Kamen Rider Wizard Water Style from the gimmick action figure series of Wizard Action Please! (WAP!) produced by Bandai. 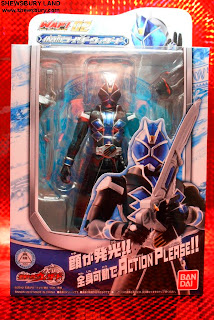 Out  of the box/packaging: 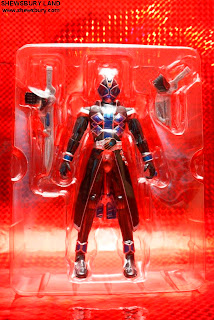 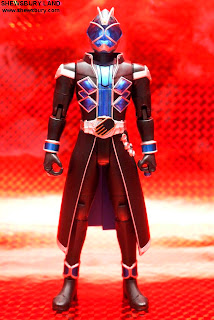 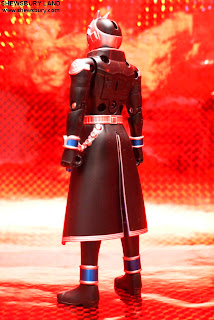 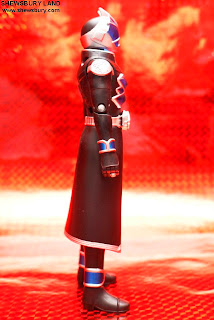 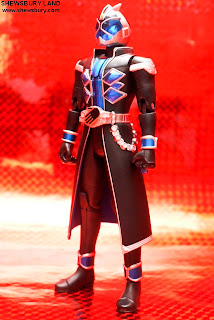 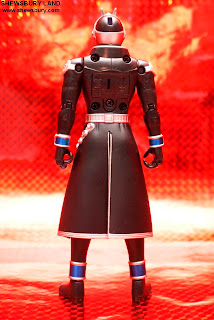 Water Style (ウォータースタイル Wōtā Sutairu) is Kamen Rider Wizard's diamond-shaped sapphire-based form, acquiring magical control over water through the use of the Water Ring. Water Style is slightly weaker than Flame Style, but carries a slightly faster running speed.[2][5][6] When Kamen Rider Wizard changes into this Style, the Wizardriver rhythmically chants Sui (水?, "Water"). The magic circle formed by using the Water Ring typically travels from Kamen Rider Wizard's right side across his body to the left, though it can be projected above him, where it will then travel downwards.

This figure comes with the standard weapon; a sword and a gun; 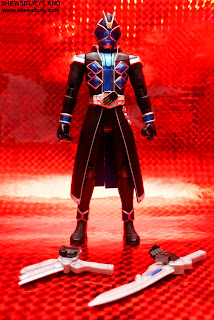 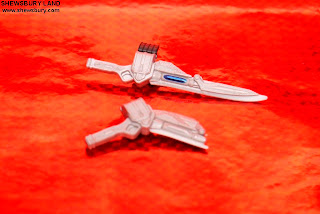 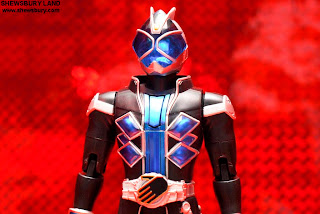 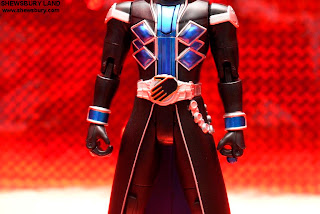 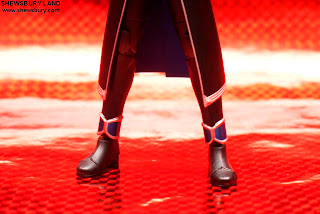 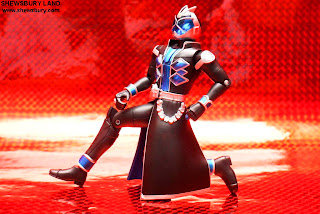 You can do several action pose accordingly; 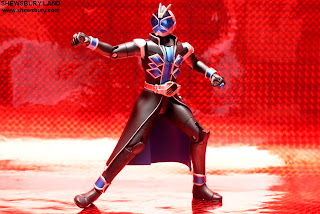 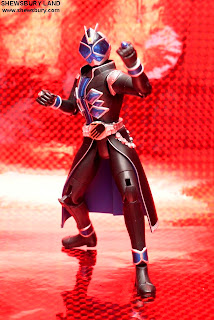 Some poses with the weapons; 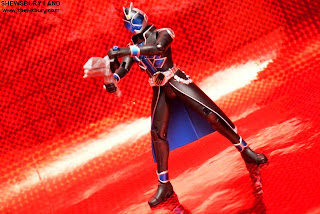 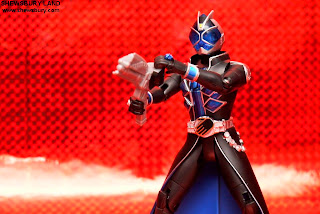 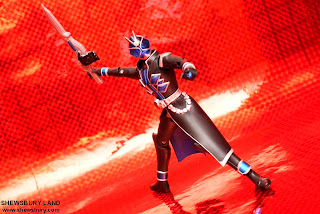 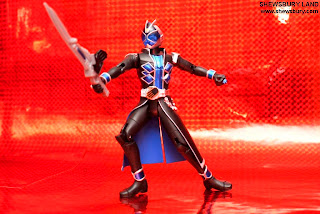 The standard gimmick for this WAP! action figure series is the LED light on the head; 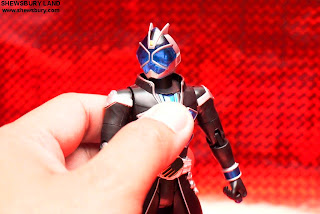 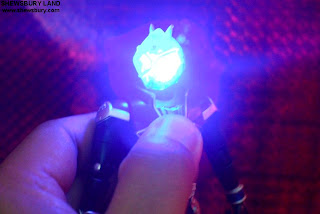 Overall, this is a fun action figure for the fans of Kamen Rider Wizard series. It has decent detailing, great articulation and fun LED light gimmick on the head.