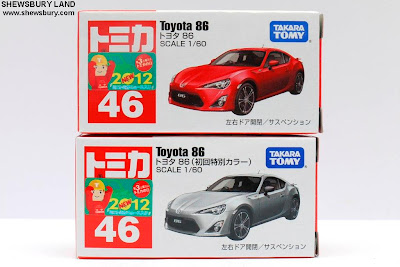 The Toyota 86 is a sports car developed jointly by Japanese automobile manufacturers Toyota and Subaru. It has 2+2 seats, a 2-door coupé body style and a front-engine, rear-wheel drive layout.

"86" (pronounced "eight-six" or Hachi-Roku (ハチロク)) refers to the Toyota Corolla Levin series AE86 and the Toyota Sprinter Trueno series AE86, a particular series of cars sold between 1983 and 1987 (both the Levin and Trueno were available in coupe and hatchback bodystyles). As such, the Toyota 86 has been named as the spiritual successor of the original AE86 during the press release of the 86.

The significance of the reference to the series AE86 was that both the Trueno and Levin of this series were the last with rear wheel drive; the following Sprinter Trueno and Corolla Levin series AE92 were released with front wheel drive thereafter. The previous Corolla Levin and Sprinter Trueno were performance enhanced trim packages of the Corolla and Sprinter for each generation of the Levin and Trueno; the current platform is unique and not related to the current Corolla or variants.

With the 12.5:1 compression ratio and a bore and stroke of 86 mm (3.4 in), this new "86" can produce up to 197hp while it's sister models from the Subaru and Scion can produce up to 200hp
This 1/63 scale die cast car model is produced by Takara Tomy under their Tomica series and has just been released recently in this month of June 2012. So, let's have a look at this car now; 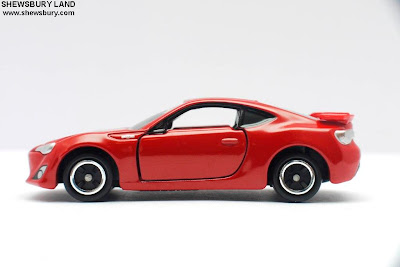 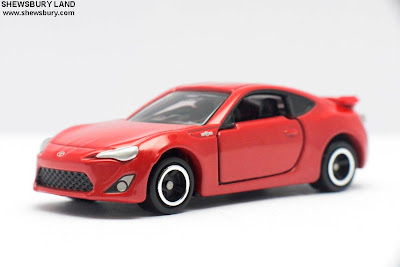 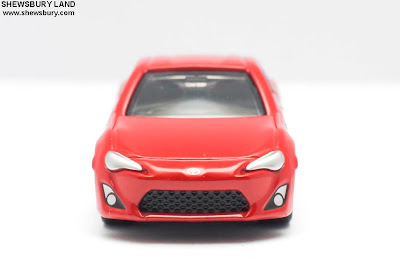 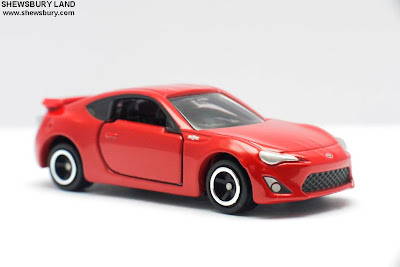 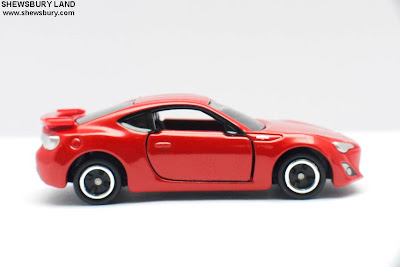 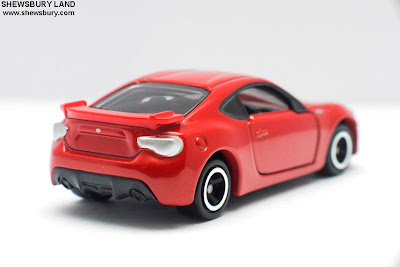 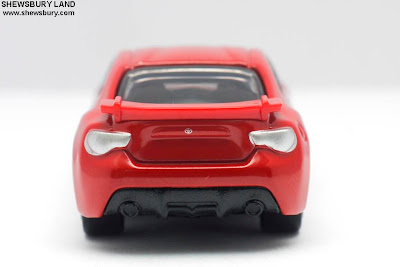 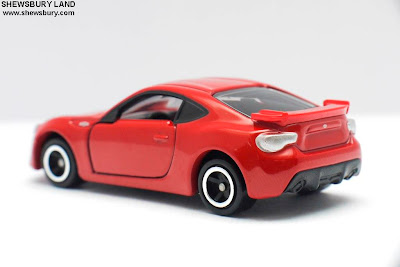 Painting finishing is very good, detailing wise it's quite average or rather typical of Tomica simple approach, you can see the Toyota logo at the front; 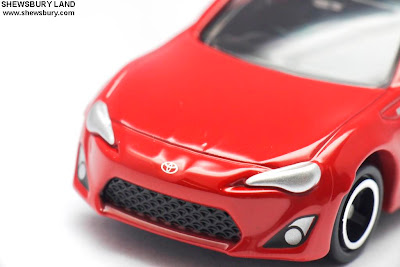 On the picture below, I think this part is the fog lights and I personally believe it's kind of ugly, the usage of decals is rather disappointing; 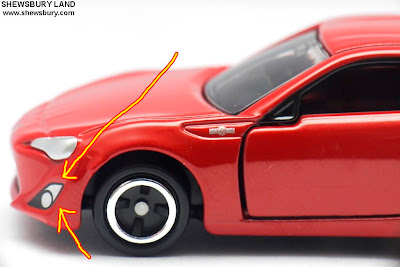 At the rear, you can see the Toyota logo again and break lights (or rather tail lights) in white color (or is it silver?), not sure why is that coz I tot traditionally for any cars, it should be red.... oh well, what ever.... 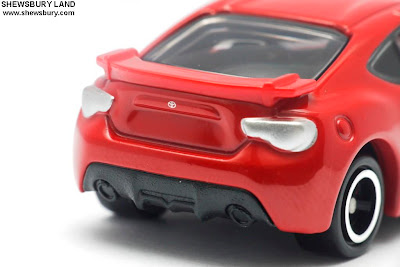 This model comes with openable doors; 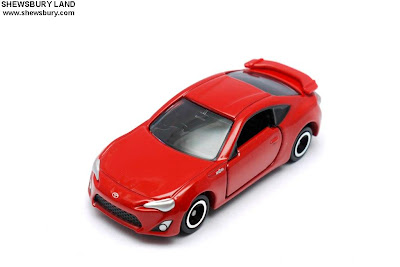 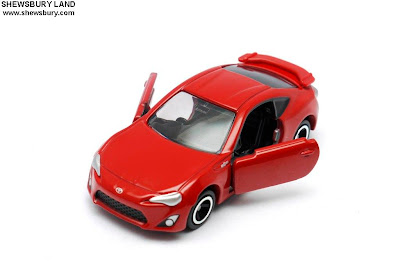 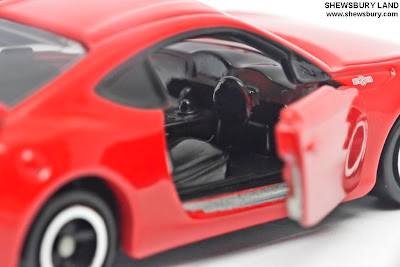 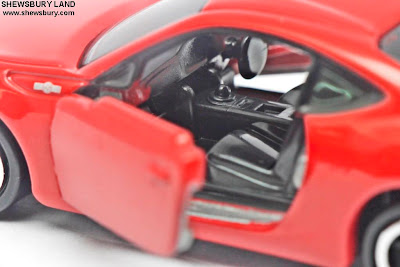 Side by side with the silver color version which Tomica said as "Limited Color" version; 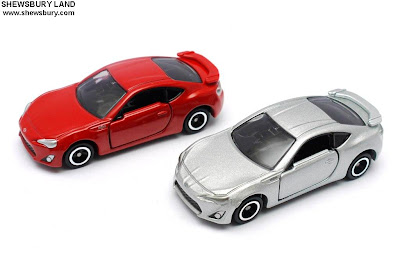 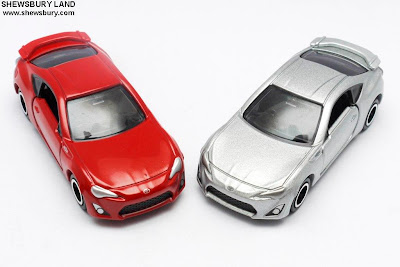 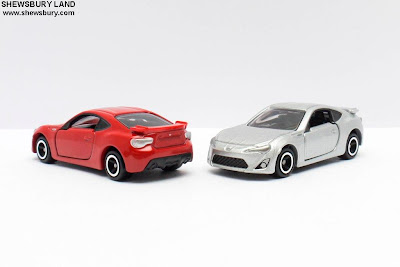 Side by side with the classic Toyota Sprinter Trueno AE86; 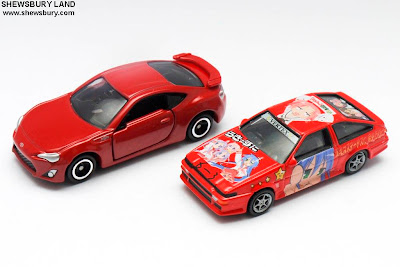 Overall, this is quite a decent attempt from Tomica in giving us the chance to owned "Toyota 86" with a relevantly cheap price and at miniature scale. The painting finishing for the reviewed model is quite good. Detailing is so so, nothing spectacular but its' OK. The openable doors is a nice bonus, would be great if we can have openable engine hood as well but so far now that is not happening.

Being a fisherman, I cant afford such luxury and thus this tiny Tomica version is the only thing I could afford for now ^__^