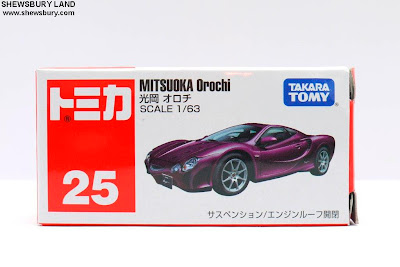 This is a 1/63 scale die cast car model of the popular Japanese fashion super car "Mitsuoka Orochi" produced by "Takara Tomy" under their "Tomica" series. The Mitsuoka Orochi (光岡大蛇) is a Japanese sports car designed and built by "Mitsuoka Motors" as a concept car in 2001, with updates and revisions to the design appearing in 2003 and 2005, before finally being put into production and offered for sale in late 2006 as a 2007 model. The car takes its name from the mythical Yamata no Orochi 8-headed Japanese dragon. Mitsuoka Motors says "Orochi is the car to ride to gather attention from everyone", and categorizes this car as a "Fashion-Super Car".

The Orochi 8-headed Japanese dragon is quite popular amongst most Japanese people and also to other people outside Japan who used to play, follow and understand a lot about the "King Of Fighters" arcade games in which also available in Sony PlayStation. In particular, if you really follow the story of the game, the first saga is all about the "Orochi", from the very beginning of "KOF '94" by Rugal Bernstein and all the way to the "KOF '97" where Iori Yagami, Kyo Kusanagi and Chizuru Kagura joined forces to beat the final boss "Orochi".

In fact and in short, according to Japanese history or maybe legend or folklore, the story of this Orochi is something like this - Once upon a time, a couple have 8 children. Every year, they will sacrificed 1 of their children to the 8 headed dragon "Orochi" - I guess, in return, after they fed the "Orochi" then they can continue their live peacefully doing stuff like farming or fishing, something like that. So finally now, it's the 8th year and it's time for this couple to sacrifice their 8th child (possibly their last) to the Orochi. In the nick of time, some God from heaven came down and help them to kill the "Orochi" so that they no longer have to do the sacrifice ritual anymore and they live happily ever after. Something like that.

As for the car "Mitsuoka Orochi", it is available for around USD 100,000.00 which in fact not really that expensive for a so called "fashion super car". Maybe one of the only problem is that this car is build base on Japanese spec, so if you are in Europe, maybe this car wont be street legal. With it's unique looks and the modified Toyota Camry engine underneath the hood and all those sports settings here and there and high end materials for the interior, I don't mind to get it if only I can afford it.... LOL

Nonetheless, at least, for now, we all can afford this 1/63 die cast car from Tomica of Takara Tomy; 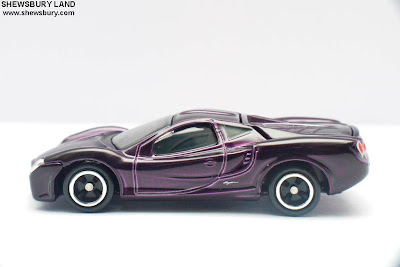 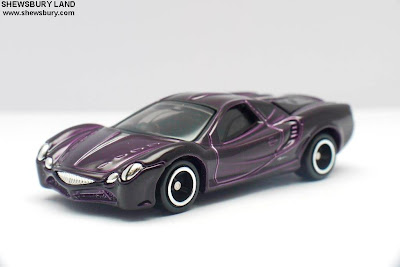 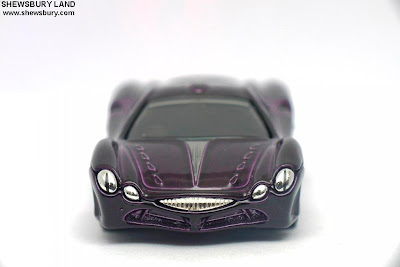 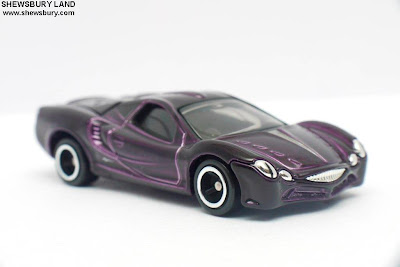 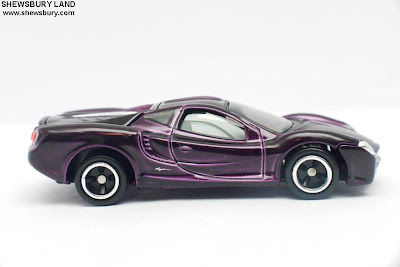 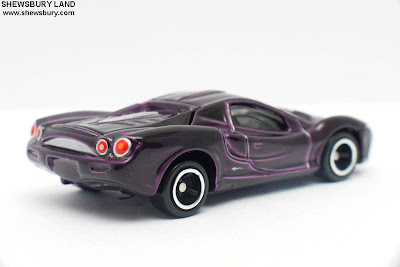 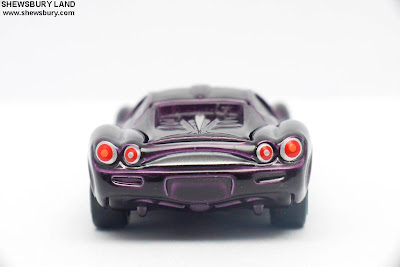 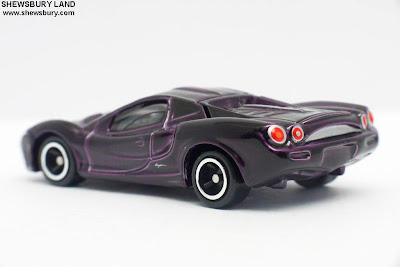 Features and detailing of the car.... on the front part here, we can see that "8 things" what ever it is on top of the hood to represent the "Orochi - 8 headed dragon" 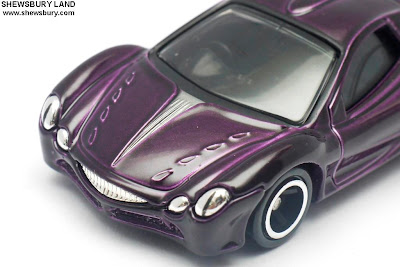 And as you can see on the head lamp, there is a vertical line mimicking those snake eyes or rather in this case - dragon eyes; 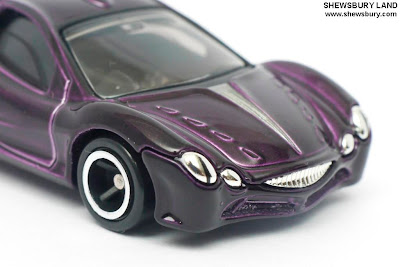 And on the side here, you can see the "ribs" - basically it's the same thing with the Porsche Boxter, it's the air intake hole for the engine (since this car is using "MR" layout); 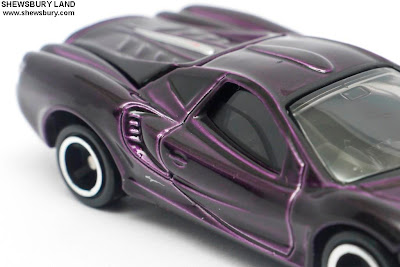 Just below that "ribs" - if it's 0n the real car, you can basically see the insignia of "Orochi" (in white) there but in this 1/63 scale, it's pretty hard for them to display it; 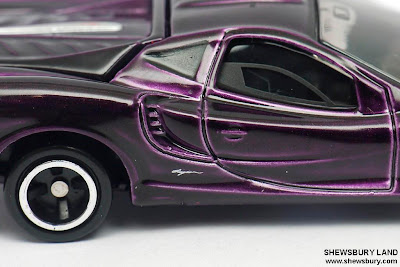 And now on to the rear part - on top of the engine latch; 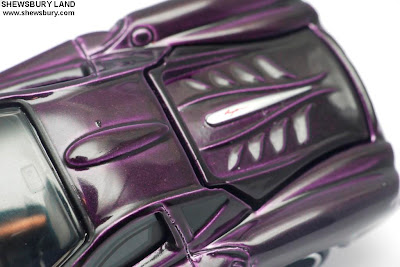 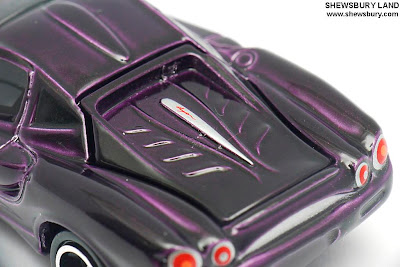 All the standard lights that should be available on the rear of any cars; 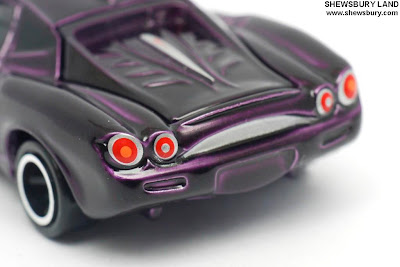 This model comes with openable engine latch so you can see the "engine"; 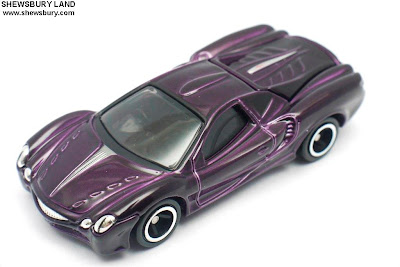 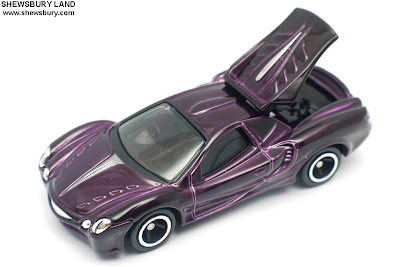 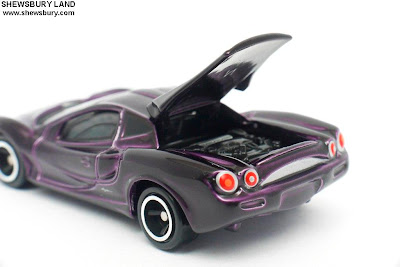 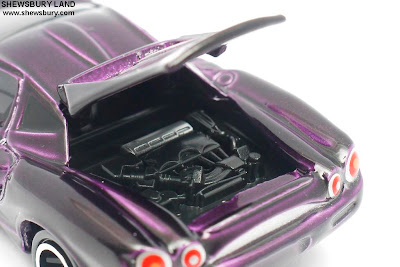 I personally quite impressed with the detailing of the "engine" - for this kind of scale, I think it's quite impressive, one of the best I've seen so far.... 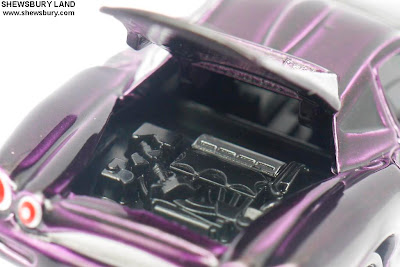 Unfortunately, the doors are not openable... so it's pretty difficult for me to show the internal detailing but from what I can see, nothing great about the internal detailing, this car comes with right hand steering wheel and the detailing inside is the typical Tomica level of detailing which is not great at all.... just typical basic... 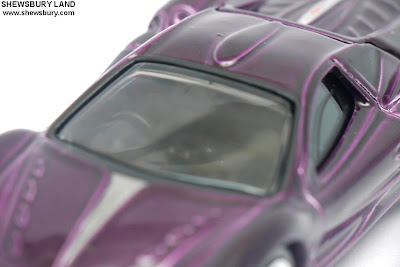 However, I got this photos from the website of Mitsuoka Motors, so at least you can see a little bit of the interior of the actual car; 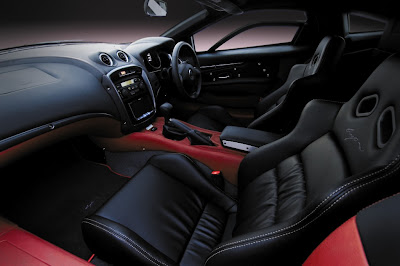 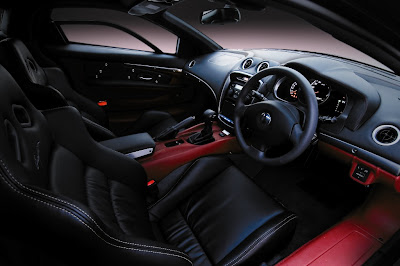 Note: I do not claim any rights on the above 2 images taken Mitsuoka Motors website. All credits and rights belong to the the owner and the website = http://www.mitsuoka-motor.com/english/

And that's about it..... some people said this car is ugly, it's up to individual taste really though for me this is one hell of a car in which I don't mind to buy if only I have the money for it LOL... 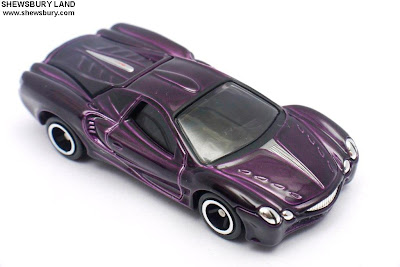 Overall, this is certainly one of the best die cast car model from Tomica of Takara Tomy and certainly one of my favorite though for me honestly, the Tomica Subaru Samber Noodle Truck is also quite fascinating. The painting finishing on this particular item is great. The openable engine latch with some engine details for viewing is indeed exciting and compensate the missing openable door which at the end only shows those typical average looking interior detailing by Tomica, so I can live without the openable door on this item. 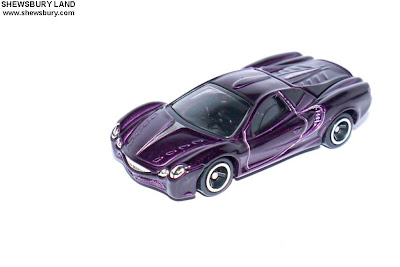