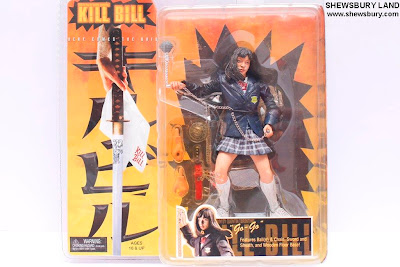 In that movie, she is a young associate of O-Ren Ishii, is a bloodthirsty severely disturbed 17-year-old schoolgirl who takes a sadistic delight in killing. Her fighting style is a combination of wushu techniques using chain whip and rope dart.

She is O-Ren's top assassin and personal bodyguard. Gogo's disturbed mind and vicious penchant for killing is displayed when she offers herself to a drunken man in a bar and then disembowels him, asking him, "Do you still wish to penetrate me?... Or is it I who has penetrated you?"

Later on, she takes on Beatrix Kiddo when the latter has already slaughtered several of O-Ren Ishii's immediate guards at the House of Blue Leaves. Although the Bride gives her the opportunity to walk away, Gogo takes her on with a large meteor hammer, almost overcoming the Bride by strangling her savagely with the chain. Eventually Kiddo distracts Gogo by driving a broken chair leg studded with nails into her foot, then kills her by driving the chair leg into the side of her head.

Nonetheless, for now, let's have a look at this figure produced by Neca, first the packaging; 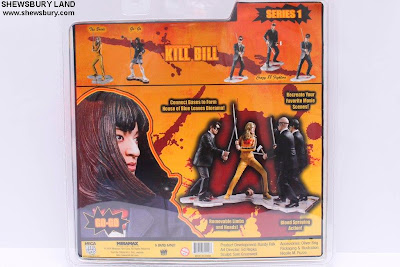 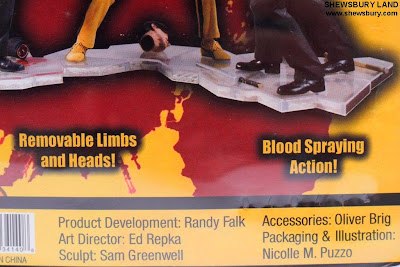 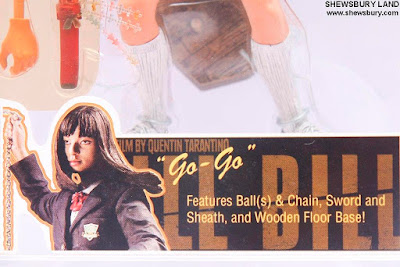 All items out of the packaging; 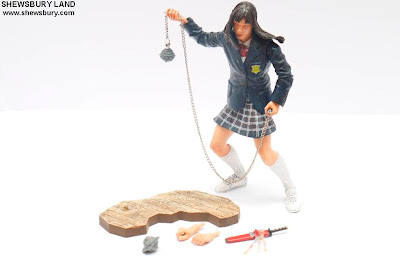 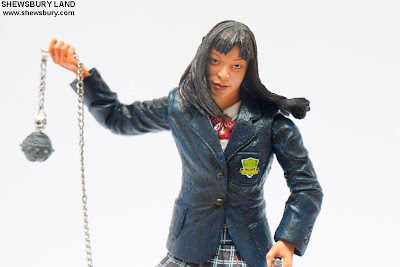 The diorama action base, 2 optional hands and extra weapons accessories as seen on the movie; 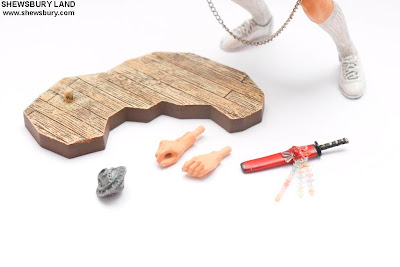 Just like any other figures from Neca, this figure are almost "statue-like" and thus they do not promise lots of articulation abilities for you to do any dynamic pose as you please. However, they are focusing more on the sculpt and the detailing parts. So if you expect to play with this figure like what you did on those action figures like Figma, then I guess you wont like this figure. However, if you are a big fan of the "Kill Bill" movie and just want this figure as a display item, then you should like this figure. Having said that, there are some minimal articulation points on certain parts of the limbs and with it you can do a little bit of pose variation but then again not really much OK.

As a personal n0te, I think the face sculpt is not really good... makes her look like those "she-male" 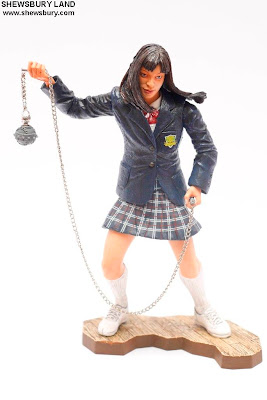 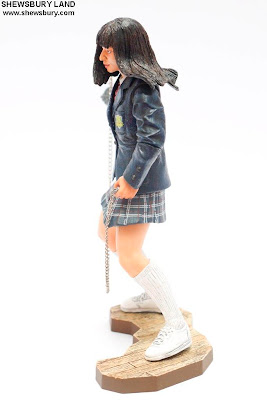 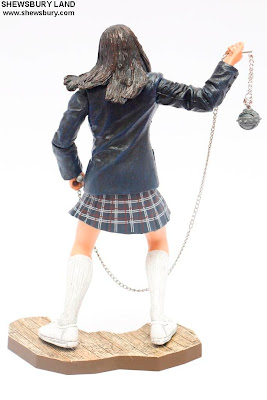 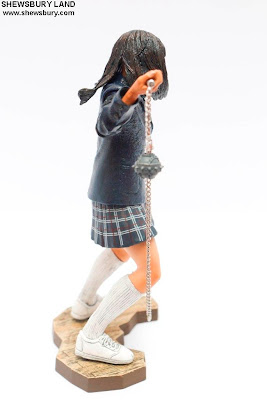 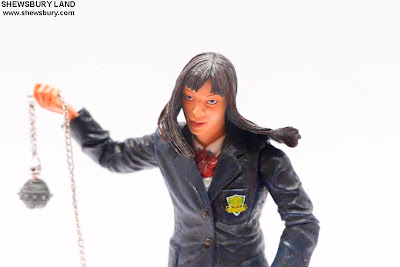 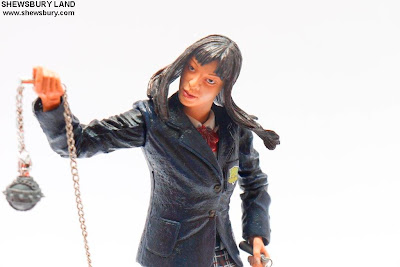 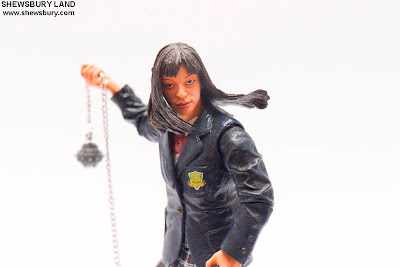 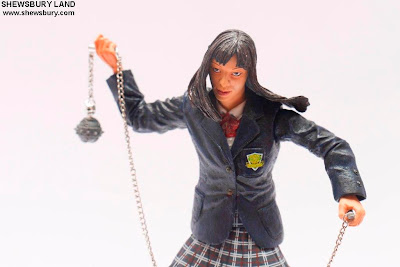 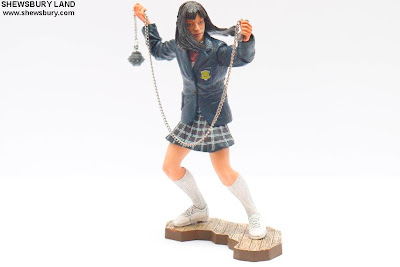 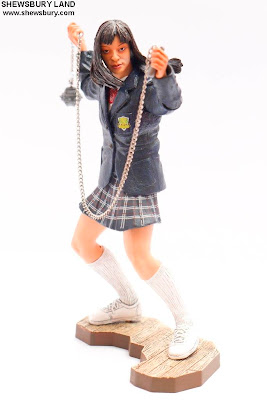 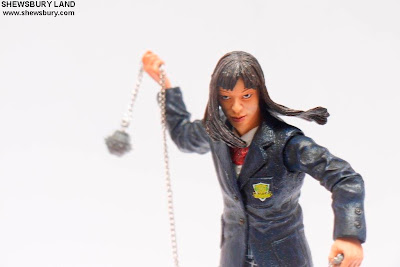 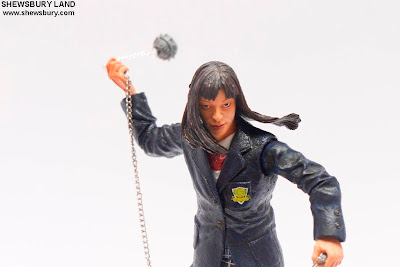 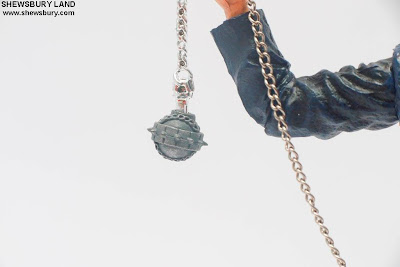 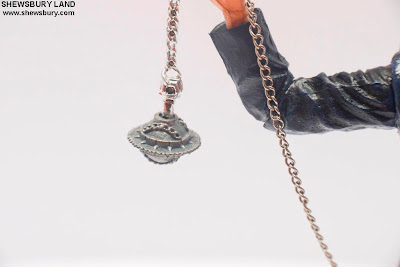 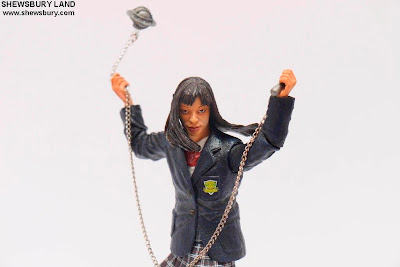 This a the sharp weapon she use to kill the pervert guy at the bar; 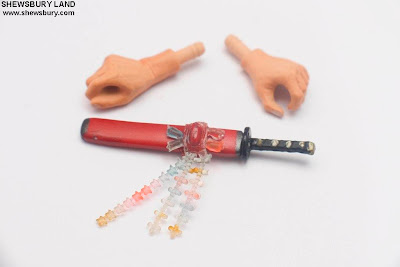 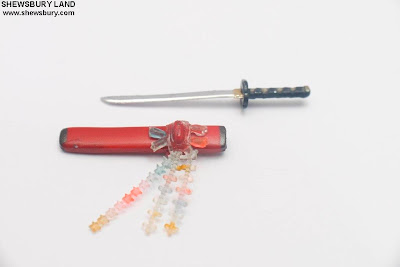 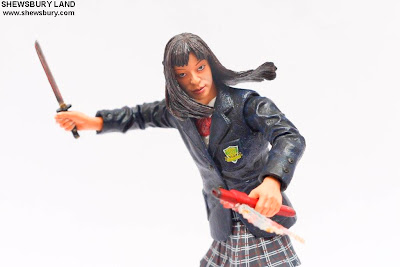 Last but not least, for those of you, fan of the movies, who wanted to know what school/college badge logo that she have on her jacket as seen in the movie, this is the answer; 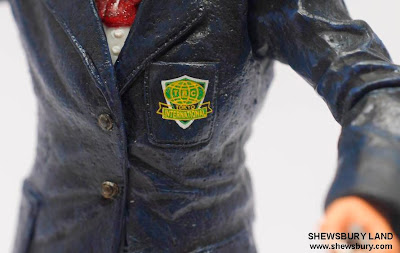 Would be cool to display "Gogo" together with "The Bride" like this; 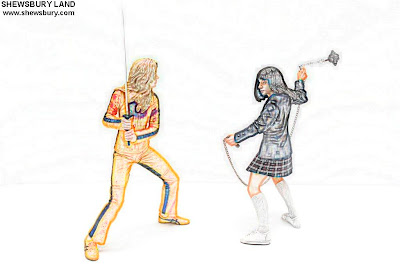 Overall, this is a nice figure from Neca. It has less play value but instead it's more like a display items that offer more on the sentimental value for the buyers and collectors. The targeted potential buyer are of coz the hard core fans of the movie (like almost everybody in Shewsbury Land) and those who like to have the figure of Uma Thurman at decent price. You wont play a lot with this figure but then again, if you are a fan of the movie, you will feel proud to have it.