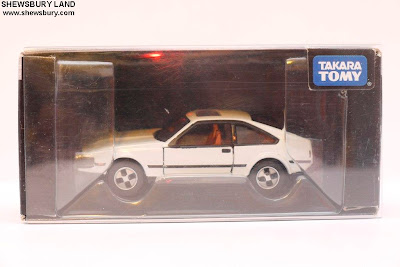 This is a miniature die cast car model at 1/64 scale as a replica for the mesmerizing Toyota Celica 2800GT (Toyota Celica XX) produced by Takara Tomy, available thru their Tomica Limited series.
Toyota Celica XX (pronounced as "double X") is the Japanese domestic market name of the MKI and MKII Toyota Celica Supra. It was offered in Japan during the years 1978–1986, with it being redesigned in 1981. The Supra was sold as the Celica XX only in Japan at Japanese dealership sales channels called Toyota Corolla Store.
The 2000GT was the flagship model of the XX range. Featuring the smaller 2.0-litre 6-cylinder DOHC 24-valve 1G-EU, Yamaha took the base 1G-EU and improved it, resulting in the 1G-GEU significantly upping the output of the engine, which also served in the 1985 Toyota Soarer. The smaller-capacity engine meant taxes were less than the bigger 5M-GEU of the 2800GT. 1G-GEU made 160 PS (118 kW) at 6400 rpm.

The Toyota Celica name is ultimately derived from the Latin word "coelica" which means "heavenly" or "celestial". It's kind of tradition of Toyota those days for using words starting with "C" on most of the car models like this Celica and you will also noted about Corolla, Corona, Carina, Crown, Cressida, Camry and so on.

Throughout its life span the Celica has been powered by various four-cylinder engines. The most significant change occurred in August 1985, when the car's drive layout was changed from rear wheel drive to front wheel drive. During the first three generations, American market Celicas were powered by various versions of Toyota's R series engines.

Since 2001 Takara Tomy has produced the TL series for matured collectors. These models are made with higher details.

In the case of the new MINI Cooper, the model was first released for the TL series in 2004 but in 2006 included in the regular line as no. 43. Model numbers started at 0001. Each model is produced for a limited period of time, so models with smaller numbers are discontinued while new models with higher numbers continue to appear. These models are packaged in open cardboard boxes surrounded on four sides with a transparent plastic sleeve.

This series (Tomica Limited) are are actually targeted for the car enthusiast and adults that collects or plays with Tomica when they were kids. The original intention was to make historically important cars - at least from Japanese and Takara Tomy point of view.

Most of the Tomica Limited models are based on the regular Tomica assortment that have been produced/released previously but on several occasions new casting were made and introduced through the Tomica Limited line and more attention to details such as realistic overall looks, tires and wheels, actual paint and color schemes and logo/emblems.
Now, let's see this car; 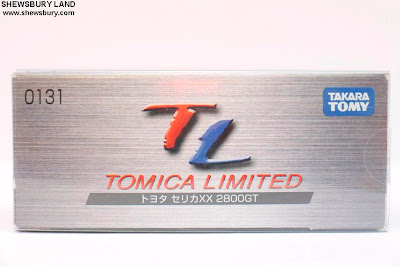 This particular model was release in 2011 to commemorate the 10th anniversary of Tomica Limited series; 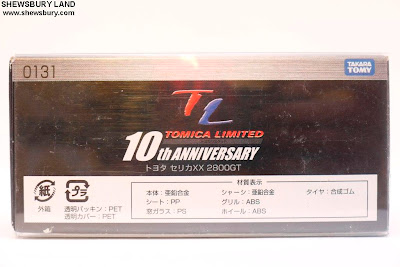 And now, finally out of the box/packaging; 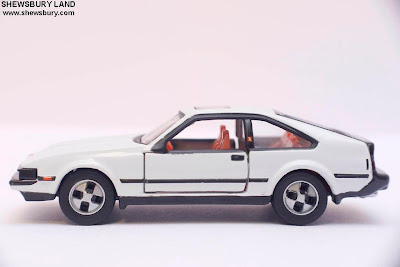 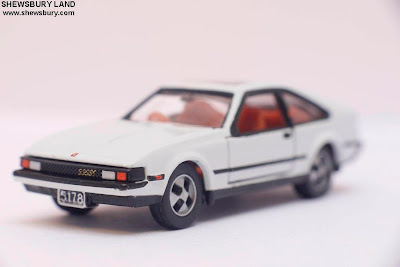 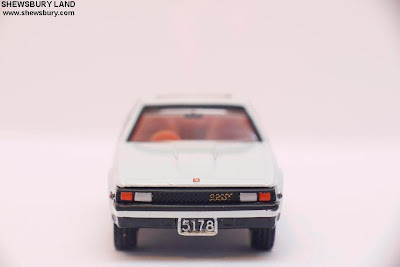 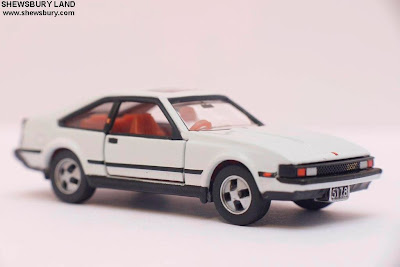 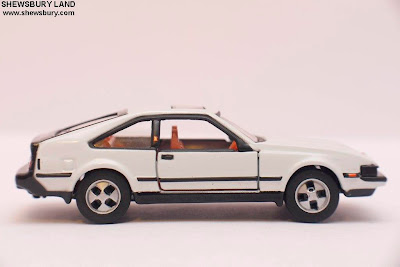 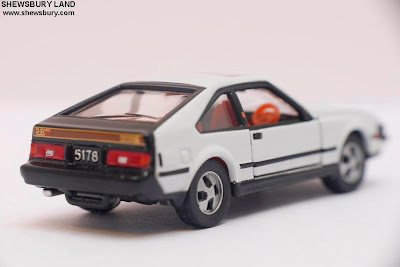 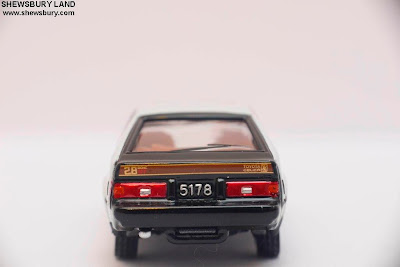 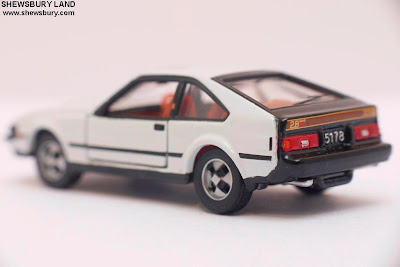 I can't help but thinking that in a way, this car have the looks of the popular Toyota Trueno AE86 from that Initial D anime, though the front parts are more like the Levin ^__^


Features of this car.... first that visible sun roof; 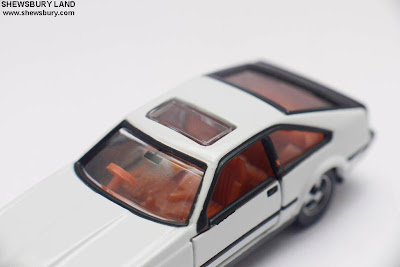 On the front side here, you can see those logo/emblems of Celica - I'm not sure what is that 5178 number but I don't care anyway LOL; 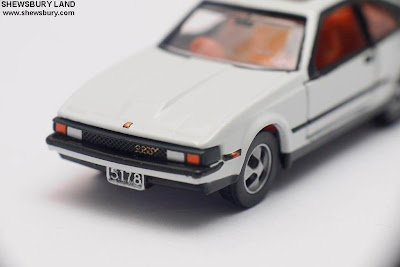 Somewhere on the sides also you can see the tiny red Celica logo and it's nice that we can see the rear screen wiper; 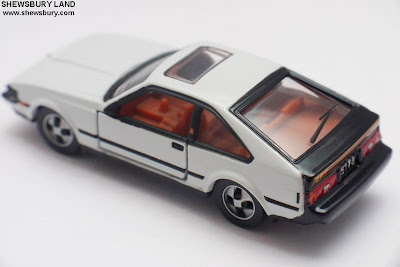 And again on the rear part here, you can see the typical nice logo/emblems for this model - and of coz that number 5178; 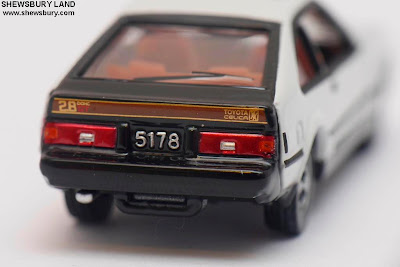 I can detect some imperfection on this part of the corner here; 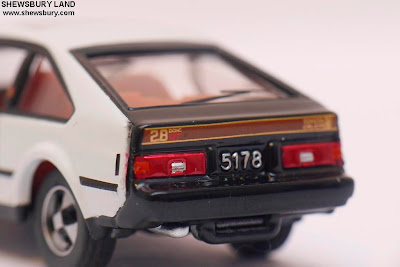 Openable doors on both sides; 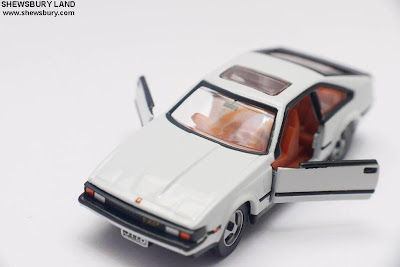 The interior is kind of "subtle" - nothing great about it, in fact it is quite simple. I'm happy that this comes with the original Japanese style right hand steering wheel though I personally dislike the color scheme of the interior.... would be better if it's just in pure black..... 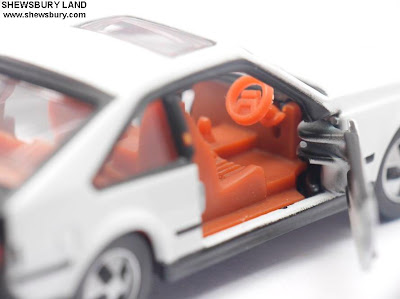 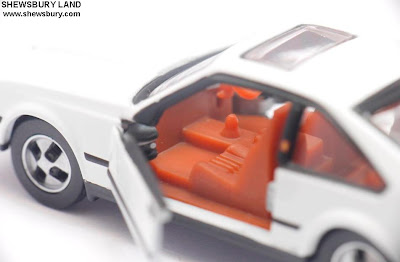 Overall, this is not really as perfect as I would hope for but it's 90% close to my ridiculous expectation, so I'm quite happy still. My only complains are on the interior color scheme - I prefer it to be in black or any dark color and lastly I detected some imperfections on 1 corner side of the car which is not so bad but still visible if you really look closely. 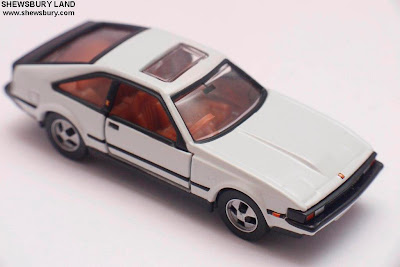 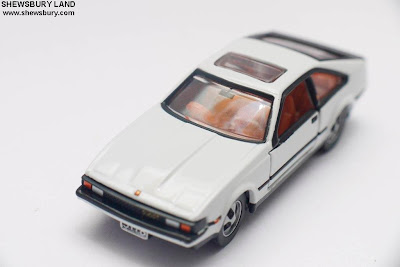