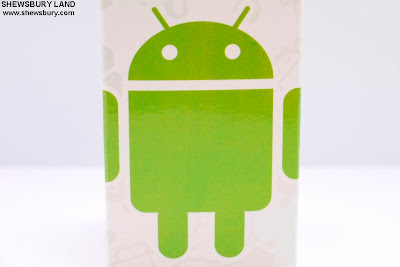 This is a collectibles figure of the popular Android OS that slowly penetrate the mobile devices and gadgets since 2010 and slowly keep on growing especially within the smart mobile phones world.
Being a loyal Google customer for several years now and an Android user for several months now, I've been wanting to get this figure for quite some times now but I just don't know where the hell to get it and that is when finally a friend of mine B-Mecha or locally known as "Basir Musa" suddenly out of the blue offered me this Android because he happens to have several units extra - he got it from some popular Asian-based online shop.


Nonetheless, let's have a look at this Android..... first the box; 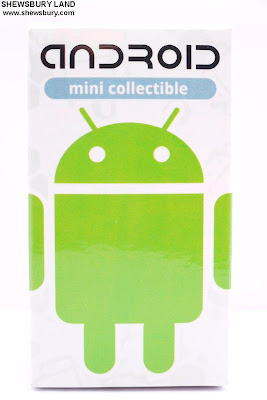 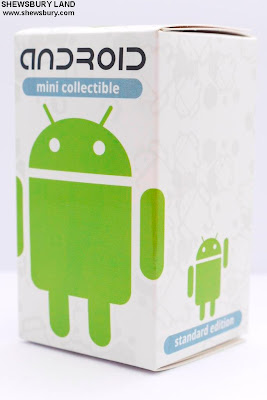 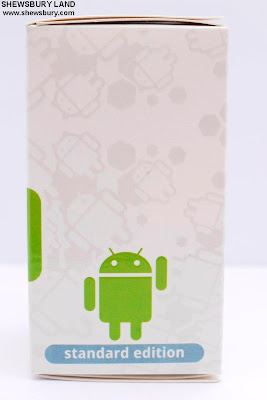 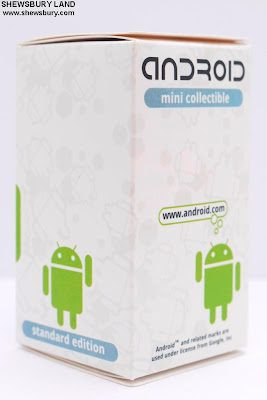 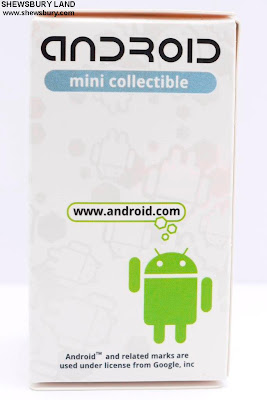 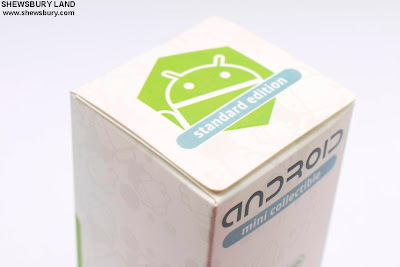 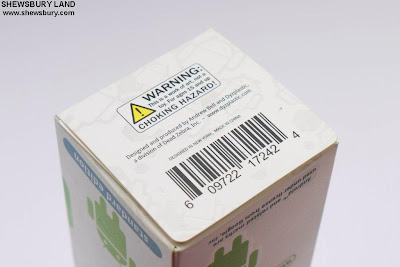 Designed in New York but made in China ^__^ 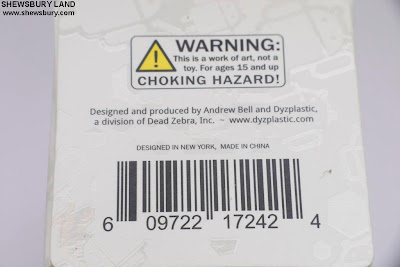 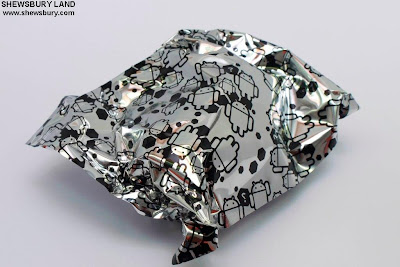 And out of that plastic wrapper; 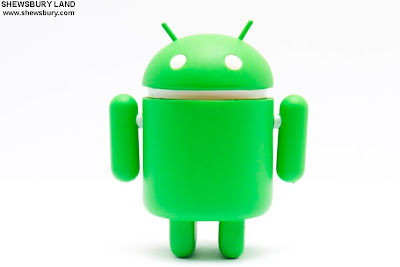 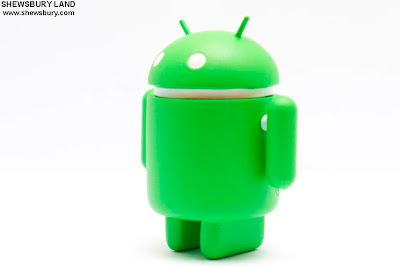 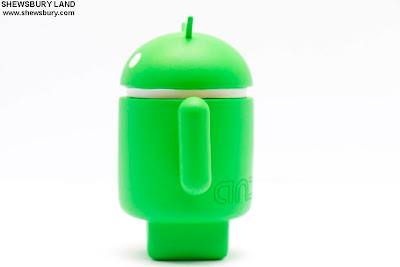 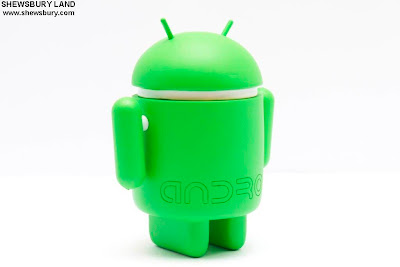 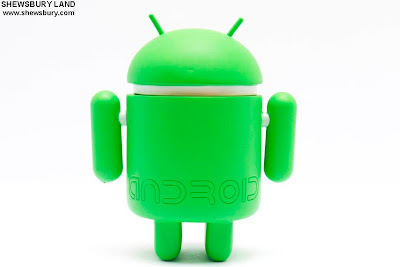 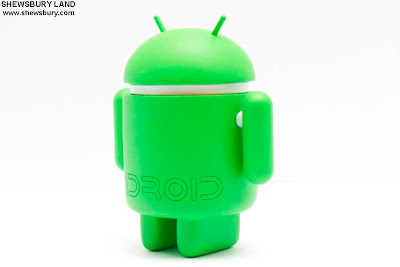 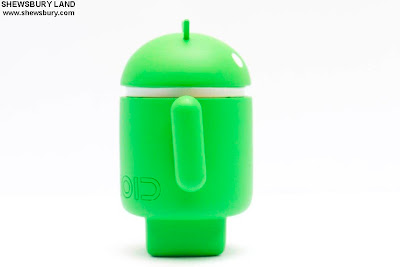 This is just a simple figure with absolute minimal features and articulation; 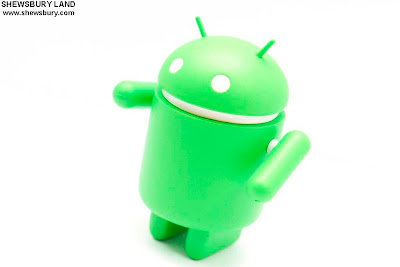 However, you don't buy this item for features or articulation.... this green robot is a popular icon, a must have for Android fans; 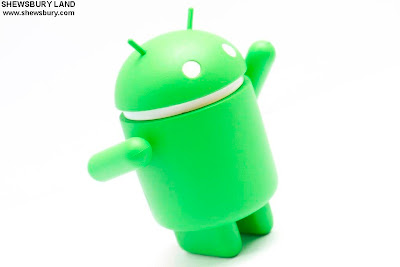 The arms can move a bit and the head can turn 360 degrees and that's about it... nothing more, nothing less.... 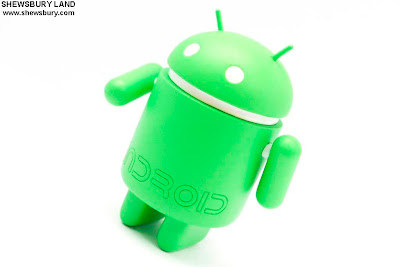 The other citizens of Shewsbury Land are more than happy to get new "android" friend; 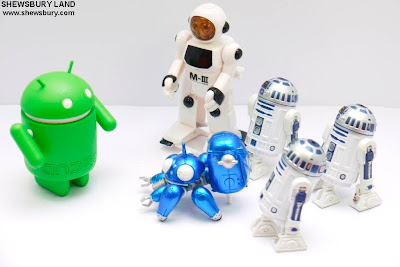 A group family photo together for memory ^__^; 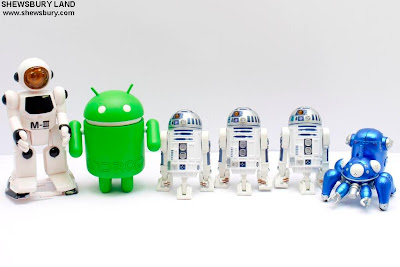 Overall, this is a simple figure as the main icon of the iconic Android OS. The price is quite decent (depending on from where and who you bought it), it doesn't promise any wonder of the world or unexpected sexual excitement but for what is worth, it's nice to see and nice to have - especially for Android OS fans. Apparently, they are plentiful of other design and color variations of this Android but many people doesn't seems to be interested with the others, maybe they are some who did but not many - in fact many people prefer this original green colored one.... I personally don't fancy green color except for certain few items and this green Android is one of the items I don't mind (and in fact I love it) to be in green color.

With the leadership of Google, I hope Android OS will grew and mature further in the near future so that many people can get the benefits of it's exciting features and technologies at affordable price coz not everybody can afford some premium OS provided by certain companies who seems to be doing well with their premium items and premium market share and start suing and screwing their competitors coz they believed that they invent everything.