Star Wars The Power of the Force - Emperor Palpatine 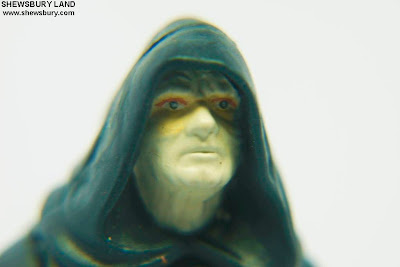 This is another vintage tiny action figure from Star Wars series, Emperor Palpatine with walking stick. This action figure is produced by Kenner/Hasbro in 1997 and finally now we took it out from the already mint packaging. 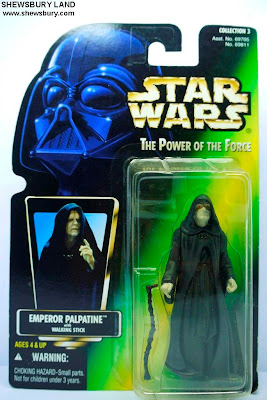 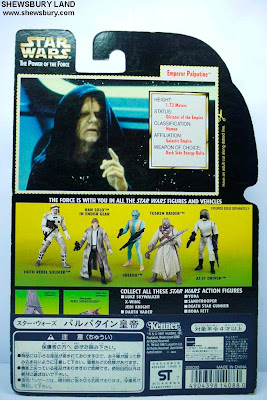 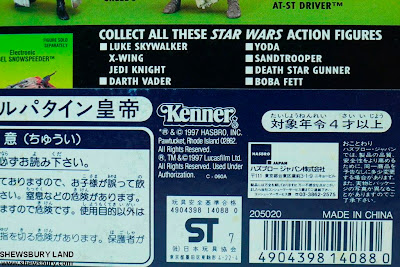 As a matter of fact, when we talk about Star Wars we tend to mentioned Darth Vader, Luke Skywalker, Obi Wan Kenobi, Yoda, R2D2 and C3PO or Han Solo and Chewbacca - to name a few of the popular characters - but Emperor Palapatine is in fact a key figure in the whole saga.

He is the dark side and eventually after many years of plotting the wars he finally successful and gained Anakin (Darth Vader) as his most powerful "Chief Executive" and eventually his possible successor.

Palpatine was a middle-aged politician of the Republic who rises to power through deception and treachery. From the outside, he is well-intentioned and loyal public servant but the truth inside him is that he is actually "Darth Sidious", a Dark Lord of the Sith (the character seems to be the norm of many politicians nowadays).

Palpatine was the man behind all the chaos and eventually become the absolute dictator and emperor of the Galactic Empire - a brutal authoritarian regime.


And now let's have a look at this figure;

Out of the packaging, you will only get the figure and a wonderful "weapon" - the walking stick. 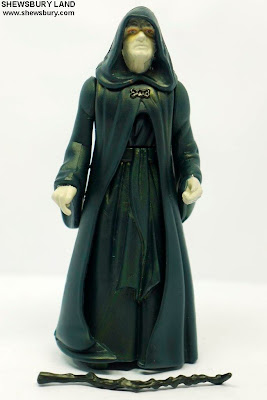 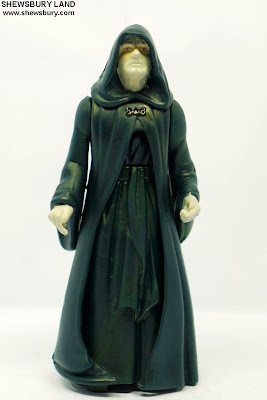 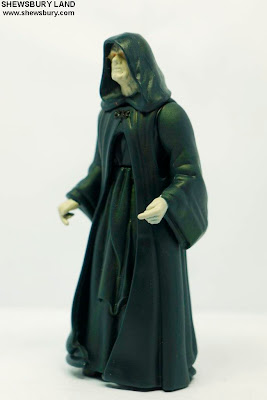 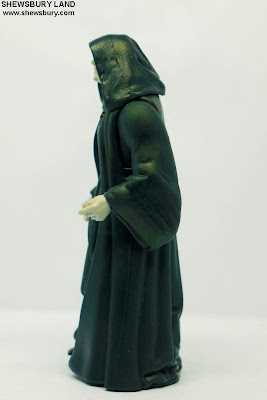 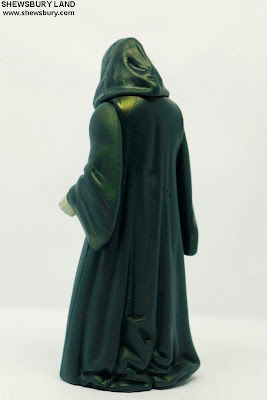 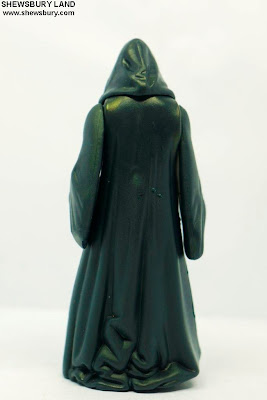 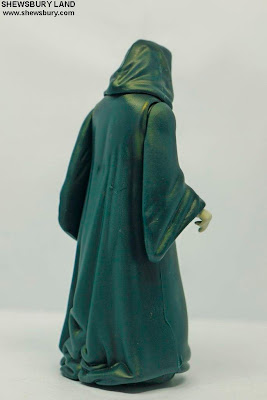 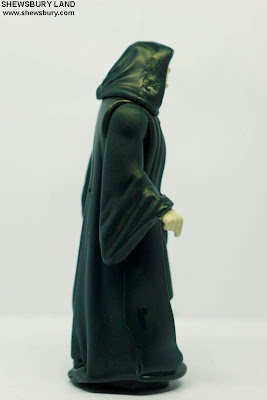 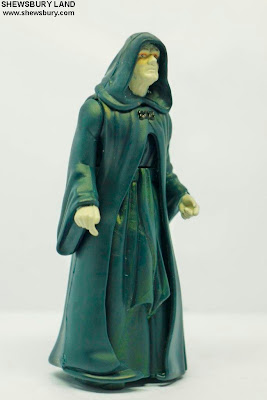 The face sculpt of Palpatine figure; 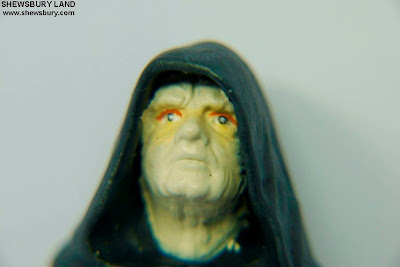 His popular dark robes - the only costume we saw him with as Emperor of Galactic Empire; 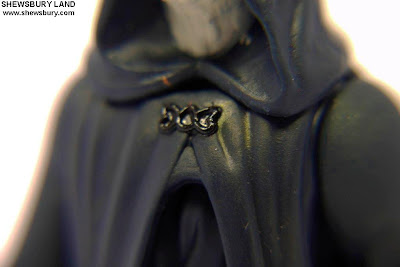 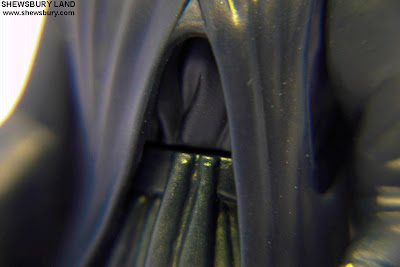 Articulation wise, not much to talk about. Apart from the arm and shoulder part, the only thing you could do is to turn the head left and right; 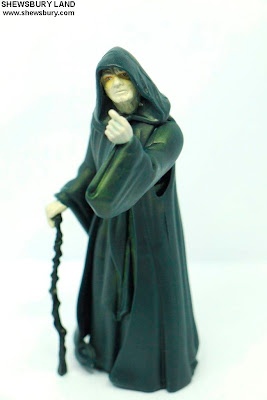 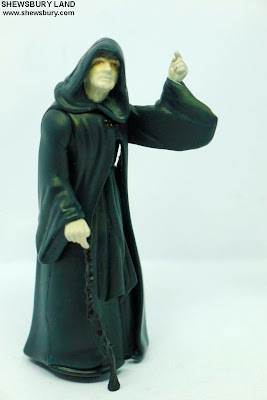 So you can forget any kneeling pose or any kind of action pose, this is all that he can do; 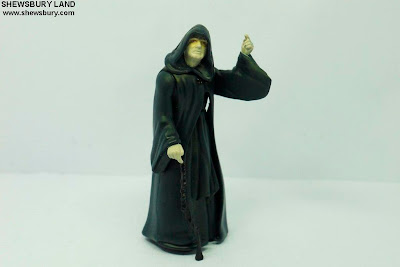 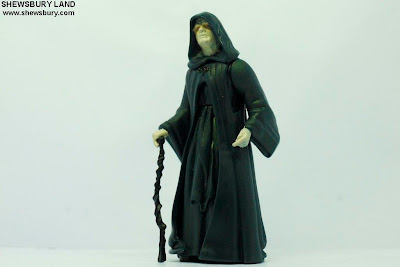 Eventually with this technology of 1997, you can't even see any legs at all. This is how they designed this figure; 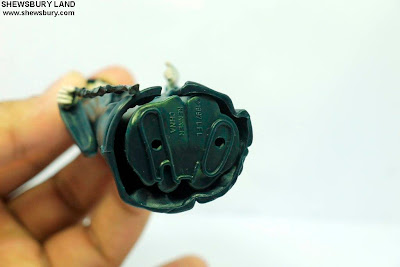 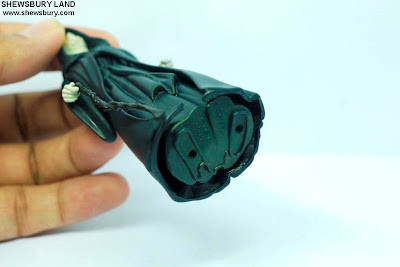 Amazing isn't it? I'm not sure if at that time (1997) this is the only solution for this figure or they just lazy to think of any other possible design.