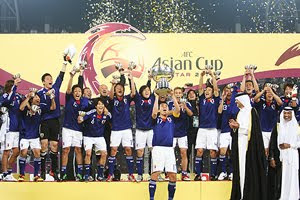 Note : I do not claimed any rights on the above photos. The photos were taken from AFC Website. All the credits and copyrights belong to the respective owners.

Was busy with the final phase of the AFC Asian Cup 2011 last week, supporting our favorite Asian football team - Japan.

I've been watching (on TV) Japan in every AFC Asian Cup tournament since 2000 when they won their 2nd Asian title though I missed the 2007 tournament hosted by 4 South East Asian nations and in which the Japan team was quite disappointing anyway.

Nonetheless, from many years of observation, I've seen big stars like Nakata, Nanami, Nakamura and recently Honda (he won the 2011 MVP Award) but most players in the team of 2011 under Alberto Zaccheroni are kind of unfamiliar faces to me (probably I'm more familiar with Zaccheroni himself) - most of them are young players - which in fact is a good sign for future development i.e. the next World Cup.

The semi-final match against the South Korean is quite though with "old historical rivalry" sentiment tend to appear at the back of each player's mind and though the Koreans manage to survive 90 minutes and extra times, they are all rubbish when in comes to penalty kick.

The final match against the Australians, from my point of view, it seems that the Socceroos were playing a defensive style and hoping for counter attack chances as they defended really deep with the Blue Samurai dictating the possession and trying hard to break the well-organized defense and at the end, super subs Tadanari Lee (didn't know since when Japanese like to use Chinese name such as Lee, and I wonder if they also use Wong, Tan, Lim etc.) scored a splendid volley that fit to win any match and by any standard, to get accurate aim with that kind of shot is never easy - let alone scoring goals with it.... ask Vinnie Jones if you don't believe me.

Frankly speaking, if Japan were to loose that final match, I want to end my collectors and blogging days for good - retired, game over, finished - canceled all my future pre-orders and live quietly in peace... but since Japan won, I shall continue further and support the hobby and toys industries of Japan.

Nonetheless anybody who not happy with the result - you can say what you want and complain all the way but the fact remain, Japan is the winner and this is their 4th title - at the end, the result and the record speaks for itself.


Shewsbury Land would like to congratulate Japan football team, all the players, the manager, the staff and everybody else involved in this 4th Aisan Cup title... 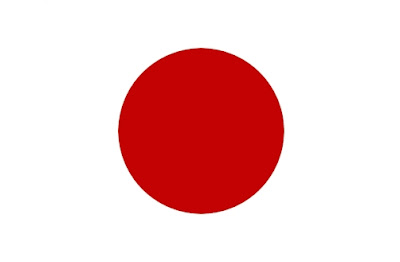