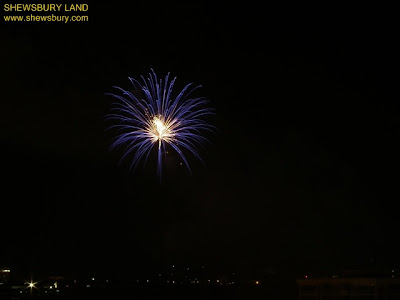 Got these photos last Saturday night... finally for the first time, I used the tripod and use the "Automatic Scene" settings in the camera - "Fireworks" as I don't know what settings to use if I were to use Manual Mode...

Sometimes, it's good to use those pre-configured automatic settings in the camera...


According to Wikipedia, fireworks are a class of low explosive pyrotechnic devices used for aesthetic and entertainment purposes.

Fireworks competitions are also regularly held at a number of places.

Fireworks (devices) take many forms to produce the four primary effects: noise, light, smoke, and floating materials (confetti for example). They may be designed to burn with colored flames and sparks including red, orange, yellow, green, blue, purple, and silver.

Displays are common throughout the world and are the focal point of many cultural and religious celebrations.

Fireworks were invented in ancient China in the 12th century to scare away evil spirits, as a natural extension of the Chinese invention of gunpowder.

Such important events and festivities as Chinese New Year and the Mid-Autumn Moon Festival were and still are times when fireworks are guaranteed sights. China is the largest manufacturer and exporter of fireworks in the world.

Fireworks are generally classified as to where they perform, either as a ground or aerial firework. In the latter case they may provide their own propulsion (skyrocket) or be shot into the air by a mortar (aerial shell).

The most common feature of fireworks is a paper or pasteboard tube or casing filled with the combustible material, often pyrotechnic stars. A number of these tubes or cases are often combined so as to make, when kindled, a great variety of sparkling shapes, often variously colored.

The skyrocket is a common form of firework, although the first skyrockets were used in war. The aerial shell, however, is the backbone of today's commercial aerial display, and a smaller version for consumer use is known as the festival ball in the United States.

Such rocket technology has also been used for the delivery of mail by rocket and is used as propulsion for most model rockets.


OK then.... hope you like these photos.... The fireworks display took about 20 minutes and eventually I have lots of photos but most of them did not "survive"... 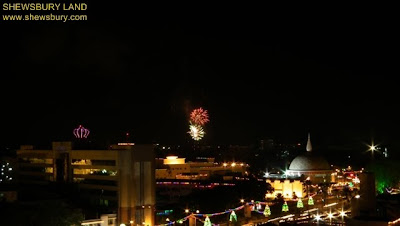 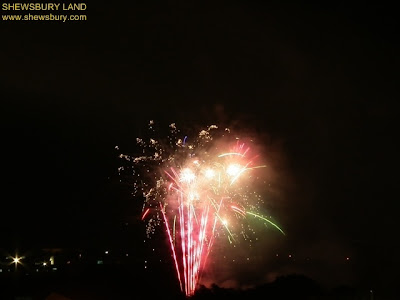 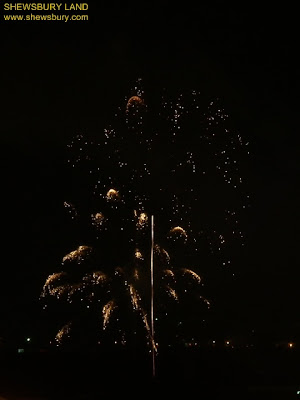 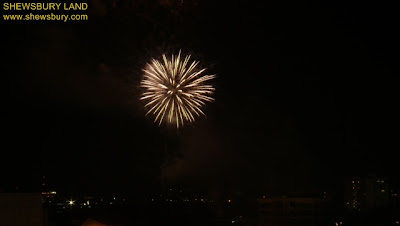 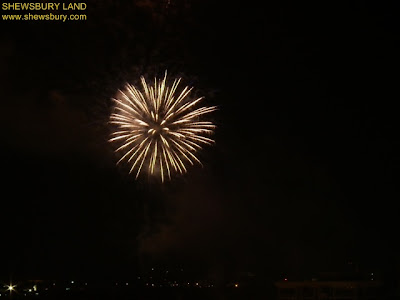 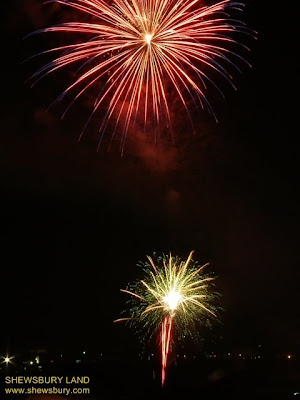 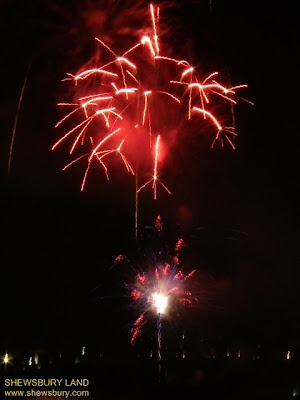 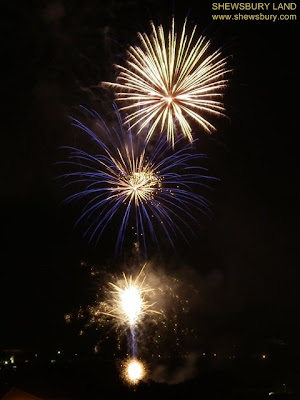 You can continue to see the rest of the photos in here...