Now this is one cool Samurai Gundam.

I'm not sure who designed it, possibly also by Hajime Katoki as he is the one who designed the Musha and Shin Musha - but then again, maybe I'm wrong, just a guess. 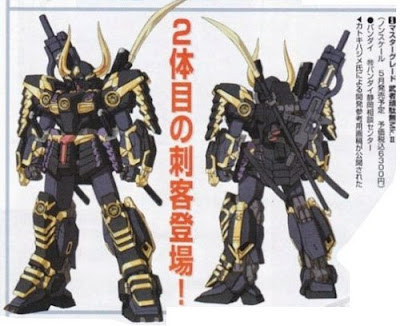 I think I want this... if the leg inner frame is the same as that MG Shin Musha Gundam, surely I'm not the one who will assemble it... I personally feel it's quite difficult.

By the way I found this info and photo from the famous Ngee Khiong's blog.
Email Post
Labels: Gundam