"Moon cakes are Chinese pastries traditionally eaten during the Mid-Autumn Festival. The festival is for lunar worship and moon watching; moon cakes are regarded as an indispensable delicacy on this occasion. Mooncakes are offered between friends or on family gatherings while celebrating the festival, one of the three most important Chinese festivals. 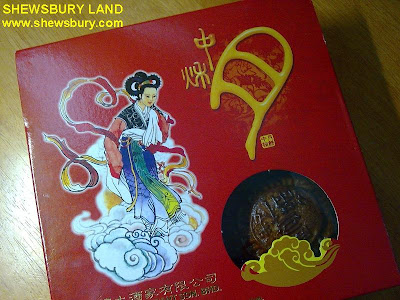 Typical mooncakes are round or rectangular pastries, measuring about 10 cm in diameter and 4-5 cm thick. A thick filling usually made from lotus seed paste is surrounded by a relatively thin (2-3 mm) crust and may contain yolks from salted duck eggs. Mooncakes are rich, heavy, and dense compared with most Western cakes and pastries. They are usually eaten in small wedges accompanied by Chinese tea.

Most mooncakes consist of a thin tender skin enveloping a sweet, dense filling. The mooncake may contain one or more whole salted egg yolks in its center to symbolize the full moon. Very rarely, mooncakes are also served steamed or fried.

Traditional mooncakes have an imprint on top consisting of the Chinese characters for "longevity" or "harmony" as well as the name of the bakery and the filling in the moon cake. Imprints of the moon, the Chang'e woman on the moon, flowers, vines, or a rabbit (symbol of the moon) may surround the characters for additional decoration.

Mooncakes are considered a delicacy; production is labor-intensive and few people make them at home. Most mooncakes are bought at Asian markets and bakeries.

The festival is intricately linked to the legends of Chang E, the mythical Moon Goddess of Immortality. According to “Li-Ji”, an ancient Chinese book recording customs and ceremonies, the Chinese Emperor should offer sacrifices to the sun in spring and the moon in autumn. The 15th day of the 8th lunar month is the day called “Mid-Autumn”. The night on August 15 is also called “Night of the Moon”. Under the Song Dynasty (420), the day was officially declared for Mid-Autumn Festival.

There are many regional variants of the mooncake. Types of traditional mooncakes include:

* Cantonese-style mooncake: The Cantonese style mooncake is the most commonly seen throughout China and overseas[citation needed]. Originating from Guangdong province, the Cantonese style mooncake has up to 200 variations[citation needed]. The ingredients used for the fillings are various: lotus seed paste, melon seed paste, ham, chicken, duck, roast pork, mushrooms, egg yolks, etc. More elaborate versions contain four egg yolks, representing the four phases of the moon. Recent contemporary forms (albeit non-traditional) sold in Hong Kong are even made from chocolate, ice-cream or jelly. [4]

* Suzhou-style mooncake:: This style began more than a thousand years ago, and is known for its layers of flaky dough and generous allotment of sugar and lard. Within this regional type, there are more than a dozen variations. It is also smaller than most other regional varieties. Suzhou-style mooncakes feature both sweet and savoury types, the latter served hot and usually filled with pork mince.

* Chaoshan (Teochew)-style mooncake: This is another flaky crust variety, but is larger in size than the Suzhou variety. It is close in diameter to the Cantonese style, but thinner in thickness. A variety of fillings are used, but the aroma of lard after roasting is emphasised.

* Ningbo-style mooncake: This style is also inspired by the Suzhou-style. It is prevalent in Zhejiang province and has a compact covering. The fillings are either seaweed or ham; it is also known for its spicy and salty flavour.

* Yunnan-style mooncake: Also known as "t'o" to the residents, its distinctive feature is the combination of various flours for the dough and includes rice flour, wheat flour, buckwheat flour, and more. Most of the variations within this style are sweet."

I bought this moon cake from the local famous Chinese restaurant and it is fantastic... Tsukasa love it so much...

The price is SGD 26.00 for 1 box containing 4 moon cakes with lotus seeds and salted egg yolk 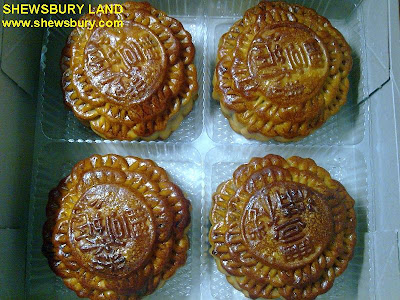 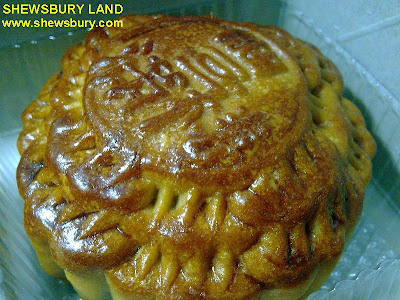 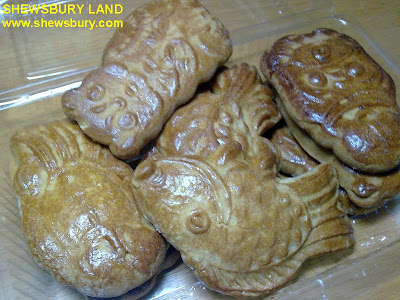 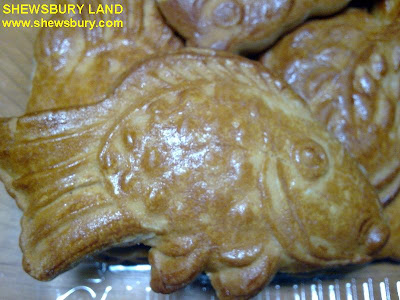 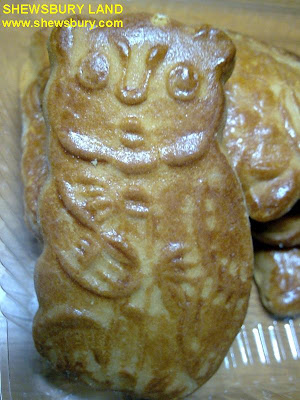 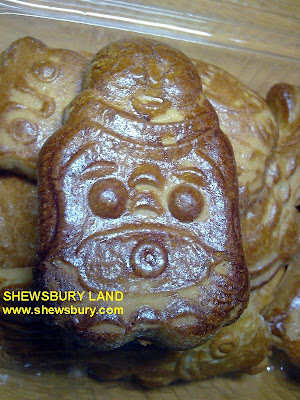 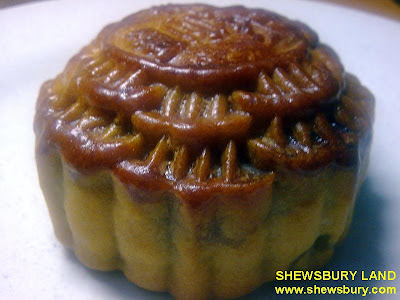 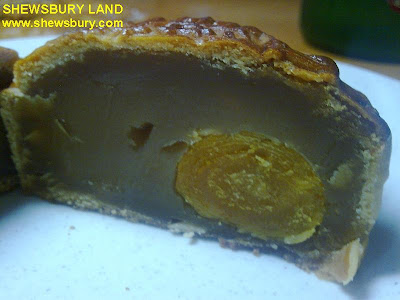 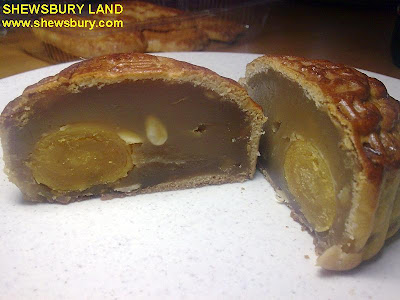 Tsukasa love it so much... 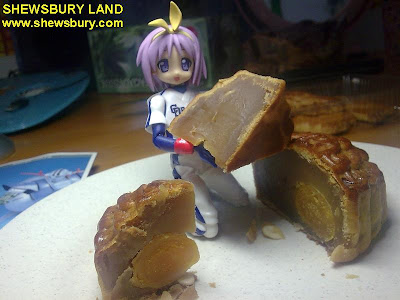 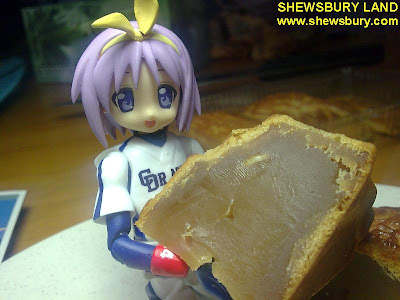 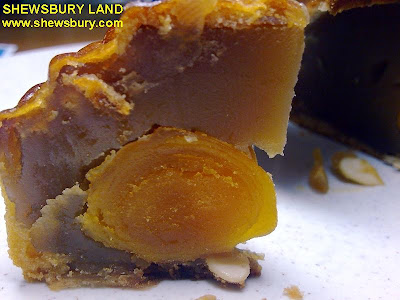 When I was young, I can eat 3 moon cake at a time... I personally love the typical Cantonese type...